Brown was born in Reinerton, Pennsylvania.[1] He enrolled in the Conway Military Band School (later part of Ithaca College) in 1926, studying with famous bandleader Patrick Conway for three years before receiving a music scholarship to the New York Military Academy, where he graduated in 1932. Brown attended college at Duke University from 1932-1936. There he led the group Les Brown and His Blue Devils,[3] who performed regularly on Duke's campus and up and down the east coast. Brown took the band on an extensive summer tour in 1936. At the end of the tour, while some of the band members returned to Duke to continue their education, others stayed on with Brown and continued to tour, becoming in 1938 the Band of Renown. The band's original drummer, Don Kramer, became the acting manager and helped define their future. In 1942, Brown and his band concluded work on an RKO picture, "Sweet and Hot"; played at the Palladium Ballroom, Hollywood. A few years later, in 1945, this band brought Doris Day into prominence with their recording of "Sentimental Journey".[1] The song's release coincided with the end of World War II in Europe and became an unofficial homecoming theme for many veterans.[3] The band had nine other number-one hit songs, including "I've Got My Love to Keep Me Warm".

Les Brown and the Band of Renown performed with Bob Hope on radio, stage and television for almost fifty years. They did 18 USO Tours for American troops around the world, and entertained over three million people. Before the Super Bowls were televised, the Bob Hope Christmas Specials were the highest-rated programs in television history. Tony Bennett was "discovered" by Bob Hope and did his first public performance with Brown and the Band.

The first film that Brown and the band appeared in was Seven Days' Leave (1942) starring Victor Mature and Lucille Ball. Rock-A-Billy Baby, a low-budget 1957 film, was the Band of Renown's second, and in 1963 they appeared in the Jerry Lewis' comedy The Nutty Professor playing their theme song "Leapfrog".[5]

Brown and the Band were also the house band for The Steve Allen Show (1959-1961) and the Dean Martin Show (1965-1972). Brown and the band performed with virtually every major performer of their time, including Frank Sinatra, Ella Fitzgerald and Nat King Cole. The annual Les Brown Big Band Festival, started March 2006 in Les' hometown, features area big bands preserving the songs of the big band era. At the 2012 festival celebrating the 100th birthday anniversary, the town of Reinerton renamed the street near Les' birthplace to Les Brown Lane. In 2013 his hometown of Reinerton, PA adopted as the town's official slogan: Reinerton: The Town of Renown in honor of Les and his band.[]

Les Brown Sr. died of lung cancer in 2001, and was interred in the Westwood Village Memorial Park Cemetery in Los Angeles, California. He was survived by his wife Evelyn, son Les Jr., and daughter Denise. He was 88 years old at the time of his death.

Brown was inducted into the North Carolina Music Hall of Fame in 2010.[7]

On June 25, 2019, The New York Times Magazine listed Les Brown (bandleader) among hundreds of artists whose material was reportedly destroyed in the 2008 Universal fire.[8]

In 2001, Les Brown Jr., born 1940, became the full-time leader of the Band of Renown. It continues to perform throughout the world and have a regular big band show in Branson, Missouri. Brown Jr. also hosts a national radio show on the Music of Your Life network. Brown Jr. was a television actor in the 1960s (Gunsmoke, General Hospital, The Baileys of Balboa, Gilligan's Island), a rock musician and producer who worked with Carlos Santana, and a concert promoter for many country music artists including Merle Haggard and Loretta Lynn. In 2004, Brown Jr. received the "Ambassador of Patriotism" award from the POW Network.

Les Brown bandleader
Les BROWN & His Orchestra "I've Got The World On a String" !!!
Watch   Add to List   Share 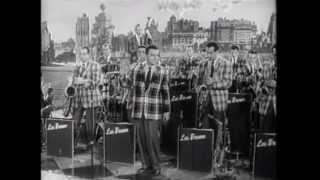 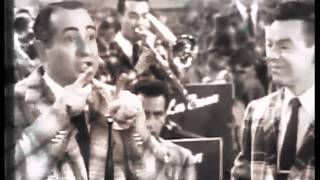 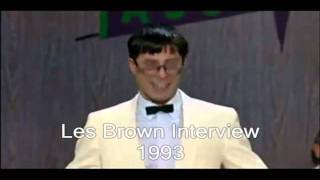 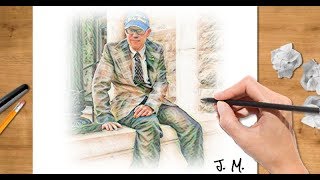 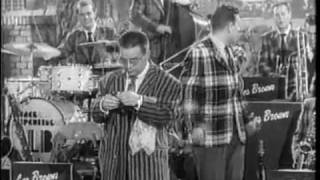 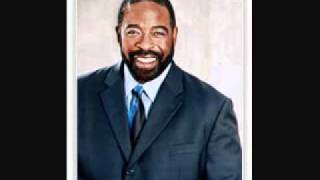 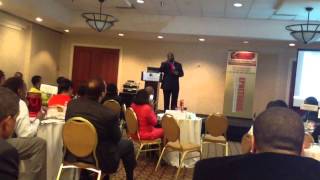 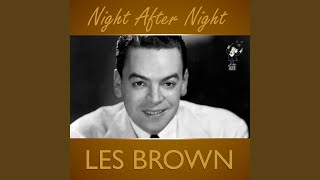 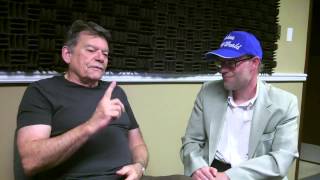 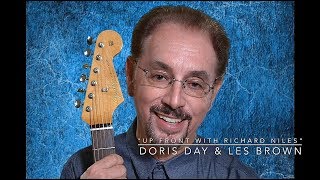 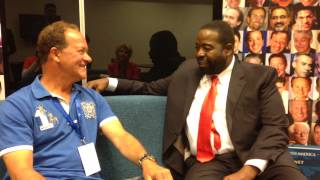 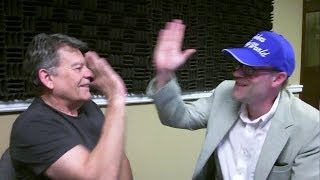 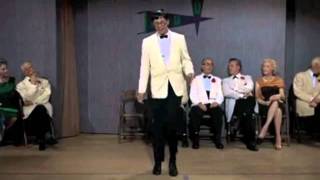 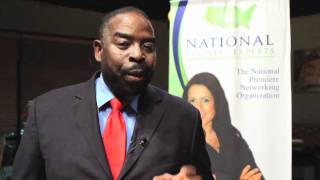 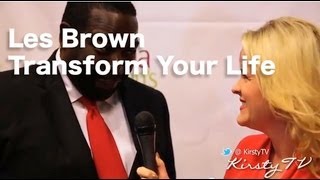