Musical symbols are marks and symbols used since about the 13th century in musical notation of musical scores. Some are used to notate pitch, tempo, metre, duration, and articulation of a note or a passage of music. In some cases, symbols provide information about the form of a piece (e.g., how many repeats of a section) or about how to play the note (e.g., with violin family instruments, a note may be bowed or plucked). Some symbols are instrument-specific notation giving the performer information about which finger, hand or foot to use.

Clefs define the pitch range, or tessitura, of the staff on which it is placed. A clef is usually the leftmost symbol on a staff. Additional clefs may appear in the middle of a staff to indicate a change in register for instruments with a wide range. In early music, clefs could be placed on any of several lines on a staff.

Accidentals modify the pitch of the notes that follow them on the same staff position within a measure, unless cancelled by an additional accidental.

Key signatures define the prevailing key of the music that follows, thus avoiding the use of accidentals for many notes. If no key signature appears, the key is assumed to be C major/A minor, but can also signify a neutral key, employing individual accidentals as required for each note. The key signature examples shown here are described as they would appear on a treble staff.

There is no universally accepted notation for microtonal music, with varying systems being used depending on the situation. A common notation for quarter tones involves writing the fraction ​ next to an arrow pointing up or down. Below are other forms of notation:

A symbol with one vertical and three diagonal bars indicates a sharp with some form of alternate tuning.

In 19 equal temperament, where a whole tone is divided into three steps instead of two, music is typically notated in a way that flats and sharps are not usually enharmonic (thus a C♯ represents a third of a step lower than D♭); this has the advantage of not requiring any nonstandard notation.

Time signatures define the meter of the music. Music is "marked off" in uniform sections called bars or measures, and time signatures establish the number of beats in each. This does not necessarily indicate which beats to emphasize, however, so a time signature that conveys information about the way the piece actually sounds is thus chosen. Time signatures tend to suggest prevailing groupings of beats or pulses.

Dynamics are indicators of the relative intensity or volume of a musical line.

Other commonly used dynamics build upon these values. For example, "pianississimo" (represented as ppp) means "so softly as to be almost inaudible", and "fortississimo" (fff) means "extremely loud". Dynamics are relative, and the meaning of each level is at the discretion of the performer or, in the case of ensembles, the conductor. However, modern legislation to curb high noise levels in the workplace in an effort to prevent damage to musicians' hearing has posed a challenge to the interpretation of very loud dynamics in some large orchestral works, as noise levels within the orchestra itself can easily exceed safe levels when all instruments are playing at full volume.[10]

A small s in front of the dynamic notations means subito (meaning "suddenly" in Italian), and means that the dynamic is to change to the new notation rapidly. Subito is commonly used with sforzandos, but can appear with all other dynamic notations, most commonly as sff (subitofortissimo) or spp (subitopianissimo).

Another value that rarely appears is niente or n, which means "nothing". This may be used at the end of a diminuendo to indicate "fade out to nothing".

Articulations (or accents) specify how to perform individual notes within a phrase or passage. They can be fine-tuned by combining more than one such symbol over or under a note. They may also appear in conjunction with phrasing marks listed above.

8va and 15ma are sometimes abbreviated further to 8 and 15. When they appear below the staff, the word bassa is sometimes added.

The guitar has a fingerpicking notation system derived from the names of the fingers in Spanish or Latin. They are written above, below, or beside the note to which they are attached. They read as follows:

Pedal marks appear in music for instruments with sustain pedals, such as the piano, vibraphone and chimes.

(With the exception of harp)

Numbers for six-mallet percussion may be reversed as well.[15] 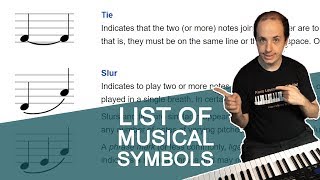 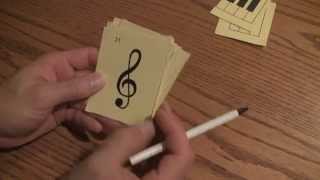 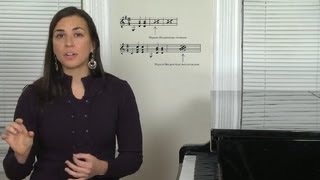 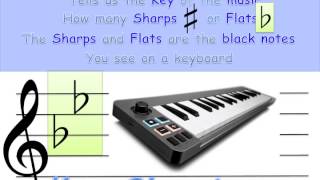 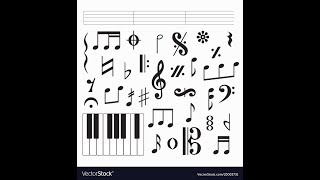 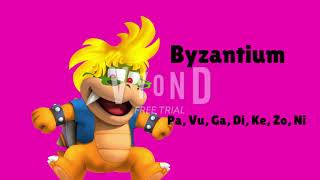 Musical Notation - Learning Music for Kids - The quarter note, the half note and the whole note
Watch   Add to List   Share 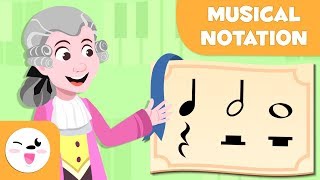 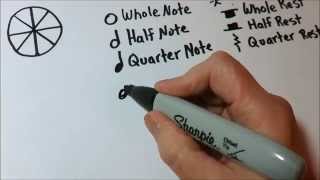 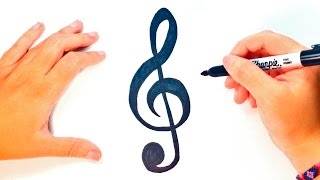 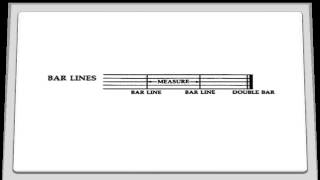 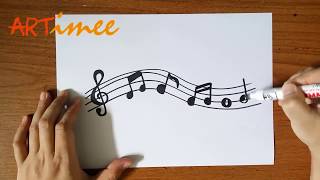 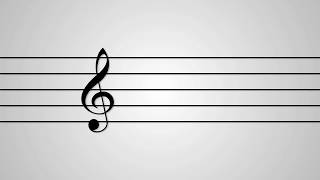 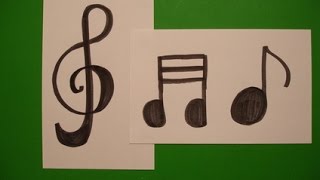 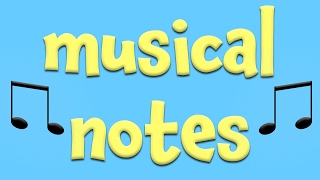 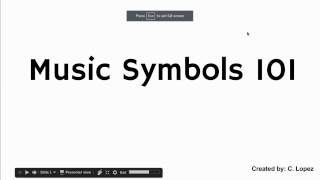 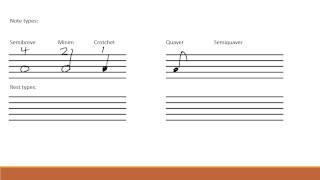 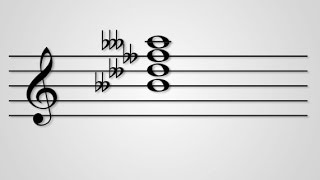 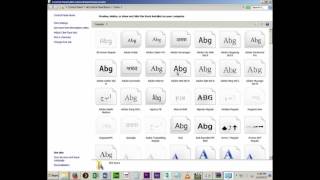 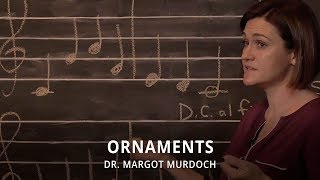 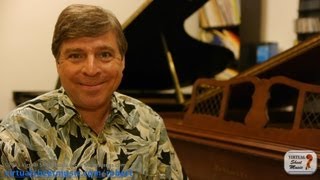