Littleton is the Home Rule Municipality in Arapahoe, Douglas, and Jefferson counties that is the county seat of Arapahoe County, Colorado, United States.[8][9] The city is a part of the Denver-Aurora-Lakewood, CO Metropolitan Statistical Area. The city population was 41,737 at the 2010 United States Census, ranking as the 20th most populous municipality in the State of Colorado.

The city of Littleton's history dates back to the 1859 Pike's Peak Gold Rush, which brought not only gold seekers, but merchants and farmers to the community. Richard Sullivan Little was an engineer from New Hampshire who made his way out West to work on irrigation systems. Little soon decided to settle in the area at present day Littleton and brought his wife Angeline out from the East in 1862. The Littles, along with many neighbors, built the Rough and Ready Flour Mill in 1867, which provided a solid economic base in the community. By 1890, the community had grown to 245 people and the residents voted to incorporate the Town of Littleton.[10]

Littleton grew significantly throughout the 1950s and 1960s due to its proximity to Martin Marietta facilities, which produced the Titan rocket and other aerospace products.

Littleton twinned with Bega, Australia in 1961 as one of the earliest sister cities.

Littleton became widely known in 1999 when the Columbine High School massacre occurred at Columbine High School, where two of the school's students, Eric Harris and Dylan Klebold, murdered 12 students and one teacher, injured 24 others and then killed themselves.[11] News media wrongly reported that the incident happened in the city, because the school's ZIP code is primarily associated with Littleton.[12] The school is actually located in adjacent Columbine, an unincorporated community, which is not a place name accepted by the U.S. Postal Service;[12] by default, locations in ZIP code 80123 use "Littleton" in their mailing addresses.[13] Columbine High School is in the Jefferson County school system and is not one of the Littleton Public Schools.[14][15]

Littleton lies on the South Platte River in the Colorado Piedmont region of the Great Plains a few miles east of the Front Range of the Southern Rocky Mountains.[17][19][20] Most of the city lies on the east side of the river. Several small tributaries of the river flow northwest through the city; from north to south, these include Big Dry Creek, Slaughterhouse Gulch, Lee Gulch, and Dad Clark Gulch. In addition, there are several small lakes and reservoirs located along the river in the southwestern part of the city. Immediately west of the river are Cooley Lake, Bufflehead Lake, South Platte Reservoir, Eaglewatch Lake, Redtail Lake, and Blackrock Lake. East of the river lie Wolhurst Lake and McLellen Reservoir which is fed and drained by Dad Clark Gulch. Chatfield Reservoir lies immediately southwest of the city.[17] As a suburb of Denver, Littleton is part of the Denver-Aurora metropolitan area and the Front Range Urban Corridor.[22] It shares a border with Denver and Englewood on the north, Greenwood Village on the northeast, Centennial on the east, Highlands Ranch on the south, Columbine and Columbine Valley on the west, and Bow Mar on the northwest.[21]

Unlike most county seats of suburban counties, Littleton is on the same house numbering grid, including its downtown, as the major city, in this case, Denver.

As of 2013, 66.8% of the population over the age of 16 was in the labor force. 0.1% was in the armed forces, and 66.7% was in the civilian labor force with 61.2% employed and 5.5% unemployed. The occupational composition of the employed civilian labor force was: 44.4% in management, business, science, and arts; 25.0% in sales and office occupations; 17.8% in service occupations; 6.6% in production, transportation, and material moving; 6.2% in natural resources, construction, and maintenance. The three industries employing the largest percentages of the working civilian labor force were: educational services, health care, and social assistance (20.1%); professional, scientific, and management, and administrative and waste management services (14.1%); retail trade (11.2%).[25]

Littleton is a Home Rule Municipality with a council-manager form of government.[27][28] The city council makes policy for the city, approves the annual city budget, and determines annual property tax rates. The council consists of seven members. For representative purposes, the city is divided into four legislative districts with one council member elected from each for a four-year term. The three remaining council members are elected at-large, two for a four-year term and one for a two-year term. General elections for city council are held in odd-numbered years with four seats up for election. The council elects one member to serve as mayor and another to serve as mayor pro tempore.[29] The city manager implements the council's policies and oversees day-to-day administration of the city government and its departments.[27]

The place name "Littleton" is assigned to eleven ZIP codes which cover a vast area west, east, and south of the city much larger than the city itself. This area includes the following unincorporated communities:

In addition, an extreme southwest portion of Denver, the Marston neighborhood, is located in a ZIP code (80123) with "Littleton" as the preferred place name for use in mailing addresses, though "Denver" is also acceptable. The Federal Correctional Institution, Englewood, also located in this ZIP code, is neither in Littleton[33] nor Englewood, but in unincorporated Jefferson County.[34]

The Colorado Center for the Blind, a skills training program for blind teenagers and adults operated by the National Federation of the Blind, is located in Littleton.

Since July 2000, Littleton has been served by the Regional Transportation District's light rail system.

Candlelight Walk
The Candlelight Walk is a Littleton tradition, featuring an evening of holiday festivities, culminating in the illumination of the trees on Main Street.

The Littleton Twilight Criterium occurs in the late summer in Historic Downtown Littleton on a 0.8-mile course. The event features famous athletes, concerts, and a cruiser ride for the general public.[35]

Composer, arranger and pianist Dave Grusin was born and raised in Littleton. He is the winner of an Academy Award and numerous Grammys.

South Park co-creator Matt Stone attended Heritage High School in Littleton, and aspects of the animated television show are loosely based on the city. The show's series editor Thomas M. Vogt is also from Littleton.

Former Us Weekly and current Hollywood Reporter Editor-in-Chief Janice Min is from Littleton.

Several actors were born and raised in Littleton, including Emmy-nominated actress Molly Burnett from NBC's Days of Our Lives and Hollywood Heights star Cody Longo.

Actor Hayden Byerly, who plays Jude Jacob Adams Foster on the TV series The Fosters, was raised in Littleton until the age of ten.

Siblings Riker Lynch, Rydel Lynch, Rocky Lynch and Ross Lynch, who are best known as members of the pop-rock band R5, were born and raised in Littleton until they moved to Los Angeles in 2007.

Supergirl and Glee star Melissa Benoist was raised in Littleton.

The Cow Chop YouTube channel was also set in Littleton but was kicked out due to the destruction of their house so they now reside in Los Angeles, California.

Littleton native, Navy SEAL Danny Dietz was killed in action in 2005 and received the Navy Cross in 2006. 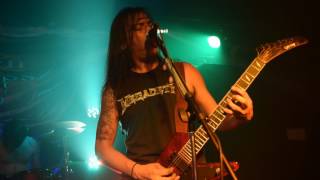 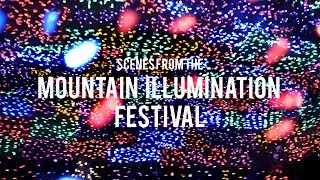 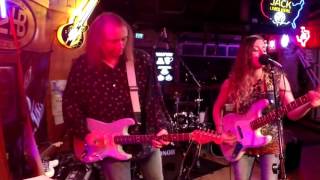 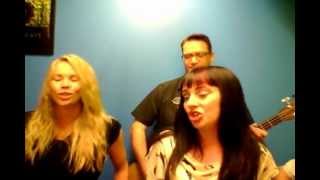 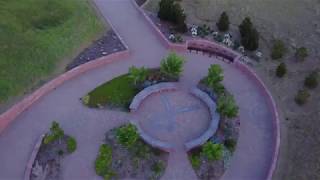 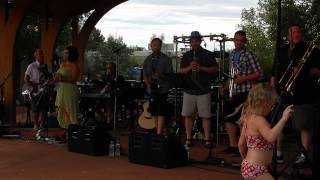 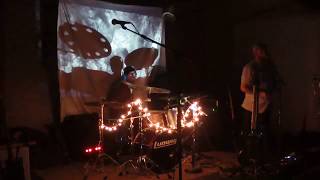 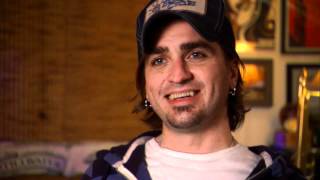 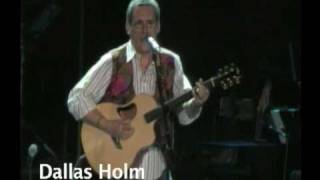 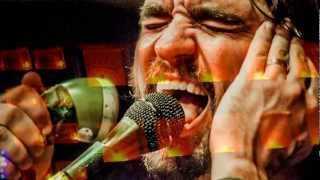 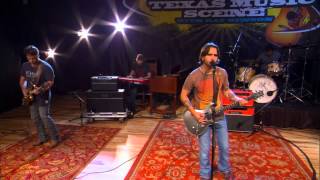 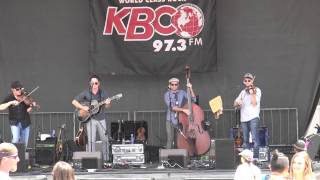 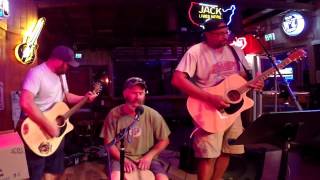 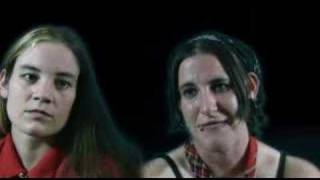 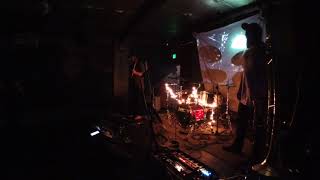 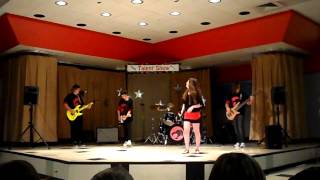 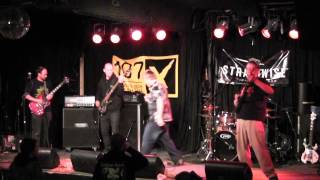 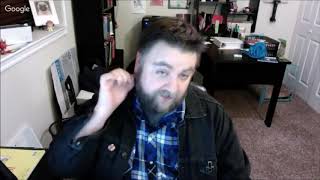 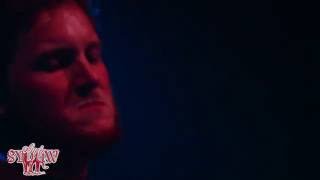