On September 21, 1881, Rutherford became the first borough to be formed under the terms of the New Jersey Legislature's Borough Act of 1878, based on a referendum of voters that passed the previous day. Rutherford Borough was fully separated from the township form of government in 1890 and acquired an additional portion of Union Township in that year. On April 17, 1889, Boiling Springs Township was created from the northern portion of Union Township. This township was dissolved with the creation of the coterminous Borough of East Rutherford as of March 28, 1894. The borough of North Arlington was created as of March 11, 1896, as the result of a referendum that took place two days earlier. Finally, on March 27, 1917, the residents of the remaining portions of Union Township passed a referendum to change the name to Lyndhurst Township, which became effective as of May 15, 1917.[21] The township is named for Lord Lyndhurst.[22]

Kingsland is a former post village within the township.[23] The Kingsland family possessed a large tract of land in the area known as Kingsland Manor. In 1872, the Delaware, Lackawanna and Western Railroad established a railway through the township, and erected a depot in the area named "Kingsland" in honor of the family. A railroad shop was built, and houses erected for the railroad employees. Church services were held in the train depot.[24]

On January 11, 1917, a fire started in Building 30 of the Canadian Car and Foundry Company, in what is now Lyndhurst, in a plant that was producing munitions for sale to the United Kingdom and the Russian Empire during World War I. After a spill of flammable liquid started a fire in a building where shells were cleaned, about 500,000, three-inch (76 mm) explosive shells were discharged in about four hours, destroying the entire facility.[25] It was said to have been a spectacle more magnificent than the explosion at Black Tom in Jersey City, New Jersey.

Tessie McNamara, who operated the company switchboard, was credited with saving 1,400 lives, contacting each of the buildings and shouting the warning, "Get out or go up!" Thanks to her dedication, no one was killed in the fire.[26] The Lyndhurst Historical Society has created a vest pocket park dedicated to the memory of McNamara.[27] The park is located on Clay Avenue, between Valley Brook Avenue and Wall Street West. The brick stack[clarification needed] can be seen from this park.

Unincorporated communities, localities and place names located partially or completely within the township include Kingsland and South Rutherford.[28]

The township borders North Arlington and Rutherford in Bergen County; Belleville and Nutley in Essex County; Kearny and Secaucus in Hudson County; and Clifton in Passaic County.[29][30][31]

The Passaic River, crossed by the Avondale Bridge and the Lyndhurst Draw, creates the municipal and county border at the west. The eastern portion of the municipality is part of the uninhabited wetlands in the New Jersey Meadowlands.

As of the 2000 Census, 33.8% of township residents were of Italian ancestry, the 19th-highest percentage of any municipality in the United States, and eighth-highest in New Jersey, among all places with more than 1,000 residents identifying their ancestry.[47]

Lyndhurst was historically home to manufacturers of machinery and metal products.[]

Lyndhurst is also home to several locally owned and operated businesses such as Mazur's Bakery[48] and the Lyndhurst Pastry Shop, which produces regionally-acclaimed Italian cakes and pastries, homemade Italian Ice during the spring, summer and fall. The main business sections are Valley Brook Avenue, Ridge Road, and Stuyvesant Avenue. Lyndhurst has many neighborhood delis, eateries, restaurants, and stores which allow residents the ability to walk rather than drive.

Because portions of the township are located in the New Jersey Meadowlands, a number of radio stations have their transmitters and towers located in Lyndhurst. These include AM stations WINS-1010, WSNR-620, and WLIB-1190 along with as Amateur Radio and HD TV station W2INS.[49]

Lyndhurst Meadowlands is home to one of nine Medieval Times dinner theaters nationwide.[50]

Lyndhurst, together with North Arlington and Rutherford, was the site of the EnCap project, an effort to remediate landfills on the 785-acre (3.18 km2) site and construct homes and golf courses on top of the cleaned-up site. On May 27, 2008, the New Jersey Meadowlands Commission terminated its agreement with EnCap Golf Holdings, the company that had the contract to redevelop the site, after the company had missed targets to clean up the landfills as part of the project.[51]

At one time LJN Toys had its headquarters in Lyndhurst.[52]

From 1946 until 1966, Lyndhurst was home to the BUR Barbell Company, the second-largest producer of weight training equipment in the United States.[]

The township named Lewandowski Park and Lewandowski Street in honor of the three Lewandowski brothers, who were killed while serving in the armed forces during World War II.[57][58][59]

The Township of Lyndhurst has been governed under the Walsh Act form of New Jersey municipal government since 1913.[60][61] The township is one of 30 municipalities (of the 565) statewide that use the commission form of government.[62] The governing body is comprised of five commissioners, who are elected concurrently at-large on a non-partisan basis to four-year terms of office as part of the May municipal election. At a reorganization meeting held after each election each of the five members is assigned a department to oversee and the commissioners select a mayor from among its five members.[7]

Lyndhurst is located in the 9th Congressional District[65] and is part of New Jersey's 36th state legislative district.[10][66][67]

For the 2018-2019 session (Senate, General Assembly), the 36th Legislative District of the New Jersey Legislature is represented in the State Senate by Paul Sarlo (D, Wood-Ridge) and in the General Assembly by Gary Schaer (D, Passaic) and Clinton Calabrese (D, Cliffside Park).[73][74] Calabrese was sworn into office on February 8, 2018 to fill the seat of Marlene Caride, who had resigned from office on January 16, 2018 after being nominated to head the New Jersey Department of Banking and Insurance.[75][76] Public school students from the borough, and all of Bergen County, are eligible to attend the secondary education programs offered by the Bergen County Technical Schools, which include the Bergen County Academies in Hackensack, and the Bergen Tech campus in Teterboro or Paramus. The district offers programs on a shared-time or full-time basis, with admission based on a selective application process and tuition covered by the student's home school district.[119][120]

Founded in 1956, Sacred Heart School is a Catholic elementary school serving students in grades K-8 that operates under the auspices of the Roman Catholic Archdiocese of Newark.[121][122]

Bergen Community College has a campus in Lyndhurst.[123] Nearby colleges and universities include Farleigh Dickinson University (Teaneck / Hackensack campus) and Felician College in Lodi and Rutherford.

The Lyndhurst Police Department (LPD) provides emergency and protective services to the township of Lyndhurst and is led by Chief James B. O'Connor.[124] The LPD was established on January 1, 1907, under the laws of Union Township. The department has lost four officers in the line of duty; which is higher than any other municipality in Bergen County.[125]

The Lyndhurst Fire Department (LFD) is an all-volunteer fire department. The LFD was organized in February 1886. The department is staffed by 70 fully trained firefighters and responds to an average of 600 calls per year.[127]

The township of Lyndhurst runs both a volunteer and a paid ambulance service. Residents can use the Lyndhurst Police Emergency Squad for emergency services. The volunteers respond to medical calls from 6pm to 6am Monday through Friday and on a 24-hour basis on weekends, while the paid division is staffed from 6am-6pm during the week. Residents do not pay for services provided.[128]

The New Jersey Turnpike Western Spur (I-95) northbound in Lyndhurst

Route 17 and County Route 507 pass through Lyndhurst. Route 3 is just over the northern border of Lyndhurst in neighboring Rutherford. Route 21 is across the Passaic River in neighboring Nutley and Clifton.

The New Jersey Turnpike Western Spur (Interstate 95) passes through the southeastern part, but the closest interchanges are in East Rutherford (Exit 16W) and Kearny (Exit 15W).[130]

The Avondale-DeJessa Bridge, which connects Lyndhurst and Nutley over the Passaic River with one lane in each direction, carries more than 26,000 vehicles a day, and is among 22 bridges in Bergen County that have been classified as "structurally deficient".[131]

NJ Transit has two train stations in Lyndhurst, located at Lyndhurst Station[132] and Kingsland Station.[133] Trains at both stations operate on the Main Line to Hoboken Terminal, with transfers available at Secaucus Junction to New York Penn Station, Newark Penn Station, and Newark Airport, with transfers at Hoboken to PATH trains, Hudson Bergen Light Rail, and New York Waterway ferries.[134] The trains travel over the Lyndhurst Draw, a railroad bridge crossing the Passaic River between Clifton and Lyndhurst that was constructed in 1901 and is owned and operated by NJ Transit Rail Operations.[135]

People who were born in, residents of, or otherwise closely associated with Lyndhurst include:

Lyndhurst is home to the following locations on the National Register of Historic Places:[163]

Lyndhurst has made several appearances on the hit TV series The Sopranos.[166] 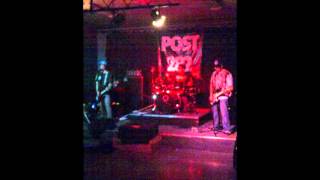 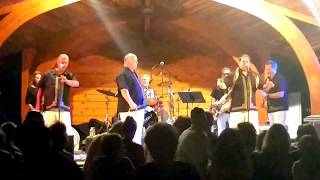 Concert by 'Beginnings : A Tribute to the Music of Chicago' July 13 2018 Lyndhurst NJ Park PART 2
Watch   Add to List   Share 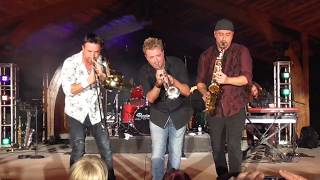 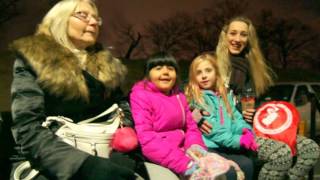 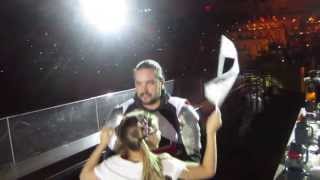 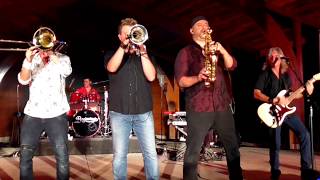 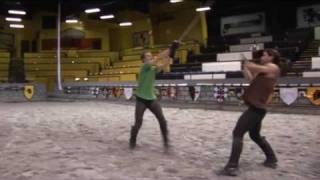 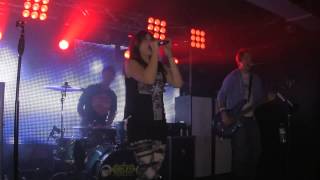 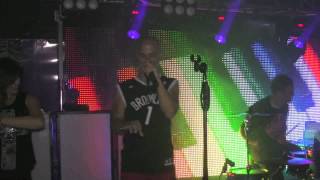 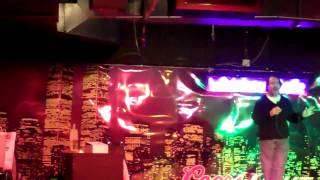 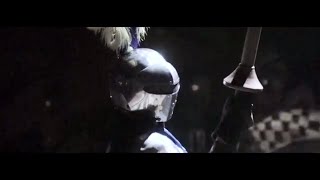 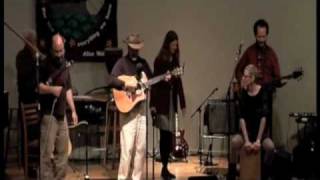 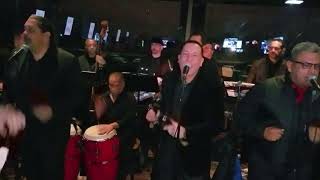 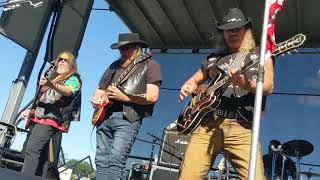 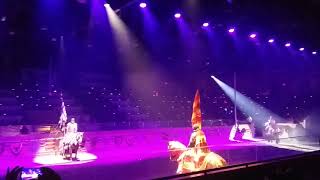 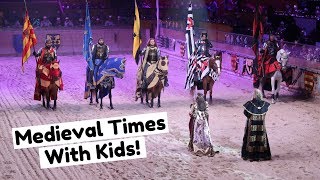 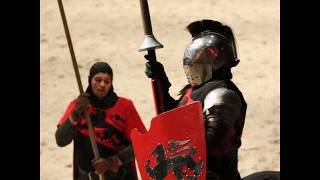 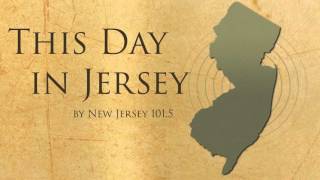 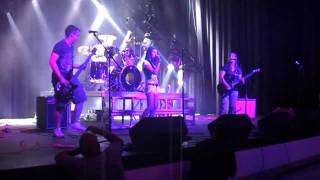