Mackinac County is a county in the Upper Peninsula of the U.S. state of Michigan. As of the 2010 census, the population was 11,113.[3] The county seat is St. Ignace.[4] Formerly known as Michilimackinac County, in 1818 it was one of the first counties of the Michigan Territory, as it had long been a center of French and British colonial fur trading, a Catholic church and Protestant mission, and associated settlement.[1]

The county's name is believed to be shortened from "Michilimackinac", which referred to the Straits of Mackinac area as well as the French settlement at the tip of the lower peninsula.[1] An 1835 Map Of Michigan shows the "Township of Michilimackinac" encompassing the Upper Peninsula and the entirety of Northern Michigan. As settlers arrived between 1840 and 1853, the state broke up the single Michilimackinac County and established platted counties across Northern Michigan.

Michilimackinac County was created on October 26, 1818, by proclamation of territorial governor Lewis Cass. The county originally encompassed the Lower Peninsula of Michigan north of Macomb County and almost the entire present Upper Peninsula. As later counties were settled and organized, they were divided from this territory.

Mackinac County is home to the Mackinac Bands of Chippewa and Ottawa Indians, a Native American tribe located in St. Ignace.

St. Ignace is the northern terminus of the Mackinac Bridge. Mackinac Island is within the county.

Due to its sparse population, the county has no weather stations.

M-185 does not allow motor vehicles with the exception of emergency vehicles.

There were 5,024 households of which 20.9% had children under the age of 18 living with them, 51.3% were married couples living together, 8.1% had a female householder with no husband present, and 35.9% were non-families. 31.0% of all households were made up of individuals and 14.3% had someone living alone who was 65 years of age or older. The average household size was 2.19 and the average family size was 2.7.

Mackinac County is part of the Roman Catholic Diocese of Marquette.[14][15]

The county government operates the jail, maintains rural roads, operates the major local courts, keeps files of deeds and mortgages, maintains vital records, administers public health regulations, and participates with the state in the provision of welfare and other social services. The county board of commissioners controls the budget but has only limited authority to make laws or ordinances. In Michigan, most local government functions — police and fire, building and zoning, tax assessment, street maintenance, etc. — are the responsibility of individual cities and townships.

There are 34 official state historical markers in the County:[19]

The following television stations can be received in St. Ignace:

The following stations can be heard in St. Ignace: 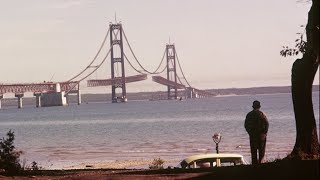 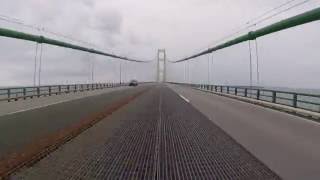 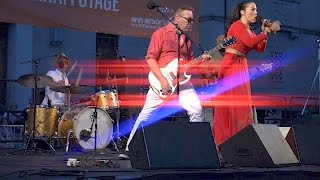 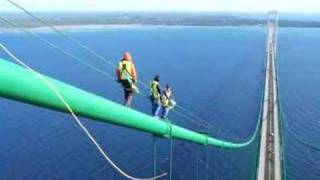 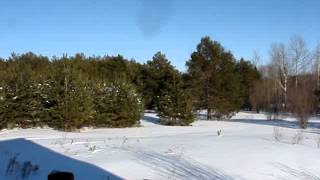 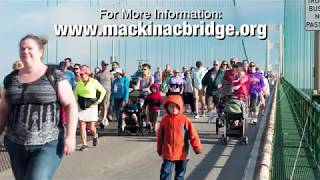 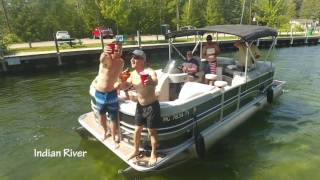 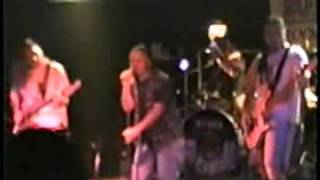 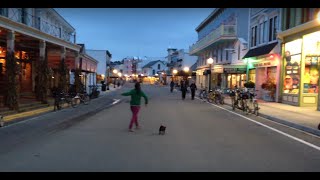 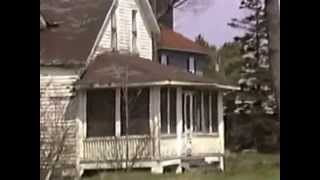 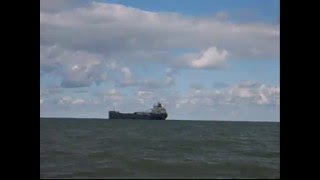 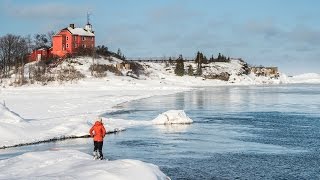 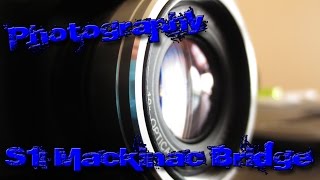 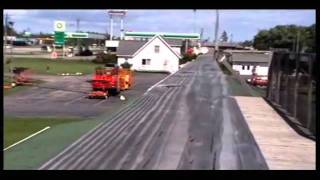 Climb Up to the top of the Mackinac Bridge, South Tower (GoPro)
Watch   Add to List   Share 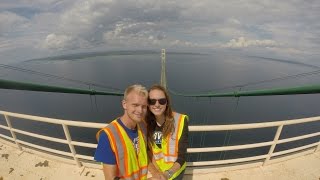 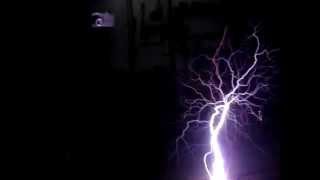