Macon , officially Macon-Bibb County, is a consolidated city-county in the U.S. state of Georgia. Macon lies near the state's geographic center, about 85 miles (137 km) southeast of Atlanta--hence the city's nickname, "The Heart of Georgia".

Located near the fall line of the Ocmulgee River, Macon had a 2019 estimated population of 153,159.[4] It is the principal city of the Macon Metropolitan Statistical Area, which had an estimated population of 228,914 in 2017. Macon is also the largest city in the Macon-Warner Robins Combined Statistical Area (CSA), a larger trading area with an estimated 420,693 residents in 2017; the CSA abuts the Atlanta metropolitan area just to the north.

In a 2012 referendum, voters approved the consolidation of the governments of the City of Macon and Bibb County, and Macon became Georgia's fourth-largest city (just after Columbus). The two governments officially merged on January 1, 2014.[5]

The city has several institutions of higher education, as well as numerous museums and tourism sites. The area is served by Middle Georgia Regional Airport and Herbert Smart Downtown Airport. The mayor is Lester Miller.

Macon was founded on the site of the Ocmulgee Old Fields, where the Creek Indians lived in the 18th century. Their predecessors, the Mississippian culture, built a powerful chiefdom (950-1100 AD) based on the practice of agriculture. The Mississippian culture constructed earthwork mounds for ceremonial, burial, and religious purposes. The areas along the rivers in the Southeast had been inhabited by indigenous peoples for 13,000 years before Europeans arrived.[6]

Macon developed at the site of Fort Benjamin Hawkins, built in 1809 at the fall line of the Ocmulgee River to protect the community and to establish a trading post with Native Americans. The fort was named in honor of Benjamin Hawkins, Superintendent of Indian Affairs for the Southeast territory south of the Ohio River for more than 20 years. He lived among the Creek and was married to a Creek woman. This was the most inland point of navigation on the river from the Low Country. President Thomas Jefferson forced the Creek to cede their lands east of the Ocmulgee River and ordered the fort built. (Archeological excavations in the 21st century found evidence of two separate fortifications.)[7]

Fort Hawkins guarded the Lower Creek Pathway, an extensive and well-traveled American Indian network later improved by the United States as the Federal Road from Washington, D.C., to the ports of Mobile, Alabama and New Orleans, Louisiana.[7] A gathering point of the Creek and U.S. cultures for trading, it was also a center of state militia and federal troops. The fort served as a major military distribution point during the War of 1812 against Great Britain and also during the Creek War of 1813. Afterward, the fort was used as a trading post for several years and was garrisoned until 1821. It was decommissioned about 1828 and later burned to the ground. A replica of the southeast blockhouse was built in 1938 and still stands today on a hill in east Macon. Part of the fort site was occupied by the Fort Hawkins Grammar School. In the 21st century, archeological excavations have revealed more of the fort's importance, and stimulated planning for additional reconstruction of this major historical site.[7]

As many Europeans had already begun to move into the area, Fort Hawkins was renamed "Newtown." After the organization of Bibb County in 1822, the city was chartered as the county seat in 1823 and officially named Macon. This was in honor of the North Carolina statesman Nathaniel Macon,[8] because many of the early residents of Georgia hailed from North Carolina. The city planners envisioned "a city within a park" and created a city of spacious streets and parks. They designated 250 acres (1.0 km2) for Central City Park, and passed ordinances requiring residents to plant shade trees in their front yards.

The city thrived due to its location on the Ocmulgee River, which enabled shipping to markets. Cotton became the mainstay of Macon's early economy,[9] based on the enslaved labor of African Americans. Macon was in the Black Belt of Georgia, where cotton was the commodity crop. Cotton steamboats, stage coaches, and later, in 1843, a railroad increased marketing opportunities and contributed to the economic prosperity of Macon. In 1836, the Georgia Conference of the Methodist Episcopal Church founded Wesleyan College in Macon. Wesleyan was the first college in the United States chartered to grant degrees to women.[10] In 1855, a referendum was held to determine a capital city for Georgia. Macon came in last with 3,802 votes.[11]

During the American Civil War, Macon served as the official arsenal of the Confederacy[9] manufacturing percussion caps, friction primers, and pressed bullets.[12] Camp Oglethorpe, in Macon, was used first as a prison for captured Union officers and enlisted men. Later it held officers only, up to 2,300 at one time. The camp was evacuated in 1864.[13]

Macon City Hall, which served as the temporary state capitol in 1864, was converted to a hospital for wounded Confederate soldiers. The Union General William Tecumseh Sherman spared Macon on his march to the sea. His troops had sacked the nearby state capital of Milledgeville, and Maconites prepared for an attack. Sherman, however, passed by without entering Macon.

The Macon Telegraph wrote that, of the 23 companies which the city had furnished the Confederacy, only enough men survived and were fit for duty to fill five companies by the end of the war. The human toll was very high.[14]

In the twentieth century, Macon grew into a prospering town in Middle Georgia. It began to serve as a transportation hub for the entire state. In 1895, the New York Times dubbed Macon "The Central City," in reference to the city's emergence as a hub for railroad transportation and textile factories.[16]Terminal Station was built in 1916.[17]

Downtown Macon in the early 1900s, looking northeast near the intersections of Cotton Avenue, First Street and Poplar Street.

In 1994 Tropical Storm Alberto made landfall in Florida bringing 24 inches (61 cm) of rain, which resulted in major flooding in Georgia. Macon was one of the cities to suffer the worst flooding.[18]

On May 11, 2008, an EF2 tornado touched down in nearby Lizella. The tornado then moved northeast to the southern shore of Lake Tobesofkee then continued into Macon and lifted near Dry Branch in Twiggs County. The tornado produced sporadic areas of major damage. Widespread straight-line wind damage was also produced along and south of the track of the tornado. The most significant damage was in Macon along Eisenhower Parkway and Pio Nono Avenue where two businesses were destroyed and several others were heavily damaged. Middle Georgia State College was also damaged by the tornado, snapping or uprooting around 50% of the campus trees and doing significant damage to several buildings on campus, with the gymnasium sustaining the worst damage. This tornado varied in intensity from EF0 to EF2 with the EF2 damage and winds up to 130 miles per hour (210 km/h) occurring near the intersection of Eisenhower Parkway and Pio Nono Avenue. Total path length was 18 miles (29 km) with a path width of 100 yards (91 m).[]

In 2012, voters in Macon and Bibb County approved a new consolidated government between the city and county, making the city's new boundary lines the same as the county's and reversing the annexation of a small portion of the city that once lay in Jones County.[5]

Under the consolidation, the governments of Macon and Bibb County were replaced with a single mayor and a nine-member countywide commission elected to office by county districts. A portion of Macon that extends into nearby Jones County was disincorporated from Macon. Robert Reichert is the first mayor of Macon-Bibb after the election in September 2013 and a runoff with C. Jack Ellis in October.[23][24][25][26]

The Ocmulgee River is a major river that runs through the city. Macon is one of Georgia's three major Fall Line Cities, along with Augusta and Columbus. The Fall Line is where the hilly lands of the Piedmont plateau meet the flat terrain of the coastal plain. As such, Macon has a varied landscape of rolling hills on the north side and flat plains on the south. The fall line, where the altitude drops noticeably, causes rivers and creeks in the area to flow rapidly toward the ocean. In the past, Macon and other Fall Line cities had many textile mills powered by the rivers.

Downtown Macon at night in 2008 Malls include: The Shoppes at River Crossing, Macon Mall, and Eisenhower Crossing. Traditional[clarification needed] shopping centers are in the downtown area, and Ingleside Village.[64]

Robins Air Force Base, the largest single-site industrial complex in the state of Georgia,[65] is just 10 miles south of Macon on Highway 247 next to the city of Warner Robins.

A statue of Otis Redding

The Macon Symphony Orchestra,[68] a youth symphony, and the Middle Georgia Concert Band perform at the Grand Opera House in downtown Macon.[69] The first Mayor, Robert Reichert is the present mayor after being re-elected in 2016. Mayor Reichert is a former member of the Georgia House of Representatives District 126.[82] Macon has a substantial number of local television and radio stations. It is also served by two local papers.

Gone with the Wind

In Margaret Mitchell's novel Gone with the Wind, Aunt Pittypat's coachman, Uncle Peter, "pertecked" her when she "refugeed" to Macon during Sherman's assault on Atlanta and "quired" a horse so that, after the fighting was over, he could bring her back to Atlanta through a war-torn countryside.

U.S. Senator Augustus Bacon, of Georgia, in his 1911 will, devised land in Macon in trust, to be used as a public park for the exclusive benefit of white people. The park, known as Baconsfield, was operated in that manner for many years. In Evans v. Newton,[96] the Supreme Court of the United States held that the park could not continue to be operated on a racially discriminatory basis. The Supreme Court of Georgia thereupon declared "that the sole purpose for which the trust was created has become impossible of accomplishment" and remanded the case to the trial court, which held cy-près doctrine to be inapplicable, since the park's segregated character was an essential and inseparable part of Bacon's plan. The trial court ruled that the trust failed, and that the property reverted to Bacon's heirs. The Supreme Court of Georgia[97] and the U.S. Supreme Court affirmed.[98] The 50-acre (20 ha) park was lost and commercially developed.[99]

The Macon Transit Authority (MTA) is Macon's public-transit system, operating the Public Transit City Bus System throughout Macon-Bibb County. Most commuters in Macon and the surrounding suburbs use private automobiles as their primary transportation. This results in heavy traffic during rush hour and contributes to Macon's air pollution. The MTA has a total of 10 city bus routes and an express bus that serves suburban Warner Robins just south of the city.[]

Macon Transit Authority has a tourist trolley system. The trolleys have offered tours of the downtown Macon area since 1999. The tours consist of all of the major historical sites such as the Georgia Music Hall of Fame, the Hay House, and the Tubman Museum. There are three trolleys holding up to 39 passengers.

Macon grew as a center of rail transport after the 1846 opening of the Macon and Western Railroad.[100] Two of the most note-worthy train companies operating through the city were the Central of Georgia Railway and the Southern Railway. The city continued to be served by passenger trains at Terminal Station until the 1960s and early 1970s. The Frisco Railroad's Kansas City-Florida Special served the city until 1964.[101] The Southern's Royal Palm ran from Cincinnati, through Macon, to Miami, Florida until 1966. (A truncated route served to Valdosta, Georgia until 1970.) The Central of Georgia's Nancy Hanks ran through Macon, from Atlanta to Savannah until 1971. Since at least 2006 Macon has been included in the proposed Georgia Rail Passenger Program to restore inter-city rail service but as of 2020 Georgia lacks any inter-city passenger rail service other than the federally funded inter-state Amtrak services. 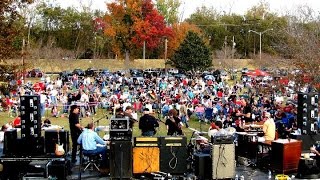 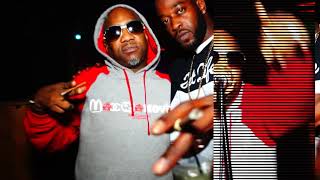 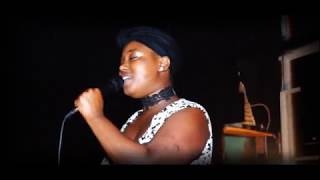 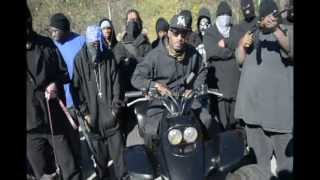 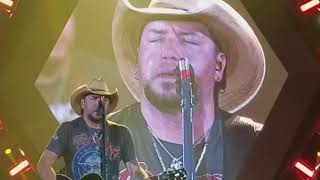 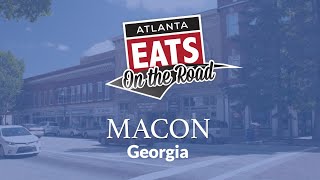 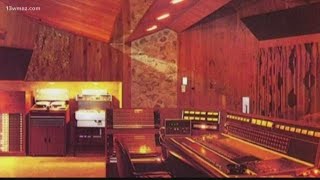 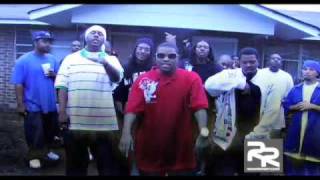 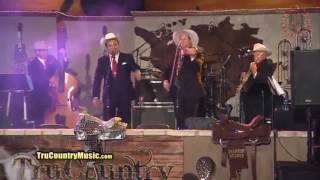 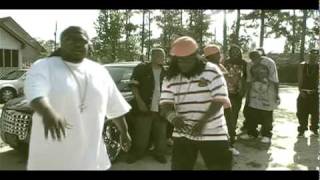 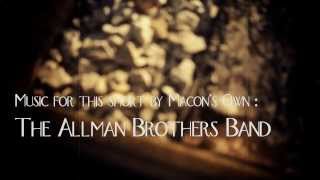 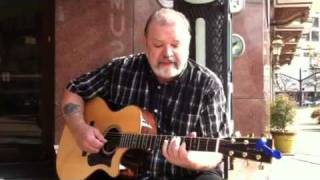 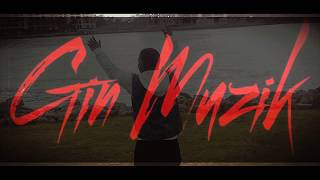 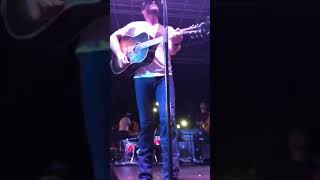 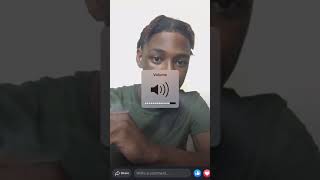 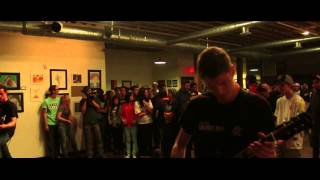 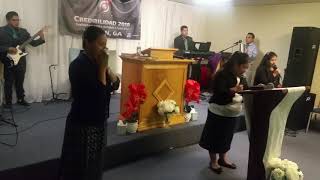