When surveying the area now known as Maplewood, Robert Treat found several trails used by Lenape tribes of Algonquian Native Americans, though there was only sparse pre-European settlement. These paths form the basis for what are the township's main thoroughfares today.[22]

The first European settlers arrived around 1675, primarily English, Dutch and French Puritans who had earlier settled Hempstead, Long Island, and Stamford, Connecticut, via Newark and Elizabeth. They had acquired most of today's Essex County from the Native Americans and followed three trails that roughly correspond to South Orange Avenue, Springfield Avenue and Ridgewood Road. These three routes resulted in the development of three separate communities that coalesced to become Maplewood and South Orange.[22] Those who came from Newark on the trail that now corresponds to South Orange Avenue settled the area that became South Orange village.[22]

Six families (with last names of Smith, Brown, Pierson, Freeman, Ball and Gildersleeve) came up today's Ridgewood Road and established scattered farms around a center that became Jefferson Village, named after Thomas Jefferson. This settlement, which roughly corresponds to downtown Maplewood today, developed several mills and orchards. John Durand, the son of Hudson River school painter Asher Brown Durand (who was born in Maplewood in 1796), describes the place as a picturesque but slightly backward community with close ties to Springfield. The apple harvest was apparently quite impressive and included the "Harrison" and "Canfield" varieties. By 1815, there were approximately 30 families in the community. Although the residents of the area were predominantly Presbyterian, the first house of worship was a Baptist chapel in 1812. This was in use until 1846 and fell into disrepair until 1858, when it was taken into use as a Methodist Episcopal church.[22]

Those who came up today's Springfield Avenue settled on a hill crest near today's intersection between Tuscan and Springfield Avenue and established a hamlet known as North Farms. Over time, this community became known as the Hilton section. It became a stagecoach stop between Newark, Jersey City (then Paulus Hook), and Morristown and thereby a center for trade and light manufacturing. The village changed its name from North Farms to Middleville in 1830, and then to Hilton in 1880 when it was granted a post office. In 1855, Seth Boyden settled in what was then Middleville to retire but innovated a number of agricultural products, especially berries. Boyden also built and put into operation the first steam engines to service the railroad through Maplewood.[23] The area became known for its orchards and related industries, including cider mills and rum distilleries, as well as honey and livestock.[]

In 1802, Jefferson Village and North Farms were named as districts within the Township of Newark.[24]

The three communities developed and functioned independently, each establishing their own school associations: South Orange established the Columbian School in 1814, which would form the basis of Columbia High School; North Farms established the North Farms Association in 1817; and Jefferson Village the Jefferson Association in 1818. In 1867, when the State of New Jersey established public education through the School Law, the newly appointed County Superintendent merged the three associations into one school district, which was formalized in 1894 as the South Orange-Maplewood School District. James Ricalton, a teacher born in New York of Scottish parents who became the school district's first permanent teacher, helped set the high standard of education that persists in the school district to this day.[25]

Maplewood was originally formed as South Orange Township, which was created on April 1, 1861, from portions of Clinton Township and what was then the Town of Orange. Portions of the township were taken to form South Orange village (established May 4, 1869, within the township and became fully independent on March 4, 1904) and Vailsburg borough (formed March 28, 1904, and annexed by Newark on January 1, 1905) The name of the township was changed to Maplewood on November 7, 1922.[26]

When the Morris and Essex Railroad from Newark was extended to the area in 1838, a land speculator by the name of John Shedden built a railroad station in Jefferson Village and named it Maplewood. This name came to comprise areas known as Hilton, Jefferson Village, and areas previously part of Springfield.[27] In 1868, farms were subdivided into parcels for residential housing and the area became a commuter suburb.[28] The 1920s saw significant growth in new residents and structures.[]

A view of Maplewood from the Columbia High School clocktower

The township shares a border with West Orange and South Orange to the north, Newark and Irvington to the east, Union (in Union County) to the south, and Millburn to the west.[29][30][31]

Unincorporated communities, localities and place names located partially or completely within the township include Hilton and Valley View.[32] In 2018 Brooke Lea Foster of The New York Times described Maplewood as one of several "least suburban of suburbs, each one celebrated by buyers there for its culture and hip factor, as much as the housing stock and sophisticated post-city life."[46]

The township owns and operates the Burgdorff Center for the Performing Arts at 10 Durand Road. The Center, a former Christian Science Church, was donated to the town by Jean Burgdorff, a local real estate entrepreneur.[47] The building was transferred to the town on October 15, 1988.[48] In 2008, the township committed to a $130,000 plan to improve the building.[49]

Every year, on the weekend following the weekend closest to July 4, there is a concert in town called Maplewoodstock. The free concert consists of local and national bands performing alongside various stalls showcasing local businesses.[50]

Many of the more recognizable buildings and spaces were the work of famous architects and landscape designers. Most of the schools and the Municipal Building were the work of Guilbert & Betelle. The center of town is dominated by Memorial Park, a design of the Olmsted Brothers.[51] The Olmsted firm was also responsible for the landscaping at Ward Homestead, designed by John Russell Pope, and now known as Winchester Gardens, located on Elmwood Avenue. On the opposite side of town is another Olmsted work, South Mountain Reservation. The Maplewood Theater, designed by William E. Lehman, was where Cheryl Crawford first revived Porgy and Bess.[52]

Fishing and canoeing is available on the East Branch of the Rahway River, which travels through the township.[58] Maplewood is governed under the Township form of government. The five-member Township Committee is elected directly by the voters at-large in partisan elections to serve three-year terms of office on a staggered basis, with either one or two seats coming up for election each year as part of the November general election in a three-year cycle.[7][59] At an annual reorganization meeting, the Township Committee selects one of its members to serve as Mayor for a one-year term, and another to serve as Vice Mayor. The Mayor has the responsibility of Chair for the Township Committee meetings with voice and vote. The Mayor is considered the head of the municipal government. Maplewood is located in the 10th Congressional District[66] and is part of New Jersey's 27th state legislative district.[11][67][68]

For the 2018-2019 session (Senate, General Assembly), the 27th Legislative District of the New Jersey Legislature is represented in the State Senate by Richard Codey (D, Roseland) and in the General Assembly by Mila Jasey (D, South Orange) and John F. McKeon (D, West Orange).[74][75] Maplewood is a diverse and family-friendly community. The township has a downtown area alternatively known as "the village" or "Maplewood Center" with a movie theater, several upscale and mid-scale restaurants, a small supermarket, independent café, two liquor stores, a toy store and an independent bookstore. The structure of the downtown is largely unchanged since the 1950s. Maplewood won New Jersey Monthly magazine's Downtown Showdown in 2015, with the editor's noting the community's "myriad boutiques, art galleries and notable restaurants".[105]

Maplewood is home to a gayborhood.[106] In June 2018, Maplewood unveiled permanently rainbow-colored crosswalks to celebrate LGBTQ pride across the full year.[107]

Maplewood counts among its residents a large number of theater professionals working in Broadway and off-Broadway productions, owing to the town's convenient rail access and relatively short commute via train into Manhattan. In 2010, a group of 32 of these actors and technicians formed their own repertory theater company and named it Midtown Direct Rep, after the NJ Transit line on which they all commuted.[108]

The township operates the rush-hour Maplewood Jitney service to and from the train station.[131][132]

People who were born in, residents of, or otherwise closely associated with Maplewood include: 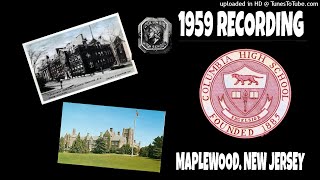 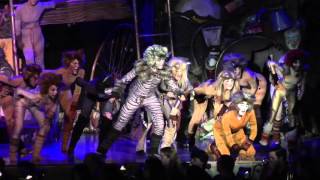 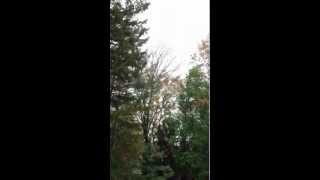 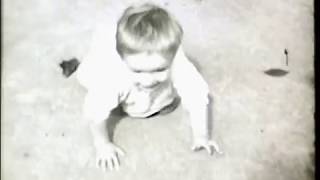 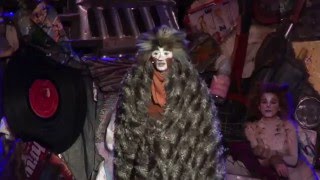 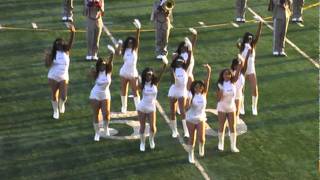 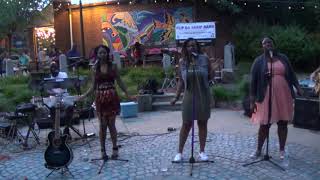 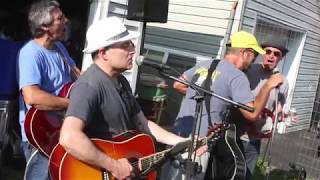 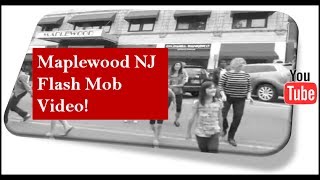 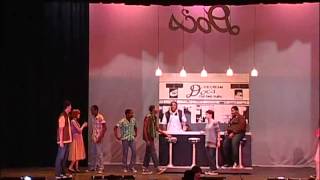 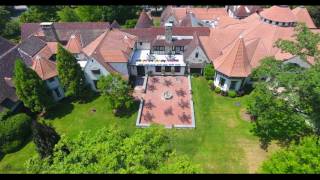 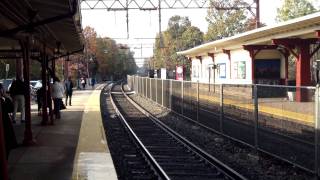 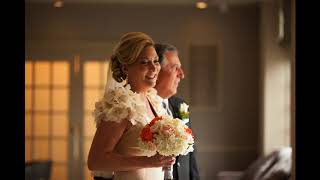 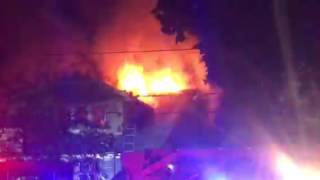 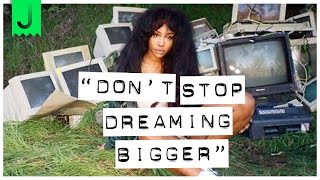 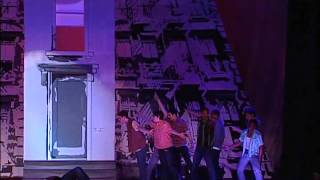 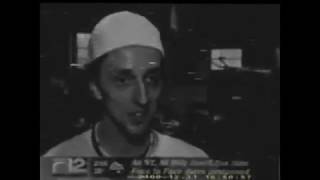 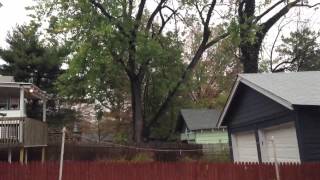 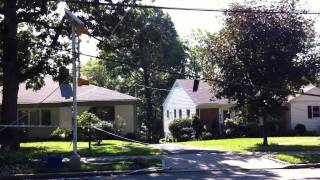 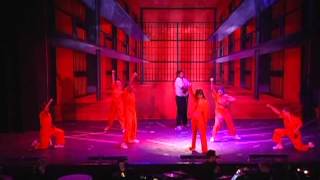