The band then went on hiatus in 2004 after rhythm guitarist Adam Gaynor's departure. As a result, Paul Doucette took over rhythm guitar when the band reunited in 2007. They released a compilation album, Exile on Mainstream, which was certified Gold in the United States. After the release, the band toured to support it. Matchbox Twenty then took another hiatus while Rob Thomas embarked on a successful solo career but reunited again in 2010. On September 4, 2012, the band released their fourth studio album, North, which debuted at number one on the Billboard 200.[1]

Rob Thomas, Brian Yale, and Paul Doucette were part of the band Tabitha's Secret, which was based in Orlando, Florida, with fellow members Jay Stanley and John Goff, before splitting to start a new band (what was to become Matchbox Twenty). After recruiting Adam Gaynor from Criteria Recording Studios in Miami and Kyle Cook from the Atlanta Institute of Music, the band named themselves "Matchbox 20" and earned a recording contract with Atlantic Records. Doucette suggested the name after combining two words observed on the softball shirt of a man where Doucette was waiting tables.[2] Matchbox 20 released their debut album, Yourself or Someone Like You, in 1996. While their first single, "Long Day", was a radio success in the west coast, the album soon spawned several Top 40 singles throughout 1997 and 1998, including "Push", "3 A.M.", "Real World", and "Back 2 Good". "Push" and "3 A.M." did not chart on the Billboard Hot 100 chart due to the rule in effect prior to 1998 that required a song to be released as a single in order to appear on the Hot 100. "Real World" and "Back 2 Good" proved to be the band's first entries into the Billboard Hot 100, after the rule was terminated. The album eventually shipped more than 12 million copies in the U.S. alone, achieving a diamond certification. In 1998, Matchbox 20 recorded a live version of their single, "3 A.M." for release on the charity album Live in the X Lounge, benefiting United Cerebral Palsy research.

Before recording their second album, Rob Thomas collaborated with Itaal Shur on a song called "Smooth" for Carlos Santana's comeback album, Supernatural. Thomas was supposed to act only as a songwriter for "Smooth", but Carlos Santana had him sing for it after hearing the song's demo. "Smooth" was the album's lead single and became a hit in 1999. Thomas won three Grammy Awards for writing and performing on "Smooth": Record of the Year, Song of the Year, and Best Popular Music Collaboration with Vocals. In 2000, Matchbox 20 adopted the spelling "Matchbox Twenty" and released their second album, Mad Season. The album, on the strength of several successful singles, including "Bent" (which peaked No. 1 on the Hot 100 chart) and "If You're Gone", was certified 4x platinum in the United States. The video for "Bent" made fun of singer Thomas' increased fame from "Smooth" by showing the other band members assaulting him. The next two singles, "Mad Season" and "Last Beautiful Girl" were not as successful.

For their third album, More Than You Think You Are, the band used more of a pop punk/pop rock sound. Thomas shared the songwriting efforts with the other band members on several songs. The album was recorded at Icon Recording Studios in Hollywood, California. Icon Recording Studios owner and Chief Engineer - Andrew Troy, Assistant Engineer - Aaron Kaplay, 2nd Assistant Engineer - Pablo Solorzano. Additional recording at Bearsville Studios and Hit Factory in New York and was released on November 19, 2002. The album was produced by Matt Serletic, who at the time was the current chairman for Virgin Records. The album again spawned successful singles "Disease" (written with Mick Jagger), "Unwell", and "Bright Lights". The album was not as successful commercially as the previous two, and received mixed reviews from critics. However, the album had an enormous radio presence for well over a year.

Director Bill Draheim documented the band throughout the process of making More Than You Think You Are. The documentary Theresville was an online extra.

During 2003, the band released EP, consisting of six songs. The EP featured previously unreleased live and acoustic versions of songs like "Push" and "If You're Gone", as well as a new track, "Suffer Me". In 2004, the band released a live DVD, Show: A Night in the Life of Matchbox Twenty, filmed in Atlanta and featuring 20 songs, including all of their previous successful singles.

Before taking a hiatus later that year to allow other members to pursue side projects, such as Paul Doucette's solo band The Break and Repair Method. Rhythm guitarist Adam Gaynor officially left the group. Rob Thomas released a solo album, ...Something to Be, which debuted at No. 1 on the Billboard 200. The album featured four successful singles: "Lonely No More", "This Is How a Heart Breaks", "Ever the Same", and "Streetcorner Symphony". In January 2007, Rob Thomas released a single, "Little Wonders", which he wrote for the Disney movie Meet the Robinsons.

In May 2005, nine years after the release of Yourself or Someone Like You, Matchbox 20 was sued by New York resident Frank Torres (1942-2016), claiming the band never had his permission to use his image on the album's cover. Torres also claimed that he had been walking down the street when he was asked by a photographer to pose for a picture. In legal papers, Torres claims the group "knowingly, intentionally and maliciously" used his picture on the cover, causing him mental anguish. Torres' lawyer claims it has taken him time to file a lawsuit, as he only found out about the album in the past two years. [3]

The group reunited and began performing during 2007, with the release of their 'retrospective' album Exile on Mainstream, on October 2, 2007. "How Far We've Come" was the first single from the new album, which was followed by the second single, "These Hard Times". "Exile on Mainstream" included four other new songs and a complete collection of all eleven of their previously released singles. The album was also released in the new MVI (Music Video Interactive) format, which included two video interviews discussing the six new songs and eleven greatest hits, plus extras including a photo gallery, U-MYX (to remix "How Far We've Come"), buddy icons and wallpapers. "How Far We've Come" was released on the band's MySpace page in July 2007, with the video released on September 6, 2007. Matchbox Twenty toured during early 2008 with Alanis Morissette and opener Mutemath. The band began their US tour on January 25, 2008, in Hollywood, FL, and concluded in Las Vegas, NV, on March 18, 2008 before heading to Australia and New Zealand, where the Australian band Thirsty Merc was the supporting act. Following Australia, Matchbox Twenty visited the UK for the first time in five years to play six concerts in Cardiff, Wembley, Birmingham, Glasgow, and Manchester. Matchbox Twenty performed at the 2008 NASCAR Sprint Cup award ceremony.

When the band finished touring later during 2008, Rob Thomas began work on his second solo album, Cradlesong. He stated in an interview to Billboard that he expected that the other members of the band might begin work on Matchbox Twenty's next album without him.[4] At the concert at Mohegan Sun Casino on December 18, 2009, Rob Thomas said that he was not frequently playing Matchbox Twenty songs at his 2009 tour stops because the band was planning to tour together in 2010.

At the Taste of Chicago on July 2, 2010, Thomas said that Matchbox Twenty would be recording in the fall for their fourth studio album. On September 4, 2010, while on VH1's Top 20 Music Video Countdown, Thomas stated that Matchbox Twenty was planning to start working on their next studio album in mid-September and that he was 80% sure that the album would be released sometime in 2011. Rob Thomas posted on Twitter that he was "heading out next week to start writing the new mb20 record" on September 13, 2010. It was stated on Matchbox Twenty's web site that the next show they will do together is on January 1, 2011 in Oklahoma. According to Paul Doucette, the new Matchbox Twenty album will likely be completed in the beginning of 2012. He explained, "That's the same question I was asking. We don't know -- the beginning of next year, we hope. It's a real important record for us. We haven't done anything in a long time. The older we get, the more we realize and appreciate the good fortune we have to do what we do at this level. Realistically, how many more times do we get? So we're going to really make this record the one we want it to be."[5]

Matchbox Twenty played a one-off live show in Temecula, California on July 9, 2011, but no new material was played. During the show Rob Thomas stated the show was a "love letter to our fans."[6]North was released on September 4, 2012. The album's first single, "She's So Mean," was released on June 12, 2012.[7] In 2012, the band embarked on a worldwide tour, the North Tour, to promote the album.[8] The tour continued as the 2013 Summer Tour, when they co-headlined with the Goo Goo Dolls.[9]

On April 9, 2016, Kyle Cook announced that, after much contemplation, he had left the band.[10] However, it was announced in March 2017 that all four members, including Cook, would return for the "A Brief History of Everything Tour 2017", a North America co-headlining summer tour with Counting Crows.[11] Duo Rivers and Rust joined them as an opening act.[12] Doucette described the tour as a celebration of the band's history – stating it "was always going to happen. It just took a bit for everyone to realize that."[13][14][15]

The band was set to undertake a North American summer tour in 2020 alongside The Wallflowers.[16]

The APRA Awards are a series of annual award ceremonies created by Australasian Performing Right Association from 1982.[29]

The Grammy Awards are awarded annually by the National Academy of Recording Arts and Sciences of the United States.[25][31][32][33]

The MTV Video Music Awards is an annual awards ceremony established during 1984 by MTV.[25][34]

The People's Choice Awards is an awards show that has been performed annually since 1975.[25] 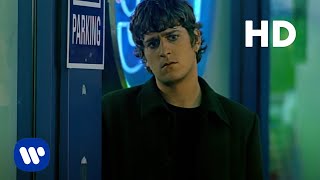 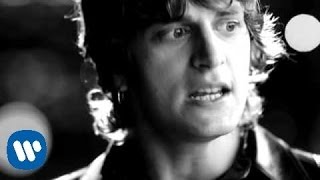 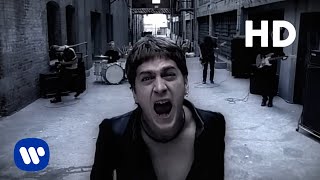 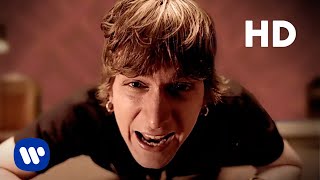 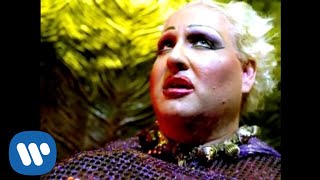 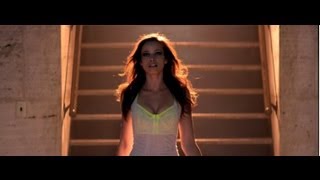 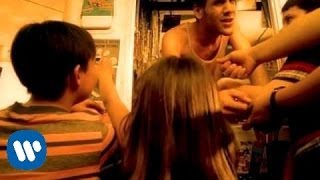 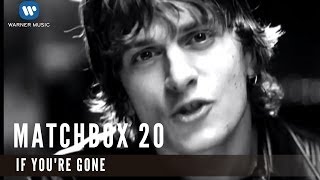 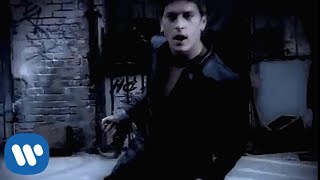 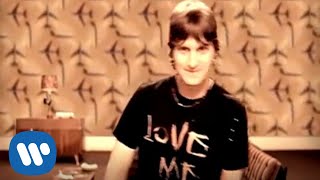 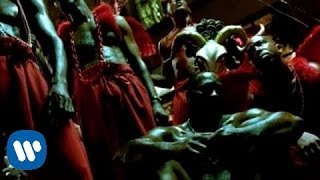 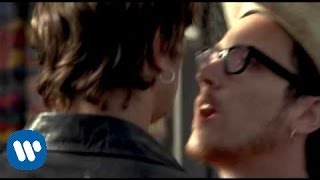 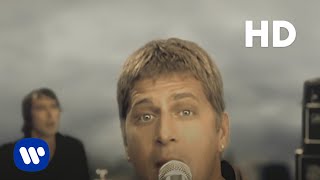 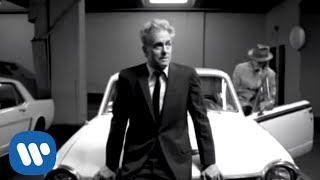 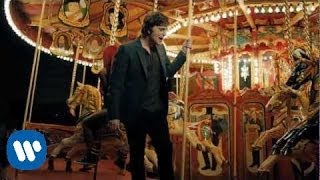 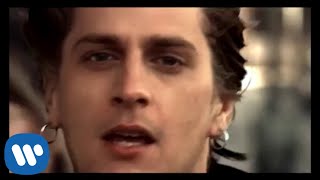