Melvin Howard Torme; (September 13, 1925 - June 5, 1999), nicknamed The Velvet Fog, was an American musician, best known as a singer of jazz standards. He was also a jazz composer and arranger, drummer, an actor in radio, film, and television, and the author of five books. He composed the music for "The Christmas Song" ("Chestnuts Roasting on an Open Fire") and co-wrote the lyrics with Bob Wells.

Melvin Howard Torme; was born in Chicago, Illinois, to immigrant Russian Jewish parents[1][2] whose surname had been Torma. A child prodigy, he first performed professionally at age 4 with the Coon-Sanders Orchestra, singing "You're Driving Me Crazy" at Chicago's Blackhawk restaurant.[3]

He played drums in the drum-and-bugle corps at Shakespeare Elementary School. From 1933 to 1941, he acted in the radio programs The Romance of Helen Trent and Jack Armstrong, the All-American Boy. He wrote his first song at 13. Three years later his first published song, "Lament to Love," became a hit for bandleader Harry James.

From 1942 to 1943 he was a member of a band led by Chico Marx of the Marx Brothers. He was the singer, drummer, and also did some arrangements.[4]

In 1943, Torme; made his movie debut in Frank Sinatra's first film, the musical Higher and Higher.[4] His appearance in the 1947 film musical Good News made him a teen idol.

In 1944 he formed the vocal quintet Mel Torme; and His Mel-Tones, modeled on Frank Sinatra and The Pied Pipers. The Mel-Tones, which included Les Baxter and Ginny O'Connor, had several hits fronting Artie Shaw's band and on their own, including Cole Porter's "What Is This Thing Called Love?" The Mel-Tones were among the first jazz-influenced vocal groups,[5] blazing a path later followed by The Hi-Lo's, The Four Freshmen, and The Manhattan Transfer.

He was discharged from the Army in 1946, and soon returned to a life of radio, television, movies, and music.[4] In 1947, he started a solo singing career. His appearances at New York's Copacabana led local disc jockey Fred Robbins to give him the nickname "The Velvet Fog" in honor of his high tenor and smooth vocal style. Torme; detested the nickname. He self-deprecatingly referred to it as "this Velvet Frog voice".[6] As a solo singer, he recorded several romantic hits for Decca Records and with the Artie Shaw Orchestra on the Musicraft label (1946-48). In 1949, he moved to Capitol Records, where his first record, "Careless Hands," became his only number-one hit. His versions of "Again" and "Blue Moon" became signature songs. His composition California Suite, prompted by Gordon Jenkins's "Manhattan Tower," became Capitol's first 12-inch LP album. Around this time, he helped pioneer cool jazz.

He had a radio program, Mel Torme Time, which appeared on the short-lived Progressive Broadcasting System in the 1950s.[7]

From 1955 to 1957, he recorded seven vocal jazz albums for Red Clyde's Bethlehem Records, all with groups led by Marty Paich, most notably Mel Torme; and the Marty Paich Dek-Tette. He became known for his arranging skills, and with his other talents earned the respect of musicians.[4]

In his 1994 book My Singing Teachers, Torme; cited Patty Andrews, lead singer of the Andrews Sisters, one of the most successful show business acts of the 1940s, as one of his favorite vocalists, saying, "They had more hit records to their credit than you could count, and one of the main reasons for their popularity was Patty Andrews. She stood in the middle of her sisters, planted her feet apart, and belted out solos as well as singing the lead parts with zest and confidence. The kind of singing she did cannot be taught, it can't be studied in books, it can't be written down. Long experience as a singer and wide-open ears were her only teachers, and she learned her lessons well."[8]

Though he spent most of his career singing jazz, Torme; had a deep appreciation for classical music, especially that of Frederick Delius and Percy Grainger.[9]Rock and roll he considered "three-chord manure".[10]

In the 1960s and '70s, Torme; covered pop tunes of the day, never staying long with one label. He had two minor hits: his 1956 recording of "Mountain Greenery," which did better in the United Kingdom where it reached No. 4; and his 1962 R&B song "Comin' Home Baby", arranged by Claus Ogerman, which reached No. 13 in the UK. The latter recording led the jazz and gospel singer Ethel Waters to say that "Torme; is the only white man who sings with the soul of a black man." "Comin' Home Baby" was later covered by Quincy Jones and Kai Winding.

In 1960, Torme; appeared in the TV crime drama Dan Raven with Don Dubbins. He had a role in a cross-cultural western entitled Walk Like a Dragon, starring Jack Lord. He played "The Deacon", a bible-quoting gunfighter who protects a female saloon-owner and teaches a young Chinese man the art of the fast draw. In one scene, he tells a soon-to-be victim: "Say your prayers, brother Masters. You're a corpse" and then delivers on the promise. Like Sammy Davis Jr. and Robert Fuller, Torme; was a real-life fast-draw expert. He also sang the show's theme song.[11]

In 1963-1964, Torme; wrote songs and arrangements for The Judy Garland Show, where he made three guest appearances. When he and Garland had a dispute, he was fired. A few years later, after Garland's death, his time with her show became the subject of his first book, The Other Side of the Rainbow with Judy Garland on the Dawn Patrol (1970). Although the book was praised, some felt it painted an excessively unflattering picture of Garland and that Torme; had exaggerated his contributions to the program; it led to an unsuccessful lawsuit by Garland's family.[12]

Torme; made nine guest appearances as himself on the 1980s situation comedy Night Court. The main character, Judge Harry Stone played by Harry Anderson, was depicted as an unabashed Torme; fan, an admiration that Anderson shared in real-life; he would deliver the eulogy at Torme;'s funeral. Torme; appeared in Mountain Dew commercials and on an episode of the sitcom Seinfeld ("The Jimmy"). He recorded a version of Nat King Cole's "Straighten Up and Fly Right" with his son, singer Steve March Torme;.[13] He worked with his other son, television writer-producer Tracy Torme;, on Sliders. The 1996 episode, entitled "Greatfellas," featured Torme; as a version of himself from a parallel universe in which he is a country music singer who is also an FBI informant.[14]

In the 1988 Warner Bros. cartoon The Night of the Living Duck, Daffy Duck has to sing in front of several monsters but lacks a good singing voice, so he inhales a substance called "Eau de Torme;" and sings like Mel Torme;, who provided the vocals.[6]:p. 176

The resurgence of vocal jazz in the 1970s resulted in a fertile period for Torme;. His live performances restored his reputation as a jazz singer. He performed as often as 200 times a year in venues all over the world. In 1976, he won an Edison Award (the Dutch equivalent of the Grammy) for best male singer, and a Down Beat award for best male jazz singer.[15] For several years, his appearances at Michael's Pub on the Upper East Side would unofficially open New York's fall cabaret season.

During the 1980s and 1990s he performed often with George Shearing, recording six albums together for Concord Records.[16] About this period Shearing wrote:

It is impossible to imagine a more compatible musical partner... I humbly put forth that Mel and I had the best musical marriage in many a year. We literally breathed together during our countless performances. As Mel put it, we were two bodies of one musical mind.[17] Torme; on drums with Benny Goodman and Teddy Wilson

In 1991 Torme; published Traps, the Drum Wonder, a biography of drummer Buddy Rich, who was his friend since Rich left the Marines in 1944. He also owned and played a drum set that drummer Gene Krupa used for many years. George Spink, treasurer of the Jazz Institute of Chicago from 1978 to 1981, recalled that Torme; played this drum set at the 1979 Chicago Jazz Festival with Benny Goodman on "Sing, Sing, Sing".[19] On August 8, 1996, a stroke ended Torme;'s 65-year singing career. In February 1999, he was awarded the Grammy Lifetime Achievement Award. He died from another stroke on June 5, 1999 at the age of 73. He is buried at the Westwood Village Memorial Park Cemetery in Los Angeles. In his eulogistic essay, John Andrews wrote:[21]

Torme;'s style shared much with that of his idol, Ella Fitzgerald. Both were firmly rooted in the foundation of the swing era, but both seemed able to incorporate bebop innovations to keep their performances sounding fresh and contemporary. Like Sinatra, they sang with perfect diction and brought out the emotional content of the lyrics through subtle alterations of phrasing and harmony. Ballads were characterized by paraphrasing of the original melody which always seemed tasteful, appropriate and respectful to the vision of the songwriter. Unlike Sinatra, both Fitzgerald and Torme; were likely to cut loose during a swinging up-tempo number with several scat choruses, using their voices without words to improvise a solo like a brass or reed instrument.

Torme;'s books include The Other Side of the Rainbow (1970), a memoir of his time as musical adviser for Judy Garland's television show; Traps, the Drum Wonder (1991), a biography of Buddy Rich; My Singing Teachers: Reflections on Singing Popular Music (1994); Wynner (1978) a novel; and It Wasn't All Velvet (1988), his autobiography.

Torme; wrote more than 250 songs, several of which became standards. He often wrote the arrangements for the songs he sang. He collaborated with Bob Wells on his most popular composition, "The Christmas Song" (1946), which was recorded first by Nat King Cole. Torme; said that he wrote the music in 45 minutes,[22] and that it was not one of his favorites, calling it "my annuity".[6] The song's verse ("All through the year..."), which is rarely sung, was added by Torme; in 1963.[]

Torme; was survived by five children and two stepchildren, including: 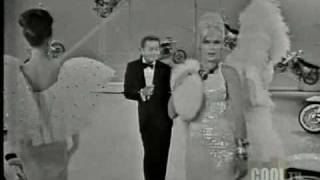 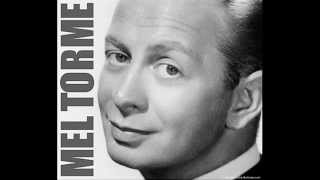 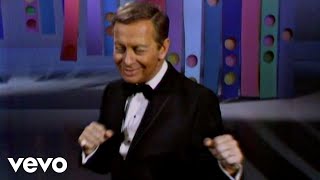 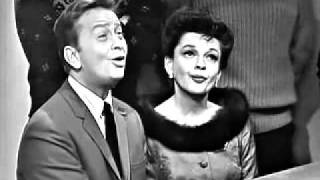 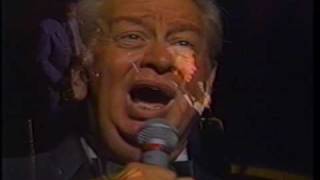 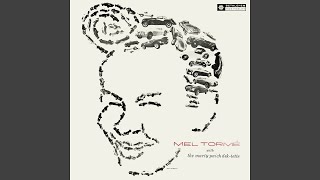 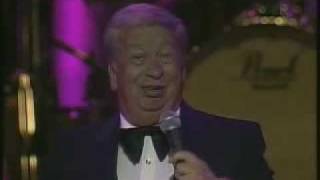 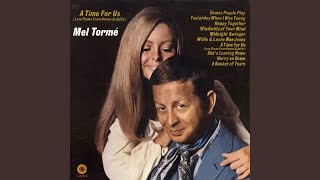 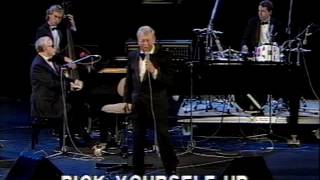 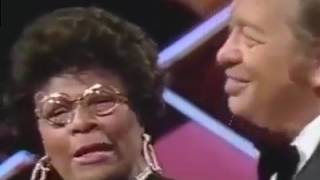 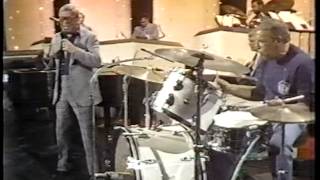 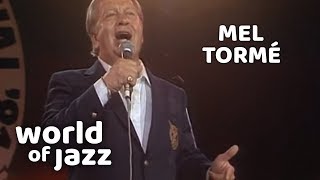 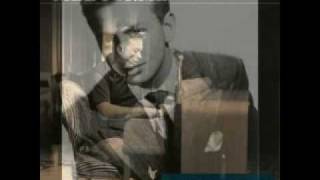 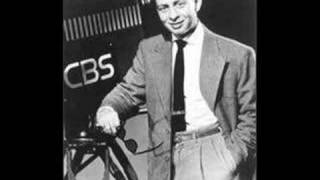 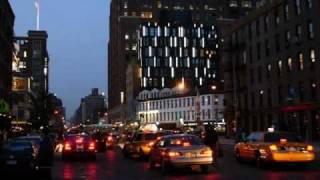 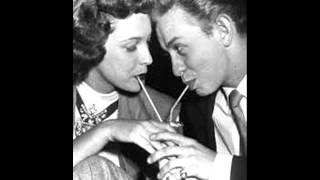 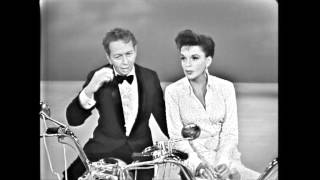