Middlesex County is located in the Commonwealth of Massachusetts, in the United States. As of 2019, the estimated population was 1,611,699,[1][2] making it the 22nd most populous county in the United States, and the most populous county in both Massachusetts and New England. Middlesex County is one of two U.S. counties (along with Santa Clara County, CA) to be amongst the top 25 counties with the highest household income and the 25 most populated counties. As part of the 2010 national census, the Commonwealth's mean center of population[3] for that year was geo-centered in Middlesex County, in the town of Natick at (42°16?20?N 71°21?48?W﻿ / ﻿42.272291°N 71.363370°W﻿ / 42.272291; -71.363370).[4] (This is not to be confused with the geographic center of Massachusetts, which is in Rutland, in neighboring Worcester County.) Middlesex County is included in the Census Bureau's Boston-Cambridge-Newton, MA-NH Metropolitan Statistical Area.

On July 11, 1997, the Massachusetts legislature voted to abolish the executive government of Middlesex County due primarily to the county's insolvency. Though Middlesex County continues to exist as a geographic boundary[5] it is used primarily as district jurisdictions within the court system and for other administrative purposes, such as an indicator for elections. The National Weather Service weather alerts (such as severe thunderstorm warning) continue issuances based upon Massachusetts's counties.

The county was created by the Massachusetts General Court on May 10, 1643, when it was ordered that "the whole plantation within this jurisdiction be divided into four shires." Middlesex initially contained Charlestown, Cambridge, Watertown, Sudbury, Concord, Woburn, Medford, Wayland, and Reading.[6] In 1649 the first Middlesex County Registry of Deeds was created in Cambridge.

On April 19, 1775, Middlesex was site of the first armed conflict of the American Revolutionary War.

In 1855, the Massachusetts State Legislature created a minor Registry of Deeds for the Northern District of Middlesex County in Lowell.[6]

In the late 19th century and early 20th century, Boston annexed several of its adjacent cities and towns including Charlestown and Brighton from Middlesex County, resulting in an enlargement and accretion toward Suffolk County.[6]

Beginning prior to dissolution of the executive county government, the county comprised two regions with separate county seats for administrative purposes:

Since the start of the 21st century much of the current and former county offices have physically decentralized from the Cambridge seat, with the sole exceptions being the Registry of Deeds and the Middlesex Probate and Family Court, which both retain locations in Cambridge and Lowell. Since the first quarter of 2008, the Superior Courthouse[9][10] has been seated in the city of Woburn;[11][12] the Sheriff's Office is now administratively seated in the city of Medford and the Cambridge-based County Jail[13] has since been amalgamated with another county jail facility in Billerica.[14] The Cambridge District Court (which has jurisdiction for Arlington, Belmont and Cambridge); along with the Middlesex County District Attorney's Office, although not a part of the Middlesex County government, was also relatedly forced to relocate to Medford at the time of the closure of the Superior Courthouse building in Cambridge.[15][16]

Of the fourteen counties of Massachusetts, Middlesex is one of eight[17] which have had no county government or county commissioners since July 1, 1998, when county functions were assumed by state agencies at local option following a change in state law.[5] Immediately prior to its dissolution, the executive branch consisted of three County Commissioners elected at-large to staggered four-year terms. There was a County Treasurer elected to a six-year term. The county derived its revenue primarily from document filing fees at the Registries of Deeds and from a Deeds Excise Tax; also a transfer tax was assessed on the sale price of real estate and collected by the Registries of Deeds.[18]

Budgets as proposed by the County Commissioners were approved by a County Advisory Board that consisted of a single representative of each of the 54 cities and towns in Middlesex County. The votes of the individual members of the Advisory Board were weighted based on the overall valuation of property in their respective communities.

The County Sheriff and two Registers of Deeds (one for the Northern District at Lowell and another for the Southern District at Cambridge) are each elected to serve six-year terms.[19] Besides the employees of the Sheriff's Office and the two Registries of Deeds, the county had a Maintenance Department, a Security Department, some administrative staff in the Treasurer's and Commissioners' Offices, and the employees of the hospital.

The county government also owned and operated the Superior Courthouse, one of which was formerly in Cambridge (since 2008 relocated to Woburn.)[9] and one in Lowell; and the defunct Middlesex County Hospital in the city of Waltham.

The legislation abolishing the Middlesex County executive retained the Sheriff and Registers of Deeds as independently elected officials, and transferred the Sheriff's Office under the state Department of Public Safety and the two Registry of Deeds offices to the Massachusetts Secretary of State's Office.[20] Additionally, all county maintenance and security employees were absorbed into the corresponding staffs of the Massachusetts Trial Court. The legislation also transferred ownership of the two Superior Courthouses to the Commonwealth of Massachusetts. The hospital was closed. Finally, the office of County Commissioner was immediately abolished and the office of County Treasurer was abolished as of December 31, 2002.[21] Any county roads transferred to the Commonwealth as part of the dissolution. The other administrative duties (such as Sheriff, Department of Deeds and court system, etc.) and all supporting staff were transferred under the Commonwealth as well.

In Middlesex County (as in the entirety of the Commonwealth of Massachusetts), the governmental functions such as property tax assessment and collection, public education, road repair and maintenance, and elections were all conducted at the municipal city and town level and not by the county government.

In 2012 the 22-story Superior Court Building in Cambridge which was transferred from the abolished Executive County government was sold[22][23] by the Commonwealth of Massachusetts.[24] Due to its transfer from state control,[25] many local residents had tried to force the private developers to reduce the overall height of the structure.[26][27]

Even following abolition of the executive branch for county government in Middlesex, communities are still granted a right by the Massachusetts state legislature to form their own regional compacts for sharing of services and costs thereof.

It is bounded southeast by the Charles River, and drained by the Merrimack, Nashua, and Concord rivers, and other streams.[29]

The MetroWest region comprises much of the southern portion of the county.

These routes pass through Middlesex County

As of 2006[update], Middlesex County was tenth in the United States on the list of most millionaires per county.[35]

The largest ancestry groups were:[38]

79.6% spoke English, 4.3% Spanish, 2.7% Portuguese, 1.6% Italian, 1.6% Chinese including Mandarin and other Chinese dialects and 1.5% French as their first language. Middlesex County has the largest Irish-American population of any U.S. county with a plurality of Irish ancestry.[40][41]

The ranking of unincorporated communities that are included on the list are reflective if the census designated locations and villages were included as cities or towns. Data is from the 2007-2011 American Community Survey 5-Year Estimates.[42][43][44]

Prior to 1960, Middlesex County was a Republican Party stronghold, only backing two Democratic Party presidential candidates from 1876 to 1956. The 1960 election started a reverse trend, with the county becoming a Democratic stronghold. This has been even more apparent in recent years, with George H.W. Bush in 1988 the last Republican presidential candidate to manage even forty percent of the county's votes.

Most municipalities in Middlesex County have a town form of government; the remainder are cities, and are so designated on this list. Villages listed below are census or postal divisions, but have no separate corporate or statutory existence from the cities and towns in which they are located.

Other villages and neighborhoods

Middlesex County is home to the Middlesex County Volunteers, a fife and drum corps that plays music from the 17th, 18th, 19th and 20th centuries. Founded in 1982 at the end of the United States Bicentennial celebration, the group performs extensively throughout New England. They have also performed at the Boston Pops, throughout the British Isles and Western Europe, and at the Edinburgh Military Tattoo's Salute to Australia in Sydney, Australia. 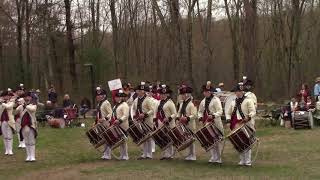 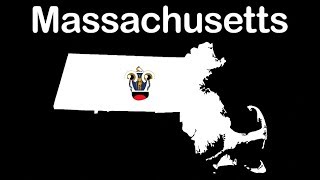 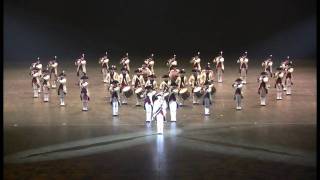