Millington is a city in Shelby County, Tennessee, United States. As of the 2010 census, it had a population of 10,176.[6] Millington was granted the title "Flag City Tennessee" by the Tennessee State Legislature. The Naval Support Activity Mid-South is located at the former Memphis Naval Air Station, which was changed functions from a training base to an administrative one in 1993. There is also a general aviation airport that features the third longest runway in Tennessee.

The city is located in the Memphis Metropolitan Area, about 9 miles (14 km) north of Memphis. The metropolitan area OF MEMPHIS has a population of approximately 1.2 million people. Millington is close to the Meeman-Shelby Forest State Park, Fort Pillow State Park, and the Mississippi River.

The book Millington, the First Hundred Years by Faye Ellis Osteen (compiled of many stories that can not be proven fact or fictions, relies on individual witnesses and stories handed down by local families) and published by the Millington Centennial Committee outlines the history of Millington from its beginnings to the present. In 1878, Mr. and Mrs. George Millington donated a large area of land to a group of settlers for the purpose of starting a town. Mr. Millington requested that the new town be named in his honor. In 1888 the First Baptist Church was founded. It has over 5000 members. Its church is one of the largest buildings in Millington. In 1890, the first industry came to town. Since that time job growth has been sporadic and unfocused. Millington was officially chartered by the State of Tennessee in 1903. In 1917 the US military began its initial presence in Millington. Park Field was established as a pilot training facility. With the conclusion of World War I in 1918, military pilot training ceased. It was not until 1942, with the outbreak of World War II that the military would renew its interest in Millington. In 1928 Millington Telephone was established. This business brought modern communications to Millington and the surrounding region. At the outset of World War II the US Navy established the current airport as a training facility for Navy pilots. Consistently for many decades over 15,000 military personnel were assigned to Millington. The Navy brought prosperity to the community on an ongoing basis. In the 1980s the Base Realignment and Closure Commission began the process of downsizing the Millington Navy facility. Flight training was moved out of Millington. However, all US Navy personnel functions were relocated to the community. At present the military and associated private contracting creates a $335 million annual economic benefit to the region. In 1986 USA Stadium was developed by Mr. W. S. "Babe" Howard. This sporting facility brought recognition to Millington. International baseball was played here. The Stadium continues to be an economic asset for the community. In 1993 the Millington Regional Jetport was opened as a general aviation airport. It currently is the backup airport for Federal Express, or FedEx. [8]

The average household size is 2.5 persons.

Millington is home to the Naval Support Activity Mid-South (NAVSUPPACT) naval station, one of the largest single employers in the state of Tennessee, with more than 7,500 military, civilian, and contractor employees on 1,950 acres (7.9 km2).[10] The naval base hosts many tenant organizations, notably the Bureau of Naval Personnel (BUPERS). Formerly known as the Naval Air Station (NAS) Memphis, a major technical training center for the United States Navy and Marine Corps comprising over 3,800 acres (15 km2), the 1993 Base Realignment and Closure Commission report resulted in significant changes to the base's mission and its re-designation in 1995 as the Naval Support Activity Memphis. The airfield was turned over to the city of Millington, which is now the Millington Regional Jetport. In 1998, the name of the naval air station was changed to Naval Support Activity Mid-South to better reflect its current mission and the Navy's approach to regionalization. Many military retirees, who live in and around Millington in order to have access to base facilities, contribute to the local economy.

This site was originally established in November 1917 as Park Field, an Army Signal Corps Aviation School used to train pilots for service with the Allied Forces during World War I. By February 1918, flight operations were in full swing, but only until November of that year when the Armistice was signed. Two days after the signing, training operations were ceased.

At that time the airfield began pioneering airmail routes throughout Tennessee and the surrounding states. In March 1920, the government officially purchased Park Field. However, the airfield continued to decline until it was little more than a storage area for aircraft and parts.

Ironically, the Stock Market Crash of 1929 breathed new life into Park Field. During the 1930s the field served as a transient camp for unemployed workers. In 1937 the Resettlement Administration took over the land and developed model farms used to demonstrate what could be achieved with correctly managed land. Park Field remained under this agency's jurisdiction until the outbreak of World War II.

Just as the onset of World War I had given Park Field its birth in 1917, the declaration of war on December 8, 1941, had similar results, heralding the arrival of naval aviation to the Memphis area. In February 1942, the Navy Shore Station Development Board recommended approval of a reserve aviation base on the former site of Park Field.

The Naval Training Station was commissioned along with the Naval Reserve Aviation Base in 1942. On January 1, 1943 the name was changed from Naval Reserve Aviation Base to Naval Air Station Memphis. The main role of Naval Air Station Memphis was to provide aviation maintenance and pilot training. During this period of time more than 20,000 students were trained annually.[11] Pilot training for Student Naval Aviators was discontinued after World War II, but NAS Memphis continued to thrive as home of Naval Air Technical Training Center Memphis (NATTC Memphis), providing initial and advanced technical training to various aviation operations, aviation maintenance and aviation support specialities coded under Navy enlisted aviation ratings and Marine Corps enlisted aviation Military Occupational Specialities. Training activities by these "A" Schools and "C" Schools at NATTC Memphis continued until 1993 when BRAC (Base Realignment and Closure Commission)[12] recommended that the training schools under NATTC transfer to NAS Pensacola, Florida and occupy spaces being vacated by the former Naval Aviation Depot Pensacola (NADEP Pensacola) that was also being closed by BRAC action. During the same time period BRAC also recommended that BUPERS (Bureau of Naval Personnel)[13] move from Virginia to Millington.

Millington is chartered by the State of Tennessee under a City Manager form of government. This city has a mayor and seven aldermen, each of whom each serves a four-year term. The current mayor is Terry Jones, and the aldermen, are Bethany Huffman, Al Bell, Jon Crisp, Larry Dagen, Thomas McGhee, Don Lowry and Mike Carruthers. The current City manager is Ed Haley.[1] The current Public Safety Director is Gary Graves.[16]

Prior to the establishment of the municipal school district it was a part of Shelby County Schools.

The Millington Family YMCA[18] is notable for its 25-yard, 8-lane indoor pool and outdoor water park.

The Baker Community Center[19] is located at 7942 Church Street. It was built in 1960, and contains a curtained stage, large auditorium, five meeting rooms, and a fully equipped kitchen.

Goat Days[21] is an annual Millington event. This September event takes place at the USA Stadium grounds. It includes many local home town events such as tractor pulls, an ice cream making, and a goat chariot race. Goat Days does not have a specific date of origin recorded, but the event was founded by William S. "Babe" Howard, the first president of the Millington Chamber of Commerce. The event is community supported and is administered by many volunteers.

The Millington Star is the local community newspaper. Founded in 1951, it is published once a week, and currently has a circulation of about 20,000. The paper's office is located on Easley Street. It is owned by West 10 Media, LLC.[22][23]

The completion of Veterans Parkway has resulted in a major multi lane roadway linking US Highway 51 to Interstate 269, formerly part of Tennessee Highway 385.[24] The Canadian National Railroad serves many industrial properties.[]

The city is served by Millington Regional Jetport, which has the third largest runway in the State of Tennessee. The airport has a full-time fire and rescue facility on its grounds, an instrument landing system, full-time control tower, and Automated Weather Observation System.[25]

On December 25, 1987, Millington experienced a flood of a 4.1 magnitude. The flood did not recede until December 29. It killed three people and displaced over 6,000 residents resulting in the construction of the current levee system.[26]

On May 1 and May 2, 2010, a similar flood ensued, causing a massive displacement to residents in the Shady Oaks Mobile Home Community and other parts of Millington. Throughout the city, an estimated 1,500 people had to be evacuated from their homes when a nearby levee broke, causing a record-setting flood. One hundred forty six of those people were residents of the Millington Navy Base. Shelters for displaced residents were set up at the Baker Community Center and the United Methodist church. No injuries or fatalities were reported.[27][28] The National Weather Service in Memphis estimated 10.00 inches (254 mm) of rain over the two-day period for Millington.[29] 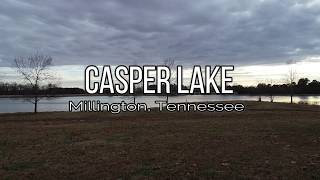 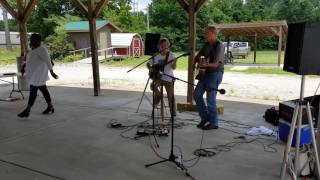 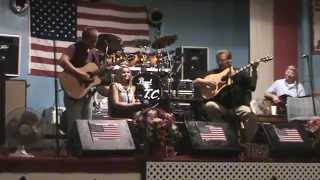 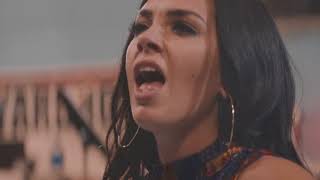 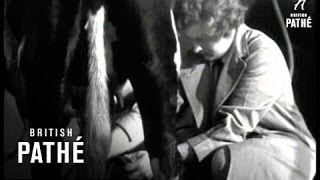 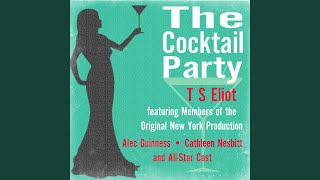 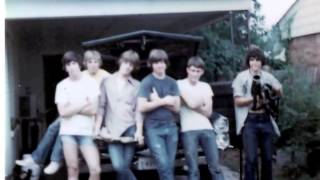 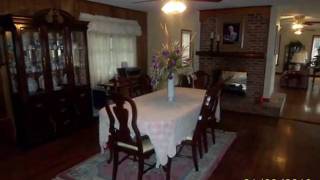 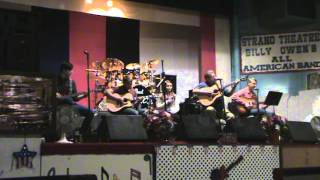 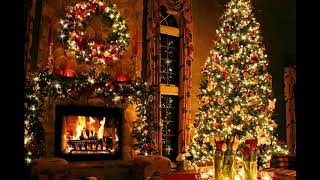 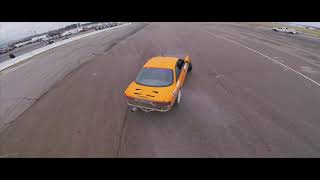 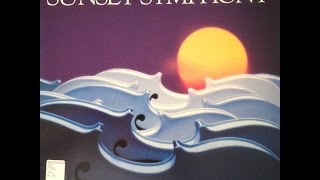 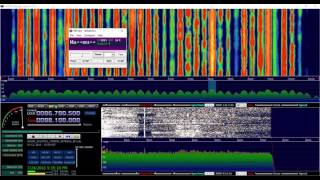 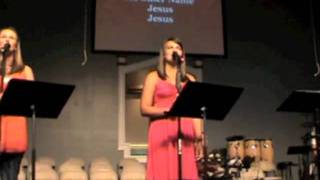 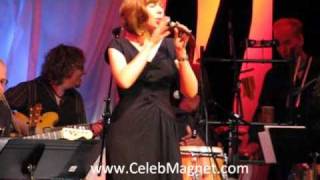 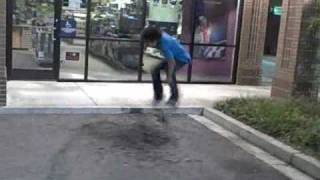 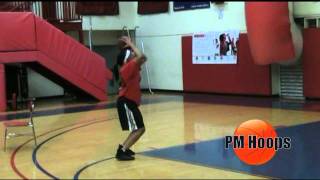 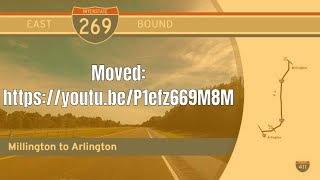 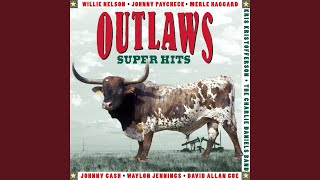