A mime artist or just mime (from Greek , mimos, "imitator, actor")[1] is a person who uses mime as a theatrical medium or as a performance art. Miming involves acting out a story through body motions, without the use of speech. In earlier times, in English, such a performer would typically be referred to as a mummer. Miming is distinguished from silent comedy, in which the artist is a character in a film or skit without sound.

Jacques Copeau, strongly influenced by Commedia dell'arte and Japanese Noh theatre, used masks in the training of his actors. His pupil Étienne Decroux was highly influenced by this, started exploring and developing the possibilities of mime, and developed corporeal mime into a highly sculptural form, taking it outside the realms of naturalism. Jacques Lecoq contributed significantly to the development of mime and physical theatre with his training methods.[2]

The performance of mime originates at its earliest in Ancient Greece; the name is taken from a single masked dancer called Pantomimus, although performances were not necessarily silent. In Medieval Europe, early forms of mime such as mummer plays and later dumbshows evolved. In early nineteenth-century Paris, Jean-Gaspard Deburau solidified the many attributes that have come to be known in modern times--the silent figure in whiteface.

Mime (Mimius) was an aspect of Roman theatre from its earliest times,[4] paralleling the Atellan farce in its improvisation (if without the latter's stock characters).[5] It gradually began to replace the Atellanae as interludes [embolium] or postscripts [exodium] on the main theatre stages;[6] became the sole dramatic event at the Floralia in the second century BC; and in the following century received technical advances at the hands of Publius Syrus and Decimus Laberius.[5]

Under the Empire mime became the predominant Roman drama,[5] if with mixed fortunes under different emperors. Trajan banished mime artists; Caligula favored them; Marcus Aurelius made them priests of Apollo. Nero himself acted as a mime.[7]

The mime was distinguished from other dramas by its absence of masks, and by the presence of female as well as male performers. [8] Stock characters included the lead (or archimimus[a]), the stooge or stupidus,[5] and the gigolo, or cultus adulter.[9]

While most of this article has treated mime as a constellation of related and historically linked Western theatre genres and performance techniques, analogous performances are evident in the theatrical traditions of other civilizations.[]

Classical Indian musical theatre, although often erroneously labeled a "dance," is a group of theatrical forms in which the performer presents a narrative via stylized gesture, an array of hand positions, and mime illusions to play different characters, actions, and landscapes. Recitation, music, and even percussive footwork sometimes accompany the performance. The Natya Shastra, an ancient treatise on theatre by Bharata Muni, mentions silent performance, or mukabhinaya.[]

In Kathakali, stories from Indian epics are told with facial expressions, hand signals and body motions. Performances are accompanied by songs narrating the story while the actors act out the scene, followed by actor detailing without background support of narrative song.[]

The Japanese Noh tradition has greatly influenced many contemporary mime and theatre practitioners including Jacques Copeau and Jacques Lecoq because of its use of mask work and highly physical performance style.[]

Butoh, though often referred to as a dance form, has been adopted by various theatre practitioners as well.[] The restrictions of early motion picture technology meant that stories had to be told with minimal dialogue, which was largely restricted to intertitles. This often demanded a highly stylized form of physical acting largely derived from the stage. Thus, mime played an important role in films prior to advent of talkies (films with sound or speech). The mimetic style of film acting was used to great effect in German Expressionist film.

Silent film comedians like Charlie Chaplin, Harold Lloyd, and Buster Keaton learned the craft of mime in the theatre, but through film, they would have a profound influence on mimes working in live theatre decades after their deaths. Indeed, Chaplin may be the best-documented mime in history.

The famous French comedian, writer, and director Jacques Tati achieved his initial popularity working as a mime, and indeed his later films had only minimal dialogue, relying instead on many subtle expertly choreographed visual gags. Tati, like Chaplin before him, would mime out the movements of every single character in his films and ask his actors to repeat them.

On stage and street

Whitefaced mime on Boston Common in 1980

Mime has been performed on stage, with Marcel Marceau and his character "Bip" being the most famous. Mime is also a popular art form in street theatre and busking. Traditionally, these sorts of performances involve the actor/actress wearing tight black and white clothing with white facial makeup. However, contemporary mimes often perform without whiteface. Similarly, while traditional mimes have been completely silent, contemporary mimes, while refraining from speaking, sometimes employ vocal sounds when they perform. Mime acts are often comical, but some can be very serious. Mime usually took from 20 to 50 minutes.

Canadian author Michael Jacot's first novel, The Last Butterfly, tells the story of a mime artist in Nazi-occupied Europe who is forced by his oppressors to perform for a team of Red Cross observers.[10] Nobel laureate Heinrich Böll's The Clown relates the downfall of a mime artist, Hans Schneir, who has descended into poverty and drunkenness after being abandoned by his beloved.[11] Jacob Appel's Pushcart short-listed story, "Coulrophobia", depicts the tragedy of a landlord whose marriage slowly collapses after he rents a spare apartment to an intrusive mime artist.[12] The hard boiled "gorilla noir" comic Gorilla my Dreams tells the story of a talking gorilla who teams up with a super powered Telest?s mime to investigate a murder. 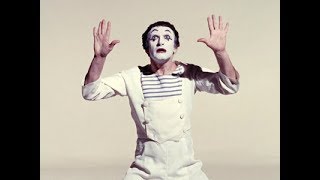 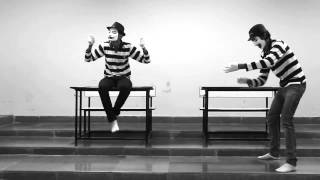 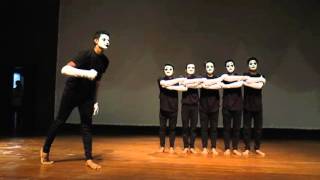 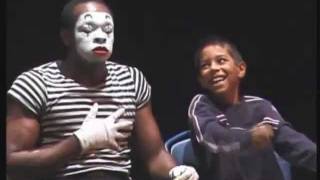 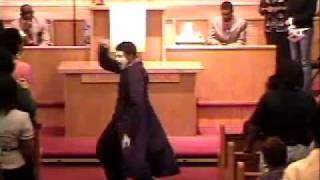 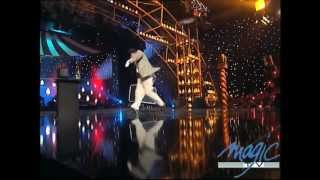 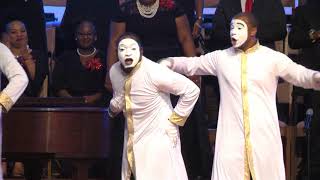 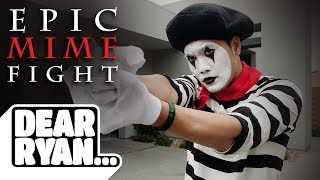 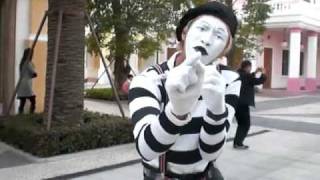 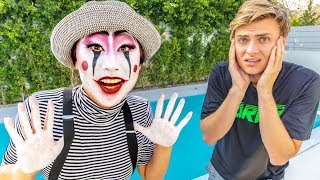 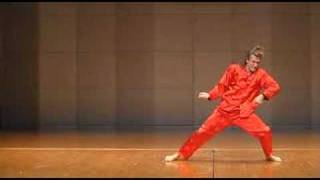 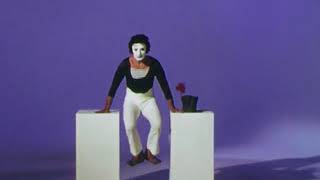 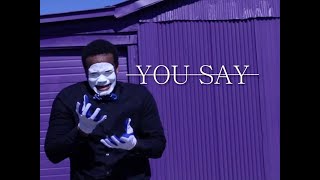 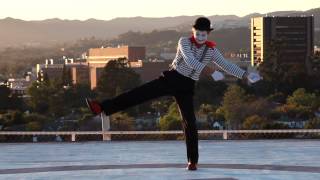 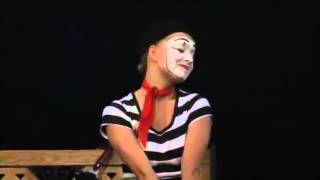