Minnetonka ( MIN-i-TONG-k?) is a suburban city in Hennepin County, Minnesota, United States, eight miles (13 km) west of Minneapolis. The population was 49,734 at the 2010 census.[6] The name comes from the Dakota Sioux mni tanka, meaning "great water". The city is the home of Cargill, the country's largest privately owned company, and UnitedHealth Group, the state's largest publicly owned company.

According to the United States Census Bureau, the city has a total area of 28.22 square miles (73.09 km2), of which 26.93 square miles (69.75 km2) is land and 1.29 square miles (3.34 km2) is water.[7] Part of the city includes the eastern tip of Lake Minnetonka, one of the largest lakes in Minnesota. The outlet of Lake Minnetonka is Minnehaha Creek, which winds through south Minneapolis and flows over Minnehaha Falls and into the Mississippi River. Minnetonka is located 8 miles (13 km) west of Minneapolis, in Hennepin County.

According to the city's 2016 Comprehensive Annual Financial Report,[13] the top employers in the city are:

Since the mid-19th century, Minnetonka has evolved from heavily wooded wilderness through extensive farming and thriving industrialization to its present primarily residential suburban character. The Minnetonka area was home to the Dakota and Ojibwe Native American tribes before Euro-Americans arrived in the 1800s. They believed Lake Minnetonka (mni meaning water, and tanka meaning big, anglicized to Minnetonka) and the land around it to be sacred. The first recorded exploration of the area by Euro-Americans was in 1822, when a group from newly constructed Fort Snelling made its way up Minnehaha Creek (then known as Brown's Creek or Falls Creek) to the lake. In 1851, the Dakota sold the area including Minnetonka to the United States with the Treaty of Traverse des Sioux. The first census, the Territorial Census of 1857, lists 41 households. Twenty-nine of the heads of households are listed as farmers. The occupations of the remaining twelve are associated with the operations of Minnetonka Mill and a nearby hotel.[14]

In 1852, a claim was staked on Minnehaha Creek near McGinty Road. The sawmill that was constructed in the thick woods of maple, oak, elm, red cedar and basswood was the first privately operated mill in Minnesota west of the Mississippi River. Oak timbers from this mill were used to build the first suspension bridge across the Mississippi River at Saint Anthony Falls in 1853. The settlement of Minnetonka Mills that grew up around the mill was the first permanent European-American settlement west of Minneapolis in Hennepin County. In 1855, a two-story sawmill was constructed with a furniture factory on the second floor. A building for varnishing furniture was built on the south side of the creek, at the present Bridge Street. Production consisted mainly of chairs and bedsteads. The Minnetonka Republican at St. Anthony published a short article describing the area. The February 12, 1857, issue said:

Minnetonka City - We have already called attention to the thrift and activity of that little town. Large investments are made there. On January 1, 40 hands were being employed turning out weekly 500 chairs and 200 bedsteads. By April it will be 2000 weekly. 1,000,000 board feet (2,400 m3) of lumber is in the pond, half of it nicely seasoned. Machinery is on the way for a flour mill. J. P. Miller is erecting a new hotel. In 1860, after only 8 years of operation, the sawmill closed. In 1869, a flour and grist mill were constructed and operated until the late 1880s. In 1874, Charles H. Burwell came to manage the Minnetonka Mill Company, and he built a Victorian home on the north bank of Minnehaha Creek (Minnetonka Boulevard at McGinty Road East) for his family. The Charles H. Burwell House is now on the National Register of Historic Places and is owned by the city. There were two other mills in Minnetonka. The St. Alban's Mill, which was less than 1 mile (2 km) downstream from Minnetonka Mills on Minnehaha Creek, operated as a flour mill from 1874 to 1881. A grist mill built on Purgatory Creek was washed out in a flood shortly after construction. Minnetonka Mills, with its post office and port for Lake Minnetonka, was the principal business and trading center for a large area until the 1870s.

Between 1883 and 1956, the area within the original 36-square-mile (93 km2) township grew smaller as Wayzata, Hopkins, Deephaven, Woodland and Saint Louis Park incorporated or annexed portions of then-Minnetonka Township. Excellent transportation facilities to Hopkins and Minneapolis began to transform the township's economy. Train service to Minneapolis had been available since the 1880s, and in 1905 streetcar service began. The attraction to become a city wage earner was great and rapid transit made it possible. In 1956, as a maneuver to prevent neighboring villages from continuing to annex portions of then-Minnetonka Township, residents in 1956 voted to establish a village out of the remaining 28 square miles (73 km2), and the area was incorporated as Minnetonka Village. However, Minnetonka Village lasted only thirteen years. The complexities and the heavy demands of administering a rapidly developing community required professional management and larger representation. In 1969, a city charter was approved to serve the 35,000 residents. Ridgedale Center is located in Minnetonka.

There are four private and parochial schools within Minnetonka's city limits:

The Hennepin County Library has its headquarters in the Ridgedale Library in Minnetonka.[18] The system also operates the Minnetonka Library.[19]

There were 21,901 households of which 25.9% had children under the age of 18 living with them, 52.1% were married couples living together, 7.3% had a female householder with no husband present, 2.8% had a male householder with no wife present, and 37.8% were non-families. 31.1% of all households were made up of individuals and 11.9% had someone living alone who was 65 years of age or older. The average household size was 2.25 and the average family size was 2.85.

There were 21,393 households out of which 29.1% had children under the age of 18 living with them, 56.6% were married couples living together, 6.8% had a female householder with no husband present, and 34.1% were non-families. 27.3% of all households are made up of single individuals and 9.3% had someone living alone who was 65 years of age or older. The average household size was 2.37 and the average family size was 2.92. The City Council of Minnetonka consists of the mayor and six council members. Of the six council members, two are elected at large and the remaining four are elected from wards. The council exercises the legislative power of the city and determines all matters of policy. It has the responsibility of basic decisions for the community, including appointment of the city manager. The city manager is responsible for putting council policies into effect and administering affairs of city government.[22]

The Minnetonka Millers, a Class A baseball club, became state champions in 2015, 2016, and 2017.[25] The Millers play at Veterans Field, located on the campus of Minnetonka High School. 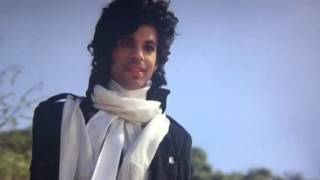 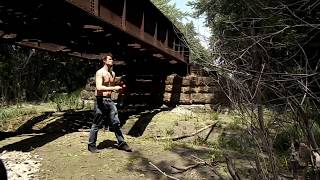 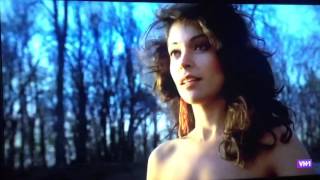 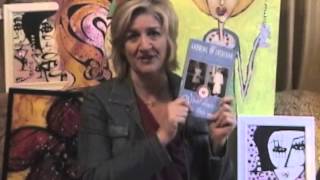 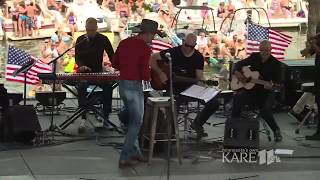 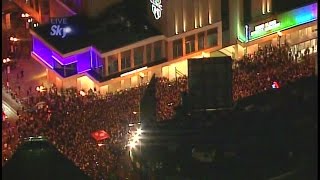 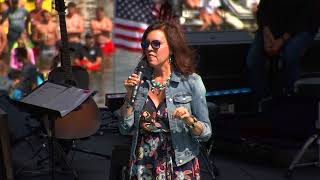 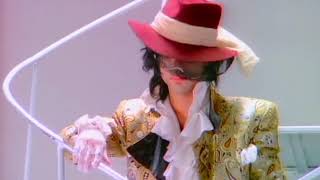 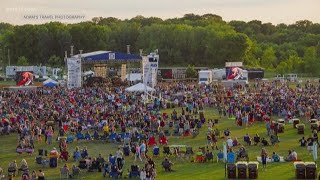 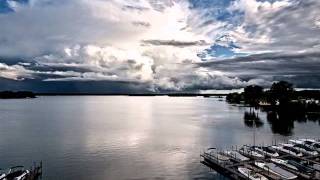 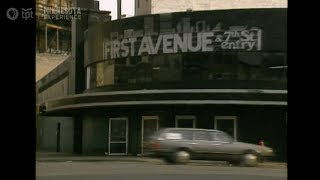 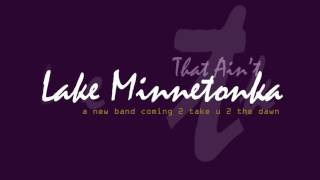 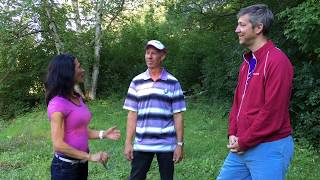 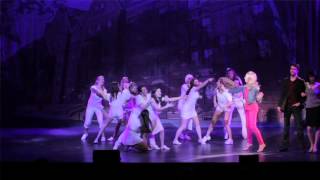 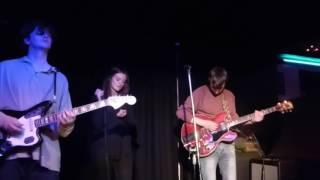 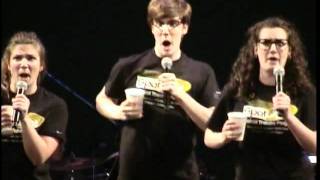 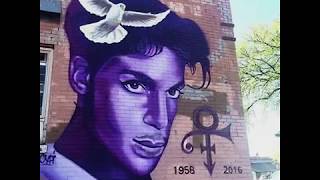 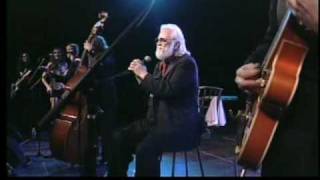 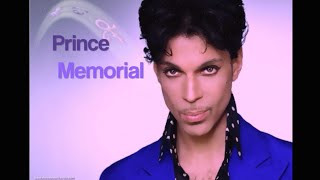