Moreno Valley is a city located in Riverside County, California, and is part of the Riverside-San Bernardino-Ontario Metropolitan Area. A relatively young city, its rapid growth from the late 1980s to the early 2000s made it the second-largest city in Riverside County by population, and one of the Inland Empire's population centers. As of the 2010 census,[10] the population was 193,365. The city is closely tied to Riverside, California, the county seat and largest city in the county, which borders Moreno Valley directly to the west. Moreno Valley is also part of the Greater Los Angeles area.

The city derived its name from the small community of Moreno, which became part of the city of Moreno Valley when the city was incorporated in 1984. Frank E. Brown, one of the people that established the town of Moreno in 1882, declined to have the town named after him, so to honor him instead, the town was named Moreno, Spanish for brown.[11]

The Moreno Valley area was first inhabited 2,300 years ago. There are at least 200 prehistoric archaeological locations within the city. The majority of the sites are milling stations - where chaparral seed was the dominant milling activity. Rock art, consisting of pictographs, and petroglyphs are present - though most of the petroglyphs in Moreno Valley consist of boulders with "cupules", or cup-shaped holes pecked into them.[12]

Spanish scouts initially came across descendants of the Shoshone, and Luiseño tribes; although other groups, such as the Serrano and Cahuilla were in the area. The late prehistoric Luiseño and Cahuilla were semi-sedentary, meaning that they wintered in villages, then spread out in family groups during the spring and summer months to harvest seeds and acorns.[13]

Spanish scouts blazed a number of trails in the area, including the Anza Trail, which runs through the Edgemont area of present-day Moreno Valley.

When California was admitted to the United States as a state in 1850, Americans began to move into the area. The Tucson-to-San Francisco route of John Butterfield's Overland Mail Company passed through it. Some farmers began to occupy the area, relying upon water from Frank E. Brown's Bear Valley Land and Water Company. Beginning in 1883, the company collected and pumped water from Bear Valley, California in the San Bernardino Mountains to the north. The area first acquired its current name, Moreno Valley, at this time, referring to Frank Brown (moreno is Spanish for "brown" or "brunet"). In 1899, the city of Redlands won a lawsuit in which the city claimed eminent domain over the Bear Valley water. The resulting loss of service forced most of the area's inhabitants to move.

The revival of the Moreno Valley area began in 1918, when the United States Air Force (then the United States Army Air Service) constructed March Field on the outskirts of Riverside as part of its World War I expansion. March Field was initially used to train fighter pilots. Although it was closed in 1922, it was reopened in 1927 and eventually became a full Air Force base. The presence of March caused the unincorporated communities of Sunnymead, Moreno, and Edgemont to develop and grow. In World War II, March again became a training ground for military pilots. On April 1, 1996, March Air Force Base (MAFB) became March Joint Air Reserve Base (MJARB) under Air Force Reserve Command (AFRC).

From 1957 to 1989 the Riverside International Raceway occupied the current site of the Moreno Valley Mall. The mall is located toward the northern end of the former raceway. The area experienced explosive growth in the 1980s. By 1984, the population was 49,702 (compared to 18,871 residents in 1970).[14] The state economic boom fueled the construction of new houses and businesses, leading to a push for incorporation. Although similar measures had failed in 1968 and 1983, a measure to form the city of Moreno Valley was approved by voters in 1984. On December 3, 1984, the communities of Edgemont, Sunnymead, and Moreno united with nearby areas to form the general law city of Moreno Valley. The first City Council was also elected in 1984, composed of Bob Lynn, Judith A. Nieburger, Steven Webb, J. David Horspool (first Mayor Pro Tem), and Marshall C. Scott (first Mayor). The City Seal and Motto were adopted the following year.

By 1990, Moreno Valley had exploded in population growth to become the second-largest city in Riverside County with a population of over 118,000. This growth continued until about 1992.

In the 1990s, the robust Moreno Valley economy deteriorated, largely due to the statewide economic downturn. Many people began to leave the city. March was also downsized to its present status as March Air Reserve Base. The surplus land was given to the March Joint Powers Authority, made up of representatives of Riverside County and the cities of Riverside, Moreno Valley, and Perris for development. The dismal economic trend began to reverse in the late part of the decade, however. Companies such as Aurora Modular, U-Haul, and Lowe's moved major operating facilities to the city or neighboring municipalities (although Aurora later filed for bankruptcy).

By the early 21st century, the arrival of many newcomers to Riverside County and the soaring cost of living in Los Angeles and Orange County combined to make the less-developed southern half of the Inland Empire an attractive place for industry.

Proposals to turn March Joint Air Reserve Base to a major commercial airport were debated in 2005, but the plan was rejected by the Riverside county board of supervisors. However, the coming of quieter, more environmentally friendly aircraft and cheaper security procedures and utilities may signal a re-consideration of the plan.[] In May 2008 the March JPA approved opening the facility to general aircraft.

DHL's selected March Air Reserve Base as its Southern California hub and commenced operations in October 2005.[] While initial claims were that the facility would employ 250 workers in its initial stage, over 300 employees went to work daily during normal operations.[] In November 2008, DHL announced it was leaving the U.S. market and would shut its operation associated with March Air Field in January 2009.[15]

March Air Reserve base has a ball park facility, where the semi-pro baseball Inland Empire (now Rancho Belago) Rockets of the Southern California League play in the summer months season.

On February 13, 2007, the City Council passed, by a vote of 4-1, a controversial resolution christening the eastern half of the city (roughly from Lasselle Street to Gilman Springs Road) "Rancho Belago", a pastiche of Spanish and Italian words.[16][17][18] The city council's resolution includes the 92555 ZIP Code within the boundaries of the area, as reported by the Press Enterprise newspaper.

Today, Moreno Valley is home to around 200,000 residents and once again, experienced an economic bust (the late 2000s recession) to restart again in a new development boom. Metrolink rail transit has arrived in the area as far south as Perris, and a proposal to erect a four-lane freeway on the site of Cajalco Road/Ramona Expressway from Interstate 215 to Interstate 15 in Corona is currently debated by Caltrans as well as the Riverside County and Orange County governments. Upper-middle class residents reside in newer housing developments on the eastern half of the city. Recent years have seen the rise of corporate office industrial and business parks, as well a proposal of bringing minor league baseball of the California League to town. Moreno Valley is rapidly becoming a Latino majority city (over 50 percent) and now has a relatively high percentage of African-Americans (18.0% according to the 2010 U.S. Census). Moreno Valley is located at a geographic crossroad. To the east lies the San Gorgonio Pass and Coachella Valley; to the south are Lake Perris, Perris, and the San Jacinto Mountains; to the north are the San Bernardino Valley and San Bernardino Mountains. To the west lies neighboring Riverside. It is relatively close to Ontario International Airport.

One of the most visible geographical features in Moreno Valley, visible from almost anywhere in the city, is Box Springs Mountain. This mountain at the northwest end of the city towers over the city, providing a concrete landmark. The face of the mountain that faces the city has a large "M" constructed upon it. This was built privately at the encouragement of the City Council, which argued it would foster unity. The letter is located on public land and is maintained entirely by charity. The letter had lights installed on December 3, 2005 to celebrate Moreno Valley's 21st anniversary of its incorporation and the completion of the repairs of heavy damage to the M, due to excessive rain the year before. The mayor at that time, Bonnie Flickinger, has said that the citizens liked it that way and that the council would try to get it to light up regularly. Between December 2, 2009 and December 6, 2009, Moreno Valley, along with Edison lit up the "M" in celebration of the city's 25th anniversary. Several Eagle Scout projects have been dedicated to maintaining the letter.

Moreno Valley has a mild semi-arid climate (Köppen BSh), with Mediterranean characteristics. The summer temperatures average in the high 90s, though many days reach well above 100°.

The city became a diverse ethnoburb of a variety of racial and ethnic groups, esp. Black People, Latinos and Asians replaced the once majority White (non-Hispanic) population in the 1990s. Immigrants often come from Central America, Southeast Asia and the Philippines, the Middle East and Somalia, the Balkans, the Caribbean islands (esp. Cubans and Puerto Ricans) and Samoans to reestablish themselves in older post-WWII suburban tracts in Sunnymead.

Moreno Valley has increasingly become a destination for African-American families from Los Angeles County. Between 2006-2007 alone, Moreno Valley saw a 13% increase in its black population.[24]

Also in the same time period, Latinos became the majority of over half the MoVal's population, especially a large Mexican-American and Mexican population developed in Sunnymead. There are several business strips catering to Spanish-speaking clientele and Latin American cultures.

There were 43,381 households out of which 54.0% had children under the age of 18 living with them, 61.6% were married couples living together, 17.1% had a female householder with no husband present, and 14.9% were non-families. 11.0% of all households were made up of individuals and 3.1% had someone living alone who was 65 years of age or older. The average household size was 3.6 and the average family size was 3.9.

Moreno Valley incorporated in 1984 as a general law city.[26] It currently uses the council-manager form of government. The City is divided into four council districts, each of which elect a representative to the city council. The mayor is directly elected at-large. The council chooses one of its members to serve as Mayor Pro Tem. The council also selects the city manager, the city attorney, and city clerk.

The current City Council consists of:[4]

The following is a list of several of the City's executive staff:[27]

In the United States House of Representatives, Moreno Valley is in California's 41st congressional district, represented by Democrat Mark Takano.[29]

Moreno Valley is served by its own regional station of the Riverside County Sheriff's Department for law enforcement. The sheriff's station is currently commanded by Sheriff's Captain Joel Ontiveros,[30] who also functions as Moreno Valley's Chief of Police.

American Medical Response is responsible for transports to emergency departments via paramedic ambulance.

The heavily traveled routes of State Route 60 (locally called the Moreno Valley Freeway) and Interstate 215 both pass through the city.

The Moreno Valley/March Field station of the Metrolink commuter rail system, located just west of the city limits, opened in June 2016. Monday through Friday service is provided on the 91 Line connecting the Moreno Valley area with Riverside and Downtown Los Angeles to the north and Perris to the south.[35] The Riverside Transit Agency provides local and express/commuter bus services.

According to the City's 2019 Comprehensive Annual Financial Report,[36] the top employers in the city are:

There are two hospitals in Moreno Valley:[37] 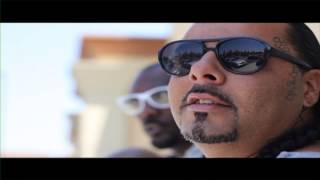 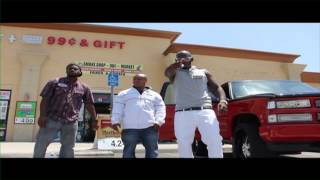 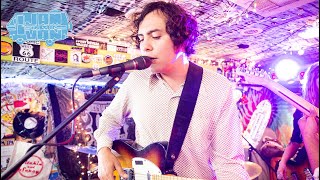 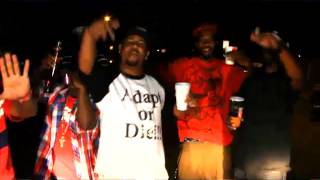 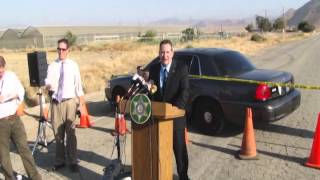 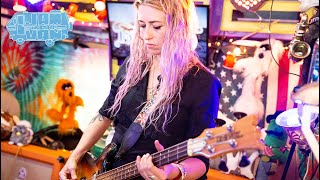 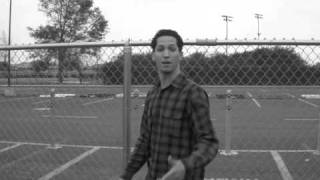 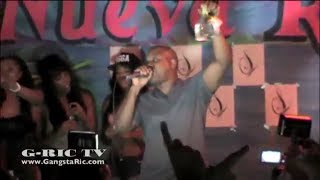 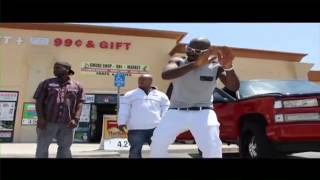 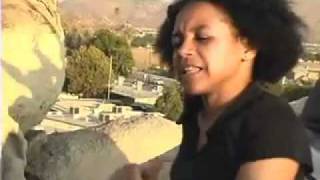 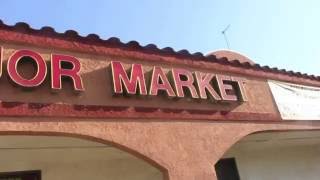 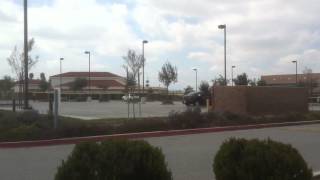 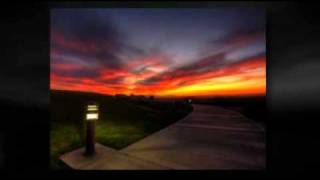 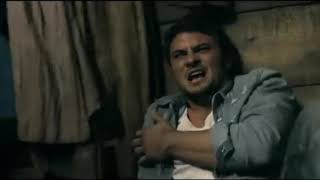 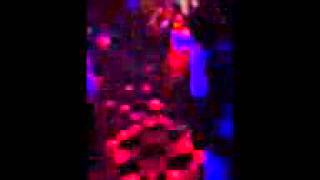 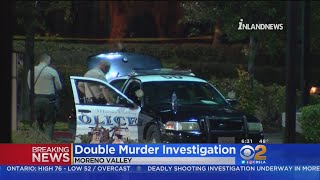 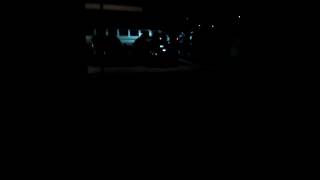