Morristown is a city in and the county seat of Hamblen County, Tennessee, United States.[8] Morristown also extends into Jefferson County on the west and southern ends. The population was 29,137 at the 2010 United States Census.[9] It is the principal city of the Morristown Metropolitan Statistical Area, which encompasses all of Grainger, Hamblen, and Jefferson counties. The Morristown metropolitan area is also a part of the Knoxville-Sevierville-La Follette Combined Statistical Area.

The first European settlers were Gideon Morris, a farmer, and his siblings, who arrived from the Watauga Settlement. The settlement was named Morristown, and land grants were assigned to Morris and his extended family.[10]

Pioneer and folk-hero David Crockett lived in present-day Morristown when his father, John Crockett, and established a tavern in 1794. The current-day Crockett Tavern Museum sits at the approximate location of the former tavern, and is listed on the National Register of Historic Places.[11]

Bethesda Presbyterian Church, a hospital during the Civil War

As the Civil War approached, the town's sympathies were divided between the Union and secessionist sides. In December 1863, some 25,000 Confederate Army soldiers under the command of General James Longstreet arrived at Bethesda Presbyterian Church, northeast of the town, to spend the winter, after the Battle of Bean's Station. They remained there until February 1864 and used the Bethesda Church building as a hospital.[12][13] Military engagements occurred near the church in both October and November 1864.[12] On October 28, 1864, Union General Alvan C. Gillem attacked Confederate forces under General John C. Vaughn in the Battle of Morristown. They fought in and around the town with Gillem routing Vaughn's Confederates in what became known as "Vaughn's Stampede." Vaughn was forced to retreat to Carter's Station on the Watauga River in northeastern Tennessee. The battle resulted in about 335 total casualties.[14][15][16] In the Battle of Bull's Gap ("Gillem's Stampede") in November, Confederate forces under General John C. Breckinridge prevailed over Gillem's troops, chasing the Union forces westward to a defensive position at Strawberry Plains near Knoxville.[16][17] During one of these skirmishes, a cannonball penetrated one of the church walls, causing structural damage that was repaired by reinforcing the walls with large iron rods.[12] The Union Army used the church as a hospital for soldiers wounded in these operations.[17] Many soldiers from both sides are interred in the Bethesda Church cemetery. Eighty of the wartime burials are unidentified.[12][13]

The Skymart and the present day

Morristown's Main Street area, measuring approximately 1 square mile (2.6 km2), arose from the intersection of two railroad lines. In 1962, Turkey Creek, which bisects the street, flooded and damaged the downtown commercial district. A suburban shopping mall on the city's west side also jeopardized businesses downtown, and the city developed a plan to modernize Main Street by creating an "overhead sidewalk", enabling businesses to form on the second floor of existing buildings while serving as a canopy for passage below. Building owners spent nearly $2 million ($16 million today) upgrading their properties and linking them to ramps, while the government contributed over $5 million to build the elevated walkways. The underground channel for Turkey Creek was also enlarged and rerouted. The project was completed in 1967; however, the Skymart has served as little more than a roof over the sidewalk and a remnant of the idealism of 1960s urban renewal projects. Despite the aftermath of the project, the overhead sidewalks still stand in the downtown area.[18][19]

Morristown is embarking on a resurrection of the Skymart as a social and commercial hub. It has been made a key element in a greenway master plan for the region. In an effort to renew public interest, city officials, the Downtown Morristown Association, and the Morristown Area Chamber of Commerce hold events in the city's downtown or the "Skymart District" throughout the year, mainly during the warmer months of May to September.[20]

On March 22, 2016, Main Street and the rest of Morristown's downtown district was officially listed on The National Register of Historic Places.[21] The nearby Rose Center and Hamblen County Courthouse are both listed on the registry as well.

Morristown is situated in the upper region of East Tennessee in the Tennessee Valley between the Great Smoky Mountains to the south, and Clinch Mountain to the north.[10] It is positioned nearly at a midpoint between Knoxville and the Tri-Cities region.[22]

Morristown falls in the humid subtropical climate zone (Köppen climate classification Cfa), although it is not quite as hot as areas to the south and west of Tennessee due to the higher elevations. Summers are hot and humid, with July highs averaging 85 °F (29 °C), lows averaging 66 °F (19 °C), and an average of eight days per year with temperatures above 90 °F (32 °C).[23] Winters are generally cool, with occasional small amounts of snow. January averages a high of around 45 °F (7 °C) and a low of around 28 °F (-2 °C), although low temperatures in the single digits and teens are not uncommon. The record high for Morristown, since 1994, is 103 °F (39 °C), while the record low is -2 °F (-19 °C). Annual precipitation averages around 44.3 in (1,125 mm), and average winter snowfall is 11.7 inches (30 cm). The average monthly relative humidity is around 70 percent.

There were 11,412 households, out of which 22.5% had children under 17 years of age living with them, 45.2% were married couples living together, 11.4% had a female householder with no husband present, and 36.2% were non-families. 31% of all households were made up of individuals, and 11.0% had someone living alone who was 65 years of age or older. The average household size was 2.47 and the average family size was 3.07.

Morristown is considered to be one of the largest manufacturing and industrial hubs in the state of Tennessee.[27] There are several industrial parks located in the eastern, western and southern parts of the city,[28] and over 100 manufacturers have based their facilities in Morristown, ranging from food processing, aerospace technology, machine and parts production, plastics engineering, and many other industries.[29][30]

Morristown's manufacturing market employs nearly 10,000 or 24% of the workforce in Hamblen County, and an extra 11,000 commuting from surrounding counties such as Jefferson, Grainger, Cocke, and Hawkins for employment.[31]

Morristown is considered a hub for retail, with the indoor regional College Square Mall serving an area of 300,000 people, and a diverse array of locally owned shops and franchised stores in retail developments dispersed around Morristown and in its downtown area.[22][32] In 2016, the city saw nearly $1.4 million in retail sales.[33]

There are several annual festivals and events held in Morristown,[34] some of the more notable events include:

The Overhead Sidewalks in Downtown Morristown.

Morristown hosted several Minor League Baseball teams from 1910 to 1961 at Sherwood Park.[40] The Morristown Jobbers became charter members of the Southeastern League in 1910.[41] The Jobbers continued in the Appalachian League in 1911 and played each season through 1914.[42] From 1923 to 1925, the city's entry in the league was called the Morristown Roosters.[41] In 1948, the Morristown Red Sox became charter members of the Mountain States League in which they played through 1954.[41] The team won the league championship in their first season.[43] The Red Sox folded early in the 1954 season and were replaced in the league by the Morristown Reds.[44][45] The Morristown Cubs, the city's final professional baseball team played in the Appalachian League from 1959 to 1961 and won the 1959 pennant.[41][46] Morristown is represented in the Tennessee House of Representatives in the 10th district by Representative Rick Eldridge, a Republican.[51]

In the Tennessee State Senate, Morristown is represented by the 1st district by Senator Steve Southerland, also a Republican.[52]

Morristown is represented in the United States House of Representatives by Republican Phil Roe of the 1st congressional district.[53]

The main campus of Walters State Community College is located in Morristown.[55]

The main campus and the aviation technology expansion campus of the Tennessee College of Applied Technology - Morristown, are located in Morristown.

Satellite campuses of King University and Tusculum College are located in Morristown.

Morristown is home to the Morristown-Hamblen Hospital. The hospital has a 167 room capacity with 23 designated for emergency use. It is considered the main healthcare center in the Morristown metropolitan area.[57]

All U.S. routes, state routes in Morristown, along with I-81, are maintained by the Tennessee Department of Transportation (TDOT) in TDOT Region 1, which consists of 24 counties in East Tennessee.[59] Streets, sidewalks, and greenways in the Morristown-Hamblen area are maintained by either the Hamblen County Highway Department or the City of Morristown Public Works Department.[60][61][62] Morristown and the surrounding area is served by Morristown Regional Airport (IATA:MOR), a 160-acre (65 ha) airport equipped with one 5,717-foot (1,743 m) runway. The airport is located southwest of Morristown's central business district near the neighborhood of Alpha, and is operated by the municipal government.[64] 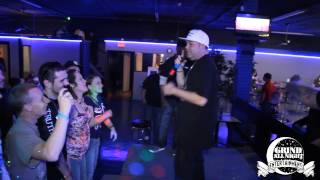 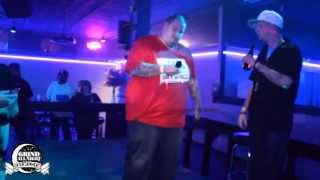 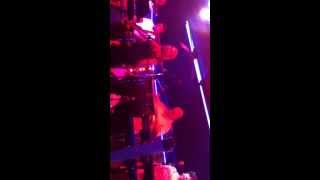 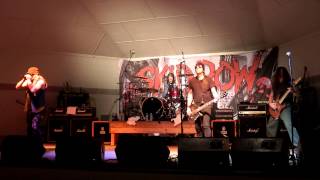 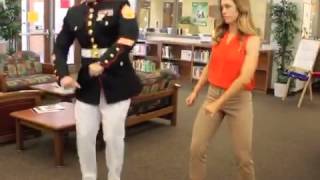 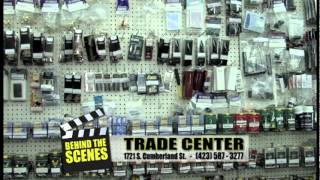 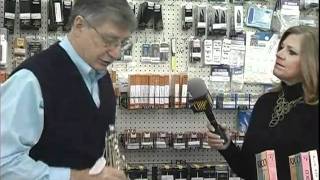 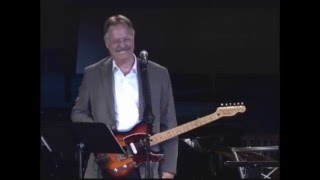 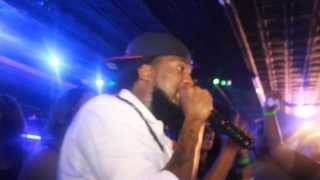 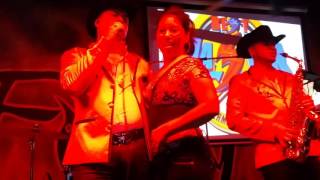 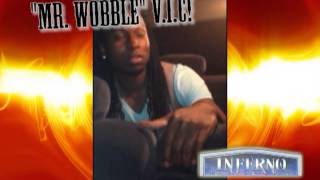 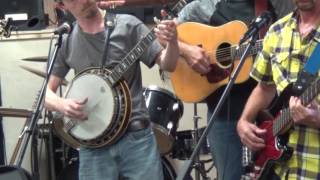 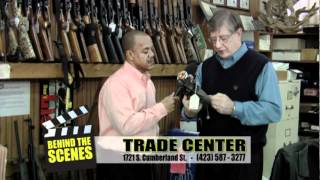 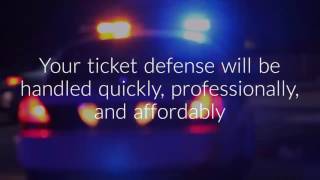 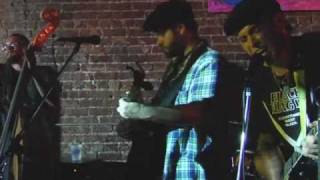 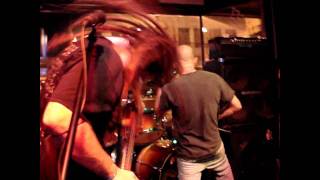 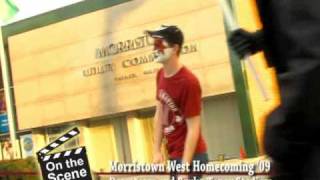 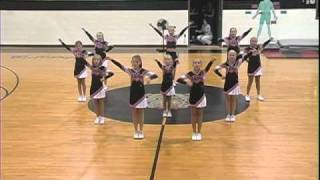 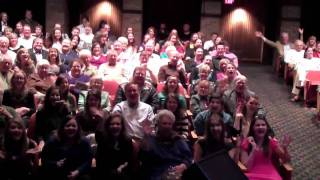