Murray is a home rule-class city[4] in Calloway County, Kentucky, United States. It is the seat of Calloway County[5] and the 19th-largest city in Kentucky.[6] The city's population was 17,741 during the 2010 U.S. census,[7] and its micropolitan area's population is 37,191. Calloway County is a college town and is the home of Murray State University.

The city now known as Murray began as a post office and trading center sometime in the early 1820s. It was at first called "Williston" in honor of James Willis, an early settler. Later, the name was changed to "Pooltown" after Robert Pool, a local merchant. The name was changed again to "Pleasant Springs" before its incorporation on January 17, 1844, when the present name was adopted to honor Rep. John Murray.[8]

Murray was not the first county seat, which was at Wadesboro. Calloway County was then much larger than today. In 1842, however, the state legislature divided the area, creating Marshall County. It was felt that a more centrally located county seat was needed, and as the village of Murray was at the geographic center, it was chosen. A new courthouse was built along with a jail, and the town Murray was laid out on an 80-acre (320,000 m2) plot subdivided into 137 business and residential lots divided by eight streets.[9][10] Kentucky did not officially secede from the Union during the Civil War, instead declaring its neutrality, but both Murray and Calloway County were strongly pro-Confederate. No major battles were fought near the town, but guerrilla warfare sometimes took place nearby. In the spring of 1862, a Union force stationed in Paducah marched across the county to the Tennessee River, taking anything it wanted from the inhabitants without paying. Also, parts of Murray were burned on several occasions. Once, part of the town was burned by the Union Army in retaliation for its presumed support for the Confederate guerrillas. A diary kept by Josh Ellison of Murray tells that one night during the winter of 1864-65, a detachment of Union soldiers from Paducah torched every buildings on the east side of the court square, three days later burning all those north of the square.[9][10]

An estimated 800 men from the area joined in the Confederate Army, either as infantry in the Kentucky Orphan Brigade or in the cavalry, while about 200 sided with the Union. Calloway County's Confederate veterans are honored by monument on the northeast side of the court house square. The statue was donated by the United Daughters of the Confederacy.

Murray has had several tornadoes and storms in recent years and has been the site of two F4 tornadoes. On February 5, 2008, Kentucky and surrounding states were subject to many violent tornadoes with some of them in Western Kentucky. On June 30, 2009, a violent storm with winds of up to 90 miles per hour (140 km/h) ravaged trees and damaged buildings. On July 4, 2009 another tornado outbreak in Western Kentucky left Independence Day celebrations spoiled throughout the region.

The architecture of Murray preserves its history throughout many of its downtown businesses. A commemoration was held on October 28, 2014, for the 150th Civil War Anniversary of Fort Heiman in New Concord, Kentucky, which became a National Battlefield on October 30, 2006.[14] The Clara M. Eagle Gallery is located in the Fine Arts Building.

The Clara M. Eagle Gallery is a multi-level art gallery that houses around 1,200 permanent artworks. The gallery has also been home to temporary shows, featuring contemporary art, African art, woodworking, and tapestries from Spain among others. The galleries have near 8,300 square feet (770 m2) of show space. The Wrather West Kentucky Museum is located in the first building constructed on the campus of Murray State University and has been placed on the National Register of Historic Places. The museum, which is free to the public, highlights the social development, economic and cultural development of the people of the Jackson Purchase region of Kentucky through permanent and changing exhibits.

Playhouse in the Park

Playhouse in the Park Community Theatre

Playhouse in the Park is one of the oldest community theatres in the state of Kentucky. The theatre is located in Murray's Central Park and is housed in a 1907 train and freight depot. The playhouse is open year-round and produces everything including original works, comedies, dramas, children's theatre, and musicals. On May 16, 2008, former President Bill Clinton made an appearance at Playhouse in the Park to speak about his wife's (Hillary Clinton) presidency campaign.

College athletics are the sporting events of choice in the Murray area. Murray State University participates in NCAA Division I athletics which is the highest level of collegiate athletics. The university has 16 athletic programs that compete in the Ohio Valley Conference and have provided 117 conference titles since 1948.[20] The most popular sport at Murray State is the men's basketball program. The basketball program is one of the winningest programs in NCAA history with over 1,300 wins and an all-time winning percentage of .637, which places Murray State 20th best in NCAA history.[21] Murray State has won 23 regular season Ohio Valley Conference titles and 15 OVC Tournament titles, which is the best in the OVC.[22] The men's basketball program has produced a number of NBA players, most notably Jeff Martin, Popeye Jones, Isaiah Canaan, Cameron Payne, and Joe Fulks, who is a Basketball Hall of Fame inductee and has been credited with being one of the pioneers of the jump shot.[23]

Murray has two movie theaters. The Cheri Theater has seven screens and shows nothing but first-run films. The Cheri was started in 1967 as a single-screen theater with seating for 600. There have been many additions and renovations throughout the years and in 1997, two 290 stadium seating auditoriums were added. In 2008, the theater upgraded its projectors to take advantage of Dolby 3D Technology.

The Curris Center Theater hosts Cinema International. The program is run through the department of modern languages at Murray State and is open, free of charge, to students and the public. Cinema International is open most weekends during regular university semesters. Around 18 shows per year showcase every film genre by directors around the world.

The Murray Independent School system has been a part of the Murray community since 1872, when the first public school was built in the center of town. Murray's school system has an enrollment of over 1,800 students.[] There have been 35 National Merit Finalists since 1974. In 2006, the Murray High School test scores were ranked as being 9th in the state of Kentucky. Standard & Poor's recognized the Murray Independent school district as being one of only 18 Kentucky school districts as an outperforming school district. The athletic program competes in Kentucky High School Athletic Association (KHSAA) Class AA in football and class A in cross-country, and track, the only three sports in which the KHSAA divides schools into classes by enrollment. Other sports, most notably basketball, are conducted in a single-class format. The school system also covers numerous extra curricular activities, from band, arts, social clubs, and an academic team.[25][26]

Students from northern and western Murray attend schools in the Calloway County School District, while those from the rest of the city attend those in the Murray Independent school district.[27]

Murray is the home of Murray State University, a four-year public university. The university was founded in 1922 as the Murray Normal School. The university today offers 11 associate, 64 bachelor, and 42 master's programs, and has an enrollment of over 10,000 students.[28]

Murray has a lending library, the Calloway County Public Library.[29]

The only daily newspaper in the city of Murray is the Murray Ledger & Times. The Ledger was established in 1879[30] and has remained locally operated. The Ledger is printed six days per week and has a city/county circulation of around 7,200 papers per day.[31] The Ledger also has many out of city readers who receive their paper via mail. The Murray State News is a weekly, award-winning student produced newspaper that has become popular, not only with students, but with regular citizens of Murray. The paper features everything from campus news, sports, activities, and opinions.

There are four radio stations with buildings in Murray, although the city can receive 25 different FM signals.

Murray has two television stations: WKMU 21, the local transmitter for the statewide KET public television network, and WQTV, a CW affiliate associated with KFVS 12, the region's CBS affiliate in Cape Girardeau, Missouri. Other major network stations available in Murray are:

Other road projects in Murray are to include the widening of Kentucky 121 through the city of Murray. Over 12,000 cars travel that stretch of road per day.[34] There is also a downtown loop and four-lane bypass in the works to help relieve traffic congestion within the city.[35]

The airport in Murray is the Murray-Calloway County Airport. The airport, known as Kyle-Oakley Field, is a general aviation airport that features a 24-hour terminal and has a runway dimension of 6,200'x 100' and can handle up to a 60,000 lb (27,000 kg) dual-wheel aircraft. The call-sign for Kyle-Oakley Field is CEY.

The Murray Calloway Transit Authority recently started the "Racer Routes" service that provides four public bus routes throughout Murray. It also has services for those who do not have a vehicle.

The KWT Railway starts one mile (1.6 km) north of Murray and travels south to Bruceton, Tennessee, where it connects with CSX railway that travels to Memphis and beyond.

Electric service in the city of Murray is provided by the Murray Electric System. The electric system is locally owned and governed and gets all of its energy from the Tennessee Valley Authority. In turn, electric customers in Murray enjoy one of the lowest electric rates in the United States. The cost is around 7.2 cents per kilowatt hour.[36] In recent years, MES has branched out into telecommunications. It offers internet service with speeds of up to 12 Mbit/s, home telephone service, and digital cable television service.

Natural gas and water service falls under the city of Murray's Public Works department. The natural gas service has roughly 5,500 customers, in which 1,300,000 cubic feet (37,000 m3) is used per year.[37] The water system treats 1.3 billion gallons of water per year going through 105 miles (169 km) of water main piping. The current treatment plant was built in 1992 with a capacity of 7 million gallons per day. At current, the plant treats 3.6 million gallons per day. The Murray sewer treatment plant treats 4 million gallons of sewage per day and is connected with 122 miles (196 km) of sanitary sewer piping.[38][39] 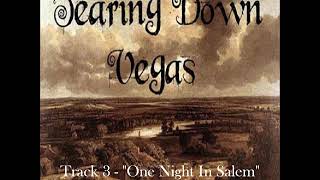 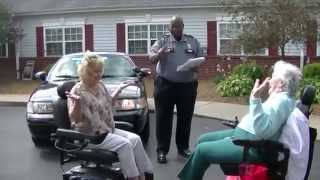 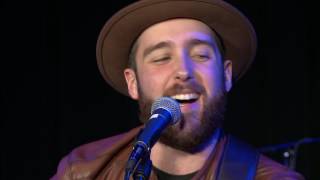 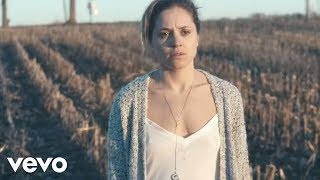 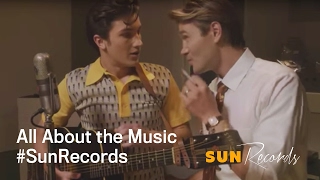 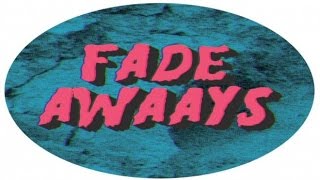 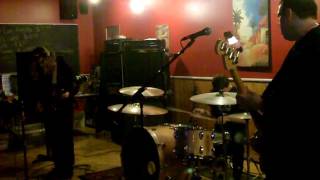 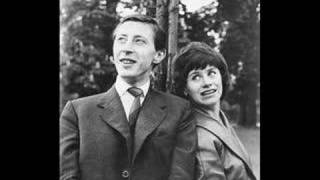 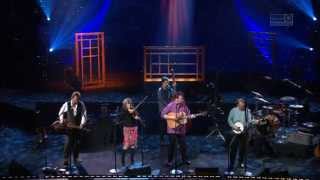 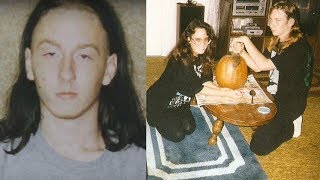 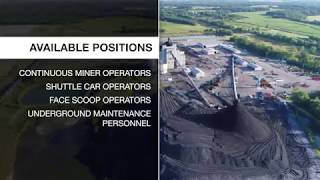 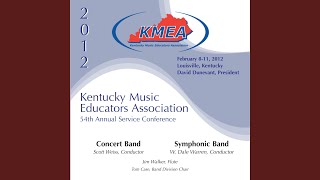 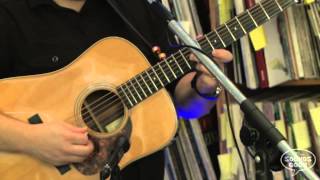 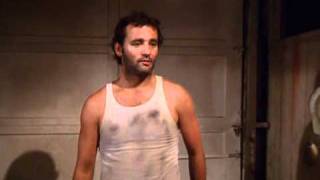 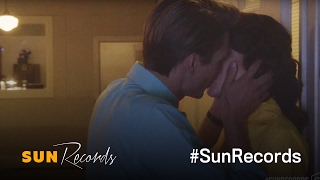 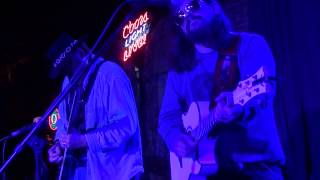 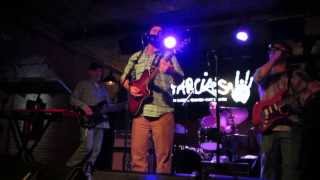 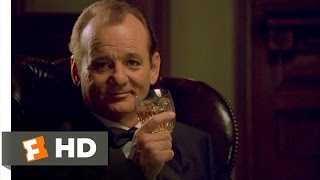