Muskegon is a city in the U.S. state of Michigan, and is the most populous city along the western shore of Michigan. At the 2010 census the city population was 38,401. The city is the county seat of Muskegon County.[7] It is at the southwest corner of Muskegon Township, but is administratively autonomous.

The entrance to Muskegon Lake from Lake Michigan at Muskegon, Michigan

Human occupation of the Muskegon area goes back seven or eight thousand years to the nomadic Paleo-Indian hunters who occupied the area following the retreat of the Wisconsonian glaciations. The Paleo-Indians were superseded by several stages of Woodland Indian developments, the most notable of whom were the Hopewellian type-tradition, which occupied this area, perhaps two thousand years ago,.[9]

During historic times, the Muskegon area was inhabited by various bands of the Odawa (Ottawa) and Pottawatomi Indian tribes, but by 1830 Muskegon was solely an Ottawa village.[10] Perhaps the best remembered of the area's Indian inhabitants was the Ottawa Indian Chief, Pendalouan. A leading participant in the French-inspired annihilation of the Fox Indians of Illinois in the 1730s, Pendalouan and his people lived in the Muskegon vicinity during the 1730s and 1740s until the French induced them to move their settlement to the Traverse Bay area in 1742.[9]

The name "Muskegon" is derived from the Ottawa tribe term "Masquigon," meaning "marshy river or swamp".[11] During the lumbering era of the late 1800s, lumber companies sent white pine logs down the Muskegon River from as far away as Houghton Lake in Northern Michigan to sawmills and processing facilities in Muskegon.[12][13]

The "Masquigon" River (Muskegon River) was identified on French maps dating from the late seventeenth century, suggesting French explorers had reached Michigan's western coast by that time. Father Jacques Marquette traveled northward through the area on his fateful trip to St. Ignace in 1675 and a party of French soldiers under La Salle's lieutenant, Henry de Tonty, passed through the area in 1679.[9]

The county's earliest known Euro-American resident was Edward Fitzgerald, a fur trader and trapper who came to the Muskegon area in 1748 and who died there, reportedly being buried in the vicinity of White Lake. Sometime between 1790 and 1800, a French-Canadian trader named Joseph La Framboise established a fur trading post at the mouth of Duck Lake. Between 1810 and 1820, several French Canadian fur traders, including Lamar Andie, Jean Baptiste Recollect and Pierre Constant had established fur trading posts around Muskegon Lake.[9]

Euro-American settlement of Muskegon began in earnest in 1837, which coincided with the beginning of the exploitation of the area's extensive timber resources. The commencement of the lumber industry in 1837 inaugurated what some regard as the most romantic era in the history of the region. Lumbering in the mid-nineteenth century brought many settlers, especially ones from Germany, Ireland, and Canada.[14]

Some neighborhoods of Muskegon began as separate villages. Bluffton was founded as a lumbering village in 1862 in Laketon Township. It had its own post office from 1868 until 1892. Muskegon annexed it in 1889.[15]

In 1976, Muskegon Mall was built in downtown Muskegon, featuring Sears, Steketee's, and Hardy's-Herpolsheimer's. A second mall, The Lakes Mall, was built southeast of town in 2001, resulting in the closure of Muskegon Mall and the rebirth of the City's traditional downtown.

The city levies an income tax of 1 percent on residents and 0.5 percent on nonresidents. [22] The Michigan Department of Corrections operates the Muskegon Correctional Facility in southeastern Muskegon. The prison first opened in 1974.[23]

In 2010, North Muskegon High School was noted as the top performing public school in the State of Michigan by the state Department of Education.[25]

The City of Muskegon is also served by Muskegon Community College and Baker College.

Western Michigan University, Ferris State University, and Grand Valley State University all operate programs out of the Stevenson Center for Higher Education on the campus of Muskegon Community College. It is designed so an undergraduate at MCC may transfer to any of the above schools and complete a bachelors and/or master's degree without leaving Muskegon.

Muskegon County is home to Blue Lake Fine Arts Camp, in the Manistee National Forest in the town of Twin Lake.[]

Once a movie house, the Frauenthal Center for the Performing Arts[26] includes two theaters (the main Frauenthal house and the smaller Beardsley Theater in the adjoining Hilt Building). It was refurbished in 1998, and runs JAM Theatrical productions, Muskegon Civic Theatre[27] productions, is home of the West Michigan Symphony Orchestra,[28] was the venue for all Muskegon Community Concert Association[29] events, and used to be home to the now-defunct Cherry County Playhouse. The Frauenthal was originally built as the Michigan Theater in 1929.

Muskegon also has one of the founding chapters of the Barbershop Harmony Society.[]

Muskegon also houses a moderate-sized private collection of fine art in the Muskegon Museum of Art.[30]

A lackluster attendance in 2011 caused the cancellation of the 2012 Muskegon Summer Celebration festival.[31] A new festival, Rockstock (formerly Coast West[32]) has taken its place.[33] The Art Fair also returned in 2013.[34] The Art fair has grown to become one of the largest and well-attended art fairs in the State of Michigan.

Muskegon Bike Time[35] is held every July. The most well-attended aspect of Bike Time is Rebel Road - a 6 block stretch of Western Avenue in downtown Muskegon, when 50,000+ bikes and more than 100,000 visitors spend much of the 4-day festival. More than 100,000 people attended Bike Time and Rebel Road in 2016.

The Muskegon Motorcycle Club, organized in 1920, hosts the Hill Climb every other year, an American Motorcycle Association (AMA) sanctioned race.[36]

Each August, the Unity Christian Music Festival takes place at Heritage Landing. In May, Rock the Coast[37] takes place at Michigan's Adventure. Both are organized by Alive on the Lakeshore.

In September, the Michigan Irish Music Festival brings renowned Celtic musicians to Heritage Landing on the shore of Muskegon Lake. Artists have included Tommy Makem, Gaelic Storm, Slide, The Old Blind Dogs, Scythian and many more. In addition to music, Irish food, beverages, merchandise and cultural exhibits contribute to the appeal of this event. The Michigan Feis (Irish Dance competition) is affiliated and is held at Muskegon Catholic Central High School.

Muskegon also plays host to Moose Fest each August, as well as the Muskegon Polish Festival each September.[38][39]

Broadway at the Frauenthal (fall through spring) brings Broadway musicals to Muskegon. Muskegon is also home to Muskegon Museum of Art and West Michigan Symphony Orchestra. The Muskegon Community Concert Association provides concerts from September through May.

Lakeshore Museum Center (formerly known as Muskegon County Museum)[41] and Hackley & Hume Historic Site: Mansions built by Muskegon's lumber barons themselves are restored to their old glory and open to the public. The Hackley & Hume mansions are part of downtown Muskegon's Heritage Village--two blocks from Muskegon Lake, and a National Register Historic District. The mansions are operated with the Lakeshore Museum Center, which details the grand, rich history of Muskegon County, from the Pottawatomi and Ottawa Native American tribes and lakeside fur traders to the Lumber Queen of the World to today. Also includes science and nature exhibits.

The Muskegon Museum of Art opened in 1980. Among the highlights of its permanent collection is Tornado Over Kansas, by John Steuart Curry (one of three leading painters, along with Grant Wood and Thomas Hart Benton, identified as Regionalists and known for their canvases celebrating the rural Midwest).[42]

In addition, Muskegon also berths Milwaukee Clipper, a former car ferry that traveled the same route as Lake Express does today. The ship (which is a National Historic Landmark) is in the middle of a long process of being restored to its original form, but in the meantime is open for tours and hosts a museum aboard the vessel with information on both Milwaukee Clipper, as well as the history of maritime in Muskegon. Muskegon is an historical port for commerce and lake travel. The lumbering era through World War II was its busiest historical use. Its image as a port the city has embraced with the local nickname 'The Port City'. It possesses a fine deep-water port and still functions delivering bulk cement, aggregate, and large cargoes to several lakeshore facilities, also coal to the B.C. Cobb power plant, an outdated coal-burning facility due to shut down.

P.J. Hoffmaster State Park has many sand dunes as well as two campgrounds and a public beach for tourists to enjoy.[44]

Pere Marquette Beach is the largest free public beach on the western shore of Lake Michigan, and one of the loveliest in the state. Windsurfing, kite boarding competitions, and professional volleyball tournaments are held there. Its quartz sand beach is a Clean Beaches Counsel certified beach. The beach area is popular with cyclists, runners and hikers, and sand dunes border the beach to the east.

Muskegon Lake is a first class walleye fishery and has many other freshwater species including the Lake Perch. Lake Michigan off Muskegon hosts large numbers of coho and Chinook salmon, steelhead, brown trout, lake perch and many other game fish.

Sailing and recreational boating are major summer pastimes with many services and marinas in the area for boats of all sizes.

Previous sports teams to play in Muskegon have included:

Muskegon is the eastern port of the Lake Express High Speed Car Ferry that crosses Lake Michigan to Milwaukee, Wisconsin offering three roundtrips a day in the summer, and two roundtrips in the fall. There are many bike paths starting to be built around the area.

CSX Transportation along with the Michigan Shore Railway provide rail service for many of Muskegon's industries. Rail passenger services ended in the 1960s. The nearest passenger rail available is via Amtrak in nearby Holland or Grand Rapids.

Until 1971 the Chesapeake & Ohio Railway (successor to the Pere Marquette Railway) operated day and night trains from Union Station to Holland and Chicago.[47] The Grand Trunk Western and the Pennsylvania Railroad had earlier operated passenger trains out of another Muskegon station to various points in Michigan.[48]

In 1937 the Grand Trunk Western began operating ferries that met up with train and carried passengers and automobiles across Lake Michigan to Milwaukee. Earlier, the GTW had operated the ferries out of Grand Haven. The GTW stopped operating the ferries in 1978. The last remaining ferries across the lake would be the ones launching from Ludington, Michigan.[49][50] 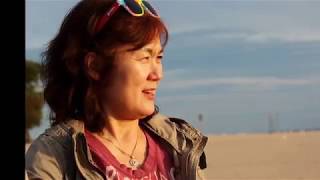 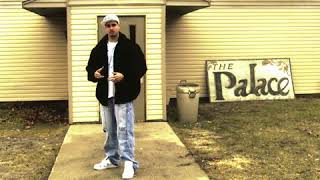 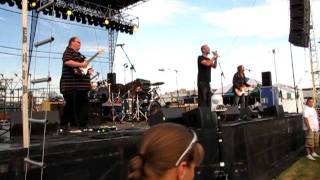 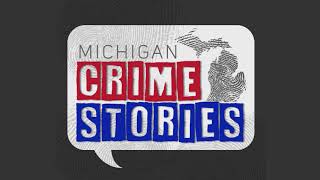 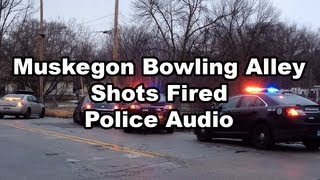 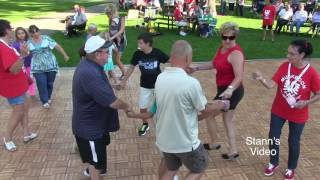 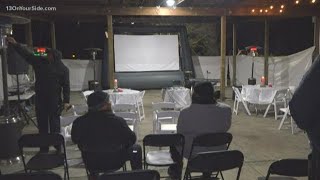 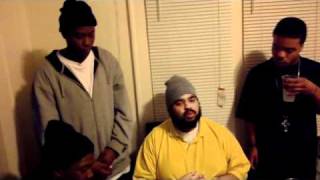 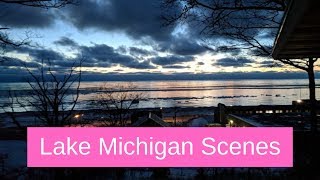 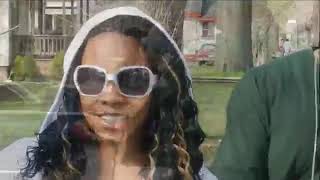 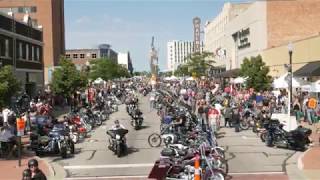 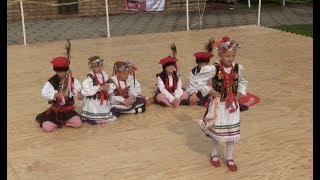 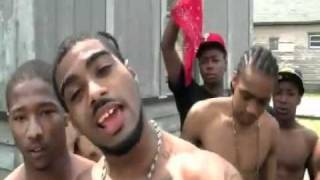 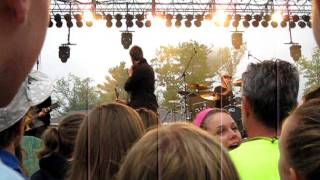 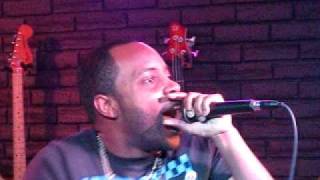 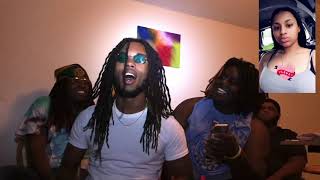 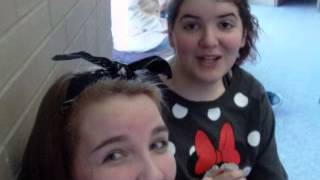 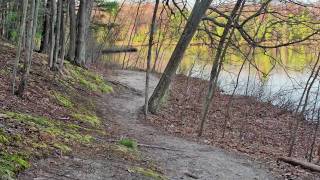 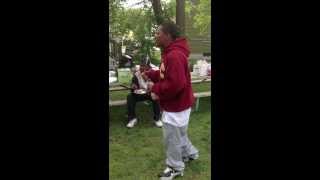