Nassau County is the northeasternmost county of the U.S. state of Florida. According to the 2010 United States Census, the county's population was 73,314. The Census Bureau estimated a population of 88,625 in 2019.[2]

The county seat and the largest incorporated city is Fernandina Beach. Nassau County is part of the Jacksonville metropolitan area, which was home to 1,534,701 people in 2018.[3] The county is situated in Northeast Florida with a land area of 726 square miles (1,880 km2). Population growth in the county has increased by over 28,000 residents since the year 2000 as a result of Nassau's proximity to downtown Jacksonville, new housing developments, agricultural production, tourism locations, and a diversifying tax base with new industrial and commercial companies moving to the county.[4][5] Nassau County is also a popular choice of residence for military personnel stationed on bases in nearby Duval County (Naval Air Station Jacksonville, Naval Station Mayport) and Camden County (Naval Submarine Base Kings Bay).

Nassau County was created in 1824 from Duval County. It was named for the Duchy of Nassau in Germany.

The Battle of Alligator Bridge took place in Nassau County around Callahan on June 30, 1778, and was the only major engagement in an unsuccessful campaign to conquer British East Florida during the American Revolutionary War.

The main environmental and agricultural body is the Nassau County Soil and Water Conservation District, which works closely with other area agencies.

The Ocean Highway & Port Authority (OHPA) is the independent government agency in Nassau County, Florida, that owns and operates the seaport system at the Port of Fernandina. OHPA was founded in 1941 by the Florida Legislature.[7]

The Port of Fernandina is used for terminal service for pulp and paper as well as steel exports, machinery, auto parts, chemicals, beverages, chemicals, building materials and food products. Container lines from the port serve routes to Colombia, Venezuela, the Dominican Republic, Haiti, Jamaica, Aruba, Curaçao, and Bermuda. In 2020 the port received over a million dollar grant from the United States Department of Transportation to start a barge service.[8]

The Nassau County Courthouse in Fernandina Beach is a historic two-story red brick courthouse built in 1891.

The Robert M. Foster Justice Center is in Yulee. It was opened in 2004 to augment the historic Nassau County Courthouse location. This facility contains over 111,000 square feet and cost over $20 million to build.[12]

Like much of the south Atlantic region of the United States, Nassau County has a humid subtropical climate (Köppen Cfa), with mild weather during winters and hot and humid weather during summers. Seasonal rainfall is concentrated in the warmest months from May through September, while the driest months are from November through April. Due to Yulee's low latitude and proximity to the coast it allows for very little cold weather, and winters are typically mild and sunny.[13]

There are 12 distinct topographical zones in Nassau County. Most of these zones run in narrow bands stretching from north to south, although this is less true as one approaches the Atlantic coast.

Nassau County's economy is very diverse, ranging from agricultural activity (mostly in the form of tree farms) in the west and central areas, to a variety of activities closer to Amelia Island. Much of the land used for tree farming is owned by Rayonier, a major employer in the area, and the owner of a large pulp mill in Fernandina Beach. Historically, tree farming, trucking, and pulp production have characterized a large portion of the local economy. However, extensive growth is occurring in the outlying small towns in the rural western area, and the home construction market is still quite strong. Fernandina Beach has long been known for professional industries such as real estate, legal services, and medical care, and is also the closest city to two upscale resorts: the Ritz-Carlton Hotel and Amelia Island Plantation. In the central area of the county, a private tract of land known as the White Oak Conservation was once owned by a wealthy family who ran the area as a private zoo, complete with exotic animals such as giraffes and large albino cats. Numerous public figures, including former President Bill Clinton, have traveled to the resort in the past as a vacation spot.

Nassau County has several outdoor festivals and events. The county is home to two world-class golf courses: The Golf Club at North Hampton was designed in part by Arnold Palmer, and is over 7,000 acres (2,800 ha), has 18 holes and a 72 par.[23] and the Amelia National Golf & Country Club, designed by Tom Fazio which has 18 holes and a 72 par.[24][25]

The Nassau County Economic Development Board, which represents all of Nassau County as a desirable place to relocate a business or to expand a business.[26] In November 2017 it was announced that the University of Florida will be building two health and fitness facilities.[27] In January 2018 the large energy company Florida Public Utilities announced that they will be relocating to Yulee and will be building a new 55,000-square-foot (5,100 m2) corporate headquarters.[28]

In 2017 Rayonier completed building a new corporate headquarters in Yulee.[29] Rayonier also plans to develop a 24,000-acre (9,700 ha) pine forest in Yulee into a community complete with housing, offices, medical facilities, shopping centers, light industrial facilities and schools. The development, starting with 4,200 acres (1,700 ha) and is called Wildlight. Rayonier is also working with Nassau County to develop the Wildlight Elementary School at a cost of $26 million which is scheduled to open for the start of the 2017-2018 academic year with 600 students.[30]

Fernandina Beach Municipal Airport, a general aviation airport and former military airbase that is also now used at times by the U.S. Navy, the U.S. Coast Guard and the Florida Air National Guard and is in Amelia Island three nautical miles (5.6 km) south of the central business district of Fernandina Beach. It is designated as a reliever airport for Jacksonville International Airport.[31]

Hilliard is home to a Federal Aviation Administration (FAA) Air Traffic Control Center, which coordinates most commercial and civilian air traffic for the southeastern United States. The FAA center is a major employer in Hilliard and there are many retired FAA employees who live in Nassau County.

The Florida Welcome Center in the county is a "tourist information house", near the Florida/Georgia state line on I-95. This center provides incoming visitors with a variety of information on travel, highways, sports, climate, accommodations, cities, outdoor recreation, and attractions. In tribute to the citrus industry (which historically has been a major part of Florida's economy), every visitor is offered a free cup of Florida citrus juice (orange or grapefruit).[32]

According to the Nassau County website as of June 2019,[33] the top employers in the county are:

Florida State College at Jacksonville, a state college in the Florida College System, has a campus in Nassau County near Yulee called the Betty Cook Center. It is accredited by the Southern Association of Colleges and Schools to award associates degrees and bachelor's degrees.

A major renovation of the Fernandina Beach branch was completed in 2015 and a grand opening of the branch was held in April, 2016. The newly renovated library, at 25 North 4th Street, doubled its size to approximately 16,000 square feet (1,500 m2). Per the Nassau County Public Library's long range plan for 2013-2017, this renovation brought that building, originally opened in 1976, up to current Nassau County code. A resolution between the City of Fernandina Beach and Nassau County was also passed that details the ownership of the Library facility and Library operations. The Fernandina Beach branch also houses over one thousand titles that belong to the Amelia Island Genealogical Society. The materials are available for public use at the library.

There are three newspapers in Nassau County. The largest, the Fernandina Beach News-Leader is owned by Community Newspapers Incorporated, a media company headed by Tom Wood and Dink NeSmith. The Nassau County Record is also owned by Community Newspapers Incorporated. Both of these periodicals are available by subscription or from newsstands. The Westside Journal, an independent newspaper, is published by Florida Sun Printing, and is available for free through the mail and usually features submitted copy.

Gallery of Municipalities and Communities 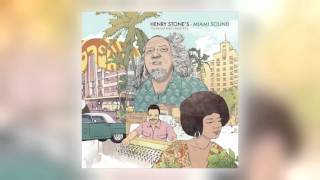 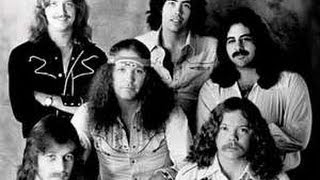 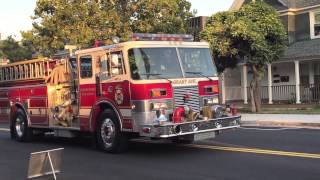 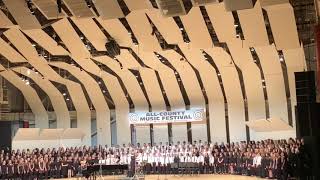 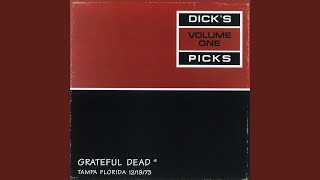 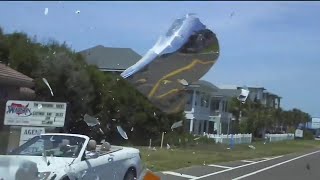 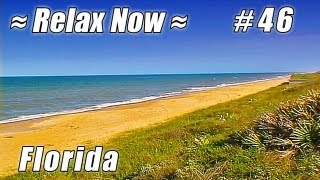 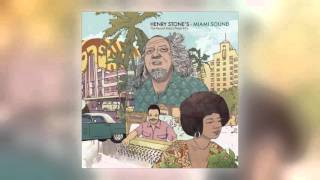 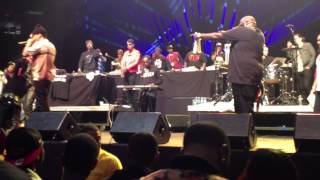 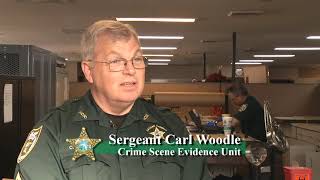 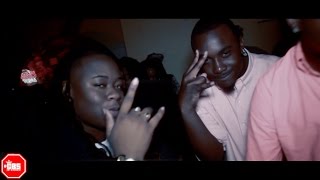 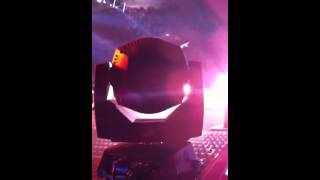 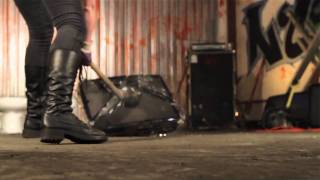 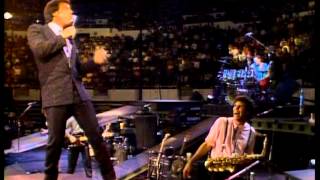 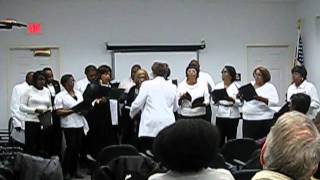 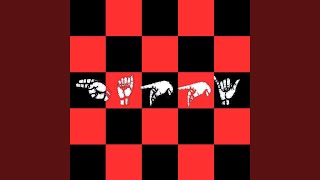 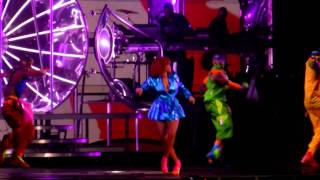 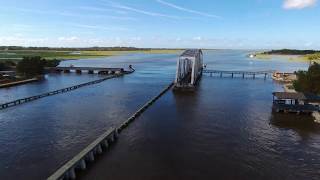