New Albany is a city in Floyd County, Indiana, United States, situated along the Ohio River, opposite Louisville, Kentucky. The population was 36,372 at the 2010 census. The city is the county seat of Floyd County.[6] It is bounded by I-265 to the north and the Ohio River to the south, and is considered part of the Louisville, Kentucky Metropolitan Statistical Area. The mayor of New Albany is Jeff Gahan, a Democrat; he was re-elected in 2019.

The land of New Albany was officially granted to the United States after the American Revolutionary War. The territory had been captured by George Rogers Clark in 1779. For his services Clark was awarded large tracts of land in Southern Indiana including most of Floyd County. After the war Clark sold and distributed some of his land to his fellow soldiers. The area of New Albany ended up in the possession of Col. John Paul.

New Albany was founded in July 1813 when three brothers from New York --Joel, Abner, and Nathaniel Scribner--arrived at the Falls of the Ohio and named the site after the city of Albany, New York.[7] They purchased the land from Col. John Paul. New Albany was platted by John Graham on the land owned by the Scribner brothers. In 1814 Joel and Mary Scribner built their home in New Albany; the Scribner House[8] still stands today.

New Albany was incorporated as a town in 1817 as part of Clark County. In 1819, three years after Indiana was admitted as a state, New Albany became the seat of government for newly established Floyd County.[9] A courthouse was finally built in 1824.

New Albany grew rapidly and was the largest city in Indiana from 1816 until 1860 when overtaken by Indianapolis. Before the Civil War, over half of Hoosiers worth over $100,000 lived in New Albany,[10] making it by far the wealthiest part of the state. The steamboat industry was the engine of the city's economy during the mid-19th century. Fueled by abundant forests for lumber, at least a half-dozen shipbuilders were in operation and turned out a multitude of steamboats and packet boats, including the Robert E. Lee, Eliza Battle, the Eclipse, and the A.A. Shotwell. Shipbuilding was accompanied by a wide range of ancillary business including machine shops, foundries, cabinet and furniture factories, and silversmith shops. Its second largest business was the American Plate Glass Works.

In 1847 the city was connected to the port at Michigan City, Indiana on Lake Michigan via the Monon railroad. In 1853 the New Albany High School opened, the first public high school in the state. The original school was built at the corner of West First Street and Spring Street. New Albany would also be the first in the state to create a consolidated school district several years later.

Ashbel P. Willard, governor of the state of Indiana and a native of New Albany, dedicated the Floyd County Fairgrounds in 1859. That year, the Indiana State Fair was held in New Albany. During the Civil War, the fairgrounds were converted to become Camp Noble and used as a muster point for the area's regiments.

During the Civil War New Albany served as both a supply center for Union troops and as a medical care center for wounded soldiers. Up to 1,500 wounded soldiers were treated in New Albany during the war, many non-medical buildings were converted into makeshift hospitals. In 1862, Abraham Lincoln established one of the first seven national cemeteries in New Albany for burying the many war dead. Despite the ongoing war, a new courthouse was built in 1865 which was used until the 1960s when the current City-County courthouse was constructed, also the first in Indiana.

Downtown New Albany The 160 feet tall Town Clock Church was built in 1852 as a stop on the Underground Railroad.

The Town Clock Church, now the Second Baptist Church, was used as the New Albany stop in the Underground Railroad.[11] The original steeple was destroyed by a lightning strike in 1915 and a new replica steeple wasn't completed until 101 years later in 2016.

During the American Civil War the trade with the South dwindled, as New Albany was boycotted by both sides, by Confederates because it was in a Union state and by the North because it was considered as too friendly to the South. Indianapolis overtook New Albany as Indiana's largest city in 1860 and across the river Louisville's population grew much faster, New Albany never regained its original stature. The once robust steamboat industry ended by 1870, with the last steamboat built in New Albany named, appropriately, the Robert E. Lee.

During the second half of the 19th century, New Albany experienced an industrial boom despite the collapse of the steamboat industry. The advent of the railroad created economic opportunity for the city as a pork packing and locomotive repair center. A bridge was built across the Ohio River in 1886 providing a rail and road connection with Kentucky. American Plate Glass Works opened in 1865 which employed as many as 2,000 workers. When the factory relocated in 1893 New Albany lost a large part of its population and went into economic decline.

Interstate 64 was built through New Albany in 1961 and led to the construction of the Sherman Minton Bridge. The project cost $14.8 million. The bridge was named for US Senator and later Supreme Court Justice Sherman Minton, who was a native of nearby Georgetown and practiced law in New Albany. The bridge was named the "most beautiful long-span bridge of 1961" by the American Institute of Steel Construction.

Charles A. Prosser lived in New Albany for much of his life. Charles Allen Prosser School of Technology was named in honor of his accomplishments as the "father of vocational education." In the mid and late 20th century, New Albany became an innovator in using electronic media in education. New Albany High School, a public school, started WNAS-FM in 1949, which is the nation's oldest continuously operating high school radio station. In the late 1960s, Slate Run Elementary School started WSRS, a non-licensed student-produced closed-circuit television service for its classrooms, one of the nation's first in an elementary school.

In January 1937, a major flood struck the region. New Albany, like the other river towns, had no flood walls and no methods of regulating the river. The Ohio River rose to 60.8 feet at New Albany, leaving most of the town under 10 or more feet of water for nearly three weeks. The flood was the worst disaster to befall the city.

After the flood, New Albany was the first city in the region to begin construction on massive flood walls around the city. New Albany's flood walls served as examples for those constructed around Louisville and Clark County.

New Albany's Main Street features a large collection of late 19th century mansions from the city's heyday as a shipbuilding center. The centerpiece is the Culbertson Mansion, a three-story French Second Empire Style structure, which is today an Indiana state memorial.[15]

Every October, the downtown area of New Albany hosts the Harvest Homecoming festival, one of the largest annual events in the state. Festivities begin on the first weekend of October, but the main part, consisting of midway rides, shows, and booths lining the downtown streets, lasts from Thursday-Sunday of the second weekend in October. The 2020 Harvest Homecoming was cancelled due to the coronavirus pandemic.

Elementary schools in the city limits include:

Grant Line Elementary School is in an unincorporated area near New Albany.[17]

Middle schools in the city limits include:

New Albany High School is the city's senior high school with the city being in its attendance boundary.[20]

The Greater Louisville Regional Japanese Saturday School ( Gur?t? Ruibiru Nihongo Hosh?k?), a Japanese weekend supplementary school, is affiliated with IUS's Japan Center.[21] It was established in January 1988 and holds its classes at Hillside Hall; its office is elsewhere in New Albany.[22]

The city has a free lending library, the New Albany-Floyd County Public Library.[23] 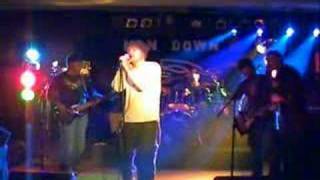 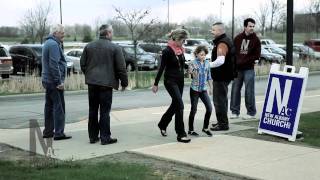 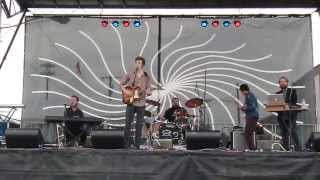 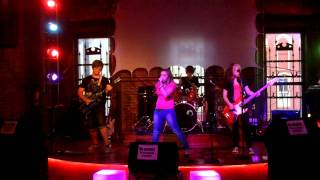 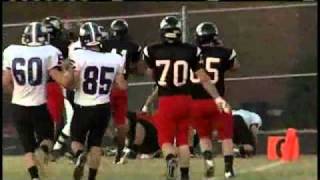 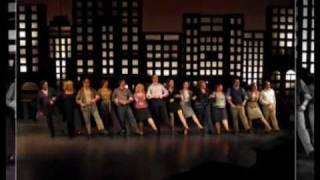 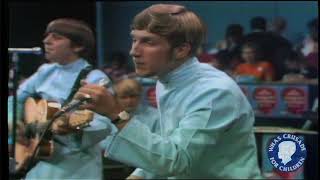 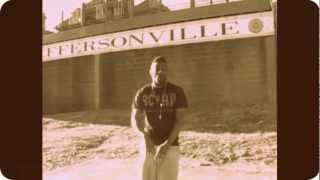 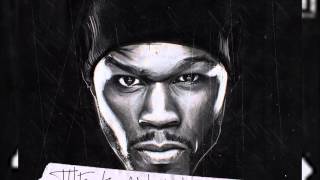 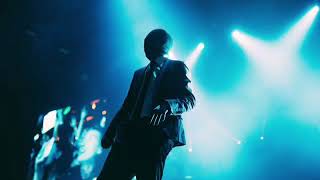 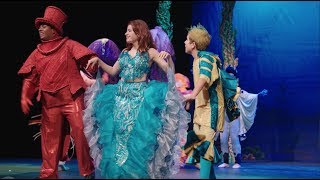 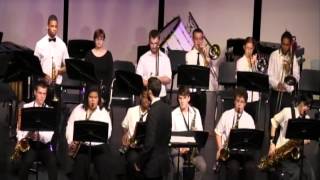 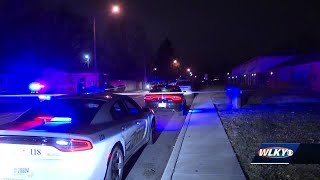 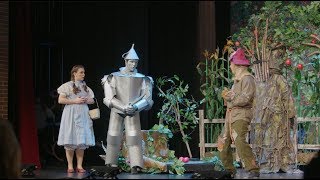 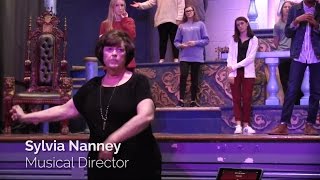 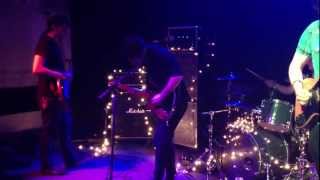 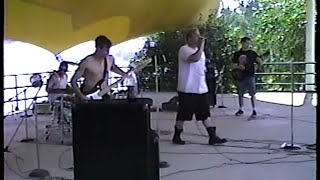 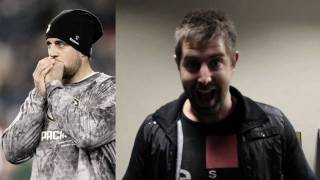 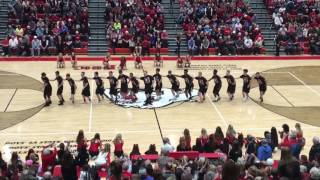 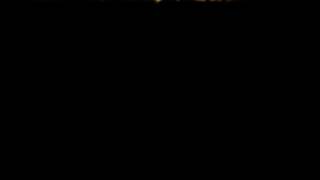