New London is a seaport city and a port of entry on the northeast coast of the United States, located at the mouth of the Thames River in New London County, Connecticut. It was one of the world's three busiest whaling ports for several decades beginning in the early 19th century, along with Nantucket and New Bedford, Massachusetts. The wealth that whaling brought into the city furnished the capital to fund much of the city's present architecture. The city subsequently became home to other shipping and manufacturing industries, but it has gradually lost most of its industrial heart.

New London is home to the United States Coast Guard Academy, Connecticut College, Mitchell College, and The Williams School. The Coast Guard Station New London and New London Harbor is home port to the Coast Guard Cutter Chinook and the Coast Guard's tall ship Eagle. The city had a population of 27,620 at the 2010 census. The Norwich-New London metropolitan area includes 21 towns and 274,055 people.

Fort Trumbull, originally built on this site in 1777. The present structure was built between 1839 and 1852. The Parade in 1883, with a railroad station built in 1864 at right (replaced by New London Union Station in 1887) and ferryboats in the river

The area was called Nameaug by the Pequot Indians. John Winthrop, Jr. founded the first English settlement here in 1646, making it about the 13th town settled in Connecticut. Inhabitants informally referred to it as Nameaug or as Pequot after the tribe. In the 1650s, the colonists wanted to give the town the official name of London after London, England, but the Connecticut General Assembly wanted to name it Faire Harbour. The citizens protested, declaring that they would prefer it to be called Nameaug if it couldn't be officially named London.[4][5] The legislature relented, and the town was officially named New London on March 10, 1658.

New London was raided and much of it burned to the ground on September 6, 1781 in the Battle of Groton Heights by Norwich native Benedict Arnold in an attempt to destroy the Revolutionary privateer fleet and supplies of goods and naval stores within the city. It is often noted that this raid on New London and Groton was intended to divert General George Washington and the French Army under Rochambeau from their march on Yorktown, Virginia. The main defensive fort for New London was Fort Griswold, located across the Thames River in Groton. It was well known to Arnold, who sold its secrets to the British fleet so that they could avoid its artillery fire. The British overran New London's Fort Trumbull, while other soldiers moved in to attack Ft. Griswold across the river, commanded by Lieutenant Colonel William Ledyard. The British suffered great casualties at Ft. Griswold before the Americans were finally forced to surrender--whereupon the British stormed into and slaughtered most of the militia who defended it, including Colonel Ledyard. All told, more than 52 British soldiers and 83 militia were killed, and more than 142 British and 39 militia were wounded, many mortally. New London suffered over 6 militia killed and 24 wounded, while Arnold and the British and Hessian raiding party suffered an equal amount.[7]

Connecticut's independent legislature made New London one of the first two cities brought from de facto to formalized incorporations in its January session of 1784, along with New Haven.

During the War of 1812, torpedoes were employed in attempts to destroy British vessels and protect American harbors. In fact, a submarine-deployed torpedo was used in an unsuccessful attempt to destroy HMS Ramillies while in New London's harbor. This prompted British Capt. Hardy to warn the Americans to cease efforts with the use of any "torpedo boat" in this "cruel and unheard-of warfare", or he would "order every house near the shore to be destroyed."[8]:693

For several decades beginning in the early 19th century, New London was one of the three busiest whaling ports in the world, along with Nantucket and New Bedford, Massachusetts. The wealth that whaling brought into the city furnished the capital to fund much of the city's present architecture.

Several military installations have been part of New London's history, including the United States Coast Guard Academy and Coast Guard Station New London.[9] Most of these military installations have been located at Fort Trumbull. The first Fort Trumbull was an earthwork built 1775-1777 that took part in the Revolutionary War. The second Fort Trumbull was built 1839-1852 and still stands. By 1910, the fort's defensive function had been superseded by the new forts of the Endicott Program, primarily located on Fishers Island. The fort was turned over to the Revenue Cutter Service and became the Revenue Cutter Academy. The Revenue Cutter Service was merged into the United States Coast Guard in 1915, and the Academy relocated to its current site in 1932. During World War II, the Merchant Marine Officers Training School was located at Fort Trumbull. From 1950 to 1990, Fort Trumbull was the location for the Naval Underwater Sound Laboratory, which developed sonar and related systems for US Navy submarines. In 1990, the Sound Laboratory was merged with the Naval Underwater Systems Center in Newport, Rhode Island, and the New London facility was closed in 1996.[10][11]

The town and city of New London are coextensive. Sections of the original town were ceded to form newer towns between 1705 and 1801. The towns of Groton, Ledyard, Montville, and Waterford, and portions of Salem and East Lyme, now occupy what had earlier been the outlying area of New London.[16]

New London is bounded on the west and north by the town of Waterford on the east by the Thames River and Groton and on the south by Long Island Sound.

New London originally had a larger land area when it was established. Towns set off since include:

New London is classified as having a temperate oceanic climate[17] (Cfb) or humid continental climate (Dfb); depending on which isotherm is used, New London can have either climate type. New London lies in the broad transition zone between Continental climates (Köppen climate classification: Dfa) and Temperate climates (Köppen climate classification: cfa) as is typical for much of coastal Connecticut. The city enjoys sunny weather, averaging 2,600 hours of sunshine annually.

In the summer months, the southerly flow from subtropical high pressure (the Atlantic/Bermuda High) often creates hot and humid weather. Daytime heating produces occasional thunderstorms with heavy but brief downpours. Spring and Fall are mild in New London, with daytime highs in the 55 to 70 F range and lows in the 40 to 50 F range. The seaside geography allows a long growing season compared to areas inland. The first frost in the New London area is normally not until early November, almost three weeks later than parts of northern Connecticut. Winters are cool to cold with a mix of rainfall and snowfall, or mixed precipitation. New London normally sees fewer than 25 days annually with snow cover. In mid-winter, there can be large differences in low temperatures between areas along the coastline and areas well inland, often as much as 15 F.

Coastal Connecticut (including New London) is the broad transition zone where so-called "subtropical indicator" plants and other broadleaf evergreens can successfully be cultivated. New London averages about 90 days annually with freeze, about the same as Baltimore, Maryland. As such, Southern Magnolias, Needle Palms, Windmill palm, Loblolly Pines, and Crape Myrtles are grown in private and public gardens. The growing season is quite long in New London, like much of coastal Connecticut and Long Island, NY, averaging 210 days from April 8 to November 5.

According to the survey, 74.4% of people over the age of 5 spoke only English at home. Approximately 16.0% of the population spoke Spanish at home.[21]

The family of Nobel laureate and Pulitzer Prize-winning playwright Eugene O'Neill (1888-1953) were intimately connected to New London. He lived here for years and wrote several plays in the city. A major O'Neill archive is located at Connecticut College, and the family home "Monte Cristo Cottage"[23] in New London is a museum and registered national historic landmark operated by the Eugene O'Neill Theater Center. Dutch's Tavern on Green Street was a favorite watering hole of Eugene O'Neill and still stands today.

Notable artists and ensembles include: In 2010, New London changed their form of government from council-manager to strong mayor-council after a charter revision.[34] Distinct town and city government structures formerly existed and technically continue; however, they now govern exactly the same territory and have elections on the same ballot on Election Day in November. One of the few remaining houses in the Fort Trumbull neighborhood, June 10, 2007

The neighborhood of Fort Trumbull once consisted of nearly two-dozen homes, but they were seized by the City of New London using eminent domain. This measure was supported in the 2005 Supreme Court ruling of Kelo v. City of New London, and the homes were ultimately demolished by the city as part of an economic development plan. The site was slated to be redeveloped under this plan, but the chosen developer was not able to get financing and the project failed. The empty landscape of the Fort Trumbull area has been characterized by some as an example of government overreach and inefficiency.[35][36][37][38]

In May 1997, Robert Jordan filed a lawsuit against the city, alleging violation of the Equal Protection Clause of the United States and Connecticut constitutions in a case that was referred to as "Too Smart To Be A Cop".[2][3] In the fall of 1996, the City Manager told Jordan that he was ineligible to be a police officer in New London because he scored too high on the written portion of the Wonderlic test intended to evaluate cognitive ability.

New London had decided to consider only applicants who scored between 20 and 27 on the written examination. Jordan scored a 33 on the exam, the equivalent of having an IQ of 125. He filed suit in the District Court, where his case was dismissed by Judge Peter C. Dorsey, who noted: "The guarantee of equal protection under the Fifth Amendment is not a source of substantive rights or liberties, but rather a right to be free from invidious discrimination in statutory classifications and other governmental activity. It is well settled that, where a statutory classification does not itself impinge on a right or liberty protected by the Constitution, the validity of the classification must be sustained unless the classification rests on grounds wholly irrelevant to the achievement of [any legitimate government] objective.... [Jordan] may have been disqualified unwisely but he was not denied equal protection."[4] The dismissal was upheld on appeal to the Court of Appeals for the Second Circuit.[5] Harry Daghlian, a New London native who was the first person to die as the result of a radioactive criticality accident. A small memorial to Daghlian sits in a New London park. 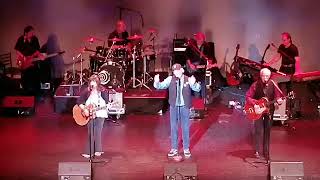 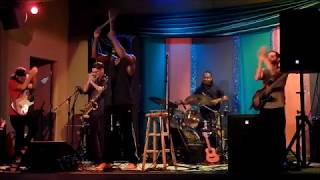 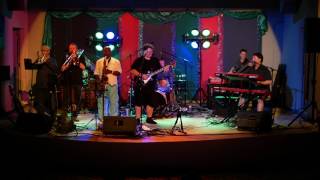 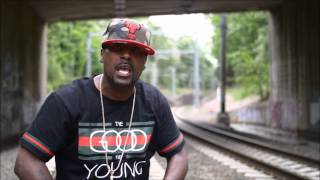 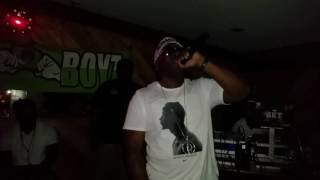 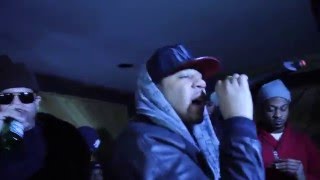 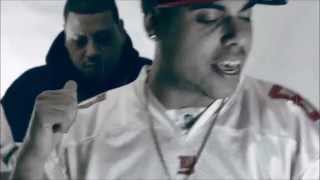 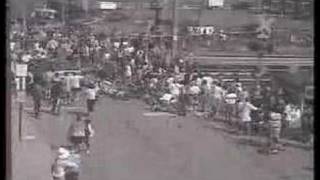 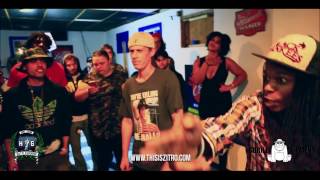 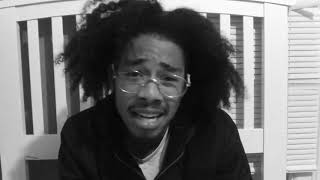 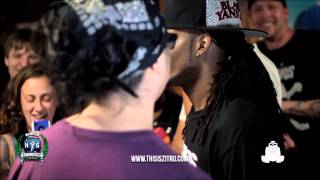 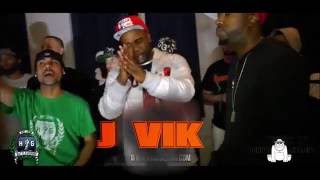 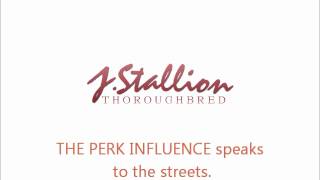 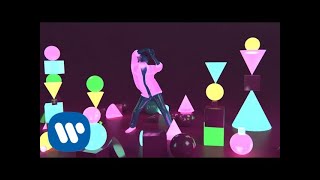 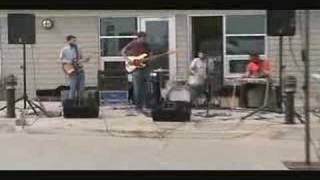 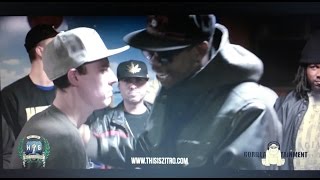 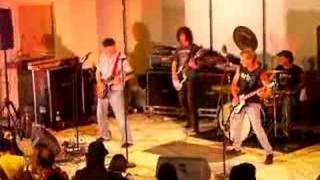