Newark ( NEW-ark)[note 1] is a city in New Castle County, Delaware, United States. It is located 12 miles (19 km) west-southwest of Wilmington. According to the 2010 Census, the population of the city is 31,454.[5] Newark is home to the University of Delaware.

Newark was founded by Scots-Irish and Welsh settlers in 1694. The town was officially established when it received a charter from George II of Great Britain in 1758.

Schools have played a significant role in the history of Newark. A grammar school, founded by Francis Alison in 1743, moved from New London, Pennsylvania to Newark in 1765, becoming the Newark Academy. Among the first graduates of the school were three signers of the Declaration of Independence: George Read, Thomas McKean, and James Smith. Two of these, Read and McKean, went on to have schools named after them in the state of Delaware: George Read Middle School[6] and Thomas McKean High School.

The state granted a charter to a new school in 1833, which was called Newark College. Newark Academy and Newark College joined together in the following year, becoming Delaware College. The school was forced to close in 1859, but was resuscitated eleven years later under the Morrill Act when it became a joint venture between the State of Delaware and the school's Board of Trustees. In 1913, pursuant to legislative Act, Delaware College came into sole ownership of the State of Delaware. The school would be renamed the University of Delaware in 1921.

Newark received a license from King George II to hold semi-annual fairs and weekly markets for agricultural exchange in 1758. A paper mill, the first sizable industrial venture in Newark, was created around 1798.[8] This mill, eventually known as the Curtis Paper Mill, was the oldest paper mill in the United States until its closing in 1997. Methodists built the first church in 1812 and the railroad arrived in 1837.

One of Newark's major sources of employment and revenue was the Chrysler Newark Assembly plant which was built in 1951. Jamaican reggae star, Bob Marley worked as an assembly-line worker at the plant during his short stint in Delaware in the 1960s.[9] Originally constructed to build tanks for the US Army, the plant was 3.4 million square feet in size. It employed 1,100 employees in 2008 which was down from 2,115 in 2005. This turn was due largely to the decline of sales of the Durango and Aspen vehicle models that were being produced. The plant stood for more than 50 years, providing jobs and revenue to the state of Delaware. The factory produced a wide variety of automobile models during its run. The plant was closed in late 2008 due to the recession and limited demand for larger cars.[10][11]

According to the United States Census Bureau, the city has a total area of 9.19 square miles (23.8 km2), all of it land. Originally surrounded by farmland, Newark is now surrounded by housing developments in some directions, although farmland remains just over the state lines in Maryland and Pennsylvania. To the north and west are small hills, but south and east of the city, the land is flat (part of Newark falls in the Piedmont geological region and part of the city is in the Coastal Plain geological region, as is the majority of the land in the State of Delaware).

According to the Köppen Climate Classification system, Newark has a humid subtropical climate (abbreviated Cfa on climate maps).[13] Winters are moderate-to-cold, with snow common in December, January and February. Summers are hot and humid, with frequent afternoon thunderstorms. The hardiness zone is 7a. Christina School District schools located within or near the city limits are:

Newark is home to the University of Delaware (UD). The school has programs in a broad range of subjects, but is probably best known for its business, chemical engineering, chemistry and biochemistry programs, drawing from the historically strong presence of the nation's chemical and pharmaceutical industries in the state of Delaware. In 2006, UD's graduate engineering program was ranked number 11 in the nation by The Princeton Review.[17] Newark's Main Street is popular among both the University of Delaware students as well as the residents of Newark, offering many restaurant and boutique options.

Newark is a recognized center of US and international figure skating, mostly due to the many national, world, and Olympic champions (including many foreign nationals) that have trained at the University of Delaware Figure Skating Club (an independent club operating within UD facilities) and at The Pond Ice Rink. In 2009, Sporting News ranked Newark 192 in its list of the 400 Best Sports Cities.[18]

The Delaware 87ers were a professional basketball team that played in the NBA G League (formerly the NBA D-League) as the affiliate of the Philadelphia 76ers. From 2013 until 2018, they played their home games at the Bob Carpenter Center in Newark on the University of Delaware campus. They moved to nearby Wilmington and the 76ers' new Fieldhouse, rebranded as the Delaware Blue Coats. Newark has a Rail Station (Map, via Google Maps) located to the south of downtown near the University of Delaware campus that is serviced by both SEPTA and Amtrak on the Northeast Corridor. Newark is the last stop on the SEPTA Wilmington/Newark Line, one of the farthest points out on the system. SEPTA service to Newark consists of a few trains in both directions during the morning and evening rush hours on weekdays only. There is limited Amtrak service in Newark with one train in each direction on weekdays, an additional northbound train on Thursdays and Fridays and an additional southbound train on Fridays, and three trains in each direction on weekends. Newark is also served by two freight railroads. Norfolk Southern provides freight service via trackage rights on the Northeast Corridor line and the Delmarva Secondary line that splits to the south to run toward the Delmarva Peninsula and an interchange with the Delmarva Central Railroad in Porter. Norfolk Southern operates the Newark Yard adjacent to the former Newark Assembly plant used by Chrysler that is now owned by the University of Delaware. CSX passes through the northern part of Newark along the Philadelphia Subdivision line.[23]

Newark is served by DART First State bus routes No. 6, 10, 33, 42, 46, 53, 55, and 302 and Cecil Transit bus routes No. 4 and 5, providing service to Wilmington, the Christiana Mall, Elkton, MD, and Dover. Most routes travel through the university campus and also stop at the rail station. The Newark Transit Hub is located in the eastern part of the town and serves several of the bus routes. There is also a UNICITY bus, run jointly through the city and the University of Delaware, free for everyone to ride, which acts as a community circulator. Unicity operates three routes (N1, N2, and N3) Monday through Friday except major holidays and when city and university offices are closed.[24] The University of Delaware also operates the UD Shuttle bus system, available and free to all students and those associated with the university. OurBus provides intercity bus service from Newark to New York City and Washington, D.C., stopping at a park and ride lot at the intersection of DE 4 and DE 896.[25][26]Megabus and OurBus provide intercity bus service from Newark to New York City, Baltimore, and Washington, D.C.. The Megabus stop is located at the University of Delaware campus.[27] The OurBus stop is located at the Route 896 & Route 4 Park and Ride.[28] Newark Reservoir, which supplies water to the city

The City of Newark Electric Department provides electricity within the city limits. The city's electric department purchases electricity on the wholesale market, serving about 12,800 customers and maintaining 175 miles (282 km) of electric lines.[29] The electric department is a member of the Delaware Municipal Electric Corporation.[30] The City of Newark Public Works and Water Resources Department provides trash collection, recycling, water, and wastewater service to Newark.[31] Water service is provided to 33,000 customers in Newark, with 91 miles (146 km) of water pipes serving the city.[32] The city's water supply comes from the Newark Reservoir.[33] The city maintains 73 miles (117 km) of sewer lines, with wastewater pumped through the New Castle County system to the Wilmington Regional Wastewater Treatment facility.[32] Natural gas service in Newark is provided by Delmarva Power, a subsidiary of Exelon.[34]

Christiana Care Health System operates the Christiana Hospital to the east of Newark. The hospital has 907 beds, 22 hospital operating rooms, 10 outpatient operating rooms, an emergency room with the only Level I trauma center in Delaware, the state's only Level 3 neonatal intensive care unit, the state's largest maternity center, the Center for Heart & Vascular Health, and the Helen F. Graham Cancer Center. 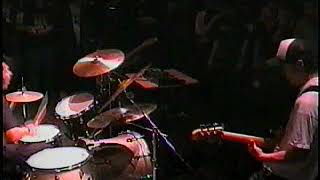 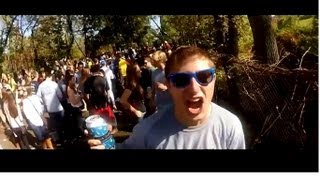 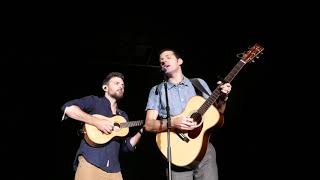 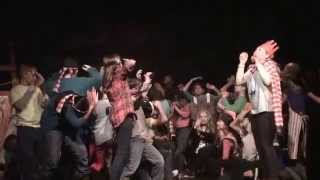 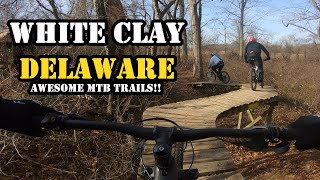 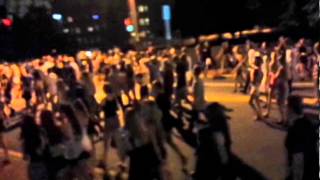 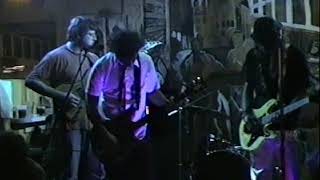 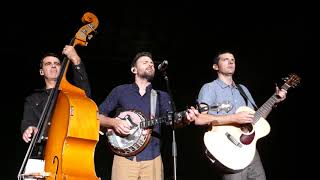 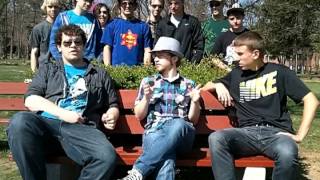 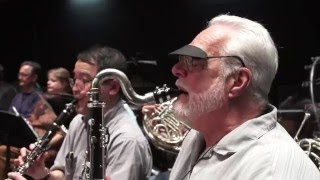 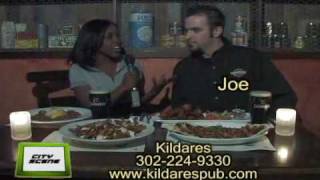 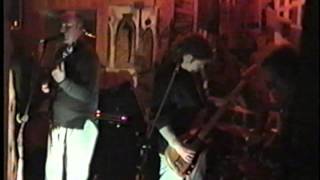 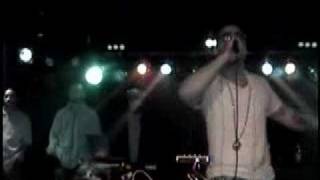 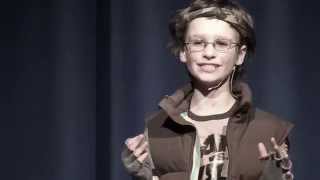 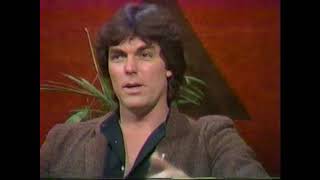 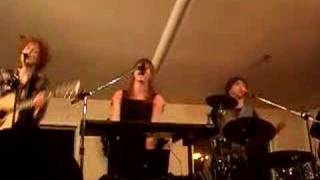 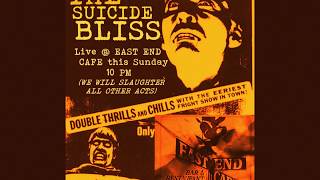