Niagara Falls is a city in Niagara County, New York, United States. As of the 2010 census, the city had a total population of 50,193, down from the 55,593 recorded in the 2000 census. It is adjacent to the Niagara River, across from the city of Niagara Falls, Ontario, and named after the famed Niagara Falls which they share. The city is within the Buffalo-Niagara Falls Metropolitan Statistical Area and the Western New York region.

While the city was formerly occupied by Native Americans, Europeans who migrated to the Niagara Falls in the mid-17th century began to open businesses and develop infrastructure. Later in the 18th and 19th centuries, scientists and businessmen began harnessing the power of the Niagara River for electricity and the city began to attract manufacturers and other businesses drawn by the promise of inexpensive hydroelectric power. After the 1960s, however, the city and region witnessed an economic decline, following an attempt at urban renewal under then Mayor Lackey. Consistent with the rest of the Rust Belt as industries left the city, old line affluent families relocated to nearby suburbs and out of town.

Despite the decline in heavy industry, Niagara Falls State Park and the downtown area closest to the falls continue to thrive as a result of tourism. The population, however, has continued to decline from a peak of 102,394 in the 1960s due to the loss of manufacturing jobs in the area.

Before Europeans entered the area, it was dominated by the Neutral Nation of Native Americans. European migration into the area began in the 17th century. The first recorded European to visit the area was Frenchman Robert de la Salle, who built Fort Conti at the mouth of the Niagara River early in 1679, with permission from the Iriquois, as a base for boat-building; his ship Le Griffon was built on the upper Niagara River at or near Cayuga Creek in the same year.[4] He was accompanied by Belgian priest Louis Hennepin, who was the first known European to see the falls. The influx of newcomers may have been a catalyst for already hostile native tribes to turn to open warfare in competition for the fur trade.

The City of Niagara Falls was incorporated on March 17, 1892 from the villages of Manchester and Suspension Bridge, which were parts of the Town of Niagara. Thomas Vincent Welch, a member of the charter committee and a New York state assemblyman and a second-generation Irish American, persuaded Governor Roswell P. Flower to sign the bill on St. Patrick's Day. George W. Wright was elected the first mayor of Niagara Falls.[5]

By the end of the 19th century, the city was a heavy industrial area, due in part to the power potential offered by the Niagara River. Tourism was considered a secondary niche, while manufacturing of petrochemicals, abrasives, metallurgical products and other materials was the main producer of jobs and attracted a large number of workers, many of whom were immigrants.

The Niagara Falls mill district downriver from the American Falls, 1900.

In 1927, the city annexed the village of La Salle, named for Robert de la Salle, from the Town of Niagara.

Industry and tourism grew steadily throughout the first half of the 20th century due to a high demand for industrial products and the increased mobility of people to travel. Paper, rubber, plastics, petrochemicals, carbon insulators and abrasives were among the city's major industries. This prosperity would end by the late 1960s as aging industrial plants moved to less expensive locations. In addition, the falls were incompatible with modern shipping technology.

In 1956, the Schoellkopf Power Plant on the lower river just downstream of the American Falls was critically damaged due to a massive collapse of the Niagara Gorge wall above it. This prompted the planning and construction of one of the largest hydroelectric plants to be built in North America at the time, causing a large influx of workers and families to move to the area. New York City urban planner Robert Moses built the new power plant in nearby Lewiston, New York. Much of the power generated there fuels growing demands for power in downstate New York and New York City.

The neighborhood of Love Canal gained national media attention in 1978 when toxic contamination from a chemical waste landfill beneath it forced United States President Jimmy Carter to declare a state of emergency, the first such presidential declaration made for a non-natural disaster. Hundreds of residents were evacuated from the area, many of whom were ill because of exposure to chemical waste.[6]

The contaminated neighborhood of Love Canal received national attention in 1978.

After the Love Canal disaster, the city witnessed a reversal of fortunes, as the costs of producing materials elsewhere became lower than in Niagara Falls. Several factories closed, the population dropped by half, and workers fled the city in search of jobs elsewhere. Much like the nearby city of Buffalo, the city's economy plummeted downward when a failed urban renewal project took place resulting in the destruction of Falls Street and the tourist district.

In 2001, the leadership of Laborers Local 91 was found guilty of extortion, racketeering and other crimes following an exposé by Mike Hudson of the Niagara Falls Reporter. Union boss Michael "Butch" Quarcini died before trial, while the rest of the union leadership was sentenced to prison.

In early 2010, former Niagara Falls Mayor Vincenzo Anello was indicted on federal charges of corruption, alleging the mayor accepted $40,000 in loans from a businessman who was later awarded a no-bid lease on city property. The charges were dropped as part of a plea deal after Anello plead guilty to unrelated charges of pension fraud, regarding a pension from the International Brotherhood of Electrical Workers, of which he is a member. He was sentenced to 10 to 16 months in prison.[7]

The city's decline was given national exposure by Bloomberg Businessweek in 2010.[8]

On November 30, 2010, the New York State Attorney General entered into an agreement with the city and its police department to create new policies to govern police practices in response to claims of excessive force and police misconduct. The city will create policies and procedures to prevent and respond to allegations of excessive force, and to ensure police are properly trained and complaints are properly investigated. Prior claims filed by residents will be evaluated by an independent panel.[9]

Niagara Falls is at the international boundary between the United States of America and Canada. The city is within the Buffalo-Niagara Falls metropolitan area and is approximately 16 miles (26 km) from Buffalo, New York.[11]

Niagara Falls experiences cold, snowy winters and hot, humid summers. Precipitation is moderate and consistent in all seasons, falling equally or more as snow during the winter. The city has snowier than average winters compared to most cities in the US, however less than many other cities in Upstate New York including nearby Buffalo and Rochester. Thaw cycles with temperatures above 32 °F (0 °C) are a common occurrence.[13] The hottest and coldest temperatures recorded in the decade through 2015 were 97 °F (36 °C) in 2005 and -13 °F (-25 °C) in 2003, respectively.[13] 38% of warm season precipitation falls in the form of a thunderstorm.[14] Niagara Falls has struggled with high rates of violent and property crime; FBI crime data indicate that the city has among the highest crime rates in New York state.[25][26] In response to gun violence, volunteer groups such as Operation SNUG mobilized to promote positive community involvement in the troubled areas of the city.[27] A 2012 profile from the Office of the New York State Comptroller reported that Niagara Falls has "struggled through decades of population losses, rising crime and repeated attempts to reinvent itself from a manufacturing town with some tourism to a major tourist destination."[29] The city became a boomtown with the opening of the New York State Power Authority's hydroelectric Niagara Power Plant in the 1960s;[28] the cheap electricity produced by the plant generated power for a burgeoning manufacturing industry.[29] Along with the rest of the Western New York, Niagara Falls suffered a significant economic decline from a decline in industry by the 1970s.[28] Today, the city struggles to compete with Niagara Falls, Ontario; the Canadian side has a greater average annual income, a higher average home price, and lower levels of vacant buildings and blight,[30] as well as a more vibrant economy and better tourism infrastructure.[31] The population of Niagara Falls, New York fell by half from the 1960s to 2012. In contrast, the population of Niagara Falls, Ontario more than tripled.[32] In 2000, the city's median household income was 36% below the national average.[28] In 2012, the city's unemployment rate was significantly higher than the statewide unemployment rate.[29]

Significant sources of economic activity in the region includes the Niagara Falls International Airport, which was renovated in 2009;[32] the Seneca Gaming Corporation's Seneca Niagara Casino & Hotel, which opened in the 2000s respectively;[32][28] and the nearby Niagara Falls Air Reserve Station.[28]

In late 2001, the State of New York established the USA Niagara Development Corporation, a subsidiary to the State's economic development agency, to focus specifically on facilitating development in the downtown area. However, the organization has been criticized for making little progress and doing little to improve the city's economy.[33] The Cave of the Winds building in the winter

The city is home to the Niagara Falls State Park. The park has several attractions, including Cave of the Winds behind the Bridal Veil Falls, Maid of the Mist, a popular boat tour which operates at the foot of the Rainbow Bridge, Prospect Point and its observation tower, Niagara Discovery Center, Niagara Falls Underground Railroad Heritage Center, and the Aquarium of Niagara.

Attractions in the downtown include the Seneca Niagara Casino & Hotel and Pine Avenue which was historically home to a large Italian American population and is now known as Little Italy for its abundance of shops and quality restaurants.

The Niagara Power of the New York Collegiate Baseball League play at Sal Maglie Stadium. The team is owned by Niagara University.

The City of Niagara Falls functions under a strong mayor-council form of government. The government consists of a mayor, a professional city administrator, and a city council. The current mayor is Robert Restaino.

The city council serves four-year, staggered terms, except in the case of a special election. It is headed by a chairperson, who votes in all items for council action.

On a national level, the city is part of New York's 26th congressional district and is represented by Congressman Brian Higgins. In the United States Senate, the city and the state are represented by senators Charles Schumer and Kirsten Gillibrand.

The Niagara Gazette is published daily except Tuesday

Since Niagara Falls is within the Buffalo-Niagara Falls metropolitan area, the city's media is predominantly served by the city of Buffalo.

The city is served by Amtrak's Maple Leaf and Empire train services, with regular stops at the Niagara Falls Station and Customhouse Interpretive Center at 825 Depot Ave West.

Niagara Frontier Transportation Authority is the public transit provider in the Buffalo metro area, with hubs at the Portage Road and Niagara Falls transportation centers. 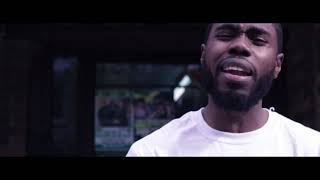 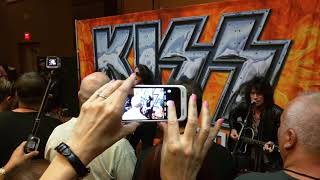 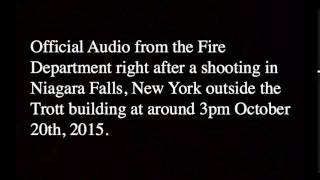 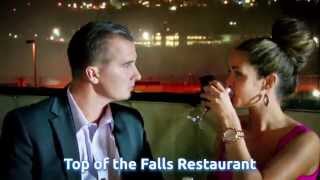 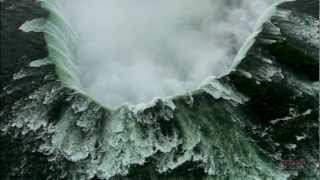 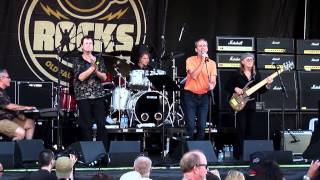 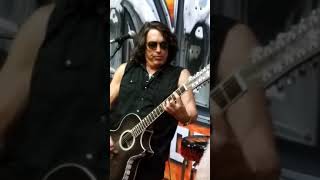 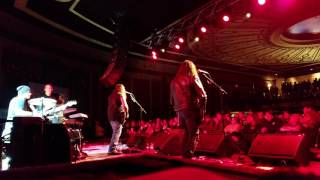 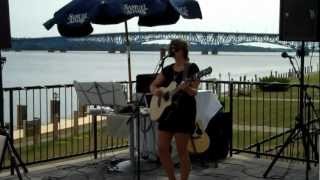 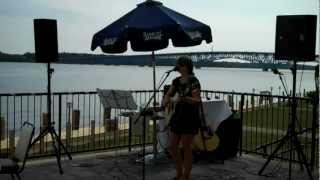 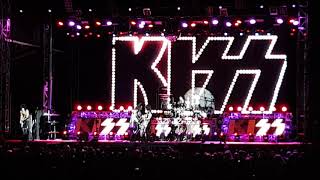 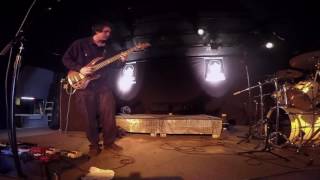 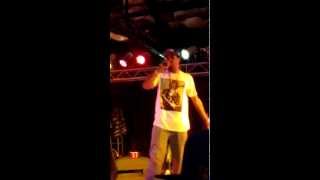 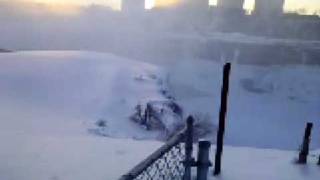 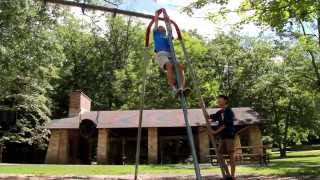 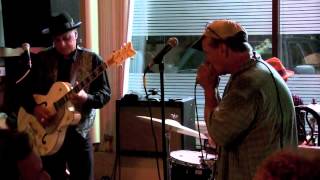 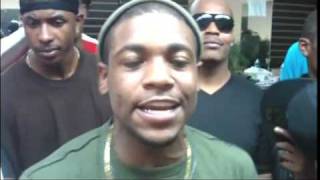 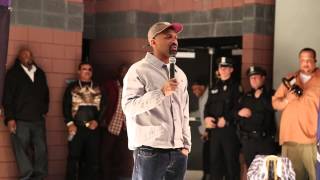 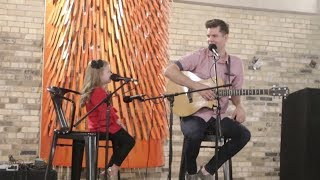 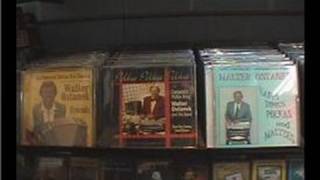