Nogales, Arizona borders the city of Nogales, Sonora, Mexico, and is Arizona's largest international border community. The southern terminus of Interstate 19 is located in Nogales at the U.S.-Mexico border; the highway continues south into Mexico as Mexico Federal Highway 15. The highways meeting in Nogales are a major road intersection in the CANAMEX Corridor, connecting Canada, the United States, and Mexico. Nogales also is the beginning of the Arizona Sun Corridor, an economically important trade region stretching from Nogales to Prescott, including the Tucson and Phoenix metropolitan areas.

Due to its location on the border and its major ports of entry, Nogales funnels an estimated $30 billion worth of international trade into Arizona and the United States, per year, in fresh produce and manufactured goods from Mexico and the world through the deep sea port in Guaymas, Sonora, Mexico. This trade helps to support tens of thousands of jobs and the overall economies in Ambos Nogales and throughout the American state of Arizona and the Mexican state of Sonora.[7]

The name Nogales means "walnut trees" in Spanish, and the black walnut trees which once grew abundantly in the mountain pass between the cities of Nogales, Arizona, and Nogales, Sonora, can still be found around the town.

According to the United States Census Bureau, the city has a total area of 20.8 square miles (54 km2), all of it land.[]

Nogales has a semi-arid steppe climate, which is less hot and more rainy than a typical arid climate classification such as Phoenix. In the winter months, Nogales averages in the mid to upper 60s, with January averaging daily highs of around 63 °F or 17.2 °C. Lows typically settle just below the freezing mark (32 °F or 0 °C) on a majority of nights, but it is not uncommon to see temperatures tumble below 25 °F or -3.9 °C on some winter nights.

On the other hand, in the summer months, highs average between 90 and 100 °F (32.2 and 37.8 °C), with the month of June being the hottest with an average daytime high of 96 °F or 35.6 °C. Nighttime lows for the summer months remain in the upper 50s and lower 60s for the duration of the season. The Arizona Monsoon generally runs through July and August, and these months typically see eight inches or more of combined rainfall, which brings the average annual precipitation for Nogales to about 16 inches or 410 millimetres. Some monsoon season storms are capable of producing several inches of rain in a short amount of time, creating flash flood hazards.

The name "Nogales" is derived from the Spanish word for "walnut" or "walnut tree." It refers to the large stands of walnut trees that once stood in the mountain pass where Nogales is located.[10]

In 1841, a land grant from the Mexican government to the Elías family established Los Nogales de Elías. Following the Gadsden purchase in 1853, Nogales became a part of the United States of America. In 1880, Russian immigrant Jacob Isaacson built a trading post at present-day Nogales. The U.S. Postal Service opened the Isaacson post office but renamed it as Nogales in 1883.[12]

In 1915, according to historian David Leighton, Sonora Gov. Jose M. Maytorena ordered construction of an 11-wire fence, separating Nogales, Sonora from Nogales, Arizona, but it was taken down four months later.[13]

On August 27, 1918, a battle between United States Army forces and Mexican militia - mostly civilian in composition - took place. Culminating as the result of a decade's worth of tensions originating from the Mexican Revolution and earlier battles in Nogales along the border in 1913 and 1915, the main consequence of the 1918 violence saw the building of the first permanent border wall between Nogales, Arizona, and Nogales, Sonora, along the previously unobstructed boundary line on International Street.

The economy of Nogales is heavily dependent on the cross-border trade through its Ports of Entry by produce distributors and American-based manufacturing plants in Nogales, Sonora and throughout the rest of the Mexican states of Sonora and Sinaloa. Most of Nogales' economy is based on agribusiness and produce distributors, which comes from large farms in the Mexican agri-belt. Despite its small population, Nogales actually receives much patronage from its bordering sister-city, Nogales, Sonora, Mexico. Most observers guess the population of Nogales, Sonora, at roughly 300,000.[] International commerce is a big part of Nogales' economy.[14] More than 60 percent of Nogales' sales tax comes from the estimated 30,000 Mexican shoppers crossing the border daily.[15][] Nogales, Arizona, and Nogales, Sonora, are home to one of the largest maquiladora clusters.[] This enables American manufacturing plants on both sides of the border to take advantage of favorable wage and operating costs and excellent transportation and distribution networks.[]

The Consulate-General of Mexico in Nogales is located on 135 W. Cardwell St.[16]

The United States Department of Homeland Security is a major economic driver in the Ambos Nogales region, with thousands of employees working for both the Border Patrol and Customs and Border Protection. Due to the large federal, state, and local police presence, Nogales has one of the highest police per-capita levels in the United States.

The largest employers in Nogales are:[17]

The city of Nogales has a wide range of community facilities. These include nine parks, the Pimería Alta Historical Society Museum, an art gallery, Oasis Movie Theater, four recreation centers, four swimming pools, eight athletic fields, a library, six tennis courts and three golf courses. It has public elementary schools, middle schools, and high schools. Its financial institutions include six banks. Its governmental agencies include a staffed city and local fire department and a city police department. It is home to Nogales International Airport, which includes a 7,200 ft. runway and a terminal with a customs facility, passenger waiting areas, and a coffee shop. It has two regional health care facilities, including Carondolet Holy Cross Hospital located at 1171 W Target Range Road, and Mariposa Health Clinic located at 1852 N Mastick Way.

The county of Santa Cruz and the city of Nogales have 200 properties listed in the National Register of Historic Sites, including Tumacacori National Monument first visited by Father Eusebio Kino in 1691 and Tubac Presidio, established by the Spanish in 1752 on an Indian village site. Others include the Old Tubac Schoolhouse, Old Nogales City Hall, Santa Cruz County Courthouse, and Patagonia Railroad Depot. The Patagonia-Sonoita Creek Sanctuary, 19 miles east, attracts worldwide visitors to see its diverse bird life. It is also host to ghost towns and mining camps, curio shops, first-class restaurants and night clubs.

The Santa Cruz County Historical Courthouse on Morley Street/Court Street has the statue of Lady Justice on top of the building. The Nogales version of Lady Justice is not wearing a blindfold.

The architecturally rich downtown area of Nogales near the Mexican-American border offers a unique opportunity for visitors to experience the downtown border-style shopping setting similar to those from the mid-20th century. Interesting architecture and historical homes along Crawford and Court Streets provide a glimpse of border life at its peak during that time period.[18] A day trip to old Nogales, Sonora reveals many of the same architectural uniqueness.

Modern picture of the border between Arizona, on the left, and Sonora, on the right.

There were 6,362 households out of which 38.8% had children under the age of 18 living with them, 47.9% were married couples living together, 24.2% had a female householder with no husband present, and 22.5% were non-families. 15.1% of all households were made up of individuals and 9.9% had someone living alone who was 65 years of age or older. The average household size was 3.12 and the average family size was 3.62.

The City of Nogales operates under a council-manager form of government in which the mayor is elected to a 4-year term and has a single vote on the city council. The council then hires a city manager to run the day-to-day operations of the city. The 6 city council members are elected at-large to 4-year terms.[21]

Mayor Arturo Garino was elected in November 2018, and took office in January 2019.

Nogales does not currently have any public transportation.[22] Private bus companies Greyhound and TUFESA, as well as several shuttle companies, connect Nogales with Tucson and points north.[23][24][25]

Nogales, Arizona, was the filming location for the motion picture musical, Oklahoma!. Nogales was chosen because it looked more like turn-of-the-century Oklahoma (when the musical is set) than anywhere in Oklahoma did in 1955, when the film was made. It was made an "honorary" part of the state of Oklahoma for the duration of the film shoot by order of the governor of Arizona.[]

Many dozens of motion pictures have been filmed around the Nogales area.[26][27]

The 1951 biblical motion picture David and Bathsheba was filmed there.[]

A small part of William Gibson's short story, "The Gernsback Continuum" refers to the city of Nogales. It is also mentioned as a border crossing point in Carlos Castaneda's Don Juan series, and a gateway into the Mexican Yaqui communities of Sonora.

Nogales is a locale for filming some of the TV reality documentary, Border Wars, in particular in the second episode of that show's first season. The Animal Planet reality show Law on the Border was filmed in Nogales, highlighting the K-9 units of the Nogales Police Department.[episode needed]

The Hangover Part III was partially filmed in Nogales during late 2012. Parts of town were decorated to appear to be Tijuana, Mexico.[28]

Nogales is discussed at length in the popular political economics book Why Nations Fail, comparing the relative success of Nogales, AZ to the poverty of Nogales, Mexico.[29]

Oscar winner Benicio Del Toro dedicated his award to Ambos Nogales during his acceptance speech at the 73rd Annual Academy Awards in 2001.[30] 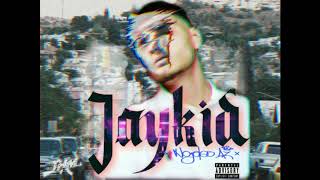 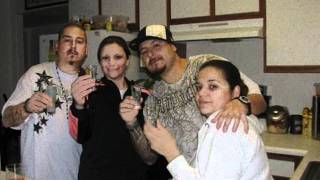 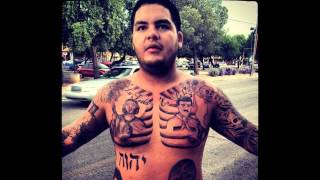 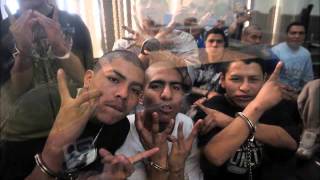 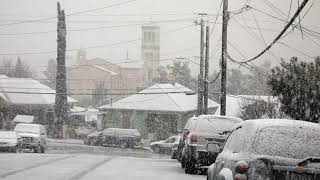 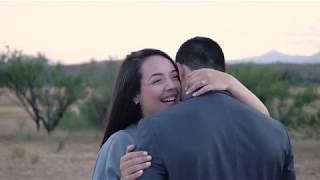 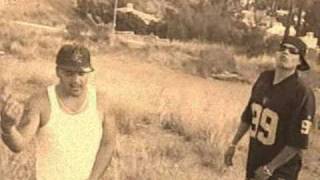 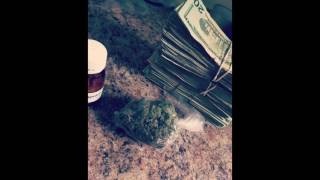 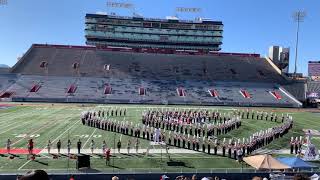 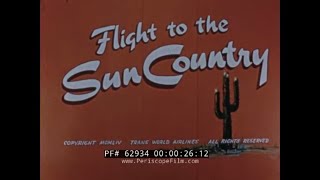 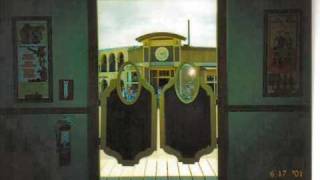 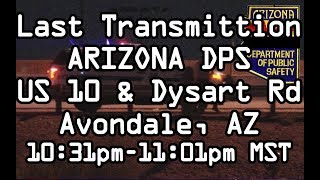 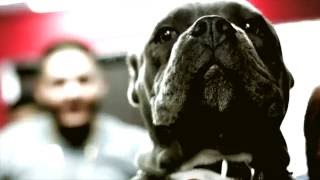 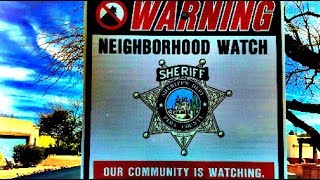 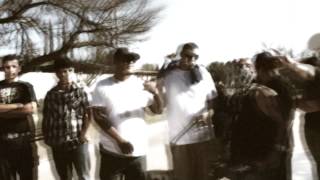 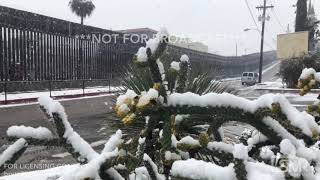 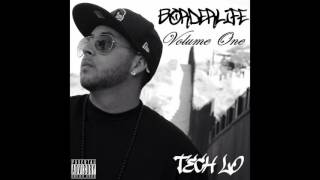 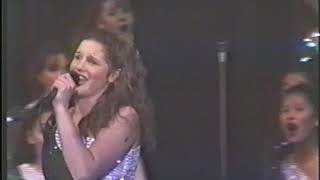