As the site of Holy Cross Cemetery, which has interred almost 290,000 individuals since its establishment in 1915, and with another Jewish cemetery including several thousand more burials, North Arlington has almost 20 times more dead people than living, with more burials than the living population of Newark, the state's largest city. Holy Cross has an average of 2,600 interments each year, of which about 65% are burials, with the remainder split between entombment in mausoleums or crypts and burial of cremated remains. Expansion of the mausoleum will bring its capacity to nearly 36,000 interments, with the cemetery's total capacity of about 750,000 expected to last past the year 2090. The cemetery covers 208 acres (84 ha) and was assessed at $185 million, though its non-profit status means that the municipality generates no tax revenue from a property that covers almost an eighth of the borough's land area.[21][22]

North Arlington was ranked eighth by Money magazine on its list of "Best Places to Live 2017", which cited the borough's healthy economy, affordable homes and a high quality of life.[23]

Copper was mined at the Schuyler Copper Mine in present-day North Arlington during the 18th and 19th centuries.[25] It was one of the first true copper mines in North America.

In 1755, the first steam engine in North America was assembled in North Arlington.[26] The Newcomen steam engine was imported from England by John Schuyler to pump water out of his copper mine. He hired engineer Josiah Hornblower to assemble the machinery.[27]

North Arlington was formed by a referendum passed on March 9, 1896, and incorporated as a borough by an act of the New Jersey Legislature on March 11, 1896, from area taken from Union Township.[28] It was called North Arlington because it was north of the Arlington section of Kearny, which had been named from the Arlington Station on the Erie Railroad.[29]

North Arlington, together with Lyndhurst and Rutherford, was the site of the EnCap project, an effort to remediate landfills on the 785-acre (3.18 km2) site and construct homes and golf courses on top of the cleaned up site. On May 27, 2008, the New Jersey Meadowlands Commission terminated its agreement with EnCap Golf Holdings, the company that had the contract to redevelop the site, after the company had missed targets to clean up the landfills as part of the project.[30]

On November 18, 2015, North Arlington approved plans for FedEx to build a 139,000-square-foot (12,900 m2) freight distribution facility on a former steel dumping ground on Porete Avenue. FedEx pledged to build a new access road to Porete Avenue from Belleville Turnpike, complete with a signalized traffic light, as part of construction. The company planned to hire 225 people to work at the facility. FedEx planned to complete the building by early 2017.[31]

The borough borders the municipalities of Lyndhurst in Bergen County; Belleville in Essex County; and Kearny in Hudson County.[32][33][34]

Companies based in North Arlington include Pizza Land, located at 260 Belleville Turnpike, which was featured in the opening credits of The Sopranos.[48][49] Additionally, in Law & Order episode 10.6, "Marathon" (1999), a pizza box from the restaurant was used by a suspect to transport and conceal firearms.[50]

North Arlington is governed under the Borough form of New Jersey municipal government, which is used in 218 municipalities (of the) statewide, making it the most common form of government in New Jersey.[54] The governing body is comprised of a Mayor and a Borough Council, with all positions elected at-large on a partisan basis as part of the November general election. A Mayor is elected directly by the voters to a four-year term of office. The Borough Council is comprised of six members elected to serve three-year terms on a staggered basis, with two seats coming up for election each year in a three-year cycle.[7] The Borough form of government used by North Arlington is a "weak mayor / strong council" government in which council members act as the legislative body with the mayor presiding at meetings and voting only in the event of a tie. The mayor can veto ordinances subject to an override by a two-thirds majority vote of the council. The mayor makes committee and liaison assignments for council members, and most appointments are made by the mayor with the advice and consent of the council.[55][56]

In January 2019, Kirk DelRusso was unanimously selected from a list of three candidates nominated by the Republican municipal committee to fill the seat expiring in December 2020 that became vacant when Daniel H. Pronti was sworn in to the Mayor's position.[63]

In January 2015, the borough council selected Brian Fitzhenry from a list of three candidates nominated by the Republican municipal committee to fill the council seat that was vacated by Joseph Bianchi when he took office as mayor; Fitzhenry would serve on an interim basis until the November 2015 election.[64] Republicans swept the November 2015 general election, giving the party full control of municipal government. Brian Fitzhenry and Allison Sheedy were elected to full three-year terms, while Mario Karcic Jr., was elected to fill the balance of Joseph Bianchi's council seat expiring in 2016.[65]

Peter Norcia was appointed in February 2013 to fill the vacant seat of Steve Tanelli, who won a seat on the Board of Chosen Freeholders.[66]

North Arlington is located in the 9th Congressional District[67] and is part of New Jersey's 36th state legislative district.[10][68][69]

For the 2018-2019 session (Senate, General Assembly), the 36th Legislative District of the New Jersey Legislature is represented in the State Senate by Paul Sarlo (D, Wood-Ridge) and in the General Assembly by Gary Schaer (D, Passaic) and Clinton Calabrese (D, Cliffside Park).[75][76] Calabrese was sworn into office on February 8, 2018 to fill the seat of Marlene Caride, who had resigned from office on January 16, 2018 after being nominated to head the New Jersey Department of Banking and Insurance.[77][78]

In the 1970s and 1980s, declining enrollment led North Arlington to be one of the few school districts in the state that featured involuntary "combined classes" whereby classes at their Roosevelt School for grades 4 and 5 and for grades 6 and 7 were combined into a single classroom with a single teacher for each pair of grades.[119]

Public school students from the borough, and all of Bergen County, are eligible to attend the secondary education programs offered by the Bergen County Technical Schools, which include the Bergen County Academies in Hackensack, Applied Technology High School on Bergen Community College Campus, and the Bergen Tech campus in Teterboro or Paramus. The district offers programs on a shared-time or full-time basis, with admission based on a selective application process and tuition covered by the student's home school district.[120][121]

Queen of Peace, a Roman Catholic parish, operates two parochial schools, Queen of Peace Elementary School (founded in 1923 and serving PreK to 8th Grade)[122] and Queen of Peace High School (9th-12th grade, founded in 1930) which closed after the 2016-17 school year.[123][124] Despite a fundraising campaign that raised $1 million, in May 2017, the Archdiocese of Newark announced the closing of the high school as of June 30, 2017, in the wake of sharply dropping enrollment and financial challenges, though the affiliated K-8 grammar school will remain open.[125]

The North Arlington Police Department (NAPD) protects and services the citizens of North Arlington. The Chief of Police is Scott Hedenberg. The police department is located at 214 Ridge Road.[126]

The North Arlington Volunteer Emergency Squad works with a paid staff Monday thru Friday 6am - 6pm and volunteer staff from 6pm to 6am Monday through Friday and day and night Saturday and Sunday.

The North Arlington Volunteer Emergency Squad (NAVES), was founded on June 2, 1972. The squad consists of 55 members(2018) ranging in ages from 16 to 58 years of age. NAVES currently operates four ambulances and a First Responder/ Command Vehicle. Operations Staff consists of a captain and three lieutenants. There is a Crew Chief on each tour that reports to a lieutenant. Executive Board Staff Consists of President, Vice President, Treasurer, Secretary, and two trustees. NAVES has a youth squad and a growing Auxiliary which assist in non-riding functions such as fundraising and administrative duties.[129] Route 7 and Route 17 meet at the intersection of Ridge Road (Route 17) and Belleville Turnpike (Route 7), the latter of which crosses the Passaic River on the Belleville Turnpike Bridge. The bridge, also known as the Rutgers Street Bridge, connects the borough to Belleville in Essex County. The bridge was formally renamed on July 4, 2013, as the "Lance Corporal Osbrany Montes de Oca Memorial Bridge" in memory of a United States Marine Corps infantryman from North Arlington who was killed in February 2012 while serving in Afghanistan.[131][132]

People who were born in, residents of, or otherwise closely associated with North Arlington include: 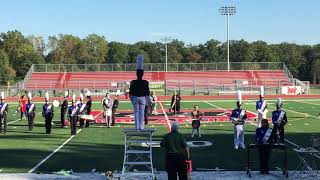 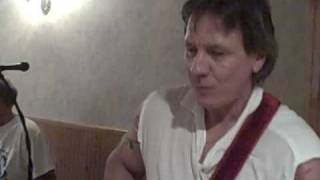 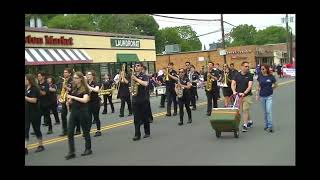 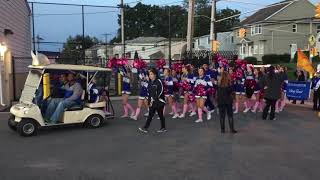 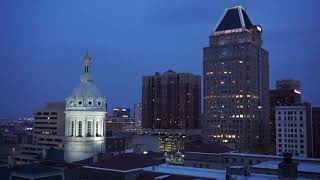 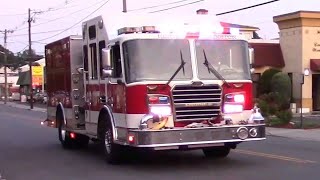 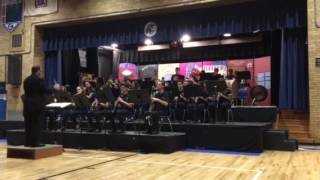 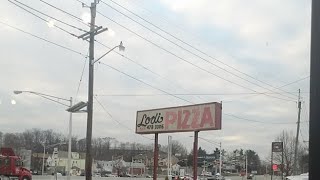 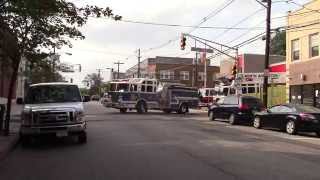 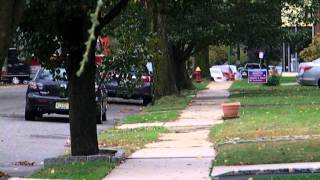 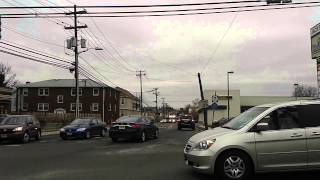 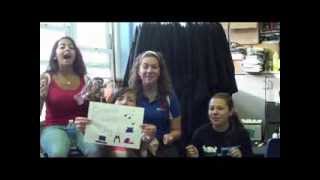 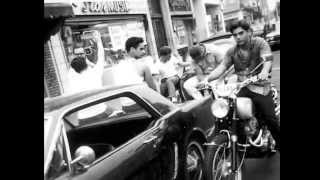 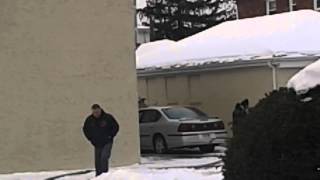 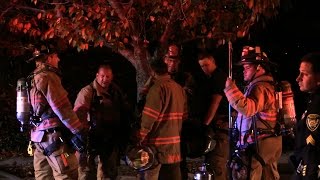 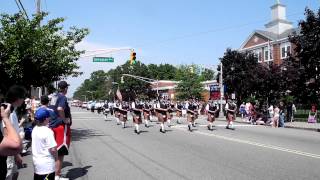 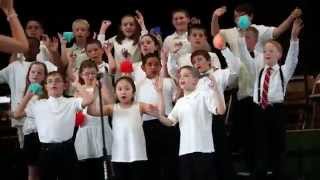 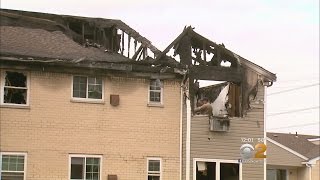 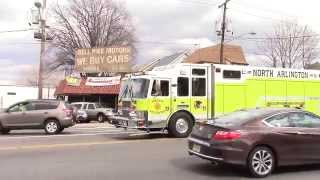 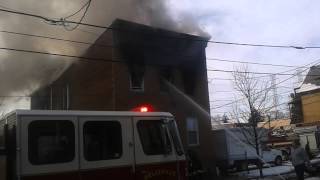