Northfield is a city in Dakota and Rice counties in the State of Minnesota. It is mostly in Rice County, with a small portion in Dakota County. The population was 20,007 at the 2010 census.[6]

Northfield was platted in 1856 by John W. North.[7][8] Local legend says that the town was named for John North and a Mr. Field. North, realizing that the town straddled the proposed northern border of Rice county, went to the state capital to lobby to move the border one mile north. Northfield was founded by settlers from New England known as "Yankees" as part of New England's colonization of what was then the far west.[9] It was an early agricultural center with many wheat and corn farms. The town also supported lumber and flour mills powered by the Cannon River. As the "wheat frontier" moved west, dairy operations and diversified farms replaced wheat-based agriculture. The region has since moved away from dairy and beef operations. Today it produces substantial crops of corn and soybeans, as well as hogs. The local cereal producer Malt-O-Meal is one of the few remnants of Northfield's historic wheat boom. The city's motto, "Cows, Colleges, and Contentment", reflects the influence of the dairy farms as well as its two liberal arts colleges, Carleton College and St. Olaf College.

Since early in its history, Northfield has been a center of higher education. Carleton College (then Northfield College) was founded in 1869 on the northern edge of town by the Minnesota Conference of Congregational churches whose Congregation consisted of the "Yankee" settlers who had largely founded the town. These were people descended from the English Puritans who settled New England in the 1600s.[10]St. Olaf College was founded in 1874 on the western edge of town by Norwegian Lutheran immigrant pastors and farmers who were eager to preserve their faith and culture by training teachers and preachers. These two institutions, which today enroll more than 5,000 students, make Northfield a college town.

In the 1970s, completion of Interstate 35 six miles west of Northfield enabled the expansion of the Minneapolis-Saint Paul metro area south of the Minnesota River. The downtown grain elevator accepted its last load of corn in 2000 and was torn down in 2002. Residential growth has been rapid since the mid-1990s.[] Northfield Hospital, which opened in 2003 in the town's northwest corner, is in Dakota County, so chosen because government reimbursement rates are more generous for Dakota County than for Rice County.

The town is roughly centered around the Cannon River and rises to the east and west from it.

There were 6,272 households, of which 32.8% had children under the age of 18 living with them, 50.0% were married couples living together, 9.3% had a female householder with no husband present, 3.6% had a male householder with no wife present, and 37.1% were non-families. 30.7% of all households were made up of individuals, and 13.1% had someone living alone who was 65 years of age or older. The average household size was 2.44 and the average family size was 3.04.

There were 4,909 households, out of which 35.4% had children under the age of 18 living with them, 52.7% were married couples living together, 9.6% had a female householder with no husband present, and 34.6% were non-families. 27.5% of all households were made up of individuals, and 9.6% had someone living alone who was 65 years of age or older. The average household size was 2.53 and the average family size was 3.08.

The Ames Mill on the Cannon River

Early in the city's history, local merchants created a small town square between Fourth Street to the north, Division Street to the east, the Cannon River to the west, and the southern storefronts. The old Ames Mill/Malt-O-Meal plant was also nearby, originally powered by the dam on the river. Bridge Square and the surrounding downtown area remain a strong cultural attraction for the city. The square has several amenities including a large fountain, a memorial statue, and a concession stand known as "the popcorn wagon" run by the senior center. Several scenic walkways follow the river, and numerous shops and boutiques can be found on the neighboring streets.

Jesse James' and the James-Younger Gang's 1876 attempt to rob the First National Bank of Northfield serves as a heritage tourism draw for the town. The original bank building was converted to a museum operated by the Northfield Historical Society.[13] The First National Bank of Northfield operates from a main office built half a block away from the historic site. In its front lobby, a glass case showcases a gun used during the robbery. The First National Bank in the Scriver Building in Northfield, Minnesota, site of the attempted robbery.

The Scriver Building in Northfield, Minnesota.

On September 7, 1876, Northfield experienced one of its most important historical events, when The James-Younger Gang attempted a robbery on the First National Bank of Northfield.[14] Local citizens, recognizing what was happening, armed themselves and resisted the robbers and successfully thwarted the theft. The gang killed the bank's cashier, Joseph Lee Heywood and a Swedish immigrant, Nicholas Gustafson. A couple of members of the gang were killed in the street, while Cole, Bob and Jim Younger were cornered near Madelia, Minnesota. Jesse and Frank James escaped west into the Dakota Territory, while the remaining gang members were killed or taken into custody. Considering the James gang as related to postwar insurgency, the raid has sometimes been called the last major event of the American Civil War. Two of Northfield's slogans are "Jesse James Slipped Here", based on the raid's failure, along with "Get your guns boys, they're robbing the bank!"

The events have become the basis of an annual outdoor heritage festival called The Defeat of Jesse James Days.[15] It is held the weekend after Labor Day and is among the largest outdoor celebrations in Minnesota. Thousands of visitors witness reenactments of the robbery, which is staged on Division street, outside of the First National Bank of Northfield. Other activities during the festival include: a championship rodeo, carnival, car show, and parade, as well as arts and crafts expositions, and musical performances. Many food stations are set up in Bridge Square, and during the evenings live music is played in a "beer tent" on Water Street. A horseshoe hunt takes place the week prior to the celebration; an antique horseshoe is hidden somewhere within the city on public grounds and the finder claims that year's cash purse.[16]

Bridge No. 8096 over Spring Creek, which runs through the Carleton College Cowling Arboretum.

The Carleton College Cowling Arboretum is a sizable, well-established arboretum and nature preserve adjacent to and owned by Carleton College. It offers extensive trails for walking in the summer and cross-country skiing in the winter.

The Mill Towns State Trail was built in 1998 as a joint effort of the cities of Northfield and Dundas.

The City of Northfield has a mayor-council government. The City Administrator is responsible for managing daily operations. The current mayor is Rhonda Pownell.[26] The city council consists of six members, four of whom represent city districts and two of whom are at-large members serving four year terms.[27]

In the United States Congress, Northfield is part of Minnesota's 2nd congressional district, represented by Angie Craig (DFL) since 2019, and in the Senate by Tina Smith and Amy Klobuchar, both members of Minnesota's Democratic-Farmer-Labor Party, an affiliate of the Democratic Party.

Northfield is home to St. Olaf and Carleton colleges. Their student and staff populations account for a large portion of the town's year-round population. 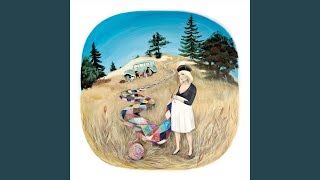 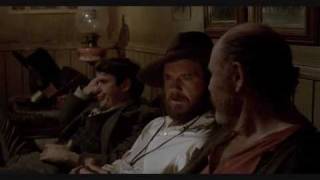 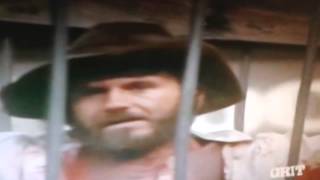 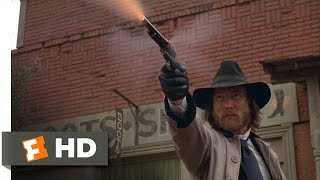 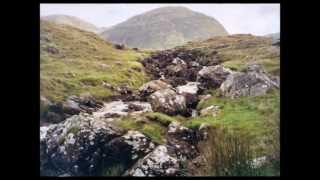 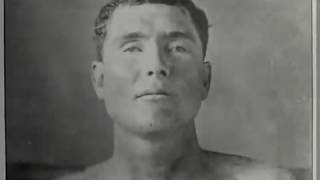 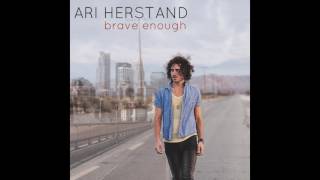 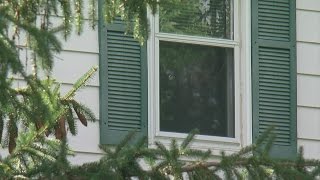 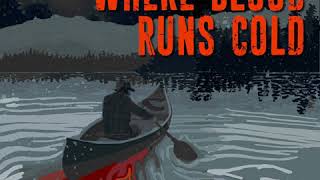 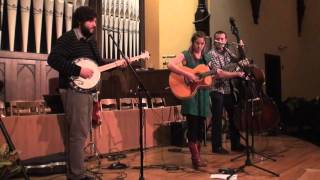 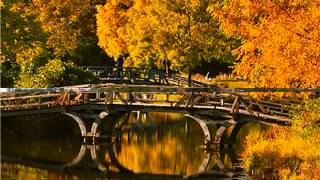 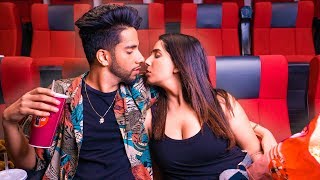 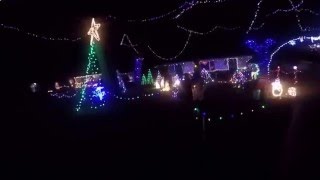 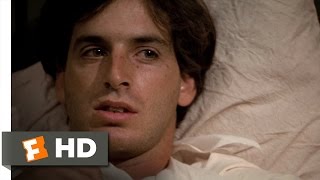 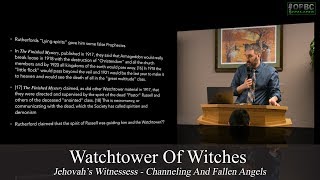 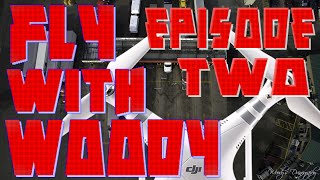 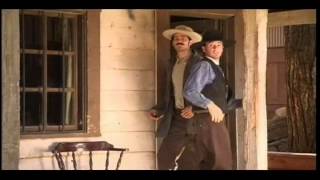 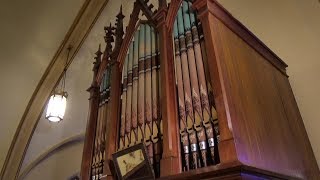