Learn
Noseband
Get Noseband essential facts below, , or join the Noseband discussion. Add Noseband to your PopFlock.com topic list for future reference or share this resource on social media.
Noseband Parade horse regalia, showing a noseband attached to a bridle, an example of a noseband used primarily for style, though it also is the point of attachment for a standing martingale.

A noseband is the part of a horse's bridle that encircles the nose and jaw of the horse. In English riding, where the noseband is separately attached to its own headstall or crownpiece, held independently of the bit, it is often called a cavesson or caveson noseband. In other styles of riding, a simple noseband is sometimes attached directly to the same headstall as the bit.

A noseband may have been one of the first tools used by humans to domesticate and ride horses. The bit developed later.

The noseband was originally made of leather or rope. After the invention of the bit, the noseband was, in some cultures, demoted to a halter worn beneath the bridle that allowed the rider to remove the bit from the horse's mouth after work and leave a restraining halter on underneath, or to tie the horse by this halter, instead of by the bit, which could result in damage to the horse's mouth if it panicked. However, its ability to hold a horse's mouth shut over the bit was also recognized, as was its usefulness for attaching equipment such as a martingale, and so in some traditions it was sometimes left as a working part of a bridle. Still other cultures, such as that of Ancient Persia, developed the noseband as a tool for training young horses, called a hakma, and this training noseband evolved into modern equipment such as today's bosal-style hackamore and Longeing cavesson.[1]

Today, there are also many styles of bitless bridle that rely on a noseband as the main method of communication and control.

Today, the noseband has several uses:

There is a correlation between the sensitivity of a noseband and the amount of tension needed in the reins to obtain a response from the horse. In a 2011 study of horses being ridden in English riding equipment with the noseband in one of three adjacent adjustments, greater rein tension was needed to get a response from the horses when they had the looser adjustment. However, the study did not go on to examine the effects of no noseband at all or a very tight adjustment.[2] Thus, nosebands may add some pressure to the nose when the reins are applied, depending on adjustment, style and the degree to which the horse resists the bit. With a soft leather noseband on a well-trained horse, the effect is minimal.

A bridle does not necessarily need a noseband, and many bridles, such as those used in Western riding, flat racing, or endurance riding, do not have one. Some horses shown in-hand do not use a noseband in order to better show off the animal's head. Many old paintings also depict a hunting horse without a noseband, since it was not always deemed useful by certain riders.

However, even in disciplines such as western riding, where it is considered a sign of a polished horse to not require a noseband or cavesson, one is often used on horses in training as a precaution to help prevent the horse from learning bad habits such as opening the mouth and evading the bit. In the English riding disciplines, the most common design of cavesson noseband is the Plain or French cavesson, a noseband that encircles the nose 1-2 inches below the cheekbone. This type of noseband is seen in most English disciplines, especially in dressage, show hunters, saddle seat, equitation and field hunters, but is the basic noseband for all disciplines. This noseband comes in various styles from a plain flat leather suitable for hunting, to raised, double raised, fancy stitched, colored and padded styles. All of them perform the same purpose.

The flash nose band was named for King George III's horse Bold Flash. It was developed by a stable hand to increase King George's control over his mount.

Noseband and cavessons generally used only for training, or ground handling, include: A young horse in a longeing cavesson In western riding, nosebands are not generally worn with an ordinary working bridle. Nosebands attached to the cheekpieces of the bridle, used purely for decorative purposes, were popular during the 1950s and in many western movies, but are not common today. When nosebands are used with western equipment, they usually fall into one of three categories:

Different styles of noseband are fitted according to their purpose. A horse must be able to part its teeth and open its mouth slightly (not visible on the outside) in order to flex correctly at the jaw, relax and come onto the bit. An excessively tight noseband will prevent this. If a horse cannot relax its jaw, it will have problems with proper head carriage, and the rider may then try to force the horse into position by pulling back on the reins or using artificial leverage devices.

Standard adjustment of a noseband is to allow one or two fingers between the noseband and the nasal bone of the horse's head, though many riders adjust it tighter. Research is ongoing to determine stress and pain levels related to excessively tight nosebands.[3] Recent studies in equitation science now strongly recommend that traditional and crank nosebands be adjusted so that two fingers can be inserted at the "nasal midline"--where the noseband crosses the top of the nose. The International Society for Equitation Science has stated that tight nosebands may lead to physiological stress and mask unwanted behavior and they encourage competition rules to be amended to require horse show stewards to check noseband tightness with a standardized gauge and see that competitors adjust their equipment accordingly.[4] 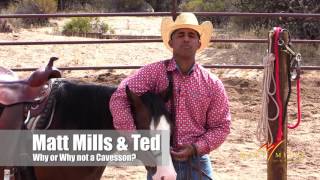 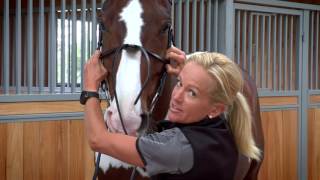 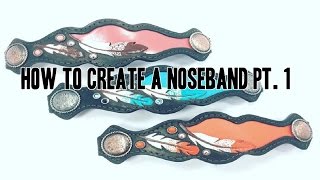 How to make a braided paracord noseband for a horse halter. Step by step instructions.
Watch   Add to List   Share 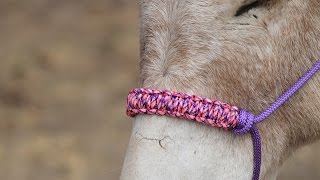 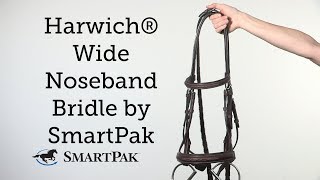 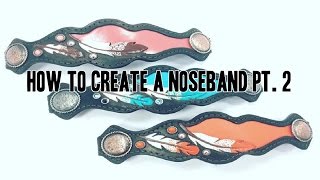 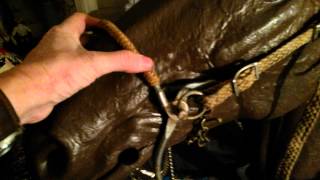 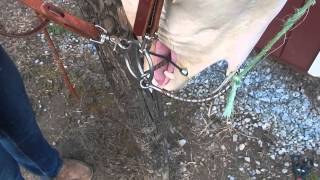 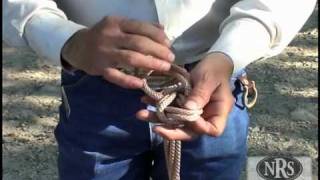 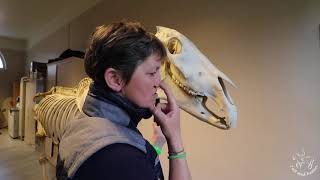 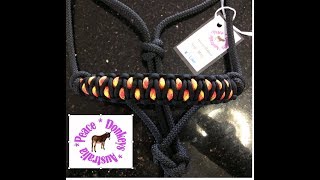 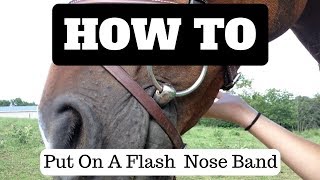 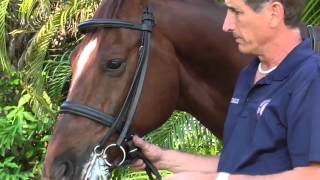 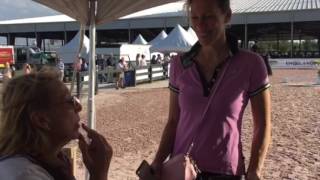 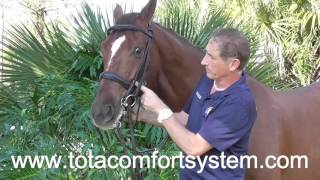 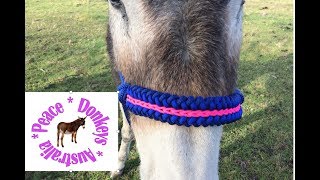 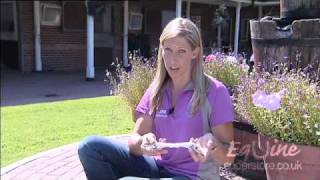 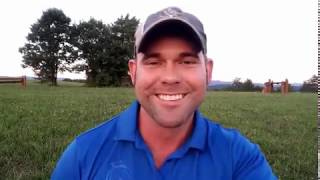 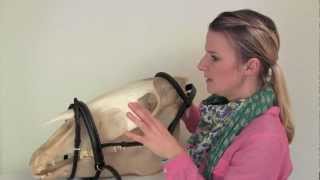