Oak Lawn is a village in Cook County, Illinois, United States. The population was 56,690 at the 2010 census.[3] Oak Lawn is a suburb of Chicago, located southwest of the city. It shares borders with the city in two areas but is surrounded mostly by other suburbs.

In August 1835, James B. Campbell purchased the land stretching between Cicero Avenue and Central Avenue from 95th Street to 103rd Street. It is unclear what Campbell's intentions with the area were, but by 1840, he had lost a court battle with the Illinois State Bank and his land was sold in a public auction. John Simpson, a prominent figure in early Oak Lawn history, bought the northern half of the property in 1842. By 1859, the recently incorporated government of Worth Township paid for the construction of Black Oak Grove Road, an early name for 95th Street. Black Oak Grove is also the earliest known name of the area that would become Oak Lawn. It was later shortened to Black Oak or Black Oaks, but in 1882, the post office, train depot and surrounding community became known simply as Oak Lawn. Over the next two decades, the area grew in population as more homes were built and local business sprang into being.[10]

In 1909, Oak Lawn was incorporated as a village. The following years, there were major improvements to local infrastructure and government services, such as the introduction of the police magistrate and village marshal, along with the building of a village hall and jailhouse.[11] Electric lights were brought to 95th Street in 1911, the volunteer fire department began in 1923, Oak Lawn's first bank opened in 1925, and the Community High School District 218 was formed. The population had grown to 2,045 by 1930, and civic improvements were steadily made over the next decade.[12] In 1934, a collection of one hundred books was the beginning of the Oak Lawn Public Library. By 1935, President Franklin D. Roosevelt created the Works Progress Administration as part of the New Deal, which supported a variety of public works, including libraries. With the help of a WPA grant, the new library opened its doors in 1936.[13]

After World War II, with veterans returning home and taking advantage of the G.I. Bill, Oak Lawn experienced a major population boom. Beginning in 1949, Oak Lawn Round-Up Days became an annual event and helped to promote the village. It started with 25,000 people, and the Western-themed celebration brought in over 100,000 attendees in 1952. In this year, Jack Brickhouse was master of ceremonies, and the parade was televised on WGN-TV. By 1957, Round-Up Days had become too large, and the next year a final scaled-down version was held.[14]

In the 1950s, a village managerial government began, and a new library and fire station were constructed. By 1960, there were nearly 20,000 residents in Oak Lawn.

On April 21, 1967, a tornado touched down in Oak Lawn that is recorded as one of the worst to strike an urban area. Roughly 900 buildings were damaged or destroyed, and over 30 people were killed.

The town was rebuilt in the coming years, and witnessed further population growth, peaking at 63,500 between 1973 and 1976.[10] However, there was a decrease in residents in the 1980s, and an aging population led to the closure of several schools during this time. In response, the village began a process of redevelopment to counteract the decrease. This redevelopment has focused primarily on businesses and structures in the core area of Oak Lawn, around 95th Street between Cicero Avenue and Central Avenue.

On April 21, 1967, an F4 tornado touched down at 105th Street and Kean Avenue in Palos Hills, 5 miles (8 km) west of Oak Lawn. There were no deaths in Palos Hills, although a number of homes were destroyed and two transmission towers collapsed. After rising from the ground, the tornado touched down again at the Starlite Drive-In Theater at 6400 West 95th Street. With winds estimated to be over 200 miles per hour (320 km/h), the tornado tore through Oak Lawn, tossing cars and buses in the air. After cutting Oak Lawn Community High School in half, it moved past St. Gerald's to 91st Street and Cicero Avenue, heavily damaging the Airway Trailer Park and the Oak Lawn Roller Rink before rising from ground level. It touched down again in nearby Hometown, Evergreen Park, and Chicago before dissipating over Lake Michigan. In just 16 minutes, the storm left a 16-mile (26 km) path of destruction and over 30 people dead.[15]

Oak Lawn maintains an expansive park system.[16] From small corner play lots to the 38-acre (150,000 m2) Centennial Park, there are over 300 acres (1.2 km2) of parks, recreational facilities and open land. These include playgrounds, walking paths, baseball fields, basketball, volleyball and tennis courts, plus outdoor swimming pools, an indoor ice arena, two fitness centers, and an 18-hole golf course. Each area in Oak Lawn has its own recreational area, totaling 22 parks.

The 18-hole Stony Creek Golf Course features 5,004 yards (4,576 m) of golf from the longest tees for a par of 65. Designed by Carl Getz, the golf course opened in 1982. The facility features include a miniature-golf course, banquet facilities, pro shop, bocce courts, horseshoe pits, PGA instruction, and a 44-station driving range.

Starting in 2002, downtown Oak Lawn (95th Street between Tulley Avenue and 55th Court) became the target of a massive redevelopment program; properties on the north and south sides of 95th Street were demolished. Eventually, several square blocks were leveled, making room for several multistory, high-end condominium complexes with retail space on the main floors. Part of the project was the expansion of the Metra commuter train station that houses a retail/office center and a new children's museum.[17] This complex also includes a multistory parking garage. Downtown Oak Lawn as seen today bears little resemblance to the downtown from 2002. It now features modern high-rise buildings, new shopping areas, a large contemporary Metra train station,[18] and several new retail and service facilities. In mid-2007, Oak Lawn began hanging additional messages to city stop signs in an attempt to have drivers obey the signs. The signs were the idea of the city President, and local residents are encouraged to submit their own ideas. Found throughout the village, the signs garnered attention with the press.[20]

The Federal Highway Administration (FHWA) and IDOT voiced their concerns about the use of these nonconforming stop signs, and as such the village removed them in April 2008.[21] Initially, the mayor refused to remove the signs, but IDOT threatened to withhold millions of dollars in funding for infrastructure. 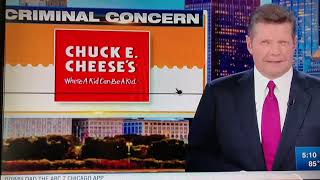 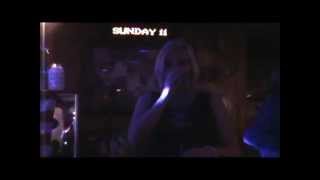 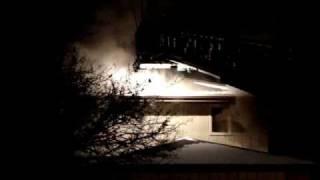 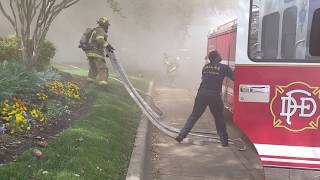 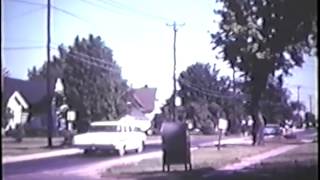 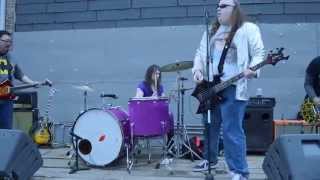 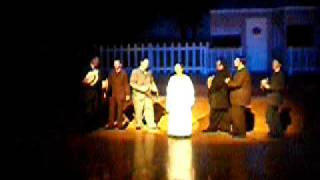 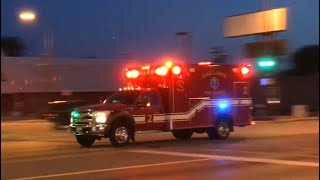 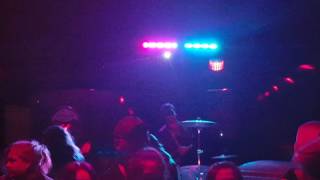 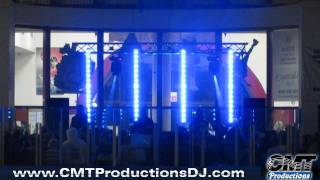 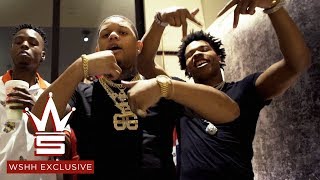 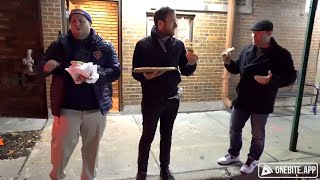 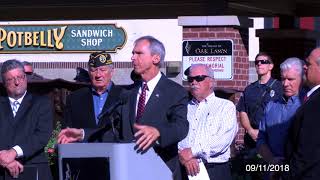 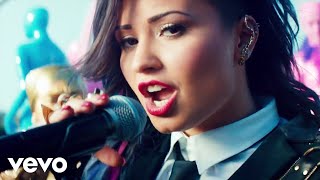 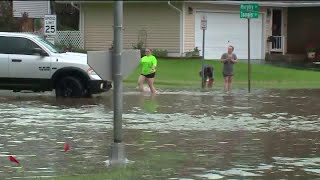 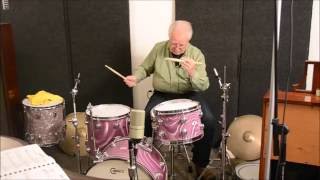