Petaluma is a city in Sonoma County, part of the North Bay sub-region of the San Francisco Bay Area, located 37 mi (60 km) north of San Francisco. Its population was 57,941 according to the 2010 Census.[6]

The Rancho Petaluma Adobe, located in Petaluma, is a National Historic Landmark. Its construction started in 1836 by order of General Mariano Guadalupe Vallejo, then Commandant of the San Francisco Presidio. It was the center of a 66,000 acre (270-km2) ranch stretching from Petaluma River to Sonoma Creek. The adobe is considered one of the best preserved buildings of its era in Northern California.

Petaluma is a transliteration of the Coast Miwok phrase péta lúuma which means hill backside.[8][9]Péta Lúuma was originally the name of a Miwok village located near the present day borders of the city of Petaluma.

Petaluma has a well-preserved, historic city center[10] which includes many buildings that survived the 1906 San Francisco earthquake. The Coast Miwok resided in southern Sonoma County, and Péta Lúuma was originally the name of a Miwok village east of the Petaluma River. A number of other Coast Miwok villages were also located in and around what is now Petaluma; Wotoki, immediately to the south of the village of Petaluma, on the opposite side of the river, Etem, Likatiut, and Tuchayalin, near downtown Petaluma, and Tulme and Susuli, just north of what are now the city limits of Petaluma.[11]

The Petaluma area was part of a 66,000 acre (270 km2) 1834 Mexican land grant by Governor Jose Figueroa to Mariano Guadalupe Vallejo called Rancho Petaluma. In 1836, Vallejo ordered construction of his Rancho Petaluma Adobe a ranch house in Petaluma, which his family often used as a summer home, while he resided in the neighboring town of Sonoma. Vallejo's influence and Mexican control in the region began to decline after Vallejo's arrest during the Bear Flag Revolt in 1846.

Pioneers moved to Petaluma from the eastern United States after James Marshall found gold in the Sierra Nevada in 1848. The town's position on the Petaluma River in the heart of productive farmland was critical to its growth during the 19th and early 20th centuries. Sailing scows, such as the scow schooner Alma (1892), and steamers plied the river between Petaluma and San Francisco, carrying agricultural produce and raw materials to the burgeoning city of San Francisco during the California Gold Rush.

There were brothels downtown along Petaluma Boulevard,[12] which used to be the main thoroughfare until U.S. Highway 101 was constructed in the 1950s.

The Sonoma County Bank Building was the home of the Baker Creek Heirloom Seed Company and the Petaluma Seed Bank for a time.[13] It was built in 1926.[14]

Petaluma soon became known for its grain milling and chicken processing industries, which continue to the present as a smaller fraction of its commerce. At one time, Petaluma was known as the "Egg Capital of the World," sparking such nicknames as "Chickaluma".[15] Petaluma hosted the only known poultry drugstore and is the place where the egg incubator was invented by Lyman Byce in 1879. Petaluma is also where Randall Smith founded Mesa/Boogie (also known as Mesa Engineering), which manufactures high quality guitar and bass guitar amplification.

One of the largest historic chicken processing plants still stands in the central area of town; this 1930s brick building is no longer used for the chicken industry, but is being evaluated for preservation and change of use. Even though it is no longer known as the Egg Capital of the World, Petaluma maintains a strong agricultural base today with dairy farms, olive groves, vineyards, and berry and vegetable farms.

According to the Army Museum at the Presidio, San Francisco, Petaluma was relatively unharmed during the San Francisco earthquake of April 18, 1906, due to significant stable bedrock underlying the region.[16] As one of the few communities in the region left standing after the earthquake, Petaluma was the staging point for most Sonoma County rescue and relief efforts.[]

Petaluma is today the location of many distinguished, well-preserved pre-1906 buildings and Victorian homes on the western side of the river.[16] The downtown area has suffered many river floods over the years[] and during the Depression commerce declined. A lack of funds prevented the demolition of the old homes and buildings.[] In the 1960s there was a counter-culture migration out of San Francisco into Marin County and southern Sonoma County, looking for inexpensive housing in a less urban environment. The old Victorian, Queen Anne and Eastlake style houses were restored. Historic iron-front buildings in the downtown commercial district were also rescued. Traffic and new home development for the most part was rerouted to the east of downtown by the construction of the 101 freeway.[] The downtown Petaluma Historic Commercial District is on the National Register of Historic Places.

The first official airmail flight took place in 1911, when Fred Wiseman carried a handful of mail from Petaluma to Santa Rosa, including letters from Petaluma postmaster John E. Olmstead and Petaluma's mayor. Wiseman's plane ended up in the National Air and Space Museum.[17]

There was a substantial influx of Jewish residents, starting during World War I.[18] This community formed around shared socialist ideals, as well as religious and cultural ties; this is depicted in the movie A Home on the Range (2002).

With its large stock of historic buildings, Petaluma has been used as the filming location for numerous movies set in the 1940s, '50s, and '60s (see list of movies below). The historic McNear Building is a common film location.

Petaluma pioneered the time-controlled approach to development. After Highway 101 was re-aligned as a freeway in 1955, residential development permits tripled, from 300 in 1969 to 900 in 1971. Because of the region's soaring population in the sixties, the city enacted the "Petaluma Plan" in 1971. This plan limited the number of building permits to 500 annually for a five-year period beginning in 1972.[19] At the same time Petaluma created a redbelt around the town as a boundary for urban expansion for a stated number of years. Similar to Ramapo, New York, a Residential Development Control System was created to distribute the building permits based on a point system conforming to the city's general plan to provide for low and moderate income housing and divide development somewhat equally between east and west and single family and multi-family housing.

The stated objectives of Petaluma's time controlled growth management were to ensure orderly growth; to protect the city's small town character and surrounding green space; to provide a variety of housing choices; and to maintain adequate water supply and sewage treatment facilities.

The controlled development plan attracted national attention in 1975 when the city was taken to court by the Construction Industry Association. The city's restriction was upheld by the 9th Circuit Court in 1975 and the Supreme Court denied a Petition for Writ of Certiorari in 1976. This court ruling still forms the foundation for most local growth management ordinances in California.[]

Despite this history of planned development, the Petaluma City Council voted on April 13, 2009, to eliminate the entire planning department and lay off the whole planning staff.[20] Planning Division responsibilities were subsequently contracted out to the consulting firm Metropolitan Planning Group, which re-hired some of the former planning staff and continues to operate planning services for the city.

In the late 1990s, Petaluma was also known as Telecom Valley due to the telecom startup companies that seemed to multiply from one another, and offer great riches for early stockholders and employees. Two success stories were that of Advanced Fibre Communications (AFC) (now Tellabs), and Cerent, which was purchased by Cisco. Some Cerent employees went on to purchase the Phoenix Theater, a local entertainment venue, which was once an opera house.

The City has identified about two dozen buildings and districts as Petaluma landmarks.[21] Balshaw Bridge crosses the turning basin of the Petaluma River.

Petaluma is flanked by the unincorporated communities of Penngrove to the north and Lakeville to the south.

Petaluma is situated at the northernmost navigable end of the Petaluma River, a tidal estuary that snakes southward to San Pablo Bay. Pollution levels in the river, once considerable, have improved in recent years. A significant amount of the city is in the river's flood plain, which overflows its banks every few years, particularly in the Payran neighborhood.[10]

Principal environmental noise sources are U.S. Route 101, Petaluma Boulevard, Washington Street and other major arteries. The number of residents that live in a zone of noise exposure greater than 60 CNEL is approximately 4,000.[10]

According to the City's 2019 Comprehensive Annual Financial Report,[29] the top employers in the city are:

Immediately to the southwest is Helen Putnam Regional Park, accessible from Chileno Valley Road. This park of 216 acres (0.9 km2) has trails for hiking, cycling and horseback riding and is one of two parks named in honor of former mayor Helen Putnam who served from 1965-1979; the other is Putnam Plaza on Petaluma Boulevard. Lying above the city of Petaluma on the northwest flank of Sonoma Mountain is the Fairfield Osborn Preserve, a nature reserve with a diversity of native flora and fauna. Nearby to the southeast is Tolay Lake, the site of prehistoric seasonal settlement by Miwok and Pomo tribes.

The mayor of Petaluma is Teresa Barrett,[31] who was formerly the vice mayor, and has previously served on the Petaluma City Council.[32] The other six council members are Kevin McDonnell (Vice Mayor), D'Lynda Fisher, Mike Healy, Gabe Kearney, Dave King, and Kathy Miller.

Public schools are managed by the Petaluma City School District. There are two comprehensive high schools in Petaluma: Petaluma High School and Casa Grande High School, whose athletic teams are known as the Trojans and Gauchos respectively. Casa Grande High School has a notable Academic Decathlon team, which has represented Sonoma County for the last 27 years in the state-level competition. There is an annual football game between the two schools' teams known as the "Egg Bowl". The Game was suspended in 2011 for fights involving players and fans, but was brought back in 2017, with Petaluma winning the game over Casa Grande, 20-14. The two Petaluma public middle schools are Kenilworth Junior High School and Petaluma Junior High School. Clock tower at the corner of Petaluma Boulevard and Western Avenue

Petaluma has served as a location for many major films and television commercials, including: 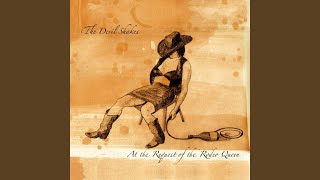 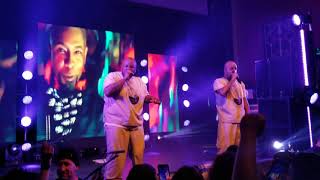 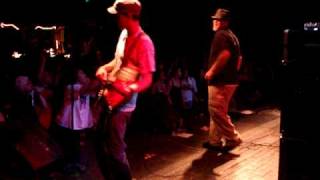 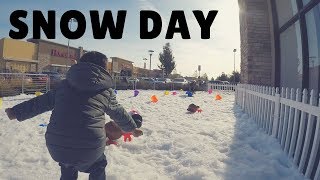 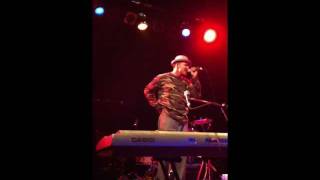 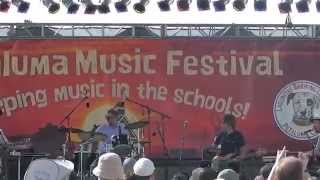 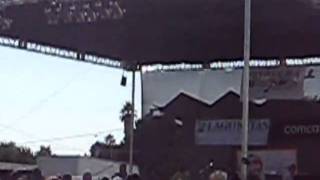 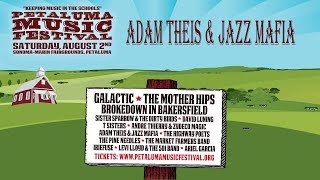 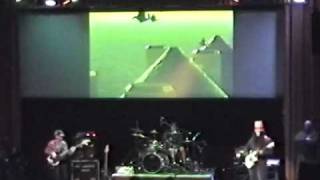 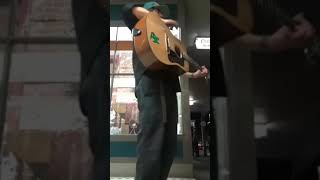 The Petaluma Music Festival is proud to announce: The Sam Chase & The Untraditional
Watch   Add to List   Share 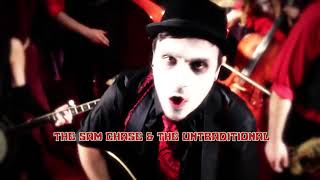 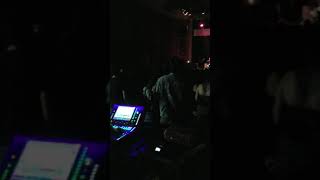 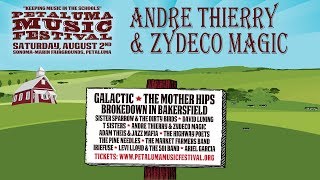 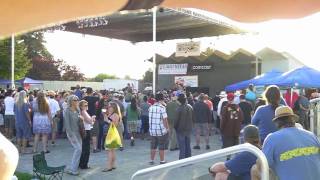 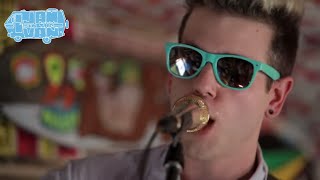 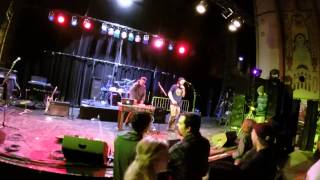 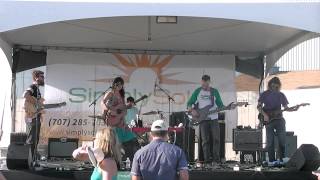 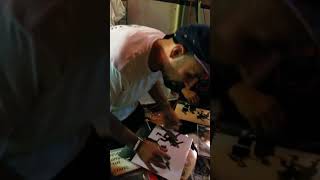 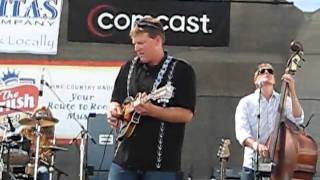