Three magnetic pickups on a Peavey Raptor with the pickup configuration of a fat-strat (H-S-S). The bridge (right) pickup is a humbucker and the neck (left) and middle pickups are single coils.

A pickup is a transducer that captures or senses mechanical vibrations produced by musical instruments, particularly stringed instruments such as the electric guitar, and converts these to an electrical signal that is amplified using an instrument amplifier to produce musical sounds through a loudspeaker in a speaker enclosure. The signal from a pickup can also be recorded directly.

Most electric guitars and electric basses use magnetic pickups. Acoustic guitars, upright basses and fiddles often use a piezoelectric pickup.

The pickup is connected with a patch cable to an amplifier, which amplifies the signal to a sufficient magnitude of power to drive a loudspeaker (which might require tens of volts). A pickup can also be connected to recording equipment via a patch cable.

The pickup is most often mounted on the body of the instrument, but can be attached to the bridge, neck or pickguard.

Pickups have magnetic polepieces (with the notable exceptions of rail and lipstick tube pickups--one or two for each string), approximately centered on each string. (The standard pickups on the Fender Jazz Bass and Precision Bass have two polepieces per string, to either side of each string.)

On most guitars, the strings are not fully parallel: they converge at the nut and diverge at the bridge. Thus, bridge, neck and middle pickups usually have different polepiece spacings on the same guitar.

Some high-output pickups employ very strong magnets, thus creating more flux and thereby more output. This can be detrimental to the final sound because the magnet's pull on the strings (called string capture[3]) can cause problems with intonation as well as damp the strings and reduce sustain.

Other high-output pickups have more turns of wire to increase the voltage generated by the string's movement. However, this also increases the pickup's output resistance/impedance, which can affect high frequencies if the pickup is not isolated by a buffer amplifier or a DI unit.

The turns of wire in proximity to each other have an equivalent self-capacitance that, when added to any cable capacitance present, resonates with the inductance of the winding. This resonance can accentuate certain frequencies, giving the pickup a characteristic tonal quality. The more turns of wire in the winding, the higher the output voltage but the lower this resonance frequency. The inductive source impedance inherent in this type of transducer makes it less linear[further explanation needed] than other forms of pickups, such as piezo-electric or optical.

The external load usually consists of resistance (the volume and tone potentiometers in the guitar, and any resistance to ground at the amplifier input) and capacitance between the hot lead and shield in the guitar cable. The electric cable also has a capacitance, which can be a significant portion of the overall system capacitance. This arrangement of passive components forms a resistively-damped second-order low-pass filter. Pickups are usually designed to feed a high input impedance, typically a megohm or more, and a low-impedance load reduces the high-frequency response of the pickup because of the filtering effect of the inductance.[jargon] Single-coil pickups act like a directional antenna and are prone to pick up mains hum -- nuisance alternating current electromagnetic interference from electrical power cables, power transformers, fluorescent light ballasts, video monitors or televisions -- along with the musical signal. Mains hum consists of a fundamental signal at a nominal 50 or 60 Hz, depending on local current frequency, and usually some harmonic content.

To overcome this, the humbucking pickup was invented by Joseph Raymond "Ray" Butts, but Seth Lover of Gibson was also working on one.[4] Who developed it first is a matter of some debate, but Ray Butts was awarded the first patent (U.S. Patent 2,892,371) and Seth Lover came next (U.S. Patent 2,896,491).

A humbucking pickup is composed of two coils, with each coil wound reverse to the other. Each set of six magnetic poles is also opposite in polarity. Since ambient hum from electrical devices reaches the coils as common-mode noise, it induces an equal voltage in each coil, but 180 degrees out of phase between the two voltages. These effectively cancel each other, while the signal from the guitar string is doubled.

When wired in series, as is most common, the overall inductance of the pickup is increased, which lowers its resonance frequency and attenuates the higher frequencies, giving a less trebly tone (i.e., "fatter") than either of the two component single-coil pickups would give alone.

An alternative wiring places the coils in buck parallel, which has a more neutral effect on resonant frequency. This pickup wiring is rare,[5] as guitarists have come to expect that humbucking pickups 'have a sound', and are not so neutral. On fine jazz guitars, the parallel wiring produces significantly cleaner sound,[5] as the lowered source impedance drives capacitive cable with lower high frequency attenuation.

Most electric guitars have two or three magnetic pickups. A combination of pickups is called a pickup configuration, usually notated by writing out the pickup types in order from bridge pickup through mid pickup(s) to neck pickup, using "S" for single-coil and "H" for humbucker. Typically the bridge pickup is known as the lead pickup, and the neck pickup is known as the rhythm pickup.[7]

Examples of rare configurations that only a few particular models use include: Dual pickup by Peterman in Australia

Many semi-acoustic and acoustic guitars, and some electric guitars and basses, have been fitted with piezoelectric pickups instead of, or in addition to, magnetic pickups. These have a very different sound, and also have the advantage of not picking up any other magnetic fields, such as mains hum and feedback from monitoring loops. In hybrid guitars, this system allows switching between magnetic pickup and piezo sounds, or simultaneously blending the output. Solid bodied guitars with only a piezo pickup are known as silent guitars, which are usually used for practicing by acoustic guitarists. Piezo pickups can also be built into electric guitar bridges for conversion of existing instruments.

Piezoelectric pickups have a very high output impedance and appear as a capacitance in series with a voltage source. They therefore often have an instrument-mounted buffer amplifier fitted to maximize frequency response.

The piezo pickup gives a very wide frequency range output compared to the magnetic types and can give large amplitude signals from the strings. For this reason, the buffer amplifier is often powered from relatively high voltage rails (about ±9 V) to avoid distortion due to clipping. A less linear preamp (like a single-FET amplifier) might be preferable due to softer clipping characteristics.[8] Such an amplifier starts to distort sooner, which makes the distortion less "buzzy" and less audible than a more linear, but less forgiving op-amp.[] However, at least one study[9] indicates that most people cannot tell the difference between FET and op-amp circuits in blind listening comparisons of electric instrument preamps, which correlates with results of formal studies of other types of audio devices. Sometimes, piezoelectric pickups are used in conjunction with magnetic types to give a wider range of available sounds.

Some pickup products are installed and used similarly to piezoelectric pickups, but use different underlying technology, for instance electret[10] or condenser microphone technology.[11]

There are basically four principles used to convert sound into an alternating current, each with their pros and cons:

An amplification system with two transducers combines the qualities of both. A combination of a microphone and a piezoelectric pickup typically produces better sound quality and less sensitivity to feedback, as compared to single transducers. However, this is not always the case. A less frequently used combination is a piezoelectric and a magnetic pickup. This combination can work well for a solid sound with dynamics and expression. Examples of a double system amplifier are the Highlander iP-2, the Verweij VAMP or the LR Baggs dual source and the D-TAR Multisource.[12]

Hexaphonic pickups (also called divided pickups and polyphonic pickups) have a separate output for each string (Hexaphonic assumes six strings, as on a guitar). This allows for separate processing and amplification for each string. It also allows a converter to sense the pitch coming from individual string signals for producing note commands, typically according to the MIDI (musical instrument digital interface) protocol. A hexaphonic pickup and a converter are usually components of a guitar/synthesizer.

Such pickups are uncommon (compared to normal ones), and only a few notable models exist, like the piezoelectric pickups on the Moog Guitar. Hexaphonic pickups can be either magnetic or piezoelectric or based on the condensor principle like electronicpickups

Optical pickups are a fairly recent development that work by sensing the interruption of a light beam by a vibrating string. The light source is usually an LED, and the detector is a photodiode or phototransistor.[13] These pickups are completely resistant to magnetic or electric interference and also have a very broad and flat frequency response, unlike magnetic pickups.

Optical pickup guitars were first shown at the 1969 NAMM in Chicago, by Ron Hoag.[14]

Pickups can be either active or passive. Pickups, apart from optical types, are inherently passive transducers. "Passive" pickups are usually wire wound around a magnet, and are the most common type used. They can generate electric potential without need for external power, though their output is relatively low, and the harmonic content of output depends greatly on the winding. "Active" pickups incorporate electronic circuitry to modify the signal. Active circuits are able to filter, attenuate or boost the signal from the pickup. The main disadvantage of an active system is requirement of a battery power source to operate the preamp circuitry. Batteries limit circuit design and functionality, in addition to being inconvenient to the musician. The circuitry may be as simple as a single transistor, or up to several operational amplifiers configured as active filters, active EQ and other sound-shaping features. The op amps used must be of a low-power design to optimize battery life, a design restriction that limits the dynamic range of the circuit. The active circuitry may contain audio filters, which reduce the dynamic range and mildly distort certain ranges. High-output active pickup systems also have an effect on an amplifier's input circuit.

Rickenbacker was the first manufacturer to market stereo instruments (guitars and basses). Their proprietary "Ric-O-Sound" circuitry has two separate output jacks, allowing the musician to send each pickup to its own audio chain (effects device, amplifier, mix console input).

The Gittler guitar was an experimental guitar[when defined as?] with six pickups, one for each string.

Gibson created the HD.6X Pro guitar that captures a separate signal for each individual string and sends them to an onboard analog/digital converter, then out of the guitar via Cat 5 Ethernet Cable. 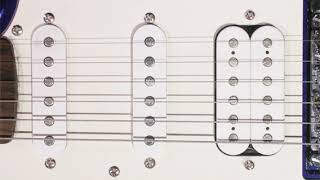 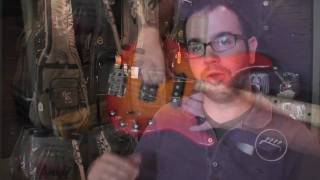 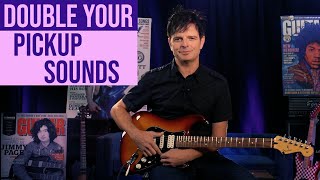 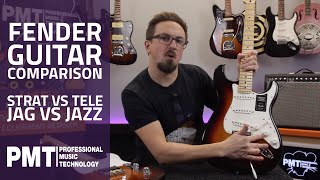 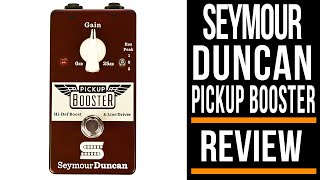 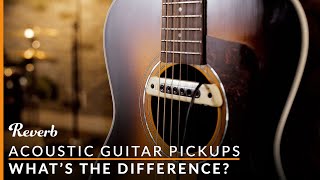 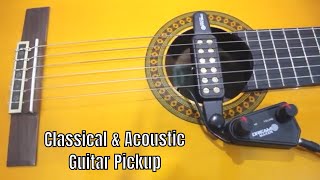 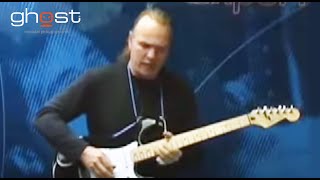 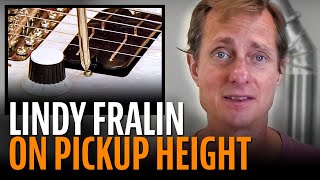 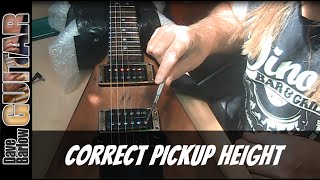 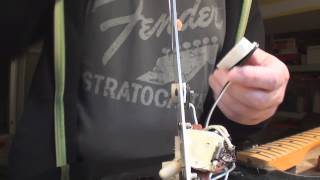 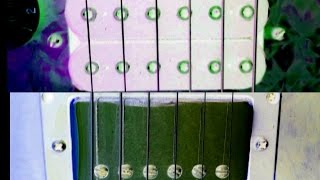 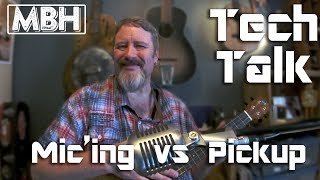 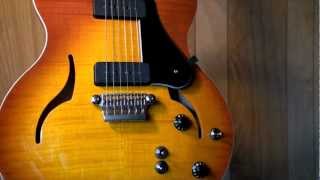 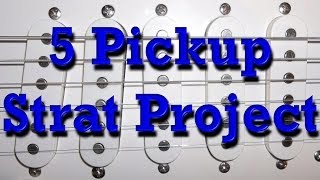 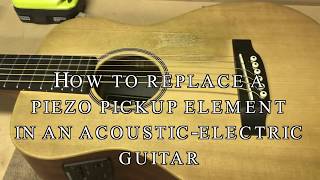 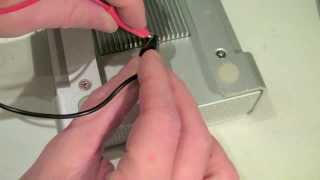 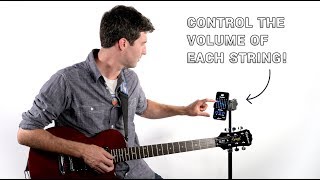 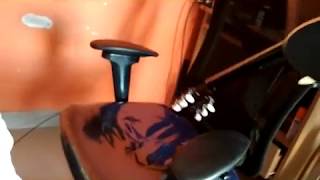 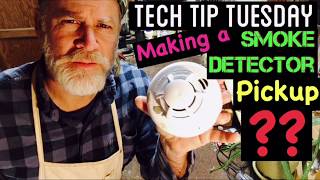