Plattsburgh is a city in and the seat of Clinton County, New York, United States. The population was 19,989 at the 2010 census.[2] The population of the unincorporated areas within the surrounding (and separately incorporated) Town of Plattsburgh was 11,870 as of the 2010 census, making the combined population for all of Plattsburgh to be 31,859. Plattsburgh lies just to the northeast of Adirondack Park, immediately outside of the park boundaries. It is the second largest community in the North Country region (after Watertown), and serves as the main commercial hub for the sparsely populated northern Adirondack Mountains.

Plattsburgh was the site of the amphibious Battle of Plattsburgh in the War of 1812, a key American victory that marked the end of hostilities in the Northern United States. It has been an important military outpost for much of its history, from hosting one of the largest Citizens' Military Training Camps prior to World War I, and Plattsburgh Air Force Base, the east coast center of operations for the Strategic Air Command during much of the Cold War period. The conversion of the base to a civilian airport in the 1990s resulted from the Base Realignment and Closure process during the wind down of the Cold War, and today it serves as a hub for economic development for the region. The city was named one of the Financial Times Top 10 Micro City of the Future several times.[when?]

Plattsburgh was founded by Zephaniah Platt in 1785 after he was granted the land by George Clinton.[5] In granting land to Zephaniah Platt of Poughkeepsie, New York - who went on to establish the new city of Plattsburgh to buffer emerging American interests in the Saint Lawrence River valley and Lake Champlain valley after the American victory in the American Revolutionary War - the centralized American authority proclaimed Plattsburgh in 1785.

Split from the Town of Plattsburgh

On March 3, 1815, an act was passed by the Legislature incorporating the Village of Plattsburgh out of an area that was formerly the eastern part of the town. The first village elections were held on May 2 of that year.[6]

The village incorporated as a city in 1903.

Plattsburgh Normal School was founded in 1889. It burned in 1929, and relocated to City Hall for three years.[7] In 1932 the college moved into the current Hawkins Hall which became the base of the modern campus. In 1948 it became State University of New York at Plattsburgh.

In 1915, the Preparedness Movement established the first and best-known of its training camps for prospective military volunteers at Plattsburgh. The "Plattsburgh camps" trained about 40,000 potential United States Army commissioned officers in the summers of 1915 and 1916.

During the Cold War, military functions took a prominent role in Plattsburgh, which was home to Plattsburgh Air Force Base (PAFB) and was the location of the Strategic Air Command's primary wing on the East Coast due to its geographic desirability. The base's location in the Champlain Valley (protected by the rain shadow of the Adirondack Mountains) ensured consistent, year-round weather that was safe for take-offs and landings. The 380th Bombardment, Aerospace, and Refueling Wings, all stationed at PAFB, included B-52 Bombers, air-refueling "tankers", and FB-111s. The base had a great deal[clarification needed] of land surface and was one of only four military bases in the United States with a landing strip large enough for a Space Shuttle landing.[8]

A B-47 bomber with the inscription "Pride of the Adirondacks", one of two aircraft on display in the Clyde A. Lewis Air Park.

On September 1, 1961, the 556 Strategic Missile Squadron was activated at Plattsburgh AFB. The Squadron consisted of 12 Atlas "F" Intercontinental Ballistic Missiles stored in underground silos at 12 sites surrounding the city of Plattsburgh. Ten of the silos were in New York, two across Lake Champlain in Vermont. The squadron played an active role in the 1962 Cuban Missile crisis, giving President Kennedy a powerful negotiating tool in dealing with Nikita Khrushchev. The 556 SMS's life was relatively short lived since the Atlas was a liquid fuel system that was expensive and difficult to maintain. As the solid fuel Minuteman ICBM began to come on line, the liquid fueled missiles such as the Atlas and Titan were retired. The 556 SMS began inactivating in the spring of 1965, completing that task later that year.

Despite its numerous awards for performance excellence, PAFB was closed on September 29, 1995, in a round of national base closures in the early 1990s as the Air Force began to pare down its post-Cold War missions. The base property is now managed by the Plattsburgh Airbase Redevelopment Corporation (PARC) and is used by a number of industrial manufacturers and commercial airlines.

Plattsburgh remains a favorite tourist location for vacationers from Montreal and southern Quebec.[8]Bilingual signs, in English and French, are found in various parts of the city.[8] Today, the city relies largely in part on new industries with a predominantly Canadian and Québécois influence expanding on the former airbase as well as established manufacturing plants, such as Bombardier,[9]Nova Bus,[10] and others.

Plattsburgh is sometimes historically spelled as Plattsburg, leaving off the "h". Many historic documents relating to the famous naval engagement between the United States and Britain in 1814 refer to the Battle of Plattsburg.[29][30] As a result, some history has been written using the latter spelling. For example, historian and former president of the Society of the War of 1812 in Illinois, John Meloy Stahl, published in 1918 "The Battle of Plattsburg: A Study in and of The War of 1812."[31]

In 1950, the editor of the New York State Legislative Manual, seeking to simplify the organization of that year's manual, requested a listing of state post offices from the United States Postal Service. Upon review of the listing, the difference in spelling was noted. The city was contacted and an investigation was begun by postal authorities.

To this day, some signs (including U.S. and Canadian highway signs, and a sign at the Plattsburgh Amtrak Station, among others) point the way to "Plattsburg". There is also a bank with plattsburg bank inscribed at the top. Plattsburgh is on the western shore of Lake Champlain, in the northeastern part of the state of New York, just south of Cumberland Head.

The Saranac River flows through the city into Lake Champlain. The government is headed by a mayor elected by a citywide vote and a council of six members, one elected from each ward. Colin Read, a Democrat, is the current mayor of the city of Plattsburgh. He assumed office on January 1, 2017.[41]

The city is home to SUNY Plattsburgh, a liberal arts university which is a part of the State University of New York (SUNY) system and Clinton Community College, which is also part of the SUNY System. SUNY Plattsburgh has been a part of the city since its founding in 1889 as the Plattsburgh State Normal School.[42] Today, the college is host to about 5,500 undergraduates, 400 graduate students, and almost 400 faculty members.[43] Students at the K-12 level who attend public schools in the city are served by the Plattsburgh City School District, which holds 2,000 students in 5 different schools.

Plattsburgh has two television stations, WCFE-TV, channel 57, a PBS member station and WPTZ, channel 5, an NBC affiliate, though WPTZ moved their main offices to Burlington in 2019, leaving Plattsburgh as a small regional satellite bureau. Plattsburgh is part of a media market shared with Burlington, Vermont, which includes WCAX-TV (CBS, channel 3), WVNY-TV (ABC, channel 22), WNNE (CW, channel 31) and WFFF-TV (Fox, channel 44). Residents are also in the range of Montreal, Quebec, and other Canadian television stations. Some of these Canadian stations, including CBFT-DT, CBMT-DT and CFCF-DT, are available on Charter Communications, the cable franchise serving Plattsburgh.

The city is about a 60-minute drive from Montreal, Canada's second most populous city, which is also the largest city in Quebec. Many people commute across the Canada-U.S. border, and the City of Plattsburgh advertises itself as "Montreal's U.S. suburb". New York state is Quebec's largest trade partner, with about $6 billion in trade annually.[47] The proximity leads to Plattsburgh's prominence as a large trade center for a city its size.[] Amtrak, the national passenger rail system, provides service to Plattsburgh, operating its Adirondack daily in both directions between Montreal and New York City.

The closest American city larger than Plattsburgh is Burlington, Vermont, which is reachable by a ferry or a bridge located further north at Rouses Point. Ferry service is provided at Cumberland Head, and heads to Grand Isle by the Lake Champlain Transportation Company. There is also a seasonal ferry service offered by the same company in Port Kent, approximately 10 miles to the south. The latter ferry goes to Burlington.

Plattsburgh International Airport uses the runway of the former Plattsburgh Air Force Base, which closed in 1995. The airport terminal was completed in February 2007 with the building being dedicated on April 27, 2007.

Direct flights from Plattsburgh include flights to Dulles Airport near Washington, D.C., Fort Lauderdale, Orlando, St. Petersburg, Florida, and others. Airlines flying out of Plattsburgh include United Express, Allegiant Air, and Spirit Airlines.[48]

Plattsburgh flight demand is driven by the increased traffic from Montreal, Quebec. At approximately 80% to 85% of total yearly demand, Plattsburgh's airport markets itself as Montreal's American Airport, given it is closer to Montreal's South Shore Residents than Montreal-Pierre Elliott Trudeau International Airport, even with a 10 (workdays/Canadian side) to 20-minute (weekend/Canadian side) average border wait time.[49][50][51]

Cargo flights are offered by FedEx Feeder which delivers goods to more major airports aboard Cessna Caravans to be shipped on long haul flights and UPS which does similar service using Embrear 110 turboprop aircraft.

The city is serviced by the Clinton County Public Transportation (CCPT for short). The county-wide bus service offers passengers city and county-wide bus routes, allowing passengers from surrounding communities to travel to and from Plattsburgh. These routes operate five days a week, with a city-wide shopping shuttle offered on Saturdays. There is no bus service on Sundays or major holidays.

For the past three two-year cycles, the Plattsburgh Region was named as a Top 10 Micro City of the Future, in both North America and South America, in FDis rankings. The FDi is a publication of the Financial Times of London and ranks cities across the world in various categories. In the year 2015, Plattsburgh obtained 2nd Place for Economic Potential, 1st for Human Capital and Lifestyle, 3rd for Business Friendliness, 9th for Connectivity, and 1st for Foreign Direct Investment Strategy.[52]

Other large companies in the area include: Bombardier Transportation, which builds rail-cars in a 219,000 sq ft (20,300 m2) plant;[55] Norsk Titanium, which opened its U.S. branch in Plattsburgh to make parts for the aerospace industry through the use of titanium rapid plasma deposition;[56][57] and Nova Bus and Prevost which manufactures busses for the American market.[58] 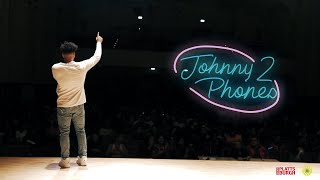 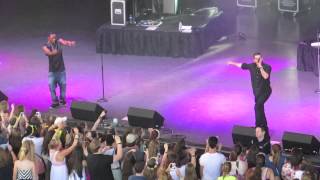 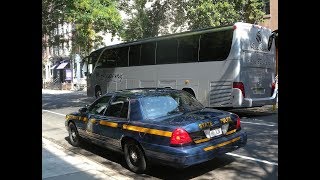 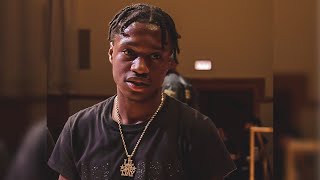 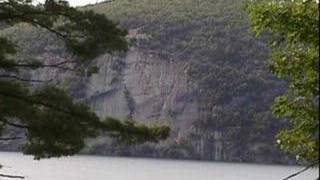 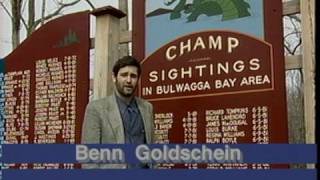 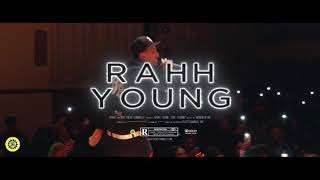 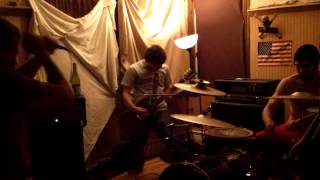 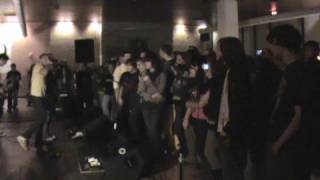 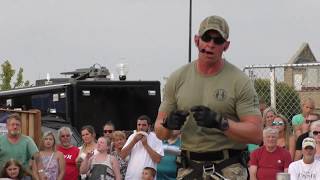 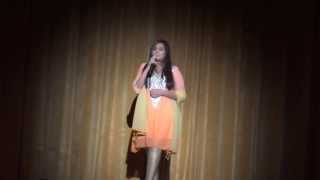 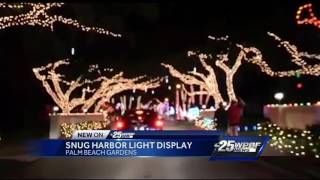 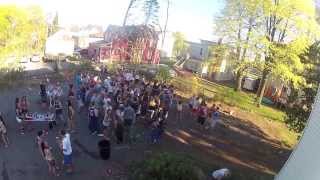 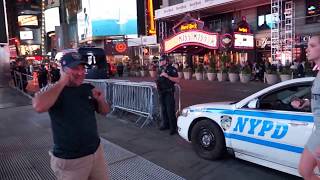 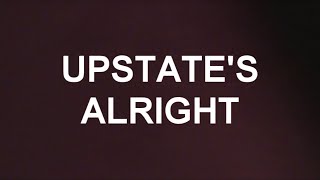 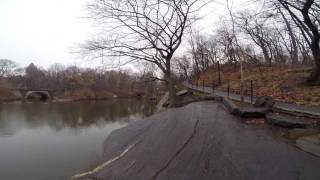 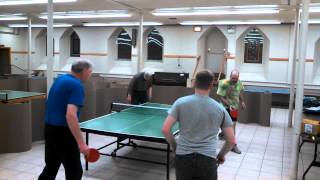 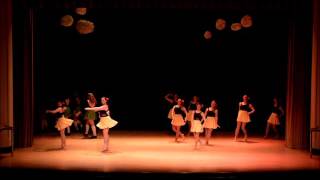 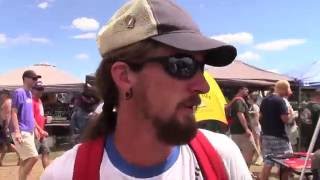 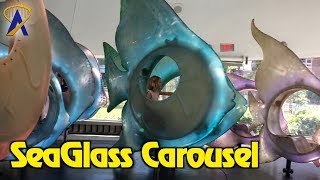