Red Wing (Formerly Known as Wahcoota[]) is a city in Goodhue County, Minnesota, United States, along the upper Mississippi River. The population was 16,459 at the 2010 census.[6] It is the county seat of Goodhue County.[7][8]

The National Trust for Historic Preservation placed Red Wing On its 2008 distinctive destinations list, which adds twelve communities annually nationwide. Red Wing was added for its "impressive architecture and enviable natural environment."[9] Red Wing is connected to Wisconsin by Red Wing Bridge (officially named the Eisenhower Bridge); it carries U.S. Route 63 over the Mississippi River and its backwaters.

This city was named after the early 19th-century Dakota Sioux chief, Red Wing (Shakea), or Hupahuduta ("Wing of the Wild Swan Dyed Red").[8][10] He was one of a succession of Mdewakanton Dakota chiefs whose name "Red Wing" came from their use of a dyed swan's wing as their symbol of rank. He was an ally of British soldiers during the War of 1812. After a vision in which he saw the Americans driving out the British, he declared neutrality. French Canadians referred to him as L'Aile Rouge. Later he took the name Shakea, or "The Man Who Paints Himself Red," after passing the name Red Wing On to a successor chief.[]

During the lifetime of Hupahuduta, there were few European-American pioneers in his territory. Red Wing was known as a firm friend of the United States, keeping peace with the traders and settlers, and trading for goods that were valued by his tribe.[] The federal government established a Mdewakanton Sioux Indian reservation in 1889 along the Mississippi River to free up land for new settlers. The city of Red Wing developed around it. This reservation is known as the Prairie Island Indian Community. In the early 1850s, settlers from Mississippi River steamboats came to Red Wing to farm in Goodhue County. They encroached on traditional territory of the Mdewakanton Sioux.

The settlers cleared the land for wheat, the annual crop of which could pay the cost of the land. Before the railroads were constructed across the territory of Goodhue County, it produced more wheat than any other county in the country.[] In 1873, Red Wing led the country in the amount of wheat sold by farmers.[11] The warehouses in the port of Red Wing could store and export more than a million bushels of wheat.[11]

Once the railroads connected southern Minnesota with Minneapolis and Saint Anthony where the largest flour mills were built, the port at Red Wing lost prominence.[11]

The Aurora Ski Club in Red Wing, which was founded on February 8, 1887, was one of the first ski clubs formed in North America, reflecting skills of Scandinavian immigrants in the area.[] Aurora club members introduced in the 1880s, what became known as "Red Wing Style" ski techniques, which was patterned after the Telemark skiing form.[] The term "Red Wing style" continued in use in the United States well into the twentieth century.[]

The federal government established a Mdewakanton Sioux Indian reservation in 1889 along the Mississippi River to free up land for new settlers. It is now within the boundaries of the city of Red Wing, and is known as the Prairie Island Indian Community.[]

The first settlers in town built small mills, factories, and workshops, similar to ones they were familiar with in New England and the upper Midwest, from where many had come.[11] Numerous immigrants from Germany, Ireland, Norway and Sweden settled in this area and were also skilled craftsmen. Some early industries were tanning and shoe-making, while other businessmen manufactured farm equipment, bricks, barrels, boats, furniture, pottery, and clothing buttons. Consumables included beer and lumber. Service industries including stone-cutting, hospitality, and retailing.[11] The St. James Hotel remains a working token of the earlier time.[11]

Red Wing was once home to Hamline University, founded in 1854 as the first institution of higher education in the state of Minnesota. It closed in 1869 because of low enrollment due to diversion of students to the American Civil War. Chartered in St. Paul in 1871, it reopened there in 1880.

Red Wing also was the home of Minnesota Elementarskola a Swedish elementary school that was the predecessor to Gustavus Adolphus College, a private liberal arts college of the Evangelical Lutheran Church of America (ELCA). The school was founded in Red Wing in 1862 by Eric Norelius, it moved to East Union in 1863 and then in St. Peter the college was built in 1873-1876.

The Red Wing Pottery and stoneware industry began in 1861, when county potter John Paul discovered the large, glacially deposited clay pits beds on the northwest of the city, close to Hay Creek. The first commercial pottery company, Red Wing Stoneware, was founded in 1877.[15] It used clay from the area of the Hay Creek headwaters, close to Goodhue, near a hamlet named Claybank. A railroad branch line was built to carry clay to Red Wing for this important industry. The factory buildings remain, but only traces of the railroad, abandoned in 1937, are left.[16]

The Minnesota Correctional Facility - Red Wing is housed in the former Minnesota State Training School, built in 1889. The original Romanesque building was designed by Warren B. Dunnell. He was the architect of a number of historical public buildings in Minnesota.

The institution was the subject of "Walls of Red Wing," a folk song by American singer-songwriter Bob Dylan (who was awarded the Nobel Prize in Literature in 2016).

In the last half of the twentieth century, the United States Army Corps of Engineers built Lock and Dam No. 3 and deepened the channel on the Mississippi River to improve navigation in this area. Such projects have revitalised Mississippi River traffic for shipping grain and coal. The port of Red Wing has gained business as a result.[11]

In 1973, the Prairie Island Nuclear Power Plant was opened along the river. The federal government had authorized the project in consultation with the Minnesota state government. The facility is owned and operated by Xcel Energy.

In early March, Red Wing shut down some city facilities and the public library[17] later on March 17, 2020 the Mayor Sean Dowse Addressed the People of Red Wing about coronavirus and the city facilities[18] on March 31, 2020 a Report of COVID-19 was reported in Red Wing from an Corrections Facility[19][20]

The city of Red Wing has several neighborhoods or other places annexed by the city. These include:

Red Wing's Amtrak station is served by Amtrak's Empire Builder daily in each direction between Chicago to the east, and Seattle and Portland on the west. 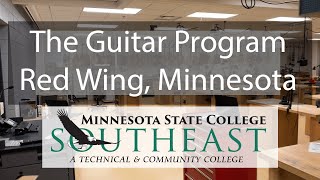 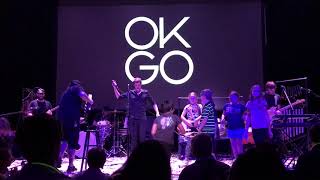 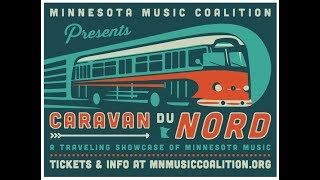 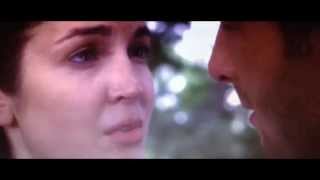 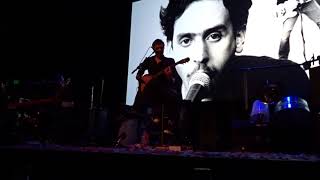 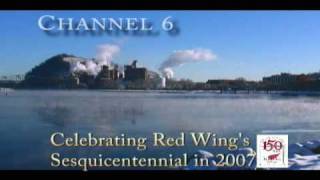 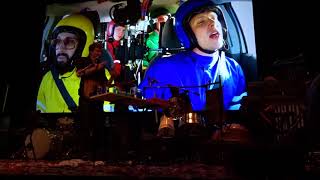 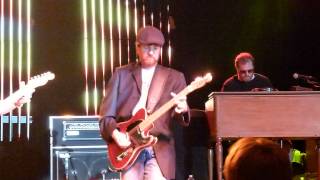 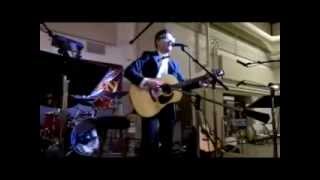 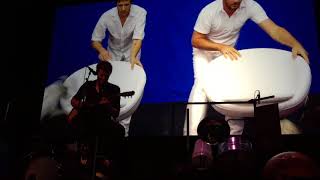 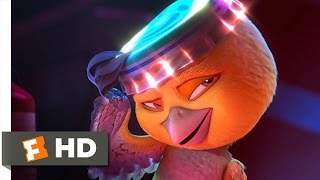 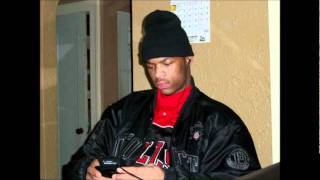 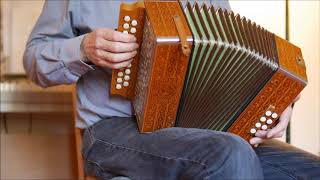 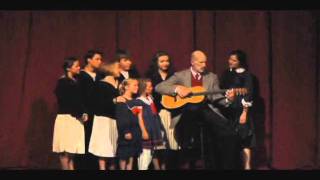 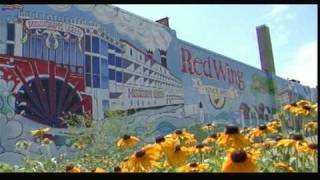 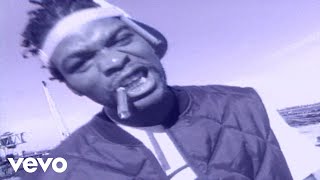 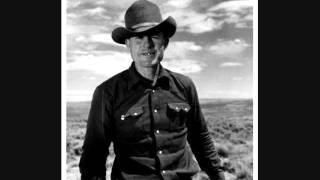