Vincent's musical career began when she was a child in her family's band The Sally Mountain Show, and has spanned more than four decades. Vincent first achieved success in the bluegrass genre in the 1970s and '80s, earning the respect of her mostly male peers for her mastery of the progressive chord structures and multi-range, fast-paced vocals intrinsic to bluegrass music.[3] Vincent is an in-demand guest vocalist for other bluegrass and country music performers, appearing on recordings by Dolly Parton, Alan Jackson, Tanya Tucker, Joe Diffie and other notables.[4]

Vincent is a seven-time Grammy nominee, winning the Grammy Award for Best Bluegrass Album in 2017[5].

Vincent was born in Kirksville, Missouri, on July 13, 1962, and raised in nearby Greentop, Missouri. She is the oldest of three children, and the only daughter of Johnny and Carolyn Vincent. Her brother Darrin is a member of the Grammy Award-winning bluegrass group Dailey & Vincent. Her youngest brother Brian played with the family group for many years but no longer works as a professional musician.[] A fifth-generation musician, Rhonda's musical career started at age five, when she sang gospel songs with her family's band, which was later known as the "Sally Mountain Show".[6] Her father bought her a snare drum for her sixth birthday. At age eight, Vincent started playing mandolin. She soon excelled and began guitar lessons at ten years old. She later added fiddle to her list of instruments. In an interview with Ingrams magazine she said, "Dad used to pick me up after school, and Grandpa would come over and we played until after dinner almost every night. There wasn't a lot going on in Greentop, but it was always hopping at the Vincent house."[7] Vincent recorded her first single, a version of "Mule Skinner Blues", in 1970. The family, including the younger brothers when they were old enough to play instruments, traveled and performed extensively across the Midwest in the 1970s and early 1980s. Except for living in Texas for a short time in 1974, and two summers (1977, 1978) spent employed as musicians at Silver Dollar City in Branson, Missouri, the Vincent family used the Greentop area as home base.[8] The Vincent children all attended Schuyler County R-1 schools, and following high school Vincent later attended Northeast Missouri State University, majoring in accounting.[]

Even while Vincent was still performing regularly with the Sally Mountain Show, she released her first solo album New Dreams and Sunshine in 1988. In 1985, Vincent had competed in the TV series You Can Be a Star on the original version of The Nashville Network. After winning the competition, she was signed to a recording contract; her first professional performance was with country singer and Grand Ole Opry star Jim Ed Brown. In the 1990s Vincent branched out into mainstream country music, releasing a pair of albums on the Giant Records label, but did not have success there. With the release of her album Back Home Again in 2000, Vincent returned to bluegrass with the goal of expanding both the musical reach and the accessibility of the genre. The International Bluegrass Music Association (IBMA) accorded her its Female Vocalist of the Year award for the years 2000 - 2006, plus IBMA Entertainer of the Year in 2001. The Society for Preservation of Bluegrass Music in America (SPBGMA) designated her its Entertainer of the Year for 2002 - 2006 inclusive.[9] She also performs with her band, Rhonda Vincent & the Rage.

On February 19, 2010, Vincent parted from Rounder Records, after ten years with the label.[10] Vincent released "Taken", her debut album on her own label Upper Management Music on September 21, 2010. Featuring special guests like long-time friend Dolly Parton, Richard Marx and Little Roy Lewis, the album entered the Top Bluegrass Albums chart at No. 1.[11]

Sunday Mornin' Singin', an album of old-time gospel standards, was released on July 10, 2012.

On April 1, 2017 Vincent's duet with a fellow country singer Richard Lynch was released as a track on Lynch's album "Mending Fences".[12]

During an appearance at the Grand Ole Opry on April 27, Vincent announced that she and Daryle Singletary had spent the previous months recording a duets album, with further details to follow during CMA week. She then introduced Singletary and the two performed "Golden Ring" and an original song titled "We Could Be One".

In a 2011 interview with television station KTVO Vincent announced that she and her band had recently filmed a live all-gospel DVD at a church in her hometown of Greentop, Missouri.[13] The DVD was expected to be released sometime in 2012.

In 2008 Vincent's band performed at Centennial Hall in London, Ontario, at a concert organized by the Thames Valley Bluegrass Association.[14]

Vincent married Herb Sandker on Christmas Eve, 1983.[4] While it might have been more convenient to be based out of someplace like Nashville, Vincent chose to remain close to her Missouri roots: "My husband and I made the decision early on. I loved being in my home area. My parents are there, our relatives are there. We wanted to raise our children there. So I made the decision to commute."[7] For a period of time in the late 1990s and early 2000s Vincent and Sandker owned and Sandker managed a popular restaurant in Kirksville, Missouri, called "Bogies".

Vincent's elder daughter Sally wed her mother's fiddle player, Hunter Berry, in Greentop, Missouri in 2010. Younger daughter Tensel married her mother's dobro player, Brent Burke, in 2013. Sally and Tensel have since performed with their mother, and have begun their own group with their husbands named Next Best Thing.[15]

Since 1987 Rhonda and the entire Vincent family have hosted a large yearly bluegrass festival on land just west of Queen City, Missouri. The Sally Mountain Bluegrass Festival is traditionally held around the 4th of July and attracts music fans from across the U.S. and the world. Vincent and her band, The Rage, are the most awarded band in bluegrass history. To date, the have won one Grammy, nineteen IBMA Awards (including the top Entertainer of the Year honor in 2001 and consecutive Female Vocalist of the year wins between 2000 and 2006) and eighty nine SPBGMA Awards. 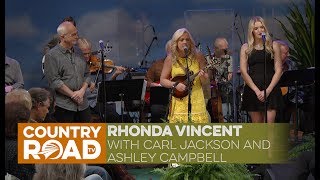 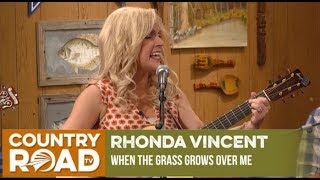 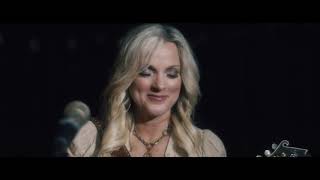 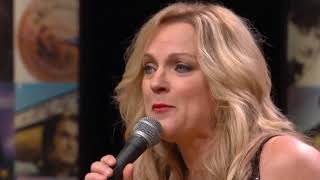 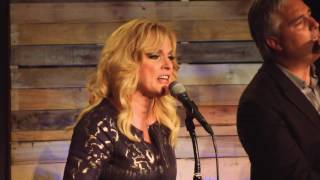 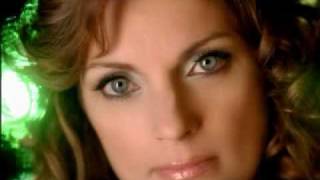 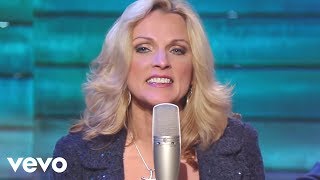 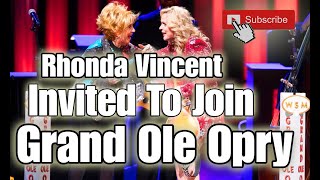 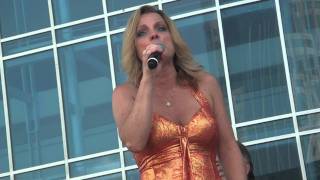 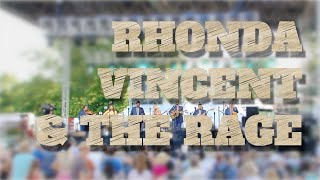 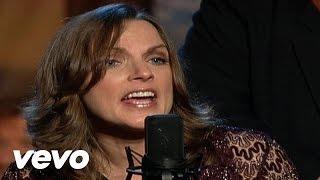 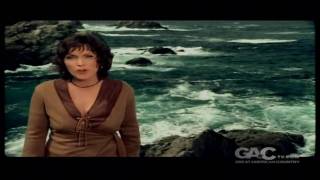 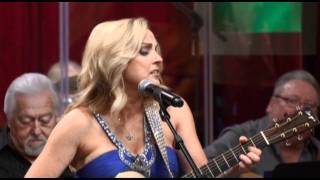 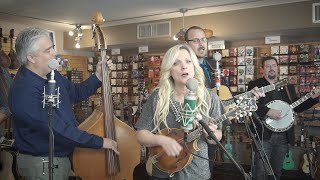 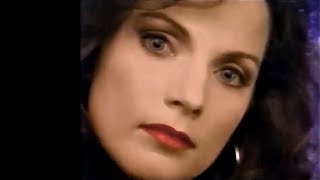 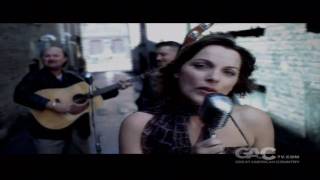 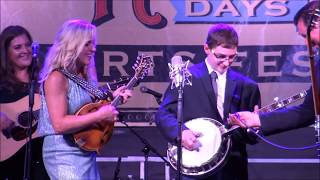