Rosemead is a city in Los Angeles County, California, United States. As of the 2010 census, it had a population of 53,764. Rosemead is part of a cluster of cities, along with Arcadia, Temple City, Monterey Park, San Marino, and San Gabriel, in the west San Gabriel Valley with a growing Asian population.[9]

Prior to the arrival of the Spanish, the area around Rosemead was populated by Native Americans known as the people of the willow houses or better known as the Kizh (pronounced Keech), or as the Spaniards renamed them, the Gabrieleños. In 1771, the Spanish founded the first Mission San Gabriel Arcángel in the area that was formally known as the village of Shevaangna or Siba what is [first Angeleno William McCawley 1996] now known as La Mision Veija or Whittier Narrows on the border between Montebello and Rosemead. In 1775, the mission moved to avoid the spring floods that ruined the first crops, to its present location in San Gabriel formally known as the village of Tovisvanga .[10]

During the Spanish Colonial era, the area that is now the City of Rosemead was part of the land administered by the San Gabriel Mission. As part of the Mexican government's Secularization Act of 1833, the land, formerly held by the Mission, was distributed to private citizens, requiring only that they build a house and graze cattle, bringing to an end the Mission Era [11] Following the Mexican-American War and the 1848 signing of the Treaty of Guadalupe which transferred sovereignty over the territory now known as the State of California to the United States, Anglo-American immigration began to flow to the area. The southern part of Rosemead was part of Rancho Potrero Grande (Large Pasture) which was originally granted to a Native American man named Manuel Antonio,[12] who was a "mayordomo" (overseer) at the San Gabriel Mission. The 4,431-acre (18 km2) ranch was later transferred to Juan Matias Sánchez.[13]

In 1852, John and Harriet Guess moved cross-country in an ox drawn wagon, to the San Gabriel Valley from Conway County, Arkansas.[14] In 1855, the couple camped where present-day Savannah Elementary School is located on Rio Hondo Avenue. They rented the land until 1867, when John Guess purchased 100 acres (0.4 km2) of a 1,164-acre (5 km2) ranch and named it Savannah. The land stretched from Valley Boulevard to Marshall Street, and from Rosemead Boulevard to the Eaton Wash.

Other pioneers, Frank Forst and Leonard John Rose, also settled in this valley. Rose and his wife Amanda bought about 600 acres (2.4 km2) of land between what is now Rosemead Boulevard and Walnut Grove Avenue. Rose bred and trained horses for a living. He named his ranch "Rose's Meadow" which was eventually shortened to Rosemeade and gave the city its name.[14] Rosemeade was once again shortened to Rosemead. The peaceful, pastoral community flourished with small truck farms and rabbit and chicken farms. Settlers moved in and also raised vegetables, fruits, grain and feed for the animals. It wasn't until August 4, 1959, the citizens elected to incorporate Rosemead into a city.[14] Entrance to Rosemead on Garvey Avenue over Rio Hondo Bridge

Rosemead Airport is one of the vanished former airports which once were spread all throughout the Los Angeles metropolitan area. Western Air College operated the airport. The airport at this location in Rosemead was apparently built at some point between 1940-42, as it was not depicted on a 1940 LA street map. The earliest depiction of this airport was on a 1942 street map, which labeled the field as the Western Air College Airport. At some point between 1942-44 the airport was renamed Rosemead, as that is how it was labeled on the 1944 LA Sectional Aeronautical Chart (courtesy of John Voss). A flying school was also operated at Rosemead Airport.[15]

Fletcher Aviation acquired the airport from the Heasley brothers during the Korean War and later sold to AJ Industries in the 1960s, AJ immediately sold the portion of the land from Rio Hondo Avenue almost to Rosemead Boulevard to AeroJet Corporation and they built a large facility there. It was named Flair Park and the roadway that parallels I-10 was named Flair Drive. [16]

Rosemead is part of a cluster of cities (along with Arcadia, Temple City, Monterey Park, San Marino, and San Gabriel) in the west San Gabriel Valley with a growing Asian population. Rosemead has a significant population from Mexico, among other Latino nationalities. Less than 1% of the population is African-American or Native American.

According to the 2010 United States Census, Rosemead had a median household income of $45,760, with 18.8% of the population living below the federal poverty line.[19]

These were the ten neighborhoods in Los Angeles County with the largest percentage of Asian residents, according to the 2000 census:[21]

Edison International, the international family of companies providing electric services, is headquartered in the city.[25]Southern California Edison serves Rosemead, as well as much of Southern California.[26] The University of the West moved from its location from Hsi Lai Temple in Hacienda Heights to its current location in Rosemead in 1996 and is one of the first Buddhist funded universities in the United States. The Rosemead School of Psychology, which is now located with Biola University in La Mirada, was named after its original location in Rosemead and was the first independent professional school of psychology in the nation to be accredited by regional accrediting association.[27] The Chinese cuisine fast food chain Panda Restaurant Group is headquartered in Rosemead.[28] The Chinese-Vietnamese Sriracha red chili sauce (known to many as Rooster sauce) manufacturer Huy Fong Foods, Inc. () is also based in the city.[29] The sauce is now being made at Huy Fong's plant in neighboring Irwindale.

According to the City's 2014 Comprehensive Annual Financial Report,[30] the top employers in the city are:

Controversies over the development of a Wal-Mart Super-center, in a residential section in the southern portion of the city, had been bitterly longstanding. After some political maneuvering, it opened on September 13, 2006. A recall election to remove two council members that supported the Wal-Mart, Jay Imperial and Gary Taylor, was held on September 19, 2006. The voters defeated the recall in a 60 to 40 percent majority vote. However, in the general elections that followed shortly thereafter on March 6, 2007, Polly Low defeated incumbent and former recall target, Jay Imperial, garnering the highest vote count among the five candidates vying for the two open seats on the council.

Elections for the four year terms are held every two years in the odd-numbered years. The Council elects from its membership a Mayor to serve as its presiding officer for a one-year term. Margaret Clark, Steven Ly, and Sandra Armenta, swept the election in March 2009. In March 2011, Gary Taylor, who sat on the City Council for 37 years,[31] retired after serving his fourth term as mayor,[32] At That time, Steven Ly then became mayor and Sandra Armenta, mayor pro tem. Polly Low was re-elected and William Alarcon, formerly of the Rosemead Planning Commission, came on board as for a second term as city councilman. In 2013 Margaret Clark, Steven Ly, and Sandra Armenta, again swept the election on March 5, 2013.[33] Rosemead's City Council elections take place on a first Tuesday after the first Monday in March of odd-numbered years. The city recently cancelled its March 2017 City Council election due to the fact that there were not enough challengers to compete against the incumbents.

University of the West has been located in Rosemead since 1996. UWest is Rosemead's only Western Association of Schools and Colleges accredited campus.

The Dinsmoor Heritage House is a bijou museum that houses, preserves and displays a showcase of the colorful and rich history of the City of Rosemead. Once a private home, it was built in the late 1920s by Adelberrt Dinsmoor, son of one of Rosemead's pioneers, Raphael Dinsmoor. Currently closed to undergoing refurbishing, it will again conduct monthly tours and host a variety of special events when completed. It is located at 9642 Steele Street.[45]

The Marinelli Stadium, named in memory of Rod Marinelli, formerly the head coach of the Detroit Lions, is located at Rosemead High School. "Rod Marinelli Stadium" appears in lights above the scoreboard and an encrypted bronze marker is placed at the southern edge of the field on a large stone.[46]

There are two community centers in Rosemead that offer multi-purpose facilities for a large variety of occasions as well as senior activities, adult education programs, youth and adult classes, as well as two preschools.[45]

The city has completed a complete renovation, from the ground up, at both city aquatic centers. Rosemead Aquatic Center, located in Rosemead Park, features swim, water polo and diving facilities as well as swim classes and recreation areas. Garvey Aquatic Center is now a state of the art recreational aquatic facility featuring water slides, interactive play areas and a lesson pool. Showers at both pools have been updated for resource efficiency. The city completed these plans on schedule for the summer of 2011.[47] Garvey Aquatic Center was funded entirely through a grant from the State of California. Rosemead Aquatic Center was funded by bond proceeds.[48]

Before the Civil War, many Southern families settled in El Monte, then called Lexington. The community of Rosemead, then called Savannah,[] is located adjacent to El Monte and is situated above the water table. The slightly elevated land made it the logical alternative as the burial site for residents of swampy Lexington. The first known burial was in 1846, five years before most of the settlers arrived. Today the 41/2 acre cemetery, with 200 plots remaining of its original 3,000, is privately owned by the El Monte Cemetery Association. When the City of Rosemead started to widen Valley Boulevard in the 1920s, construction crews unearthed dozens of corpses outside the fence of the cemetery. The majority of the skeletons were reburied in a mass grave inside the cemetery proper, but some were so deteriorated that the workers left them undisturbed and simply paved over them so that there are more graves scattered under Valley Boulevard and beneath adjacent area businesses. The area also was a Native American burial ground before the bodies of settlers filled the cemetery.[50] Savannah Pioneer Cemetery is located at the intersection of Mission Dr. and Valley Blvd.[51] It is reputed to be the oldest Protestant cemetery in Los Angeles County.[52] The El Monte Cemetery Association, incorporated in 1920, is responsible for the maintenance and upkeep of the cemetery. The association's funding comes from private donations and fundraising activities.[50]

A small portion of the Montebello Town Center is actually located within Rosemead city limits. It features major department stores, smaller shops and a small food court. The boundary line between Montebello and Rosemead runs through the eastern end of the shopping mall.[53] Policing is provided by the City of Montebello.

In light of the recent scandals involving neighboring towns, Rosemead has publicly posted its salary schedule for the city officials.

Rosemead community news are covered on the San Gabriel Valley Tribune which is a paid daily newspaper and Mid-Valley News and Rosemead Reader, which are community weeklies. 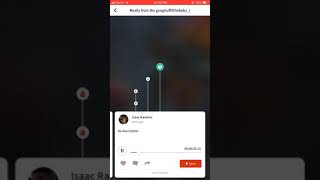 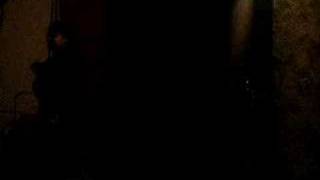 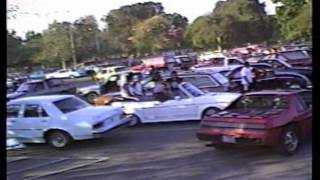 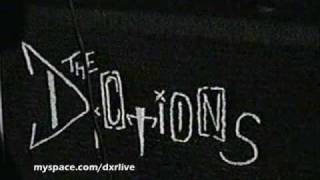 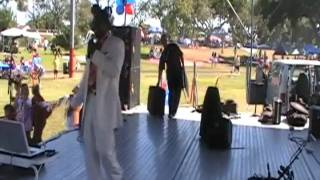 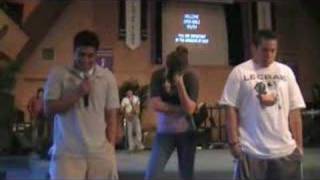 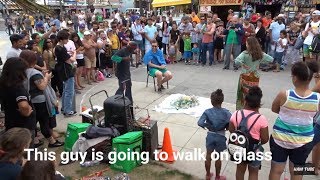 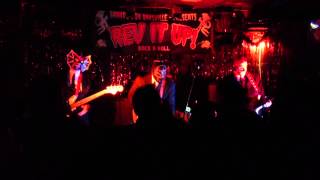 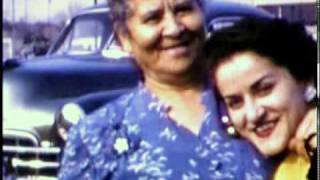 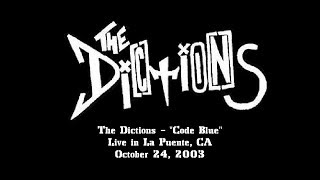 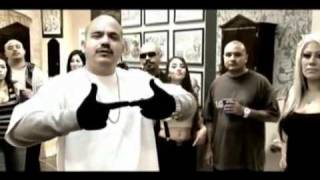 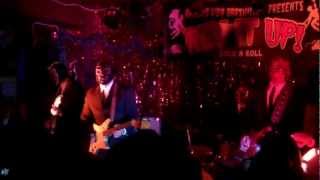 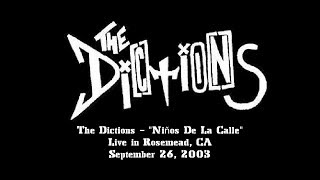 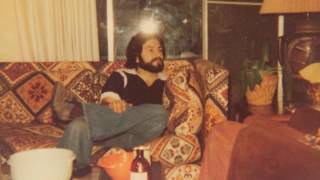 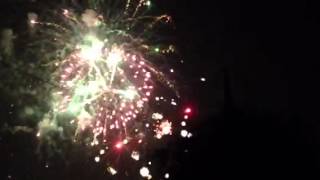 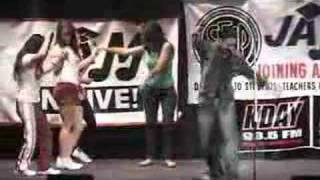 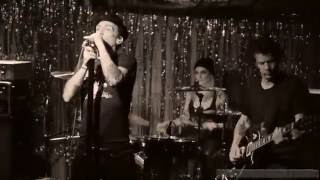 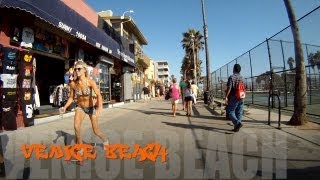