Rye is a small, coastal, suburban city in Westchester County, New York, United States. It is separate from the town of Rye, which has more land area than the city.[4] Rye city, formerly the village of Rye, was part of the town until it received its charter as a city in 1942, making it the youngest city in New York State. Some resources that track housing estimate that Rye's population is over 16,000.[5] Its population density for its 5.85 square miles of land is roughly 2,729.76/sq mi.[6]

Rye is notable for its waterfront which covers 60 percent of the city's six square miles and is governed by a waterfront act instituted in 1991.[7][8][9][10] Located in the city are two National Historic Landmarks: the Boston Post Road Historic District was designated a National Historic Landmark by the National Park Service in 1993; its centerpiece is the Jay Estate, the childhood home of John Jay, a Founding Father and the first Chief Justice of the United States.

Playland, a historic amusement park designated a National Historic Landmark in 1987 is also located in Rye. Playland features one of the oldest wooden roller coasters in the Northeast, the Dragon Coaster. Rye was at one time a part of Fairfield County, Connecticut, belonging to the Sachem Ponus, of the Ponus Wekuwuhm, Canaan Parish, and was probably named for that chieftain, "Peningoe Neck".[11]

Rye has a rich and varied history for such a small municipality. During the 19th and early 20th century it was a haven for wealthy Manhattanites who travelled by coach or boat to escape the city heat. Its location on Long Island Sound and numerous beaches also appealed to visitors with more moderate means who gravitated for short stays at cottages and waterfront hotels.

It has an extraordinary inventory of buildings with architectural distinction that help visually articulate specific neighborhoods and districts.[13]

Rye is "situated in the eastern part of central Westchester County on Long Island Sound. The western border of the City generally parallels Beaver Swamp Brook, while the eastern border is formed by Milton Harbor and the Sound. Blind Brook traverses the City from the northwest corner of Rye to Milton Harbor at the southern end." [13] The geology and hydrology of Rye is characterized by a significant quantity of rock, marshes and wetlands [7] which makes the city both desirably scenic but also challenging for developers.

According to Rye's 1985 Master Plan, "Rye contains a variety of environmentally significant areas. Numerous tidal and freshwater wetlands are found near the waterfront and brooks. The Milton Harbor area (including the Marshlands Conservancy and Rye Golf Club), Disbrow Park and the Manursing area contain the most extensive wetlands in the City. In addition, substantial areas near the Sound, Milton Harbor, Blind Brook and Beaver Swamp Brook are within the 100 year flood hazard area, and thus subject to potential flooding." [7] According to the City of Rye, "Considerable acreage of these important natural resources has been lost or impaired by draining, dredging, filling, excavating, building, polluting and other acts inconsistent with the natural uses of such areas. Remaining wetlands are in jeopardy of being lost, despoiled or impaired by such acts contrary to the public safety and welfare." As a result, the City has charged itself with the responsibility of "preventing the despoilation and destruction of wetlands and watercourses while taking into account varying ecological, economic, recreational and aesthetic values. Activities that may damage wetlands or watercourses should be located on upland sites in such a manner as not to degrade these systems." [15]

In 2017, Rye resident and then NY Senator George Latimer noted that wetlands maps for the area have not been updated in over 20 years [16]

Flooding has long been an issue in Rye as in other coastal towns. Three major weather events in just five years produced catastrophic damage in the town.

The City's response to these recurring hazards was to apply for funding through the NY Rising Community Reconstruction Program.c Rye received $3,000,000 to safeguard the city against future flooding threats, upgrade its infrastructure for resiliency, identify stormwater mitigation solutions, and protect historic buildings and natural wetlands.[21][22]

The City's Master Plan was last updated in 1985 with an expectation that it would be updated again in 2000. Failure to update the Master Plan has produced concerns from residents about unrestricted development, flooding, higher than expected volume of teardowns and numerous other negative impacts on community life.[23][24] Previous Master plans were created in 1929, 1945 and 1963.

Rye is home to: Of the more than 2600 National Historic Landmark (NHL) sites in the country, Rye has two: the Boston Post Road Historic District and Playland Amusement Park [13]

Includes 5 historically significant parcels; much of the land was originally the ancestral home of American Founding Father John Jay. It is where he grew up and where he is buried. The wooden Dragon Coaster is a signature component of Playland Amusement Park, a National Historic Landmark that dates back to 1927.

This 279-acre theme park is owned and operated by Westchester County and includes rides, games, an indoor skating rink or Ice Casino, beach, a boardwalk, and concession stands. It is one of only two amusement parks in the country with National Historic Landmark status, the other one being Kennywood in Pennsylvania. It has been a popular destination since it first opened in 1928. Its wooden roller coaster, the Dragon Coaster, built in 1929, is one of the last roller coaster rides built by engineer Frederick Church that is still operating.[32] The Derby Racer, also built by Church, is one of only three rides of its kind remaining in the world. Glenn Close's and Ellen Latzen's characters ride the roller coaster in the 1980s thriller film, Fatal Attraction. Airplane Coaster, Church's most acclaimed coaster, was removed in 1957.[33] Playland is also the setting for several key scenes in the 1988 comedy film Big, starring Tom Hanks Of the more than 88,000 sites in the country that that are listed on the National Register of Historic Places (NRHP), Rye has 8.[13]

Of note are two 200 plus year old milestones labeled 24 and 25 on the Boston Post Road, oldest thoroughfare in the United States.[] The concept of mile markers to measure the distance from New York City was originated in 1763 by Benjamin Franklin during his term as Postmaster General. These sandstone markers likely date from 1802 when the Westchester Turnpike was configured.

Rye is also home to a rare 1938 WPA mural by realist Guy Pene du Bois which is located within the city's Post Office lobby and titled John Jay at His Home.

Rye is home to two of the 13 sites on the African American Heritage Trail of Westchester County- The Rye African-American Cemetery and the Jay Estate. Rye has over 454 acres of green open space with multiple types of usage from active to passive recreation including walking, hiking, bird-watching and dog walking.[13] It is also a significant coastal community. In 1991, the City of Rye authored a Local Waterfront Revitalization Program (LWRP) to provide clear guidance for addressing future water conservation and preservation issues [7]

Rye has numerous private country clubs, many of which were formed in the late 19th and early 20th century. The combined acreage of these clubs affords members and guests over 993 acres of recreation.[44]

Access to recreation in Rye is plentiful with numerous public, private and shared sports facilities from tennis, to ice hockey to boating.

Other recreation facilities owned by city

Recreation facilities not owned by city

Rye Middle School and Rye High School are part of the same campus, and the two buildings connect.

The Greenhaven and The Preserve at Rye neighborhoods of the City of Rye are served by the Rye Neck School District. Rye Neck High School and Middle School are on one campus also located partially in the City of Rye.

Rye High School has been named a Gold Medal school and the 61st-best high school in the U.S., ninth-best in New York state, and best in New York state if test-in schools are disregarded, according to U.S. News & World Reports 2013 "Best High Schools". The annual Rye-Harrison football game has been played for more than 80 years and is a top high school football rivalry in Westchester County.

Rye schools were recently ranked #18 in New York State with "A" ratings in all aspects except diversity.[48] The City of Rye police department has 36 sworn-in officers police officers and about six auxiliary police officers. They operate a fleet of Ford Crown Victorias, Chevrolet Tahoes, and one military-surplus truck used for emergency services. There is also one Toyota Prius for parking enforcement. The Rye Auxiliary Police is an all-volunteer force that provides assistance when needed. The Westchester County Police also patrols several areas of Rye, such as Playland Park, and The Marshlands. New York State Police patrols Interstate 95 and 287 while the MTA Police patrols the Rye Train station and property within the Metro North right-of-way.

The City of Rye Fire Department is a combination department consisting of 100 volunteer firefighters (only 20 active) and 21 career firefighters of which 4-5 are on duty at all times. The department has two fire stations and man three engines, two ladders, two utility units, and two command vehicles. The Rye Fire Department responds to approximately 1,000 emergency calls annually and does not respond to medical calls.

Emergency medical service is provided by Port Chester-Rye-Rye Brook EMS at the Advanced Life Support Level (ALS). They are a combination agency with 50 members (30 paid EMTs, 15 paramedics and five volunteers). They operate up to five ALS ambulances and three paramedic flycars from their station in Port Chester and responds to over 5,000 calls a year between Port Chester, Rye and Rye Brook.

In 2010, spurred by disastrous flooding events in 2007 and other environmental concerns, the Rye Sustainability Committee (RSC) was formed and tasked with creating a plan to inform best environmental and land stewardship practices for the city. A sustainability plan was formally adopted in December 2013 [54] 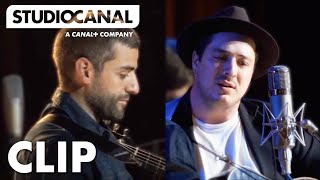 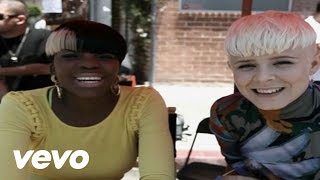 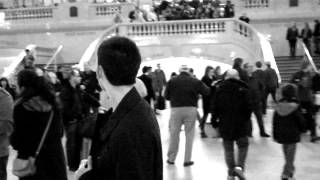 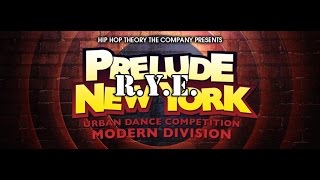 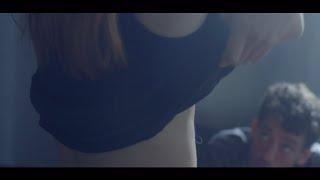 Act II Scene 8: Have some rye. Saved it all the way from Honolulu (Sadie, Davidson)
Watch   Add to List   Share 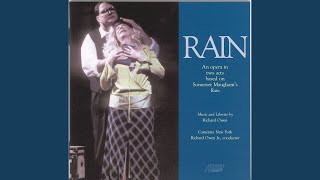 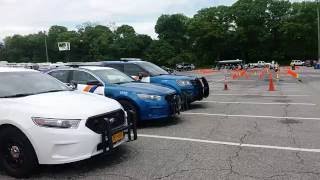 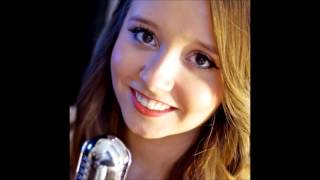 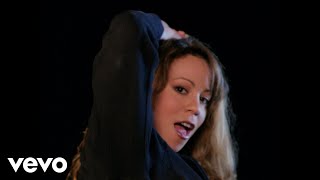 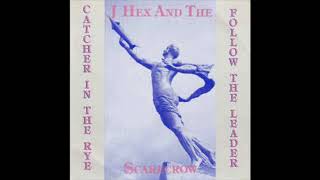 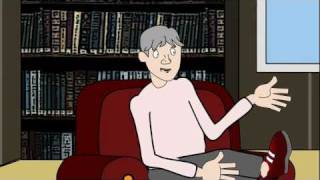 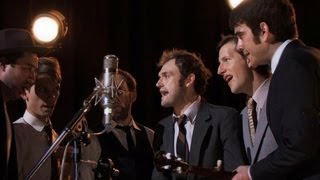 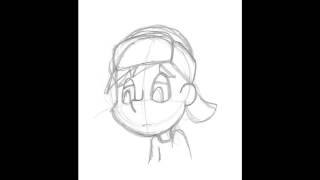 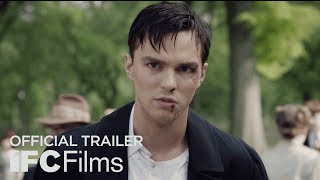 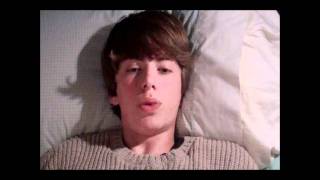 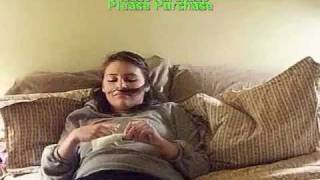 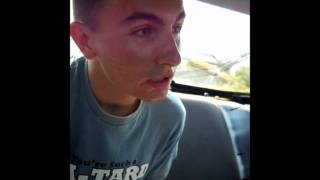