In background, the bridge linking Louisiana and Texas over the Toledo Bend Reservoir of the Sabine River west of Many

Sabine was one of five parishes created in as many weeks by the Louisiana State Legislature March 27, 1843.[3] It was created from Natchitoches Parish with the Sabine River as the international boundary between the United States and the Republic of Texas as the western boundary.

The area, inhabited first by the Adais (Brushwood) Indians of the Caddo Confederacy, was first under Spanish rule, then French, English, Spanish again, and French when Napoleon sold it to the United States in the Louisiana Purchase of 1803.

Boundary disputes followed the purchase. The United States claimed the Sabine River as the border and Spain claimed a line farther east in Louisiana along Arroyo Hondo, a tributary of the Red River. The Neutral Ground Treaty was affected in 1806, declaring the area "Sabine Free State," a demilitarized zone, which became the neutral strip for outlaws, desperadoes, criminals and filibusters. The strip extended, roughly, from Sabine River east to the Calcasieu River, Bayous Kisatchie and Don Manuel, Lac Terre Noir and the Arroyo Hondo. Both nations claimed ownership but neither exercised control. English speaking settlers from the older eastern states began moving into the section during the westward expansion years before the boundary was established. They settled on Spanish grants known as Rio Hondo claims. One of the earliest settlers was Thomas Arthur, who filed a claim for 640 acres (2.6 km2) on Negreet Creek.

In 1819, Spain abandoned all claims to land east of the Sabine River and the United States moved in to establish law and order. Great caravans of home seekers marched over the old highways and many of them settled in present-day Sabine Parish. In the years that followed, small settlements began to make their appearances throughout the parish. Possibly the earliest of these was Negreet, founded in 1822, in the southern part of the parish where Christopher Anthony located on Bayou Negreet. Other settlements were Toro, in the extreme south, 1827, and Noble, in the north portion, dating back to the 1830s. Fort Jesup was founded in 1822 by Lieutenant Colonel Zachary Taylor who later became the 12th President of the United States. Taylor's troops managed to establish law and order in this Neutral Ground. Fort Jesup has served as a vital part of Sabine Parish over the years and can be enjoyed by visitors today. It was an important frontier post until the annexation of Texas in 1845 and the focal point of the American expansionist movement.

The two main highways of the southwest traversed the Neutral Strip and ran about four miles (6 km) apart in the vicinity of Many. The San Antonio Trace and El Camino Real extended from Natchitoches Parish westward directly across Sabine Parish into East Texas. Since El Camino Real was older and better known, a number of farmers and villages settled along it. Philip Nolan's Trace crossed the Red River above Alexandria and ran through the Kisatchie country to join El Camino Real near the Sabine River crossing.[4]

The parish was created at a time when America had entered upon a new era of progress. A government survey in 1831 laid out the Sabine area in townships and sections and this, together with the clearing of the Red River "raft" by Henry Miller Shreve, in 1838, opened the Red River to steamboat traffic and gave impetus to the colonization of the area. Steamboats began running on the Sabine River in 1830, and by 1850 heavy traffic was carried on the Sabine. Popular landing points were Columbus, East Pendleton and Carter's Ferry. About three miles (5 km) south of Pendleton was the large and flourishing river port of Sabine Town. The influx of settlers reached its zenith just prior to the American Civil War.

Sabine Parish was one of the five parishes created in as many weeks by the state legislature in 1843 during the administration of Governor Alexander Mouton. The parish was created from Natchitoches Parish on March 7, 1843. Since Texas was an independent republic, the Sabine River constituted an international border.

Less than one month later the parish was given several additional townships when legislators defined lines of its northern neighbor, DeSoto Parish. One half township from Natchitoches, originally intended to be part of Sabine was added in 1854. In 1871, a considerable portion of the southern half of Sabine Parish was removed with the establishment of Vernon Parish. Since then the parish boundaries have remained unchanged.[4]

Act 46 creating the parish specified that the seat of government should be named Many in honor of Col. John B. Many, commandant at Fort Jesup, then the most important settlement in the parish. Many was on the Natchitoches San Antonio Road, or El Camino Real, which carried traffic into Texas.

On May 17, 1843, Judge W. R. D. Speight, who was parish judge, I. W. Eason, Samuel S. Eason and G. W. Thompson purchased and gave to Sabine Parish 40 acres (160,000 m2) of land. Immediately some thirty citizens petitioned the police jury to lay out the town on the land, sell lots and make arrangements for the erection of public buildings. The police jury planned a courthouse and jail, raising the construction money with the sale of the lots.

The first house was erected by John Baldwin, who operated a store and used his home as a tavern. He was also the first postmaster of Many. The first settler was Williams Mains, who came to the area in 1830. The first cotton gin was built in the early 1850s, and the first census showed Sabine had a population of 3,347 whites and 1,168 slaves.[4]

During the Civil War, Sabine Parish provided considerable support for units formed in the parish. Historian John D. Winters in The Civil War in Louisiana (1963), describes Sabine as "a poor piney-hill parish [which] met earlier obligations to her men by voting funds for the Sabine Rifles, Sabine Rebels, Sabine Volunteers, and Jordan's Company, and sent $500 to another company already departed for the front.[5]

Sabine Parish was the scene of the last major engagement in Louisiana, which was fought April 9, 1864, at old Pleasant Hill and along the Sabine-DeSoto Parish line. The battle took place the following day after the Confederate victory at Mansfield. The action forced the withdrawal of Federal troops along the Shreveport-Natchitoches road, which cut across the northeast section of the parish.

These clashes were regarded as vitally important. Although, they did not affect the ultimate outcome of the war, they frustrated the attempt by Union forces to capture Shreveport and split Texas from the rest of the Confederacy.[4]

Among the Confederate officers from Sabine Parish was Christopher Columbus Nash, who was a prisoner of war at Johnson's Island in Ohio. Nash later, as the sheriff of Grant Parish, crushed the Colfax Riot of 1873 and established the first chapter of the White League in 1874.[6]

Following the war the steamboat gave way to the railroad. The Texas-Pacific was completed in 1882 between Shreveport and New Orleans realizing how important a railroad was to a town, Pleasant Hill moved itself out of DeSoto Parish to the railroad which was two miles (3 km) away in Sabine Parish. The construction of the Kansas City Southern Railroad through the parish in 1896 led to the founding of the towns of Converse, Zwolle, Fisher and Florien.

The area was mainly agriculture until the railroads brought lumbermen, who set up sawmills to convert the trees that blanketed the state into lumber to satisfy a worldwide demand for longleaf virgin pine. Three decades later the forest acres were barren and a great many sawmills, including Gandy and Peason moved out. Reforestation was innovated in the early 1940s and pulp and paper mills bought the thinnings. The payoff was the development of Southern Pine plywood and the opening of Vancouver Plywood, Inc., the first plywood mill in the state, in Florien.

Reforestation lagniappe was the creation of Hodges Gardens in the 1950s, which opened a brand new industry. That was tourism, which was augmented with the completion of Toledo Bend Reservoir in 1968.[4]

The largest military maneuvers ever held in the United States were staged in and around Sabine Parish in May 1940. These army maneuvers in the Sabine River area brought the possibility of war very close as 40,000 officers and men of the Blue Army defended the Sabine River from 30,000 invading Red troops. Soldiers from thirty-three states took part in the games, which covered 10,000 square miles (26,000 km2) of cut over pinelands, hills, rivers, and valleys between Alexandria and Nacogdoches, Texas.

Following the discovery of oil in 1928, crude oil and natural gas joined timber as leading natural resources until about 1934 when oil experienced a natural decline. Oil was not a major economic factor again until new reserves were brought in near Many in the 1950s. Its 1,008 square miles (2,610 km2) contains some of the finest timber in the world. In addition, Sabine Parish is rich in other natural resources.[4]

In January 2014, the ACLU filed suit against the Sabine Parish School Board, Superintendent Sara Ebarb, Principal Gene Wright and teacher Rita Roark of Negreet High School, alleging officials at one of its schools harassed a sixth-grader because of his Buddhist faith and that the district routinely pushes Christian beliefs upon their students.[7][8][9][10] The court swiftly ruled against the school board.[11][12]

Sabine Parish is the home of the popular Hodges Gardens, Park and Wilderness Area near Many. Built privately in the 1950s, the gardens will come under the management of the State of Louisiana in 2007. The naturalist Caroline Dormon helped to lay out the park.

Toledo Bend Reservoir was constructed in the middle 1960s to provide power and recreation to the Louisiana/Texas border at the Sabine River. 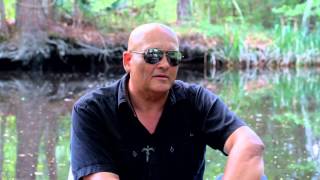 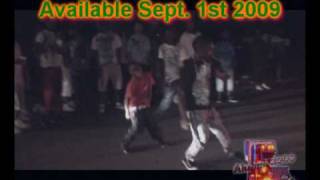 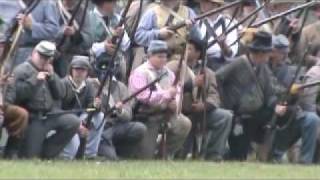 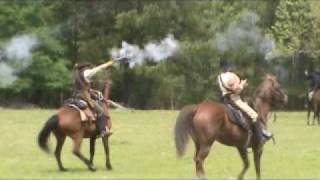 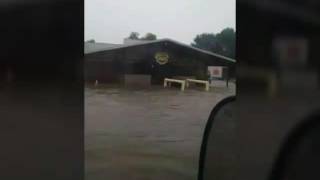 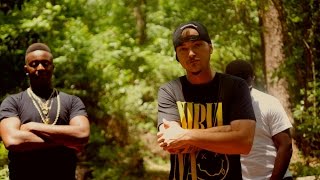 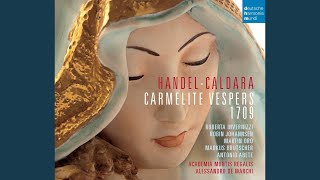 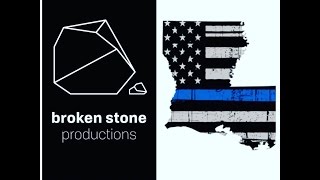 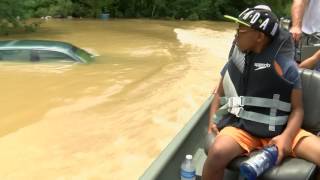 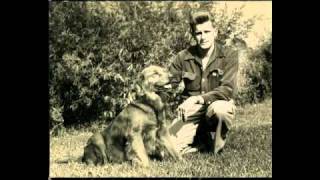 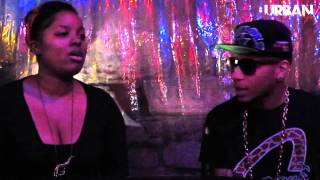 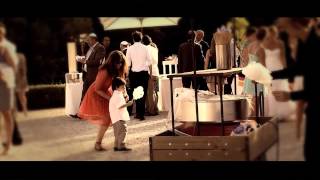 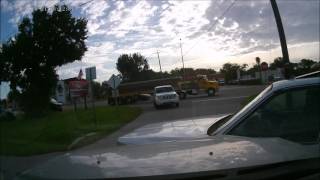 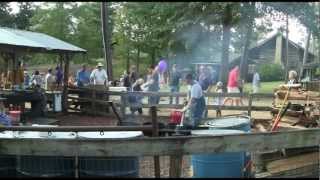