Salina is a city in and the county seat of Saline County, Kansas, United States.[1] As of the 2010 census[update], the city population was 47,707.[7] Located in one of the world's largest wheat-producing areas, Salina is a regional trade center for north-central Kansas. It is home to multiple colleges.

Prior to European colonization of the area, the site of Salina was located within the territory of the Kansa people.[8] Claimed first by France as part of Louisiana and later acquired by the United States with the Louisiana Purchase in 1803, it was within the area organized by the U.S. as Kansas Territory in 1854.[9][10] In 1856, a colony led by Preston B. Plumb established the first American settlement near the site at a location on the Saline River.[11]

Settlers led by journalist and lawyer William A. Phillips founded Salina in 1858. During the following two years, the territorial legislature chartered the town company, organized the surrounding area as Saline County, and named Salina the county seat. The westernmost town on the Smoky Hill Trail, Salina established itself as a trading post for westbound immigrants, prospectors bound for Pikes Peak, and area American Indian tribes. The town's growth halted with the outbreak of the American Civil War when much of the male population left to join the U.S. Army.[12]

In 1862, local residents fended off American Indian raiders only to fall victim to a second assault by bushwhackers later that year.[12] In May and June 1864, the Salina Stockade was built to protect the town against further Indian raids. The building inside the stockade was remodeled and in September 1864 was opened as Salina's first public school. The school term ran until March 1865. The use of the building probably continued until at least June 1865.[13][14] Troops were garrisoned in Salina until March 1865, and some may have returned in June 1865. Growth returned with the soldiers after the war, and the town expanded rapidly with the arrival of the Kansas Pacific Railway in 1867. Salina incorporated as a city in 1870.[12][15] The cattle trade arrived in 1872, transforming Salina into a cowtown. The trade brought the city further prosperity, but also a rowdy culture that agitated local residents. The cattle trade relocated westward just two years later.[16] During the 1870s, wheat became the dominant crop in the area, steam-powered flour mills were built, and agriculture became the engine of the local economy. In 1874, Salina resident E. R. Switzer introduced alfalfa to area farmers, and its cultivation spread throughout the state. By 1880, the city had become an area industrial center with several mills, a carriage and wagon factory, and a farm implement works.[17] Salina was the location of the original garment factory of jeans maker Lee, which opened in 1889.[18] Over the following decade, three railroads were built through the city.[17] The success of the wholesale and milling industries drove Salina's growth into the early 1900s such that, at one point, it was the third-largest producer in the state and the sixth-largest in the United States.[11]

In 1943, the U.S. Army established Smoky Hill Army Airfield southwest of the city. The installation served as a base for strategic bomber units throughout World War II. Renamed Smoky Hill Air Force Base in 1948, the base closed the following year only to be reopened in 1951 as Schilling Air Force Base, part of the Strategic Air Command.[19] The re-opening of the base triggered an economic boom in Salina, causing the city's population to increase by nearly two-thirds during the 1950s.[11] The U.S. Department of Defense closed the base permanently in 1965, but the city of Salina acquired it and converted it into Salina Municipal Airport and an industrial park.[19] This led to substantial industrial development, attracting firms such as Beechcraft, and made manufacturing a primary driver of the local economy.[20]

Today, Salina remains a center of trade, transportation, and industry in north-central Kansas.[11]

Salina lies in the transition area between North America's humid subtropical (Köppen Cfa) and humid continental climate (Köppen Dfa) zones. Consequently, summers in Salina are typically hot and humid, and winters are typically cold and dry.[26] On average, January is the coldest month, July is the hottest month, and May is the month with the greatest precipitation.[27]

As is common in the region, Salina is prone to severe thunderstorms which may produce damaging winds, hail, and tornadoes. On June 21, 1969, an F3 tornado struck the southern part of the city, severely damaging or destroying more than 100 homes and businesses and injuring 60 people.[28] On September 25, 1973, a second F3 tornado passed through the southeast part of town, injuring six people and destroying two houses and a trailer park.[29] On June 11, 2008, another EF3 tornado passed on the south side of the town, severely damaging several buildings.[30]

Salina is the anchor city of the Salina Micropolitan Statistical Area which includes all of Saline and Ottawa counties.[36]

Salina was the location of the first garment factory for Lee Jeans, which opened in 1889.[18]

Manufacturing, education, health and social services are the predominant industries in Salina.[38] Agricultural transportation is also a major industry.[38] Major employers in the city include these: Tony's Pizza, a Schwan Food Company brand, has operations in Salina to produce frozen pizzas and food for school cafeterias and other institutions;[39]Philips Lighting, a manufacturer of lighting;[40]Exide Battery, a storage battery manufacturer;[41]Great Plains Manufacturing, a farm equipment manufacturer;[42]ElDorado National, a commercial bus manufacturer;[43] and Asurion, an insurance provider.

As of 2010[update], 71.0% of the population over the age of 16 was in the labor force. 0.4% was in the armed forces, and 70.6% was in the civilian labor force with 66.9% being employed and 3.7% unemployed. The composition, by occupation, of the employed civilian labor force was: 27.2% in management, business, science, and arts; 25.4% in sales and office occupations; 19.4% in service occupations; 9.9% in natural resources, construction, and maintenance; 18.2% in production, transportation, and material moving. The three industries employing the largest percentages of the working civilian labor force were: educational services, health care, and social assistance (21.2%); manufacturing (17.8%); and retail trade (13.1%).[7]

According to Salina's 2014 Comprehensive Annual Financial Report,[45] these are the city's top employers:

Salina is a city of the first class with a commission-manager form of government which it adopted in 1921.[46][47] The city commission consists of five members elected at large, one of whom the commission annually selects to serve as mayor. Commission candidates who receive the most and second-most votes are elected for a four-year term; the candidate who receives the third most votes is elected for a two-year term.[47] The commission sets policy and appoints the city manager, who serves as the chief executive, responsible for administering the city government and appointing all city employees.[48]

The Salina Fire department operates four stations inside the city.[]

As the county seat, Salina is the administrative center of Saline County. The county courthouse is located downtown, and all departments of the county government base their operations in the city.[49]

Salina lies within Kansas's 1st U.S. Congressional District. For the purposes of representation in the Kansas Legislature, the city is located in the 24th district of the Kansas Senate and the 69th, 71st, and 108th districts of the Kansas House of Representatives.[46]

There private schools in Salina are:[44]

Interstate 70 and U.S. Route 40 run concurrently east-west north of Salina. Interstate 135 and U.S. Route 81 run concurrently north-south along the west side of the city. The I-70/I-135 interchange northwest of the city is the northern terminus of I-135.[58]K-140, which approaches Salina from the southwest, formally ends at its interchange with I-135 before entering the city as State Street. North of Salina, the city's main north-south thoroughfare, Ninth Street, becomes K-143 at its interchange with I-70.[24]

Salina Municipal Airport is located southwest of the city.[62] Used primarily for general aviation, it hosts one commercial airline United Express with flights to Chicago O'Hare and Denver International Airport.

Union Pacific Railroad operates one freight rail line through Salina. Its Kansas Pacific (KP) Line runs northeast-southwest through the northern part of the city.[24][63] Salina is also the southeastern terminus of the Salina Subdivision of the Kansas and Oklahoma Railroad.[64]

The Salina Journal is the local newspaper, published daily.[68]

Salina is a center of broadcast media for north-central Kansas. Three AM and 13 FM radio stations are licensed to and/or broadcast from the city.[69] Salina is in the Wichita-Hutchinson television market, and five television stations broadcast from the city.[70][71] These include two independent stations as well as ABC, Fox, and NBC affiliates which are satellites of their respective affiliates in Wichita.[72][73] Salina is also home to the only Public, educational, and government access (PEG) cable TV channels in the state. Cox Communications is the main cable system serving the city, and customers can see local programming and create their own programming to be shown on channels 20 and 21.[]

The city holds several community events throughout the year.[74] Each June, the Salina Arts & Humanities department holds the Smoky Hill River Festival. Held in Oakdale Park and lasting three and a half days, the Festival includes arts and crafts shows, music concerts, games, and other activities.[75] Originally held as a downtown street parade in 1976 to celebrate the United States Bicentennial, the festival proved popular enough for the city to hold it every year.[76] To celebrate Independence Day, the city puts on its All American Fourth and Play Day in the Park which includes children's games, music, and dance performances in Oakdale Park.[77] The Smoky Hill Museum Street Fair takes place in September and includes a parade, a chili cook-off, and historic demonstrations.[78] In November, downtown Salina hosts the city's Christmas Festival which includes a 5k run, a mile walk, live music, dance performances, children's entertainment and the Parade of Lights, a parade of floats decorated with Christmas lights.[79]

The city's private organizations host several annual expos, fairs, trade shows, and various other events. Several of these pertain to area agriculture including the Chamber of Commerce's Mid-America Farm Expo in March, the Discover Salina Naturally Festival in May, the 4-H Tri-Rivers Fair and Rodeo in August, and The Land Institute's Prairie Festival in September. Other annual events held in the city include the Home Builders Associations of Salina's Home and Leisure Show in February, the ISIS Shrine Circus and Saline County Mounted Patrol Rodeo in April, the Smoky Hill Sportsman Expo in August, Blue Heaven Studios' Blues Masters at the Crossroads festival in October, and the Prairie Longrifles Wild West Trade Show in December as well as several car shows and high school sports events.[74][80]

The Rolling Hills Wildlife Adventure is a public zoo and wildlife park located 6 miles (9.7 km) west of the city near Hedville.[83] In addition to its animal exhibits, the zoo includes a wildlife museum.[84]

Indian Rock is the tallest point in the Salina area and is home to a park and several hiking trails.[]

Salina Community Theatre (SCT) is a regionally acclaimed theater, producing seven seasonal shows and three summer shows every year. Productions range from the contemporary, such as ABBA's "Mamma Mia!" and Disney's "Newsies", to classics such as "Miracle on 34th Street".[85]

There are more than 70 Christian churches in and around Salina[86][87] including the cathedral of the Roman Catholic Diocese of Salina (Sacred Heart Cathedral) and the cathedral of the Episcopal Diocese of Western Kansas (Christ Cathedral).[88][89] The Roman Catholic Diocese has its regional administrative offices in Salina[90] as do the Presbytery of Northern Kansas[91] and the Salina District of the United Methodist Church which is based at Kansas Wesleyan University.[92]

A Buddhist temple is located northwest of the city.[93] 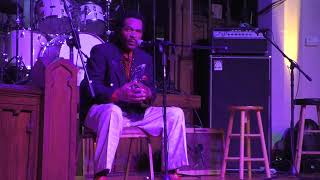 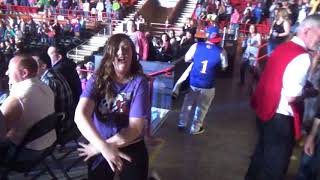 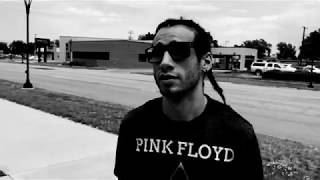 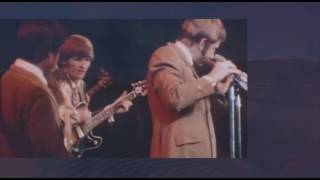 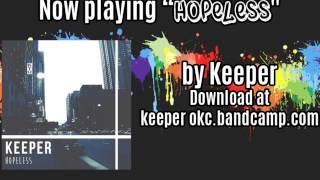 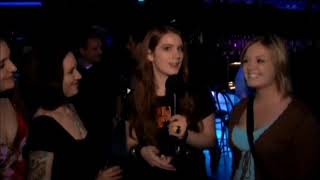 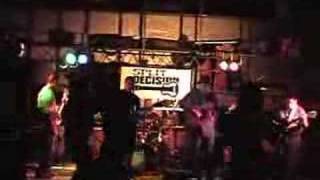 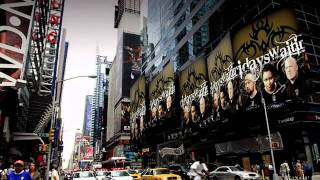 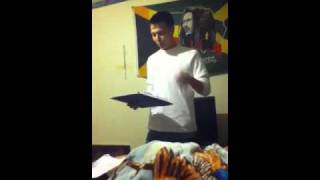 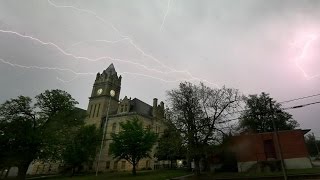 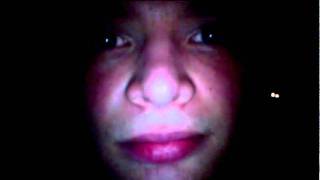 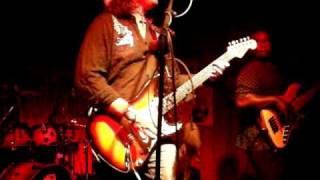 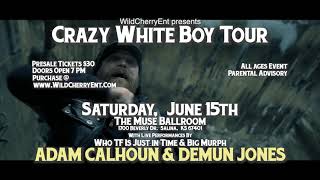 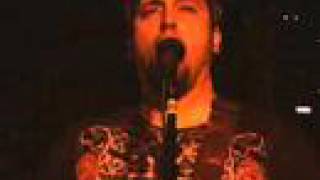 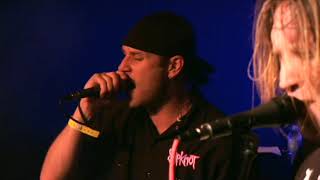 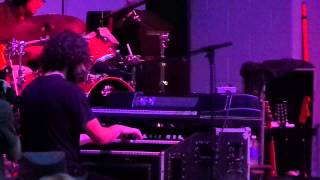 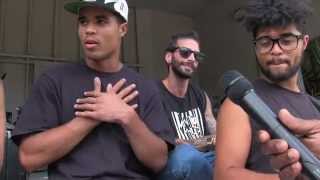 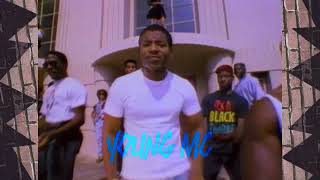 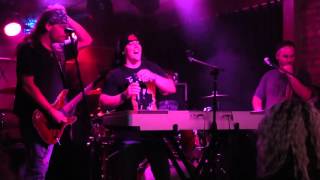 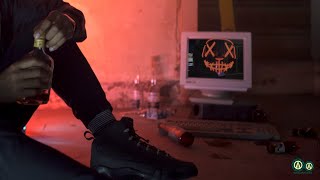