Salisbury is a city in and the county seat of Wicomico County, Maryland, United States,[7] and the largest city in the state's Eastern Shore region. The population was 30,343 at the 2010 census. Salisbury is the principal city of the Salisbury, Maryland-Delaware Metropolitan Statistical Area. The city is the commercial hub of the Delmarva Peninsula, which was long devoted to agriculture and had a southern culture. It calls itself "The Comfortable Side of Coastal".[1]

Salisbury's location at the head of Wicomico River was a major factor in growth. At first, it was a small colonial outpost set up by Lord Baltimore.

Salisbury's location at the head of the Wicomico River was seen to be a convenient location for trading purposes. Due to the similar physical attributes as well as the nationality of Salisbury's founders, many historians believe that the name was inspired by the City of Salisbury, England, an ancient cathedral city.

Salisbury also had a role in the Civil War, as it served as a location where Union forces encamped in order to search for sympathizers from the South. These Union forces also worked to inhibit the movement of contraband to Confederate forces in the South.

Disaster struck Salisbury in both 1860 and 1886, as fires burned through two-thirds of the Town. Although met with adversity, the resolve of the people of Salisbury was unshaken as the county in which Salisbury was located in continued to grow, and Salisbury was considered to be the heart, or major town, of the county.

In 1867, when the Wicomico County was formed out of parts of both Somerset and Worcester Counties, Salisbury became the government seat.

Today, Salisbury attracts a wide variety of different businesses in addition to the county, state, and federal government offices.[9]

Adding to the diversity of Salisbury, the City is host to a wide variety of events celebrating local culture and the arts. These events include 3rd Friday, an event held in downtown Salisbury on the third Friday of each month, celebrating local music, artists, and nonprofit organizations.

Salisbury is also home to a historical City Park,[10] the Salisbury Zoo, The Centre at Salisbury shopping mall, and the Wicomico Youth & Civic Center. Salisbury's location on the Atlantic Coastal Plain in Maryland gives it a humid subtropical climate, with hot, humid summers and, on average, cool to mild winters. The monthly daily average temperature ranges from 37.9 °F (3.3 °C) in January to 78.6 °F (25.9 °C) in July; there are 22 days of 90 °F (32 °C)+ highs annually and 5.6 days where the high fails to rise above freezing. On average, Salisbury annually receives 45.9 inches (1,170 mm) of precipitation, with 9.9 inches (25.1 cm) of snowfall. The Köppen climate classification subtype for this climate is "Cfa" (Humid Subtropical Climate).[12]

Salisbury is the principal city of the Salisbury, Maryland-Delaware Metropolitan Statistical Area, which consists of Somerset, Wicomico, and Worcester counties in Maryland and Sussex County in Delaware.[16]

There were 11,983 households of which 29.1% had children under the age of 18 living with them, 26.4% were married couples living together, 19.1% had a female householder with no husband present, 5.0% had a male householder with no wife present, and 49.6% were non-families. 32.5% of all households were made up of individuals and 12% had someone living alone who was 65 years of age or older. The average household size was 2.42 and the average family size was 3.04.

In December 1931, Salisbury was the site of a lynching of a black man.[18]Matthew Williams was accused of murdering his white employer, Daniel J. (DJ) Elliot, at his office on Lake Street. The authorities found D.J. Elliot dead at his desk, his son, James Elliot present, and Matthew Williams incapacitated by several gunshot wounds. After being taken to Peninsula General Hospital, a 300-man white mob threw Williams from a second-floor window to the crowd below, where he was stabbed, tied to a truck and dragged three blocks to the county court house. There they hanged him from a tree, before he had any chance of a trial. The mob paraded Williams' body through the black part of Salisbury for intimidation, and mutilated and burned him. It was the 32nd lynching in Maryland since 1882.[19] No one was prosecuted for Williams' killing, as was typical in lynchings.[19] As of 2007, there was no commemoration of the extrajudicial killing.[20][21]

Part One crimes consist of the more serious crimes, including shoplifting, burglary, assault, theft, and rape. The Salisbury Police Department has been focusing on police training and a combination of traditional and community policing.[23] Crime in 2019 was the lowest in the city's history, with the five safest years on record being 1986, 1996, 2016, 2018, and 2019.[24]

Salisbury is a municipality within Wicomico County. The form of government is strong-mayor, as defined by the City Charter. In this form, executive functions are vested in a popularly elected mayor who serves a four-year term; currently Jacob R. Day. The Mayor is the chief executive officer and the head of the administrative branch of the city government. In that roll, he is responsible for overseeing the various departments in the city, ensuring that the ordinances of the city are executed, providing an annual report on the financial condition and accomplishments of the city, appointing the heads of all departments and members of committees and commissions, prepare an annual budget, and supervise the City Administrator who manages day-to-day functions.[25] The City Administrator is the supervisor of all department heads, except the City Clerk and City Attorney.[26] The City Administrator may also perform all other tasks delegated by the Mayor. Legislative and oversight functions are the purview of the elected council.[27] The five council members are elected to four-year terms from the city's five districts. City elections are non-partisan. The council meets in regular session the second and fourth Monday of each month in Council Chambers. Council work sessions are held the first and third Monday of each month. The council also holds the ability to fill vacancies in the council or appoint an acting mayor when a vacancy occurs.[28]

There have been 28 Mayors of Salisbury, listed to the right.[29]

During times of extended absence, a Mayor may delegate the majority of their duties to the City Administrator, such in 2020 when Mayor Jacob Day was deployed to Africa as an information operations officer with the 110th Information Operations Battalion of the Maryland Army National Guard. Mayor Day said "City Administrator Julia Glanz will take over executive duties for the duration of the deployment".[30]

The City received the award for three projects:[32]

According to the US Conference of Mayors, the Salisbury MD-DE Metropolitan Statistical Area had the 7th fastest rate of job growth in the nation in 2016, with a 4.2% increase in employment.[34]

Perdue Farms, a multi-national poultry corporation, is headquartered in Salisbury. Other industries in Salisbury include healthcare, accommodation and foodservice, electronic component manufacturing, pharmaceuticals, shipbuilding, and agriculture.

Some of the major employers in Salisbury include: Salisbury University, Verizon, Peninsula Regional Medical Center, The Knowland Group and Pepsi Bottling of Delmarva. Peninsula Regional Medical Center employs more Salisbury residents than any other company, while Perdue Farms is the largest employer headquartered in Salisbury (with nearly 22,000 employees). The labor market for Wicomico County is 45,033[35] and for the lower shore three counties a total of 86,798 (as of May 2017).

Piedmont Airlines, a regional airline, is headquartered in unincorporated Wicomico County, on the grounds of Salisbury-Ocean City Wicomico Regional Airport near Salisbury.

Public schools are under the jurisdiction of Wicomico County Public Schools. Several private institutions maintain academic programs within the city. Delmarva Shorebirds' mascot, Sherman, in the seats of Perdue Stadium.

The Eastern Shore Baseball League was headquartered in Salisbury; two franchises--the Salisbury Cardinals and the Salisbury Indians--called the city home. Today, the Delmarva Shorebirds represent the town in the South Atlantic League. The Eastern Shore Baseball Hall of Fame is housed at the Arthur W. Perdue Stadium. The Shorebirds are a Single-A Affiliate of the Baltimore Orioles.

Salisbury is served by two major highways--U.S. Route 13, one of the major north-south routes of the Delmarva Peninsula, and U.S. Route 50, one of the major east-west routes on the peninsula. US 13 connects Salisbury to Dover, Delaware and Norfolk, Virginia and is known as the Ocean Highway, while US 50 serves as the main route between the Baltimore/Washington region and many of the major cities on Delmarva, including Ocean City; it is known as the Ocean Gateway. US 13 and US 50 originally passed through the central business district, but have been subsequently rerouted onto the Salisbury Bypass, a 3/4 beltway around the city that allows through traffic on US 13 and US 50 to bypass the downtown area; earlier routes of both highways are now U.S. Route 13 Business and U.S. Route 50 Business. Earlier still, US 13 was routed along Division Street and US 50 along Main Street.

The city is served by daily scheduled American Eagle service to both Philadelphia, Pennsylvania and Charlotte, North Carolina at the Wicomico Regional Airport. Additionally, the Port of Salisbury offers respite for recreational boaters and commercial tug boats.[67] Salisbury's navigable stop on the Wicomico River is the second largest and second busiest commercial port in Maryland.[68][69]

The city is also served by Shore Transit, which provides local bus service throughout the city, and also services points outside the city within the tri-county area, such as Ocean City's public transportation system. The major transfer point is on Calvert Street, in downtown Salisbury.[70]

Greyhound Lines provides intercity bus service to Salisbury from a bus stop at the Shore Transit Tri-County facility. From this stop, direct service is provided to various locations including the Port Authority Bus Terminal in New York City, Wilmington, Delaware, the Baltimore Greyhound Terminal in Baltimore, and Norfolk, Virginia.[71] BayRunner Shuttle offers shuttle service from the Baltimore-Washington International Airport and the BWI Rail Station to Salisbury.[72]Amtrak Thruway Motorcoach service is available via Greyhound Lines to Wilmington and BayRunner Shuttle to the BWI Rail Station.[73] 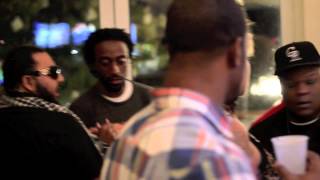 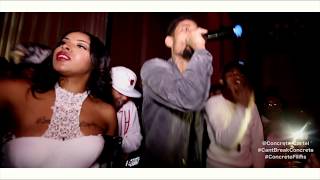 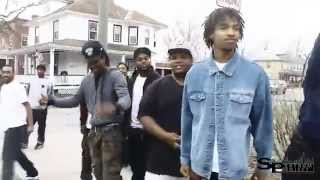 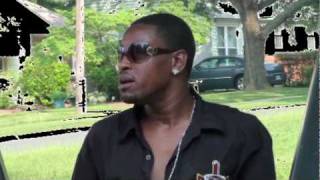 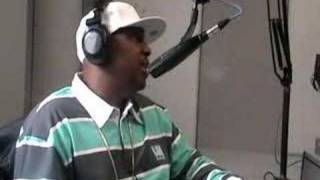 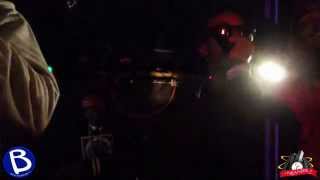 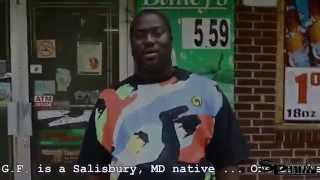 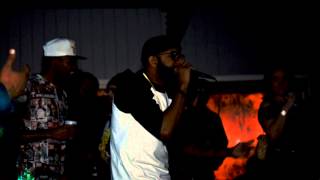 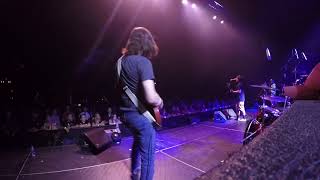 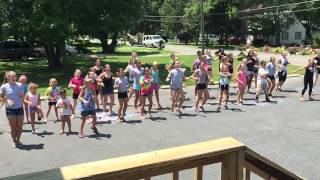 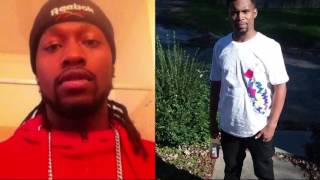 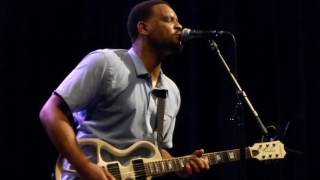 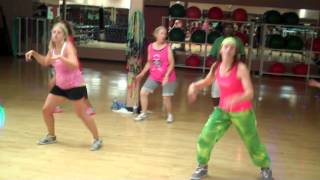 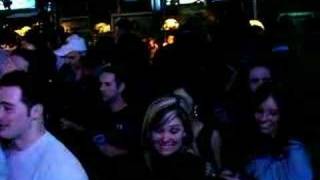 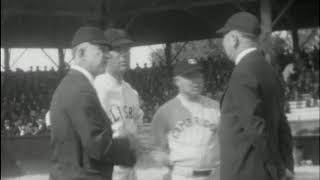