San Anselmo (Spanish for '"Saint Anselm"') is an incorporated town in Marin County, California, United States. San Anselmo is located 1.5 miles (2.4 km) west of San Rafael,[8] at an elevation of 46 feet (14 m).[6] It is located about 20 miles (32 km) north of San Francisco. The town is bordered by San Rafael to the east, Fairfax to the west, and Ross to the south. Mount Tamalpais dominates the view to the south. The population was 12,336 at the 2010 census.

The land in and around San Anselmo was mostly pastoral until 1874, when the North Pacific Coast Railroad (NPC) added to its line a spur track from San Anselmo to San Rafael. In 1875, the railroad completed a line from Sausalito to Tomales and north to Cazadero via San Anselmo. For a few years, the town was referred to on railroad maps as "Junction", but in 1883 the name San Anselmo came back into use. The San Anselmo post office opened in 1892.[8] Two postal substations were operated: Lansdale, from 1924 to 1962, and Yolanda, from 1924 to 1954.[8]

From 1902 until the early 1940s, San Anselmo was part of Marin's Northwestern Pacific (in 1907, investors formed the NWP) Electric Train system.[9][10][11] The Miracle Mile's and Center Boulevard's current "raised roadbed" were the railroad's right of way. Becoming unprofitable as a result of competition from the automobile and the opening of the Golden Gate Bridge, the railway was officially closed on March 1, 1941. The last of the major San Anselmo railroad station buildings was razed in 1963, according to the town's timeline.

The 1913 electric train schedule shows a commute time from San Anselmo to the Sausalito Ferry to the Ferry Building in San Francisco of a mere 58 minutes, including the 32-minute ferry transit.[12]

San Anselmo incorporated on April 9, 1907. Its name came from the Punta de Quintin land grant, which marked the valley as the Canada del Anselmo, or Valley of Anselm, Anselm being the name of a Native American who was buried in the area. San Anselmo was a silent film capital in the early 1900s. On March 12, 1974, San Anselmo officially became a town. In 1963, a cast iron statue of a deer affectionately known as "Sugarfoot" by locals was donated to the town by Joeseph Dondero. This statue still stands today and children enjoy riding on his back after trips to the library next door.

The town features in the song "Snow in San Anselmo" by Irish-born singer/songwriter Van Morrison, about an unusual bout of winter weather that occurred when he was living in Fairfax, near San Anselmo, in the 1970s.

San Anselmo's most prominent resident, movie director George Lucas, used some of the proceeds from his film American Graffiti to buy an old Victorian house in San Anselmo; his then-wife Marcia Lucas named it "Parkhouse."[13] Lucas worked on his Star Wars script for two and a half years, writing much of it at the back of his San Anselmo house in a room he shared with a gaudy Wurlitzer jukebox. In 1977, Lucas screened an early version of Star Wars, without completed special effects, at his San Anselmo home for a small group of Hollywood friends, including the producer Alan Ladd, Jr., directors Steven Spielberg, Brian DePalma, and Martin Scorsese, and screenwriters Jay Cocks, Willard Huyck, and Gloria Katz.[14]

All but a sliver of San Anselmo lies within the 28-square-mile (73 km2) Ross Valley Watershed that flows into San Francisco Bay. The principal waterway of the town's portion of the watershed is San Anselmo Creek, a branch of Corte Madera Creek. Two of San Anselmo Creek's tributaries, Sleepy Hollow Creek and Sorich Creek, also flow through the town, as do East Fork Creek and West Fork Creek, Sorich Creek's two tributaries.[16]

There are three main roads running through San Anselmo. Their junction is known locally as the Hub, which lies near the central business district. Sir Francis Drake Boulevard runs north from Ross, turns north-west at the Hub, and then proceeds west to Fairfax. Red Hill Avenue (also called "The Miracle Mile") runs west from San Rafael, after 4th Street and 3rd Street merge, and into the Hub where it becomes Center Boulevard. Center Boulevard runs northwest from the Hub to Fairfax and Sir Francis Drake parallels Center Boulevard to Fairfax, offset to the north.[17]

The town's natural skyline is dominated by the hills of Ross Valley. To the north are Red Hill and Grove Hill. To the southwest is Bald Hill. To the east is Moore Hill. In the distance to the south is Mount Tamalpais.[18][19]

A number of homes on the floodplain (called the "Flatlands" by the Town) as far back as at least 1920, have been built with raised foundations to accommodate the minor periodic floods.

Most of the downtown antique and boutique stores and restaurants, for which San Anselmo is well known, are along the banks of San Anselmo Creek.

The Census reported that 99.6% of the population lived in households and 0.4% lived in non-institutionalized group quarters.

There were 5,267 households out of which 30.2% had children under the age of 18 living with them, 48.5% were married couples living together, 8.7% had a female householder with no husband present, and 39.4% were non-families. 28.7% of all households were made up of individuals and 7.3% had someone living alone who was 65 years of age or older. The average household size was 2.30 and the average family size was 2.84. San Anselmo has a council-manager form of government, in which an elected town council creates policy and hires a town manager to implement the policy. The five-member town council is elected by the voters at large. The posts of mayor and vice-mayor rotate among the council. San Anselmo's current mayor is Ford Greene[2] and the Town Manager is David P. Donery.[25]

Since 2013 police services have been provided by the Central Marin Police Authority, which also polices the nearby towns of Corte Madera, Larkspur, and portions of Greenbrae.

In the United States House of Representatives, San Anselmo is in California's 2nd congressional district, represented by Democrat Jared Huffman.[27] From 2008 to 2012, Huffman represented Marin County in the California State Assembly.

In the California State Legislature, San Anselmo is in:

San Anselmo is an overwhelmingly Democratic city in presidential elections. In 2012, Barack Obama received 83.10% of the vote, and in 2016, Hillary Clinton received 85.43% of the vote.

During World War II, the Army based a small ammunition storage dump, known as ASP #2 about 2 miles up Butterfield Road from Sir Francis Drake Blvd. The facility was located between the road and San Anselmo Creek and had 23 to 45 men stationed there.[31] There were two batteries composed of four-inch antiaircraft cannon manned by five soldiers on a 24-hour basis. One battery was on Stuyvesant Drive and the other on Oak Springs Hill.[32] During the war, the Sleepy Hollow Country Club, located in the old Hotaling mansion, was still open and provided a pleasant break from "grueling" guard duty, according to those stationed at the ammo dump.[33]

During World War II, air raid wardens, like Zinnia and Alfred Heiden of San Francisco Blvd, patrolled their assigned neighborhood during nighttime air raid drills to notify neighbors of any light that showed out of their houses. Windows were covered with cloth or thick paper during the war to deny enemy bombers illuminated nighttime bombing targets.[34]

In the late afternoon of November 2, 1941, five weeks before the US entered the war, San Anselmo residents were startled when two low-flying Curtiss P-40 warplanes roared up the valley at just above roof level and crashed into the east side of Bald Hill (often incorrectly reported as Mount Baldy or Bald Mountain) at 5:40pm.

Element leader Lt. Thomas "Bud" L. Truax and Lt. Russell E. Speckman were killed when their planes crashed, in low visibility, into Bald Hill, just shy of the peak. It was almost dark, was misty and they were under a low cloud ceiling. They were critically low on fuel and part of a larger training group that had gotten separated. They were under the wintertime marine layer of low clouds that are common in the Marin County area, searching for nearby Hamilton Field to land.[35][36]Truax Field / Dane County Regional Airport, located in Madison, WI was named in memory of Lt. Truax.

A third pilot, Lt. Walter V. "Ramblin" Radovich,[37] had left the formation over San Rafael, almost hit the city courthouse on 4th Street, circled the Forbes Hill radio beacon (37°58'44.73"N,122°32'50.78"W), clipped a tree and then turned northeast, towards Hamilton Field. Unsure of what the oncoming terrain would be and critically low on fuel, he decided to climb up though the typically thin marine cloud layer to 2500 ft, trim the airplane for straight and level flight and bail out. According to USAAF accident reports, his left leg was broken when exiting the plane and he parachuted down, landing near Hwy 101 in Lucas Valley, reportedly near where Fireman's Fund / Marin Commons is currently located (38° 1'10.66"N, 122°32'29.36"W). Ironically, after Lt. Radovich bailed out, the airplane slowly descended back down through the clouds and made a relatively smooth "gear-up" landing.

San Anselmo is home to a variety of schools: 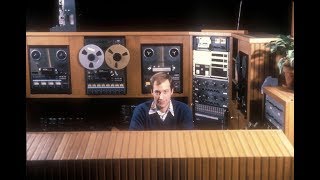 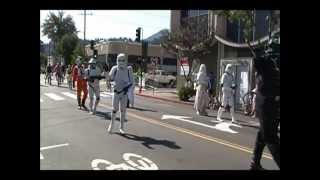 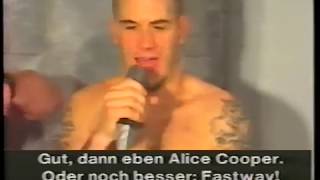 Scenes of Marin, clouds,views and flowers w/ "Cradle of the Sun" CD by Michael Pluznick
Watch   Add to List   Share 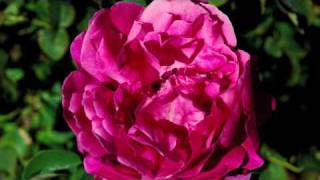 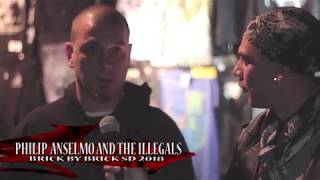 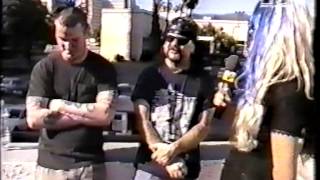 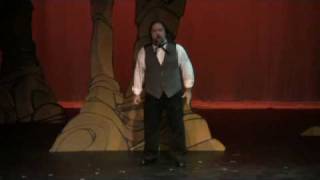 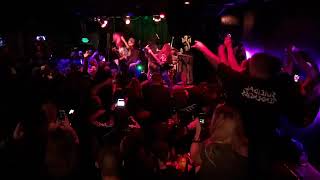 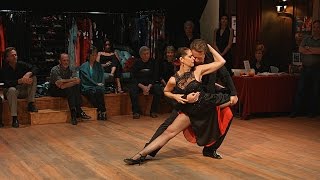 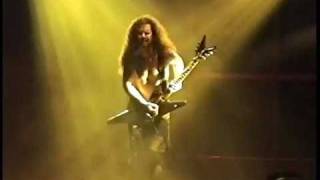 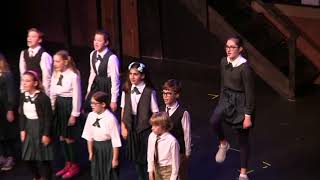 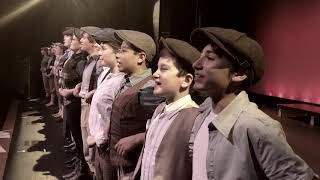 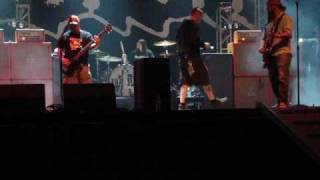 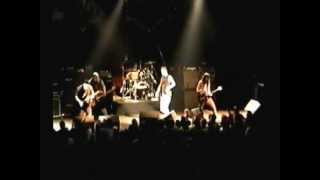 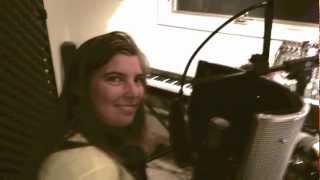