Schoolhouse Rock! is an American interstitial programming series of animated musical educational short films (and later, videos) that aired during the Saturday morning children's programming block on the U.S. television network ABC. The topics covered included grammar, science, economics, history, mathematics, and civics. The series' original run lasted from 1973 to 1984; it was later revived with both old and new episodes airing from 1994 to 1996. Additional episodes were produced in 2009 for direct-to-video release.

The series was the idea of David McCall, an advertising executive of McCaffrey and McCall, who noticed his young son was struggling with learning multiplication tables, despite being able to memorize the lyrics of every single Rolling Stones song. McCall then hired musician Bob Dorough to write a song that would teach multiplication, which became "Three is a Magic Number." [2] Tom Yohe, an illustrator at McCaffrey and McCall, heard the song and created visuals to go along with it. Radford Stone, who was in charge of ABC, suggested they pitch it as a television series, which caught the attention of Michael Eisner, then vice president of ABC, and cartoon director Chuck Jones.[3]

The pilot episode of the series, "Three Is a Magic Number," originally debuted during the debut episode of Curiosity Shop on September 2, 1971.[4]

Schoolhouse Rock! debuted as a series in January 1973 with "Multiplication Rock," a collection of animated shorts adapting the multiplication tables to songs written by Bob Dorough; Dorough also performed most of the songs, with Grady Tate and Blossom Dearie each performing one during this season. General Foods was the series' first sponsor; later sponsors of the Schoolhouse Rock! segments also included Nabisco, Kenner Toys, Kellogg's, and McDonald's.[] During the early 1970s, Schoolhouse Rock was one of several short-form animated educational shorts that aired on ABC's children's lineup; others included Time for Timer and The Bod Squad. Of the three, Schoolhouse Rock was the longest-running.

George Newall and Tom Yohe were the executive producers and creative directors of every episode, along with Bob Dorough as musical director. This first season was followed in short order by a second season, run from 1973 to 1975, entitled "Grammar Rock," which included nouns, verbs, adjectives, and other parts of speech (such as conjunctions, explained in "Conjunction Junction"). For this second season, the show added the services of Jack Sheldon, a member of The Merv Griffin Show house band, as well as Lynn Ahrens; both of them contributed to the series through the rest of its run. Blossom Dearie returned for a second episode, and Essra Mohawk joined the cast as a recurring singer.

To coincide with the upcoming United States bicentennial, a third series, titled "America Rock," airing in 1975 and 1976, had episodes covering the structure of the United States government (such as "I'm Just a Bill") along with important moments in American history (examples include "The Preamble" and "Mother Necessity").

A fourth series, titled "Science Rock," followed in 1978 and 1979, and included a broad range of science-related topics. The premiere episode of this season, "A Victim of Gravity," parodied elements of the hit film Grease and featured a rare guest appearance from a pop band, with recently reunited doo-wop group The Tokens providing the vocals. In addition to episodes describing the human body's anatomical systems (the nervous, circulatory, skeletal and digestive systems each received an episode), episodes describing physical sciences such as astronomy, meteorology and electricity were also included, as was "The Energy Blues," an environmentalism-themed short.

A fifth follow-up series, titled "Scooter Computer and Mr. Chips," featuring the titular characters (the only episodes in the series to feature any recurring characters), premiered in the early 1980s and comprised just four segments about home computer technology, then just emerging onto the scene. As the references and depictions became quickly outdated, due to the rapid advance of technology, these segments stopped airing after 1985 and have not seen reruns in the 1990s revival.

After leaving the airwaves in 1985, the original team reunited to produce two more Grammar Rock segments ("Busy Prepositions" and "The Tale of Mr. Morton") for television in 1993 with J. J. Sedelmaier Productions, Inc. of White Plains, New York.[] This was followed in 1995 by a new series, "Money Rock," which discussed topics related to money management on both the personal and governmental scale. The first cartoon (also a J. J. Sedelmaier Production, Inc. production) was "Dollars & Sense." Episodes from the new series aired in rotation with the original segments from 1994 to 1996.

The Walt Disney Company acquired Schoolhouse Rock in 1996 along with its acquisition of ABC owner Capital Cities/ABC Inc.; Schoolhouse Rock was one of only two children's shows (The Bugs Bunny and Tweety Show being the other) to continue airing (albeit in reruns) after the transition to One Saturday Morning. The series as a whole (after 27 years, shortly before the show's 30th anniversary) ceased airing on television in 2000, with newer episodes being released directly to home video. However, reruns occasionally aired on Toon Disney's Big Movie Show block in 2004, but soon were removed from the schedule.

Starting in 2002, the team once again reunited to produce a new song "I'm Gonna Send Your Vote to College," written by George Newall and performed by Bob Dorough and Jack Sheldon for the 30th Anniversary VHS and DVD releases. For the new song, Tom Yohe Jr. took over as lead designer for his father, Tom Yohe Sr., who had died in 2000.[5] Another contemporary song, called "Presidential Minute," also written by George Newall which explained the process of electing the President of the United States in greater detail, was included on the 2008 DVD Schoolhouse Rock! Election Collection, which centered on songs relating to American history and government.

As the theory of climate change was put forth, a new series entitled "Earth Rock"[6] was created by the original production team, premiered in 2009, and featured 11 environmentally-themed songs.

On January 6, 2013, George Newall and Bob Dorough appeared at the Kennedy Center in Washington, D.C., as part of their ongoing series of free concerts on the Millennium Stage. It was deemed the largest attendance to date of the venue. Dorough played five songs, accompanying himself on the piano: "Three Is a Magic Number," "Figure Eight," "Conjunction Junction," "Preamble," and "I'm Just a Bill." (Dorough had only performed lead vocals on the original version of "Three Is a Magic Number.") He also performed "Interjections!" accompanied by DC-area kids' band Rocknoceros. Rocknoceros also performed "Electricity, Electricity," "Unpack Your Adjectives," "Energy Blues," and "Fireworks."

In 1973, Capitol Records released a soundtrack album of Multiplication Rock (SJA-11174), featuring all 11 songs. Two tracks, "My Hero, Zero" and "Three Is a Magic Number" had been edited for TV to keep each video within three minutes. This LP features both songs in their full, uncut forms. Also, the album version of "The Four-Legged Zoo" has an ending slightly different from the television version. Released with the album was a single (Capitol 3693) with the two Grady Tate-sung tracks ("Naughty Number Nine" b/w "I Got Six"). This album was re-released[8] on red/blue-colored vinyl on Record Store Day 2019.

This segment introduces Jack Sheldon and Lynn Ahrens as series regulars. "Conjunction Junction" and "A Noun Is A Person, Place, Or Thing" were Sheldon and Ahrens' debuts on Schoolhouse Rock! respectively.

"Busy Prepositions" (aka "Busy P's") and "The Tale of Mr. Morton" were produced for Schoolhouse Rock!s return to ABC in 1993 with J.J. Sedelmaier Productions, Inc. producing the animation.

"I'm Gonna Send Your Vote to College" and "Presidential Minute" were produced for DVD.

Several tie-ins were released in 1996:

The Best of Schoolhouse Rock (ISBN 1-56826-927-7) was released in 1998 jointly by American Broadcasting Companies, Inc. and Rhino Records.

In addition to the above, Rhino Records also released Schoolhouse Rocks the Vote!: A Benefit for Rock the Vote, a tribute album containing covers and original songs in the style of Schoolhouse Rock, all with an electoral theme. It was released on August 18, 1998.

A 1987 production of the series for VHS tape released by Golden Book Video featured Cloris Leachman opening the collection and some songs with child dancers and singers. Three songs (namely "Three Ring Government," "The Good Eleven," and "Little Twelve Toes") were not included on the videos.[5][10]

In 1995, ABC Video and Image Entertainment released two volumes of Schoolhouse Rock on LaserDisc, "Schoolhouse Rock Volume 1: Multiplication Rock and Grammar Rock" (ID3245CC), and "Schoolhouse Rock Volume 2: America Rock and Science Rock" (ID3383CC). For both volumes the first side was in the CLV Extended Play format and the second was in the frame-accessible CAV format, and both contained CX-encoded analog and digital audio soundtracks. The "Grammar Rock" volume included the 1993 shorts "Busy Prepositions" and "The Tale of Mr. Morton."

In 1994, ABC/King Features sold exclusive licensing rights for apparel to Coastal Concepts, Inc. of Vista California, the first company to produce School House Rock Apparel. Tom Yohe worked with contemporary artist Skya Nelson to create over 50 new designs and update the School House Rock image for a new market which sold $1.1 million in its first year and exploded selling over $12 million the next year. A variety of bands working with Rhino Records were furnished with newly minted School House Rock T-shirts for the music videos youth market. The licensing rights were expanded to include other manufacturers in 1996.

In 1995, ABC teamed with Paramount Home Video and re-released four segments of Schoolhouse Rock! on VHS with alternative covers and opening.

In 1997-1998 for the show's 25th anniversary, Walt Disney Home Video released five segments on VHS, along with "Money Rock" being released in 1998.

On August 27, 2002 Walt Disney Home Entertainment released a 2xDVD set to coincide with the 30th anniversary of the show. The set features 52 of the 64 episodes, including the lost Computer Rock segments, with the exception of "Introduction." "The Weather Show" and "Presidential Minute" are found on the bonus disc, the former in modified form with the problematic lyric removed, and the latter viewable only upon completing the "Earn Your Diploma" Trivia Game. An abbreviated VHS, featuring 25 episodes (ranked on the tape in order of popularity) and "I'm Gonna Send Your Vote to College," was released at the same time.

In 2008, DVDs of individual Schoolhouse Rock series were released for classroom use.[11]

On September 23, 2008, the "Schoolhouse Rock-Election Collection" was released, including 14 songs about American history and the government and a "new to DVD" song.[12]

A musical theatre adaptation of the show, titled Schoolhouse Rock Live!, premiered in 1996. It featured a collaboration between artists Scott Ferguson, Kyle Hall, George Keating, Lynn Ahrens, Bob Dorough, Dave Frishberg, and Kathy Mandry, utilizing some of the most famous songs of Newall and Yohe.[13] 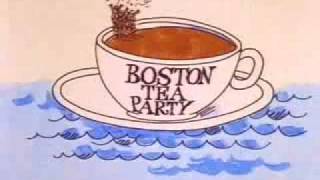 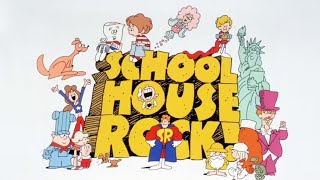 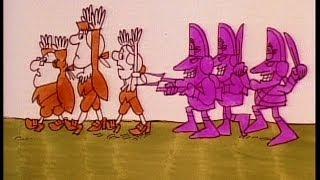 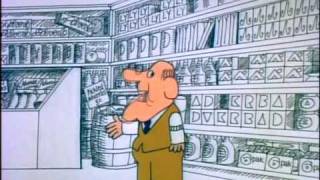 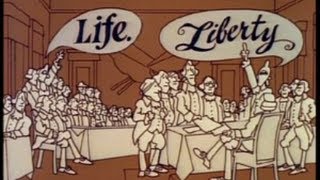 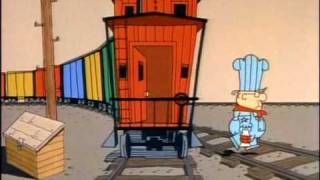 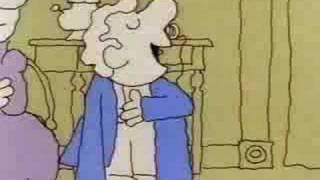 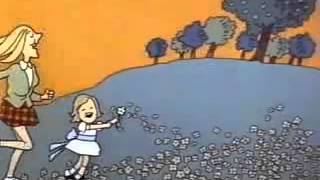 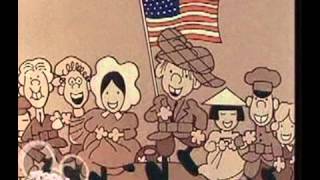 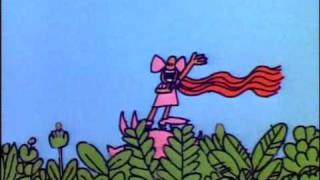 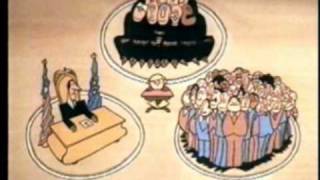