Wendish pioneer log cabin on the grounds of St. Paul Lutheran Church. Cabin was home of John Kilian, as well as serving as school and church.

Serbin is an unincorporated community in southwestern Lee County, Texas, United States. Located about 50 miles (80 km) east of Austin, it was originally established as Low Pin Oak Settlement by Sorbian (Wendish) immigrants to Texas in the mid-1850s. The community's name was changed to Serbin, meaning "Sorbian land" in the Sorbian language, prior to 1860. (Sorbians should not be confused with Serbians, though the names of the two Slavic ethnic groups probably have a common origin.) The largest single migration of Sorbian immigrants to the United States settled in Texas, using Serbin as the "mother colony". On September 20, 1854, about 550 Sorbian Lutherans from congregations in Lusatia, Prussia, and Saxony left for Texas under the leadership and pastoral care of John Kilian. Upon arriving in Texas, the people of present-day Serbin became the earliest members of the Lutheran Church-Missouri Synod in Texas. St. Paul Lutheran Church, built in 1871, stands as a typical example of Wendish architecture, still in full use; the pulpit is located in the front balcony of the church.

The Texas Wendish Heritage Museum is housed in Serbin on the St. Paul church grounds. Occupying three independent buildings including a former St. Paul parochial school, the museum also has two outdoor exhibits of an intact log cabin and part of a dogtrot house.

Interior of the church, facing the rear. The Bible verse in German, not Wendish/Sorbian.

Eventually, the Sorbian language in Serbin was replaced by German and English. Rev. Kilian even had the tombstone for his wife Maria carved in German, not Sorbian; the same was done for his stone in 1884.

Neither of the two Sorbian languages is still fluently or regularly spoken in Serbin. According to the 2000 U.S. census, 37 people in the 78942 ZIP Code area (which also includes Giddings and other nearby towns) spoke a Slavic language other than Polish or Russian at home.[1] 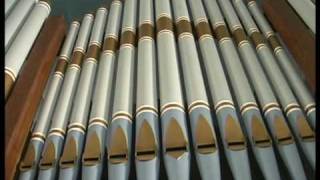 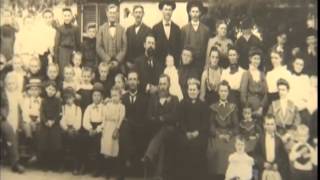 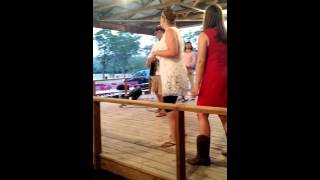 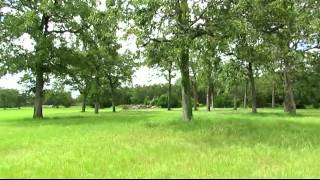 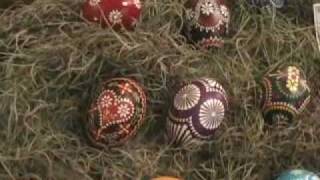 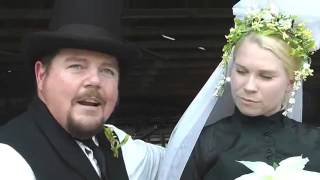 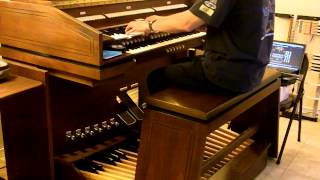 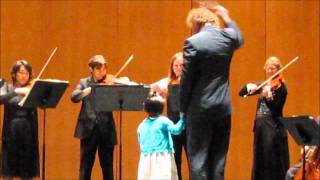