Sherman is a U.S. city in and the county seat of Grayson County, Texas.[6] The city's population in 2010 was 38,521.[7] It is one of the two principal cities in the Sherman-Denison Metropolitan Statistical Area, and it is part of the Texoma region of North Texas and southern Oklahoma.

Sherman was named after General Sidney Sherman (July 23, 1805 - August 1, 1873), a hero of the Texas Revolution. The community was designated as the county seat by the act of the Texas legislature which created Grayson County on March 17, 1846. In 1847, a post office began operation. Sherman was originally located at the center of the county, but in 1848 it was moved about 3 miles (5 km) east to its current location. By 1850, Sherman had become an incorporated town under Texas law. It had also become a stop on the Butterfield Overland Mail route through Texas. By 1852, Sherman had a population of 300 and consisted of a public square with a log court house, several businesses, a district clerk's office, and a church along the east side of the square. In 1861, the first flour mill was built.

During the 1850s and 1860s, Sherman continued to develop and to participate in regional politics. Because many residents of North Texas had migrated from the Upper South and only a low percentage were slaveholders, there was considerable Unionist sentiment in the region. E. Junius Foster, the publisher of Sherman's anti-secessionist Whig newspaper, the Patriot, circulated a petition to establish North Texas as an independent free state. Following Confederate passage of a conscription law, there was resistance in North Texas to conscription, especially as owners of many slaves were exempt.

A group of slaveholders in nearby Cooke County feared the Unionists might join together others and perform acts of sabotage. In October 1862, a unit of state militia arrested between 150 and 200 men on suspicion of insurrection. In the Great Hanging at Gainesville, 42 of the arrested men were killed, most of them hanged by a mob, while others were sentenced to death by a self-appointed "citizens' court". Following the lynchings, Colonel William Young, who had organized the jury for the "citizens' court," was killed by unknown assailants. Young had been responsible for more than 20 deaths. Newspaper publisher Foster "applauded" Young's death, and was soon gunned down by Capt. Jim Young, the colonel's son.[8]

Pro-Confederate militiamen rounded up even more "suspects" in Sherman, but Confederate Brigadier General James W. Throckmorton intervened to stop the killings. By the time Throckmorton restored order, only five of the originally arrested men were still alive.[8]

Late in the Civil War, pro-Confederate guerrillas led by William Quantrill spent the winter in Sherman. Former guerrilla Jesse James also came to Sherman for his honeymoon. He was photographed seated on his horse in Sherman.

During the 1860s, secondary education developed in north Texas. The Sherman Male and Female High School began accepting students in 1866, under the patronage of the North Texas Methodist Conference. It became one of three private schools opporating in Sherman. The male and female high school operated under several names, including: the North Texas Female College and Conservatory of Music from 1892 to 1919 and Kidd-Key College and Conservatory, from 1919 to 1935.[9] It gradually lost Methodist support, following the opening of Southern Methodist University in Dallas in 1915. In 1876, Austin College, the oldest continuously operating college in Texas, was relocated to Sherman from Huntsville. The Sherman Female Institute, later called Mary Nash College,[10] opened in 1877 under sponsorship of the Baptist Church. It continued to operate until 1901, when the campus was sold to Kidd-Key College. Carr-Burdette College, a women's college affiliated with the Disciples of Christ, operated from 1894 to 1929. Sherman also has a long history within the Jewish community. By 1873, Jews in the region regularly met for the High Holidays.[11]

While there was general depression and lawlessness during the Reconstruction, Sherman remained commercially active. During the 1870s Sherman's population reached 6,000. In 1875, after two fires destroyed many buildings east of the town square, a number of civic buildings were rebuilt using more permanent materials. This included a new Grayson County Courthouse built in 1876. In 1879, the Old Settlers' Association of North Texas formed and met near Sherman. The organization incorporated in 1898 and purchased Old Settlers' Park in 1909.

In 1901 the first electric "Interurban" railway in Texas, the Denison and Sherman Railway, was completed between Sherman and Denison.[12] The Texas Traction Company completed a 65-mile (105 km) interurban between Sherman and Dallas in 1908, and in 1911 purchased the Denison and Sherman Railway. Through the connections in Dallas and Denison, it was possible to travel to the Texas destinations of Terrell, Corsicana, Waco, Fort Worth, Cleburne, and Denton, as well as to Durant, Oklahoma, by interurban railways. One popular destination on the Interurban between Sherman and Denison was Wood Lake Park, a private amusement park at the time. By 1948, all interurban rail service in Texas had been discontinued.

During the Sherman Riot of May 9, 1930,[13] the Grayson County Courthouse was burned down by local citizens in an attempt to lynch George Hughes, an African American suspected of assaulting a white woman.[14] During the riot, Hughes was locked in the vault at the courthouse and apparently died in the fire;[15] Rescue work was hindered by saboteurs cutting the fire hoses. After rioters retrieved Hughes' body from the vault, it was dragged behind a car, hanged and set afire. The black business section of Sherman was also burned down and many African Americans fled. Texas Ranger Frank Hamer was in Sherman during this riot and reported the situation to Texas Governor Dan Moody.[16] Governor Moody sent National Guard troops to Sherman on May 9 and martial law was declared in Sherman for ten days.[17] Fourteen men were later indicted and two were convicted of arson and rioting.[13]

Sherman is part of the humid subtropical climate area.

Sherman operates under a Council-Manager form of local government, and is a home rule city under Texas state law. As of 2020,[clarification needed] the city is led by manager Robby Hefton and Mayor David Plyler. Austin College, a private, Presbyterian, liberal arts college, relocated to Sherman in 1876. Founded in 1849, it is the oldest college or university in Texas operating under its original charter. Grayson College, a community college based in neighboring Denison, operates a branch campus in Sherman.

The Sherman Public Library serves the city of Sherman and all citizens. The library underwent a $2 million, floor-to-ceiling renovation in 2017, reopening to the public in August 2018.

Sherman is served by two U.S. Highways: US 75 (Sam Rayburn Freeway) and US 82. (The latter is locally designated as the Buck Owens Freeway after the famous musician who was born in Sherman.) It is also served by three Texas State Highways which extend beyond Grayson County: State Highway 11, State Highway 56, and State Highway 91 (Texoma Parkway), one of the main commercial strips that connects Sherman and Denison and also extends to Lake Texoma.

TAPS Public Transit is the sole transit provider for Sherman, with curb-to-curb paratransit for all residents.[22]

Tyson Foods is the largest employer in the area. 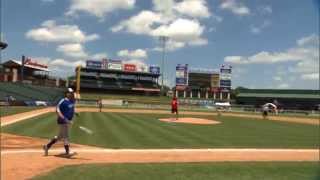 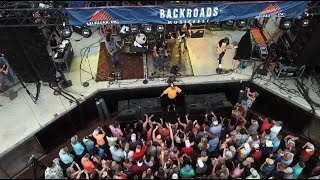 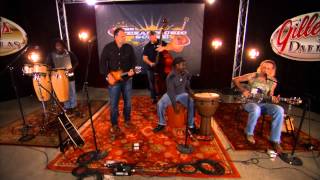 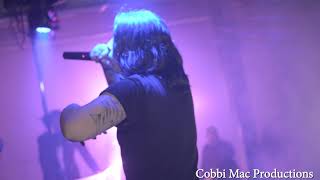 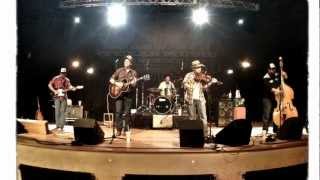 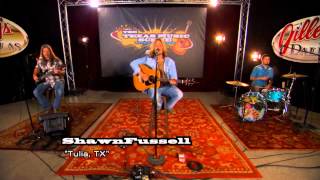 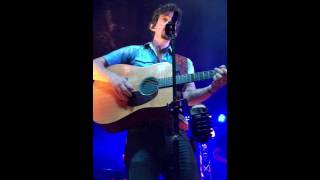 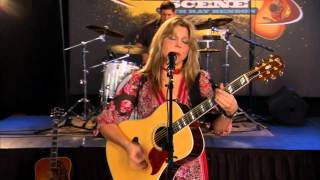 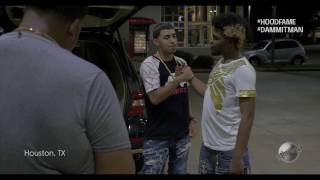 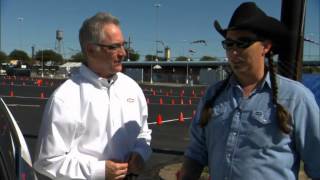 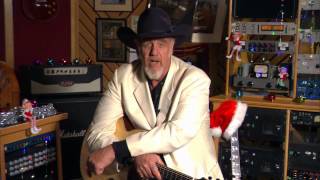 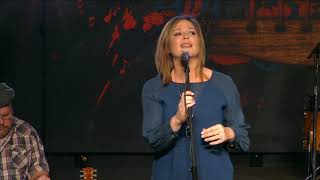 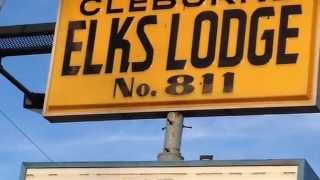 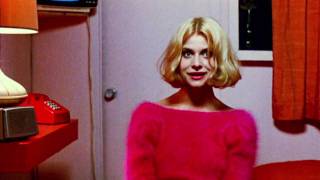 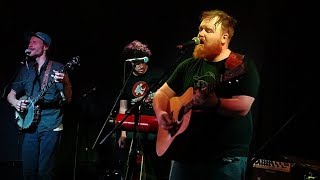 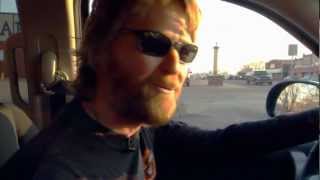 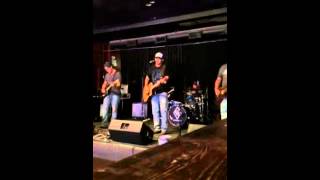 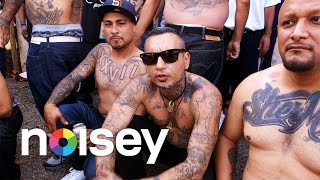 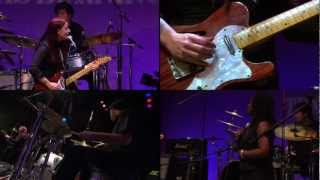