Sly and Robbie are a prolific Jamaican rhythm section and production duo, associated primarily with the reggae and dub genres.[1] Drummer Sly Dunbar and bassist Robbie Shakespeare teamed up in the mid-1970s after establishing themselves separately in Jamaica as professional musicians.

Sly Dunbar, then drumming for Skin Flesh and Bones, and Robbie Shakespeare, playing bass and guitar with the Aggrovators, discovered they had the same ideas about music in general (both are huge fans of Motown, Stax Records, the Philly Sound, and country music, in addition to Jamaican legendary labels Studio One and Treasure Isle), and reggae production in particular. Speaking on his influences, Sly explains "My mentor was the drummer for The Skatalites, Lloyd Knibb. And I used to listen a lot to the drummer for Booker T. & the M.G.'s, Al Jackson Jr., and a lot of Philadelphia. And there are other drummers in Jamaica, like Santa and Carly from The Wailers Band, Winston Bennett, Paul Douglas, Mikey Boo. I respect all these drummers and have learnt a lot from them. From them, I listened and created my own style. They played some things I copied, other things I recreated.[2]" Sly and Robbie first worked together with The Revolutionaries for the newly created Channel One studio and label, operated by the Hoo Kim brothers.

According to The Independent, their breakthrough album was The Mighty Diamonds' 1976 release Right Time, which helped to establish them as the "masters of groove and propulsion."[3] The drum beat on the title song was particularly tricky; in 2001 Dunbar recalled, "When that tune first come out, because of that double tap on the rim nobody believe it was me on the drums, they thought it was some sort of sound effect we was using. Then when it go to number 1 and stay there, everybody started trying for that style and it soon become establish."[4] Sly Dunbar on tour with Peter Tosh in Cardiff, Wales, 1979

The duo changed the face of reggae several times[]: in 1976, they introduced a harder beat called "Rockers", which quickly replaced the then-prevalent "One Drop" style, then introduced the "Rub A Dub" sound in the early 1980s. Sly and Robbie were important in developing the trend towards computer-assisted music and programming in the mid-1980s. Chris Blackwell made them the core of the Compass Point All Stars, the Nassau recording band based at Compass Point Studios that was to produce classic records for Grace Jones, Joe Cocker and Gwen Guthrie among many others.

Their 1987 funk and dance album Rhythm Killers was produced by Bill Laswell with an ensemble of musicians and showcased the duo's branching outside of the reggae market and experimenting with electronic sounds.[1][5] It also produced a number 12 hit on the UK Singles Chart in 1987 with "Boops (Here to Go)" which Robbie Williams later sampled for his single "Rudebox".

In the early 1990s, Sly and Robbie introduced a novel sound with the hits "Bam Bam" and "Murder She Wrote" by Chaka Demus & Pliers. Chaka Demus' rough DJ vocals were matched with Pliers' sweet, melodic, soul-influenced singing; this unusual vocal pairing was championed by Sly and Robbie. This formula has since been used with great success by the likes of Shaggy (who teamed up with singers Rayvon and Rik Rok), Shabba Ranks, Maxi Priest and others. This predates the trend in some rap music where a song's "hook" or chorus is sung by a guest, while the verses are rapped.

Sly & Robbie continued to innovate during the late 1990s and early 2000s, fusing dancehall and Latin music sounds (La Trenggae) or dancehall and hip hop/R&B (their 2004 Big Up riddim). They had a second UK top 40 hit in 1997, with the collaboration with Simply Red on a cover of Gregory Isaacs' "Night Nurse", reaching number 13. In 1999, their Strip to the Bone album paired them with Scottish electro producer Howie B, and together they explored new dub territories. Their 1999 single "Superthruster" from this album became a mainstream hit, whose music video was played on MTV frequently. The animated video depicted Sly and Robbie in battlesuits chasing a harlequin through a technological complex. As the video progresses, the harlequin turns out to be a marionette directed by the real villain. The early scene involving the Harlequin marionette bears at least a passing resemblance[according to whom?] to Sven Vth's 1994 animated cult-video "Harlequin". "Superthruster" was released on vinyl and as a DVD single, its February 1999 release date making it one of or even the first DVD single ever to go on sale.

Sly and Robbie produced No Doubt's international hits "Hey Baby" and "Underneath It All". They also produced some tracks for Suggs' 1996 debut solo album The Lone Ranger including the hit version of "Cecilia" featuring Louchie Lou & Michie One which sold over 500,000 copies in the UK alone and reached number 4 on the UK Singles Chart.

After 35 years together, they still tour and record relentlessly. In early 2005, they toured with Tony Rebel and Half Pint. During the summer of 2005, they toured Europe and the UK with Bunny Rugs, lead singer for Third World. During the fall of 2005 they were on the road with Sine;ad O'Connor. in August 2006, they appeared with Don Carlos at the Reggae on the River festival, and in August 2007 they performed on a tour of the Western United States and Canada along with dancehall-soul singer and actress Cherine Anderson, including headlining Reggae Rising in Humboldt County and the Hollywood Bowl. They toured with Bitty McLean, the TAXI Gang, and in 2012, are planning a Jamaican Legends tour throughout Europe with jazz pianist Monty Alexander and the legendary guitarist Ernest Ranglin.

In recent years, they have produced several new Jamaican artists for their Taxi label, as well as confirmed superstars such as Elephant Man and Buju Banton, for whom they re-used their 1982 instrumental song "Unmetered Taxi" for the number one hit "Driver A". In 2006, they recorded with their original group, the Revolutionaries, to produce Horace Andy's new album Livin' It Up and produced several hits for Cherine Anderson. In 2007, they collaborated with the Italian rapper Jovanotti on the album Safari. They also produced tracks for Paul McCartney and Britney Spears. Sly and Robbie collaborated with the Ecuadorian singer-songwriter Cecilia Villar Eljuri,[7] on several occasions; on her song "El Aire" from her 2008 cd "En Paz", in 2012 on her song "Empuja" from her cd "Fuerte" and in 2016 on her song "Quiero Saber" from her cd "La Lucha". Sung in Spanish, these songs quickly charted on Worldbeat and Latin Alternative international radio. Sly and Robbie worked on Brazilian singer-songwriter Vanessa da Mata's third album Sim, bringing their own feel to several tracks. Partially recorded in Kingston, Jamaica, Sim was released on 28 May 2007 by Sony BMG.

In 2009, Movin' On, the new album by Bitty McLean, which they produced with McLean and their longtime friend and associate Guillaume Bougard, came out and was widely acclaimed as the best reggae album of the year. Sly and Robbie toured Japan, Morocco (Mawazine festival) and Europe with McLean to showcase the album. A DVD of the Paris concert is being prepared for release.

Sly and Robbie produced four songs on Cherine Anderson's EP The Introduction-Dubstyle. The second single "Shine on Jamaica", which was produced by the duo, peaked at number 1 for four weeks on both the South Florida Reggae charts, as well as the WAVS 1170 Reggae Charts.

Their latest project, Sly and Robbie presents No-Maddz, was released at the end of 2014.[8]

They received their 11th Grammy Award nomination in 2014 for the album The Reggae Power.[6]

In October 2015 the duo received the Gold Musgrave Medal in recognition of their contribution to music.[9]

Sly and Robbie appeared in the 2011 documentary "Reggae Got Soul: The Story of Toots and the Maytals" which was featured on BBC and described as "The untold story of one of the most influential artists ever to come out of Jamaica".[10][11] 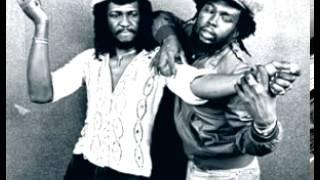 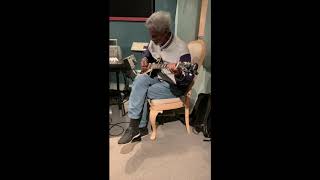 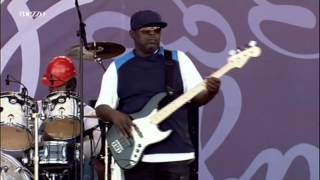 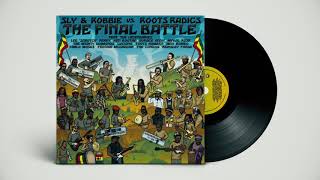 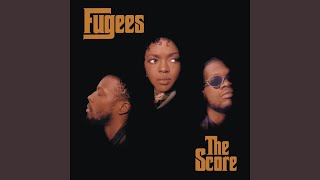 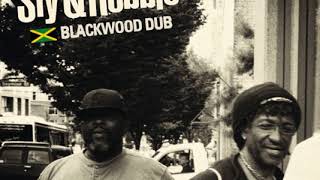 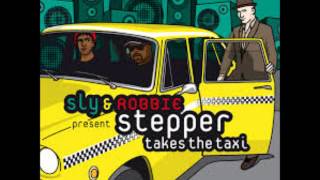 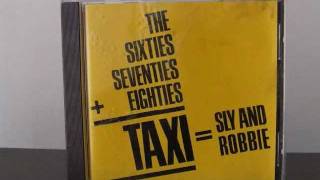 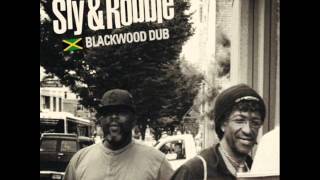 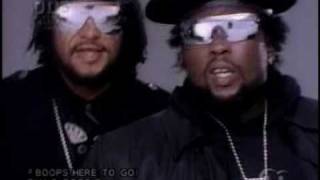 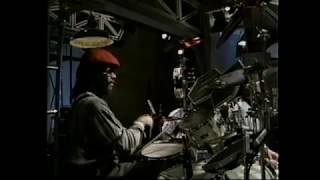 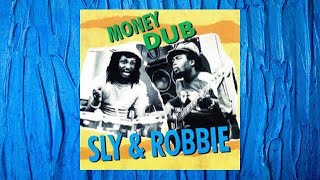 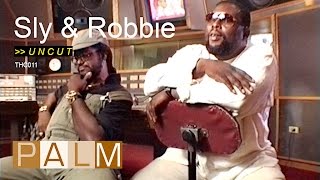 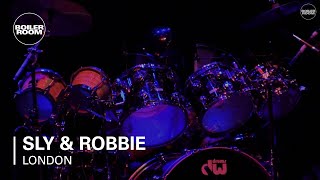 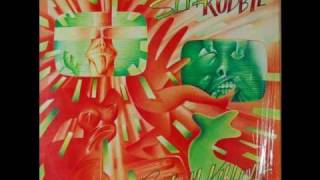 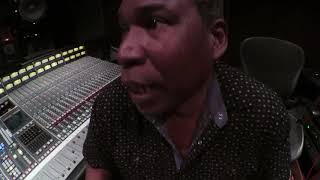 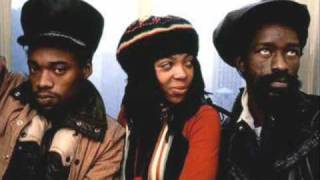