John Somers was the first European settler in what is now Somers Point. Somers purchased the land along the northern periphery of the Great Egg Harbor Bay from Thomas Budd in 1693, making it the oldest European settlement in what is now Atlantic County. Great Egg Harbour Township was designated in 1693 from the eastern portions of Gloucester County, which included Somers Point. Somers named the area Somerset Plantation, Somers Ferry, and Somers Plantation, until the name Somers Point became established in 1750. In 1695, John Somers operated the first ferry service across the Great Egg Harbor Bay to Cape May County. His son Richard built Somers Mansion overlooking the harbor sometime between 1720 and 1726, which remains the county's oldest existing home.[22][23][24][25][26] Somers Point was designated as a port of entry in 1791 and remained one until it was abolished in 1915.[27][28] By the 1830s, when Somers Point became part of Atlantic County, it was a popular summer resort with several boarding houses.[29]

Unincorporated communities, localities and place names located partially or completely within the township include Ocean Heights.[34]

The city borders Egg Harbor Township and Linwood in Atlantic County; and both Ocean City and Upper Township in Cape May County.[35][36][37]

Somers Point is the home to the largest crabbing tournament in the United States, the Assault on Patcong Creek. Founded in 2010, the tournament takes place annually in June and attracts participants from over a dozen states.[51]

Somers Point is governed under the City form of government. The governing body consists of a mayor and a seven-member City Council, all elected on a partisan basis as part of the November general election. The mayor serves a four-year term, with one council member from each of the two wards up for each year in a three-year cycle and a single at-large seat.[8][52] The Mayor is elected to a four-year term and is assigned overall responsibility for the health, safety and welfare of the municipality. As Chief Executive Officer, the Mayor is charged with putting into effect the municipal laws, known as ordinances. The Mayor is not a member of the governing body, but has the statutory authority to veto ordinances, and may vote in the event of a tie. The Mayor makes appointments to certain boards, including the Planning Board, Recreation Commission, and Environmental Commission. The Council elects one of its members as President to chair the Council meetings and perform the other duties of a presiding officer. The City Council is the governing body of the City. They enact ordinances. The Council adopts an annual budget and sets policy for the municipality.[53]

In August 2019, the City Council selected Janice Johnston from a list of three candidates nominated by the Republican municipal committee to fill the First Ward seat expiring in December 2021 that had been held by Ronald Meischker until he resigned the previous month after announcing that he was moving out of the city.[60]

In September 2017, the City Council selected Ron Meischker from a list of three candidates nominated by the Republican Municipal Committee to fill the vacant 1st Ward seat expiring in December 2018 that had been held by Thomas Smith until he resigned from office earlier that month.[61]

In January 2016, the City Council selected James Toto from three names nominated by the Republican municipal committee to fill the 2nd Ward seat expiring in 2017 that was vacated by Maureen Kern when she took office as a member of the Atlantic County Board of Chosen Freeholders.[62] Toto served on an interim basis until the November 2016 general election, when he was elected to serve the balance of the term.[63]

In elections held on November 8, 2011, Jack Glasser defeated Democrat-turned Independent Daniel Gudauskas by 1,650-558, making it the largest margin of victory in a contested election on the municipal level in Somers Point history. Triboletti and Kern ran unopposed in the first and second wards respectively.[64]

Somers Point is located in the 2nd Congressional District[65] and is part of New Jersey's 2nd state legislative district.[11][66][67] Prior to the 2011 reapportionment following the 2010 Census, Somers Point had been in the 1st Legislative District.[68]

For the 2018-2019 session (Senate, General Assembly), the 2nd Legislative District of the New Jersey Legislature is represented in the State Senate by Chris A. Brown (R, Ventnor City) and in the General Assembly by Vince Mazzeo (D, Northfield) and John Armato (D, Buena Vista Township).[73][74]

Somers Point native Maureen Kern currently serves as a member of the Atlantic County Board of Chosen Freeholders.[104]

Students in pre-kindergarten through eighth grade are served by the Somers Point Public Schools. As of the 2014-15 school year, the district, comprising three schools, had an enrollment of 1,472 students and 106.3 classroom teachers (on an FTE basis), for a student-teacher ratio of 13.8:1.[105] Schools in the district (with 2014-15 enrollment data from the National Center for Education Statistics[106]) are New York Avenue School[107] with 75 students in pre-Kindergarten, Dawes Avenue School[108] with 394 students in grades Pre-K through sixth grade and Jordan Road Middle School[109] with 547 students in Kindergarten through 8th grade.[110]

Students in public school for ninth through twelfth grades attend Mainland Regional High School, which also serves students from Linwood and Northfield.[111] The high school is located in Linwood. For the 1997-98 school year, Mainland Regional High School was recognized by the United States Department of Education as a National Blue Ribbon School.[112] As of the 2014-15 school year, the high school had an enrollment of 1,356 students and 119.6 classroom teachers (on an FTE basis), for a student-teacher ratio of 11.3:1.[113]

City public school students are also eligible to attend the Atlantic County Institute of Technology in the Mays Landing section of Hamilton Township[114] or the Charter-Tech High School for the Performing Arts, located in Somers Point.[115]

St. Joseph Regional School is an elementary school serving students in kindergarten through eighth grade, operated under the jurisdiction of the Roman Catholic Diocese of Camden.[116][117]

The Garden State Parkway passes through the city, connecting Egg Harbor Township on either side of the city.[119] Interchange 30 for the Parkway is located in the city, signed for Somers Point and Downtown Ocean City.[120]

On the city's southern border, bridges connect to Cape May County via the Garden State Parkway to Upper Township, into Ocean City via Route 52 and over the Beesley's Point Bridge, which has been demolished.[121] As part of a $400 million project completed by the New Jersey Department of Transportation in 2012, a new causeway for Route 52 was completed over Great Egg Harbor Bay, replacing the Howard S. Stainton Memorial Causeway that had been completed in 1933.[122] the Beesley's Point Bridge was demolished in 2013 as part of a project adding a new bridge for traffic on the Parkway.[123]

NJ Transit offers bus transportation in the city between Ocean City and Atlantic City on the 507 and 509 routes.[124][125]

The 1983 movie Eddie and the Cruisers was largely filmed in Somers Point, using the defunct Tony Mart's nightclub as a setting.[126]

People who were born in, residents of, or otherwise closely associated with Somers Point include: 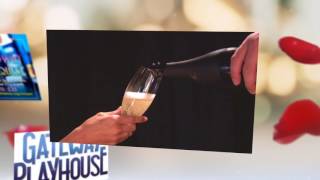 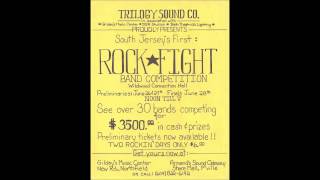 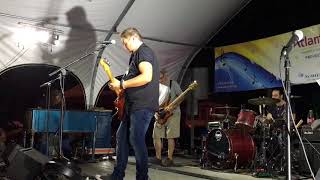 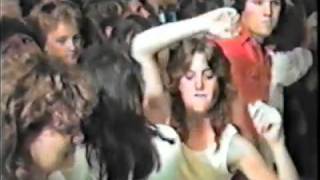 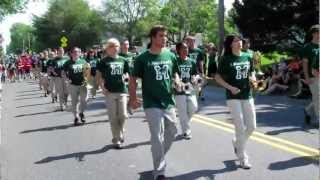 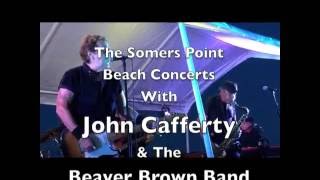 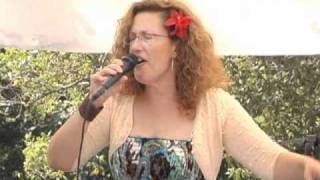 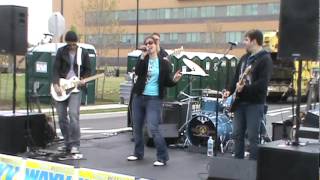 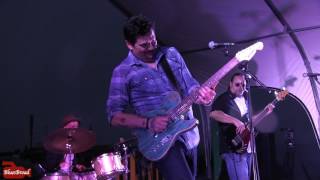 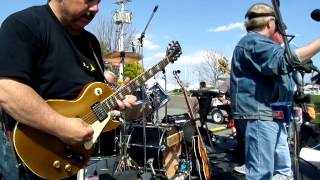 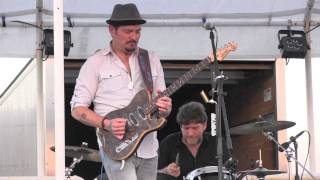 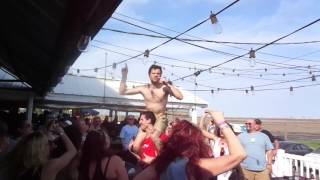 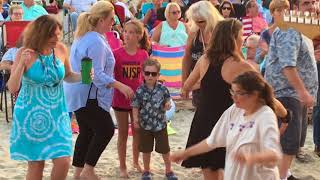 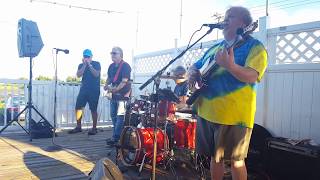 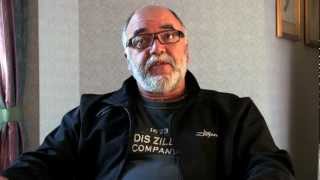 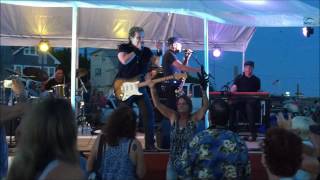 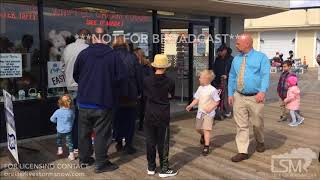 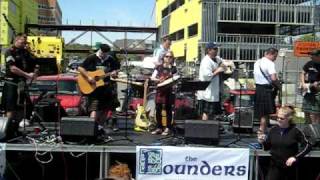 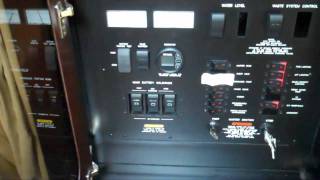