Spartanburg is the second-largest city in the greater Greenville-Spartanburg-Anderson Combined Statistical Area, which has a population of 1,385,045 as of 2014.[9] It is part of a 10-county region of northwestern South Carolina known as "The Upstate," and is located 98 miles (158 km) northwest of Columbia, 80 miles (130 km) west of Charlotte, North Carolina, and about 190 miles (310 km) northeast of Atlanta, Georgia.

Spartanburg is the home of Wofford College, Converse College, USC Upstate, Spartanburg Methodist College, and Spartanburg Community College. It is also the site of headquarters for Denny's.

Spartanburg was formed in 1785 and was named after a local militia called the Spartan Regiment in the American Revolutionary War. The Spartan Regiment, commanded by Andrew Pickens, participated in the nearby Battle of Cowpens. In 1831, Spartanburg was incorporated, later becoming known as the "Hub City": railroad lines radiated from the city forming the shape of a wheel hub.

It became a center of textile manufacturing in the late 19th century, with around 40 textile mills being established through the early 1900s.

During World War I Camp Wadsworth was used to train 100,000 soldiers for the war. Camp Croft trained soldiers during World War II. The facility was transferred to the state and adapted as Croft State Park.

By the 1950s, the production in these mills began to decline as wages increased. Most textile manufacturing jobs were moved offshore by the companies.

The city of Spartanburg has a humid subtropical climate with long, hot and humid summers, and cool to semi mild winters. The average annual temperature is 61.6 °F (16.4 °C). In the summer season from June through September, average highs are in the 80s to low 90s °F, while in the winter months average highs are in the mid 50s °F. Annual rainfall is spread fairly evenly throughout the whole year. Spartanburg sees very little snowfall, with the annual average being only 1.4 inches. Average precipitation is 51.3 inches (130 cm) and the average growing season is 231 days.

Within the past decade, developers and community leaders have spearheaded an effort to revitalize Spartanburg's downtown commercial district. This has resulted in a remodeling of Morgan Square, the restoration of a number of historic structures and the relocation of several businesses and company headquarters to the downtown vicinity. These new developments include a nine-floor, 240-room Marriott hotel. .

The economy of Spartanburg benefits from the BMW manufacturing facility located in the city of Greer, South Carolina which is in Spartanburg county. As of February 2017, the plant employs around 8,800 people with an average daily output of about 1,400 vehicles.

Spartanburg is also home to the world headquarters and research facility for Milliken & Company, a textile and chemical manufacturer. According to Spartanburg's 2015 Comprehensive Annual Financial Report,[14] the principal employers in the city are:

Spartanburg has, throughout its history, been a fruitful home to a creative community.[] Cultural events and institutions in the city and county include:

Early European settlers to this area included French fur trappers, English woodsmen, and Scots-Irish farmers. Few remnants survive from these early pioneering days, but traces can be found in the more rural areas of the county.

First established in the 1780s as a courthouse village, Spartanburg may have been named for the Spartan regiment of the South Carolina militia. The city was incorporated in 1831, at the time of the 50th anniversary of the Battle of Cowpens, a pivotal fight of the American Revolution that took place only a few miles away. The city's streets and architectural record reflect the changes of the 19th and 20th centuries.

Cotton mills have abounded in the Spartanburg area since 1816, earning Spartanburg the reputation as the "Lowell of the South." Although there were few mills in the area before the Civil War, technological advances, northern capital, and out-migration from the poor farms that made white labor available, created a wave of postbellum mill development here and in much of the Piedmont South. Additionally, the abundant streams and rivers in the area are just beginning their descent towards the lower-lying Midlands region. In many places, these waterways descend abruptly, providing a source for plentiful waterpower. Cotton mills were built along these rivers to harness this power, and so began the region's servitude to King Cotton. These mills, their owners and their laborers dominated the politics and economy of the region for nearly a century. Although nearly all abandoned, many mills remain along the riverbanks, the Piedmont equivalent of Gothic ruins. The old bridge and millpond at Glendale. The mill itself (background) has since burned.

When the United States entered World War I in 1917, one of the sixteen divisional cantonments for the training of National Guard troops was Camp Wadsworth, which is located in the vicinity of Westgate Mall. Large numbers of New York National Guardsmen trained there in addition to many southern troops. During World War II, Camp Croft south of the city trained Army recruits. This is now a South Carolina state park with the same name. Some portions of the park contain the original quonset huts. Quarterback Cam Newton and the Carolina Panthers participate in training camp at Wofford College in 2011.

Spartanburg is host to the NFL's Carolina Panthers training camp each year on the campus of Wofford College.

Upward Sports, a Christian-based sports organization for kids, is headquartered in Spartanburg.[42]

The current mayor, Junie White, was elected in 2009. Spartanburg operates under a city manager form of government in which the mayor and six city council members have equal votes. Council members represent districts within the city and the mayor is elected at large. The council appoints a city manager, who is responsible for the daily administration of city governmental affairs.[43] City Hall is located at 145 West Broad Street.

The Spartanburg County Administration Building (this is the old Sears building which was vacated in the mid-1970s when Sears moved to Westgate Mall and renovated in the late 1980s or early 1990s) is located at 366 North Church Street. It is across the street from the Spartanburg Memorial Auditorium. Spartanburg is a college town, with eight institutions of higher learning:

St. Paul the Apostle Catholic School is located in downtown Spartanburg. It is affiliated with the Diocese of Charleston and is K-8.[50]

Spartanburg is part of the much greater Greenville-Spartanburg-Anderson-Asheville DMA which is the nation's 35th largest and is served by the following major television affiliates:

A hybrid SPARTA bus at the downtown Passenger Center.

Spartanburg is served by the Spartanburg Area Regional Transit Agency (SPARTA), covering the city of Spartanburg and the surrounding urbanized area with 8 routes leading to a wide variety of destinations. All SPARTA buses are equipped with bicycle racks. Two hybrid-electric buses were added to the fleet in 2012.[54] The SPARTA Passenger Center is located at 100 North Liberty Street and also serves Greyhound buses.

The Greenville-Spartanburg International Airport (GSP) lies mostly in suburban Greer, and it serves Greenville as well as Spartanburg. It has become one of the busiest airports in South Carolina.

The Spartanburg Downtown Memorial Airport (SPA) is a general aviation/small craft airport owned and operated by the City, which lies southwest of town.[55] 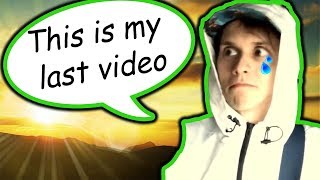 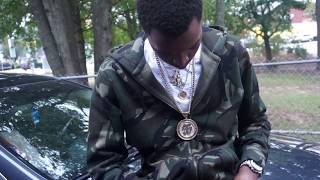 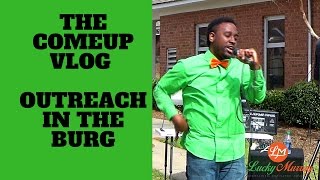 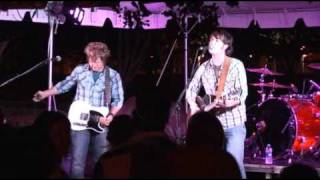 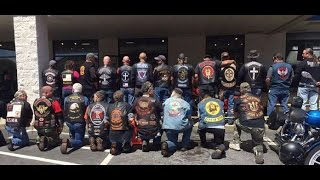 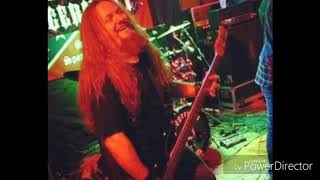 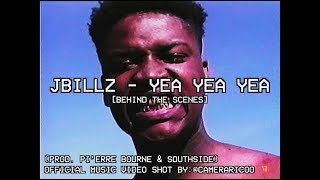 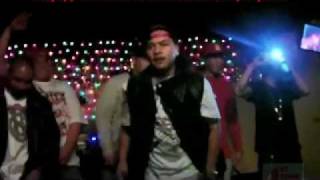 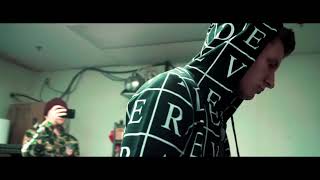 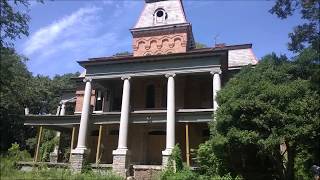 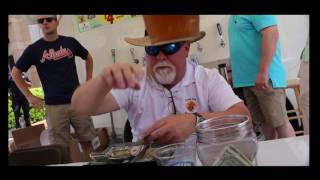 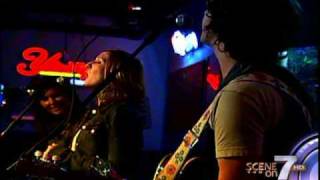 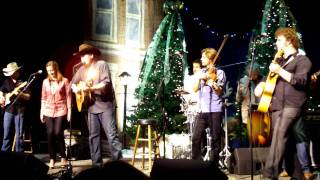 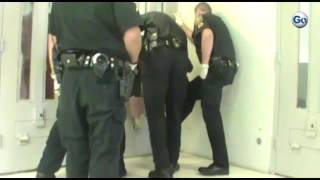 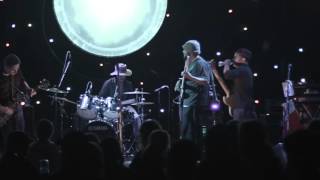 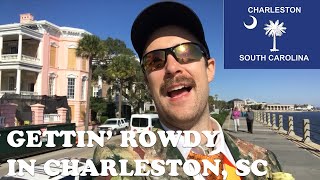 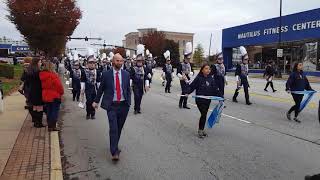 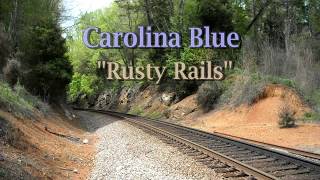