Madisonville's Tchefuncte River Lighthouse stands on the Saint Tammany northshore of Lake Pontchartrain. This lighthouse was built in 1837.[2]

St. Tammany Parish (French: Paroisse de Saint-Tammany) is a parish located in the U.S. state of Louisiana named after Tamanend, a Principle Lenape Chief[3] considered the "Patron Saint of America."[4][5][6] Although not a saint of the Roman Catholic Church, George Washington held him in higher esteem than Roman Catholic Saints. Even qualifying him as divine and possessing moral perfection.[7] As of the 2010 census, the population was 233,740,[8] making it the fifth-most populous parish in Louisiana. The parish seat is Covington.[9] The parish was founded in 1810.[10]

St. Tammany Parish is included in the New Orleans-Metairie, LA Metropolitan Statistical Area. St. Tammany Parish is one of the fastest-growing parishes in the state, along with Livingston and Ascension.[11] The population has quadrupled since 1970, and is expected to double again by 2030, expecting to diversify the population of the parish.[12] Though it was not heavily directly damaged by Hurricane Katrina, the community is growing in large part due to subsequent displacement of populations because of the shifting landscape in the larger Metropolitan area due to the recovery and subsequent climate change effects.[12]

St. Tammany Parish is colloquially referred to as part of the "Northshore" or "North Shore" throughout metropolitan New Orleans, owing to its location on Lake Pontchartrain. It is the most affluent parish in the state, has a nationally-recognized system of public schools, and is the most politically conservative parish in the New Orleans region.

In 1699, Pierre Le Moyne d'Iberville, a French explorer, was the first European to visit the area of present-day St. Tammany Parish. While exploring lakes Pontchartrain and Maurepas, Iberville wrote in his journal, "The place where I am is one of the prettiest I have seen, fine level ground bare of canes. The land north of the lakes is a country of pine trees mixed with hard woods. The soil is sandy and many tracks of buffalo and deer can be seen."

St. Tammany was originally inhabited by numerous Indian peoples, including the Colapissas, Bayou Goulas, Chickasaw, Biloxi, Choctaw and Pensacola nations (although Frederick S. Ellis, in his book St. Tammany Parish: L'autre Côté du Lac, claims that the regionally prominent Choctaw tribe did not arrive in the area until after it had begun to be settled by Europeans).

After the 18th-century founding and development of New Orleans, French settlers began to enter the region. The primary industry was the production of pitch, tar, turpentine and resin from the forests.

After France was defeated in the French and Indian War, St. Tammany (along with the other future "Florida Parishes") became part of British West Florida. During this period, the area comprising today's St. Tammany attracted British loyalists who wanted to escape persecution in the Thirteen Colonies. After Great Britain was defeated in the American Revolutionary War, West Florida was governed by the Spanish. The West Florida period ended with the West Florida revolt, which precipitated annexation by the United States.

Creation and naming of the parish

In 1810, President James Madison claimed West Florida as part of Louisiana and sent William C. C. Claiborne to claim the territory. Claiborne established the boundaries of the Florida Parishes. He created St. Tammany Parish and named it after the Delaware Indian Chief Tamanend (c.1628-1698), who made peace with William Penn and was generally renowned for his goodness.[13] Among the nine Louisiana parishes (counties) named for "saints" (see "List of parishes in Louisiana"), St. Tammany is the only one whose eponym is not a saint of the Roman Catholic Church, the ecclesiastical parishes of which formed the basis for the state's civil parishes. In fact, Tamanend is not known to have been a Christian, and was certainly not a Roman Catholic. However, he became popularly revered as an "American patron saint"[14] in the post-Revolutionary period (long after his death).

Under Spanish rule, the area east of the Tangipahoa River, which would become St. Tammany Parish (and later Washington Parish to the north), was known as the St. Ferdinand District. Due to the fact that Ferdinand was also the name of the disputed King of Spain at the time, it was deemed that the new parish should have a more "American" sounding name.

In the early 1830s, there were only two towns in St. Tammany: Covington, a retreat with summer homes and hotels; and Madisonville, a shipbuilding and sawmill town. The area south of Covington to Lake Pontchartrain's northern shore and extending eastwards to the Pearl River border with the state of Mississippi was known as the Covington Lowlands. This region included the present-day towns of Mandeville, Abita Springs, Lacombe, Slidell, and Pearl River.

Mandeville was founded in 1834 by Bernard de Marigny de Mandeville and was developed as a health resort for wealthy New Orleanians, because it was believed that ozone was both salutary and naturally emitted by the numerous trees in the area (both beliefs later proven false), giving rise to an early name for the region -- the "Ozone Belt".

Round-trip trolley ticket on the St. Tammany and New Orleans Railways and Ferry Co., punched to be good on the transit line between Mandeville and Covington, Louisiana, for the date of December 30, 1915

With the completion of high-speed road connections to St. Tammany from New Orleans and its older suburbs (Lake Pontchartrain Causeway, the I-10 Twin Span Bridge), the parish began to develop as a bedroom community. Suburban sprawl first took root in and around Slidell, Louisiana, in the eastern part of the parish. Though the Causeway was completed in 1956 and linked suburban Metairie with western St. Tammany, growth in and around western St. Tammany towns like Mandeville, Covington, and Madisonville only gathered momentum in the late 1960s.

While St. Tammany was sparsely populated and almost wholly rural in the 1950s, its population exceeded 200,000 in the wake of Hurricane Katrina's landfall in 2005.

A major event in the parish's transition from a bedroom community of commuters to a more diverse and independent economic unit occurred in 2008 with the relocation of Chevron's regional corporate headquarters from downtown New Orleans to an office park outside of Covington.

Hurricane Katrina made its final landfall in eastern St. Tammany Parish. The western eye wall passed directly over St. Tammany Parish as a Category 3 hurricane at about 9:45 AM CST, August 29, 2005.[15] The communities of Slidell, Avery Estates, Lakeshore Estates, Oak Harbor, Eden Isles and Northshore Beach were inundated by the storm surge that extended over 6 miles (10 km) inland. The storm surge impacted all 57 miles (92 km) of St. Tammany Parish's coastline, including Lacombe, Mandeville and Madisonville.[16] The storm surge in the area of the Rigolets Pass was estimated at 16 feet (4.9 m), not including wave action, declining to 7 feet (2.1 m) at Madisonville. The surge had a second peak in eastern St. Tammany as the westerly winds from the southern eye wall pushed the surge to the east, backing up at the bottleneck of the Rigolets Pass.

Initial search and rescue operations were conducted south of U.S. Highway 190 from Lacombe east to the state line.[17] Fire District No. 1 and the St. Tammany Parish Sheriff's office evacuated over 3,000 people from flooded homes and rescued about 300 people in imminent danger.[18] Radio communications among first responders functioned throughout the rescue period, but the 9-1-1 system was not operational for ten days.[19] Utility services were not available anywhere in the parish. Generator power was available for hospitals and a special needs shelter. Hospitals were running at capacity on generator power.

Saint Tammany Hall (background) is the first building students pass on going through the main entrance to Southeastern Louisiana University in Hammond, Louisiana.

St. Tammany Parish Public Schools operates the public schools in the parish. They are consistently rated as among the highest-performing in the state.

The parish is the eponym of Saint Tammany Hall on the campus of Southeastern Louisiana University, in neighboring Tangipahoa Parish. 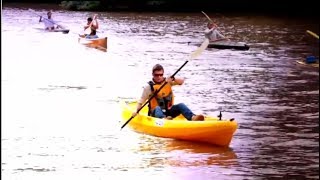 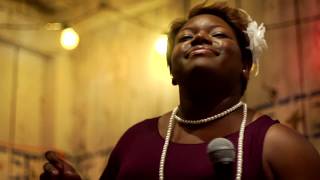 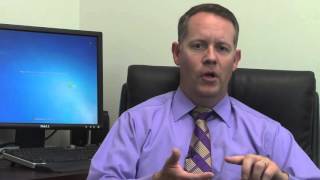 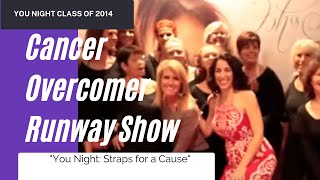 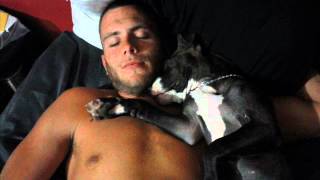 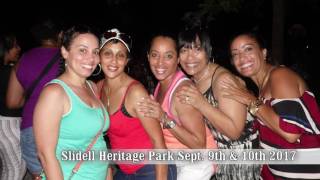 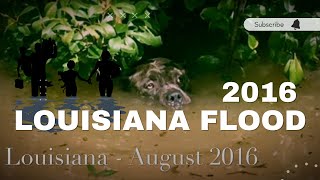 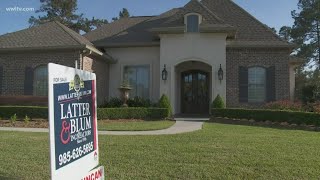 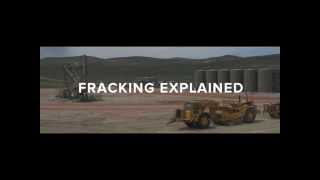 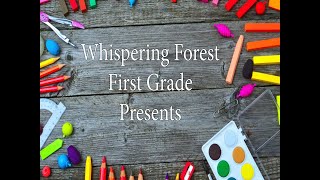 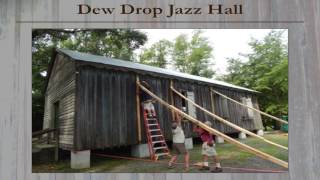 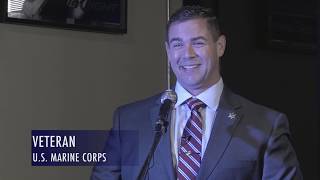 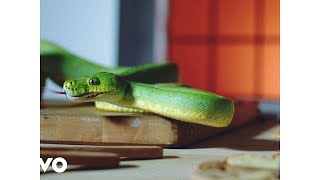 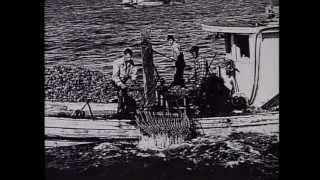 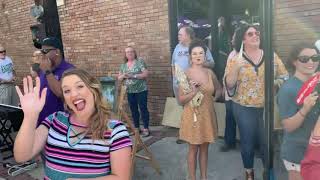 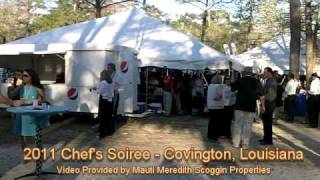