The history of Stone Mountain began long before white European settlers and the Creek Indians before them. Evidence of numerous earlier Native American tribes, including mound builders, have been found in the area of the mountain.[6]

The Treaty of Indian Springs in 1821 opened a large swath of Georgia for settlement by European Americans on former Creek Indian land, including present-day Stone Mountain Village. In 1822, the area that now makes up the city was made a part of the newly formed DeKalb County.

By the 1820s, Rock Mountain, as it was then called, was "a major travel center", with an inn for travelers. A stagecoach line linking the village with Georgia's capital, Milledgeville, began in 1825. Another stage line ran to Winder and Athens. In 1828 another stage line began trips to Dahlonega, and a fourth connected the community with Macon.[7]:27 "Hundreds of people visited Rock Mountain in the summer [of 1828] and...a house of entertainment was nearby."[7]:28 Rail service did not reach the town, by then New Gibraltar, until 1845.[7]:33

A post office was created in 1834 on the old Augusta Road, and Andrew Johnson, called the founder of New Gibraltar and first mayor,[8] around whose house the city limits were drawn,[7]:32 built a hotel along the road in 1836. ("An 1843 amendment to the act of incorporation extended the town limits to 600 yards (550 m) in every direction from the house of Andrew Johnson."[7]:31) About 1839 Aaron Cloud, who also had a hotel,[7]:33 built a wooden observation tower, octagonal like a lighthouse and 150 feet (46 m) high, along with a restaurant and club, at the summit of the mountain. This tower was destroyed in 1849 by a storm; a smaller, 80 feet (24 m) tower, with telescopes so it could serve as an observatory, was built by Thomas Henry in 1851.[7]:29 Visitors to the mountain would travel to the area by rail and road, and then hike up the 1.3-mile (2.1 km) mountaintop trail to the top. By 1850, Stone Mountain had become a popular destination of Atlanta urbanites who would endure the 4-hour round trip via rail just to experience its natural beauty, fine lodging, and attractions.[9][6]

Quarrying of granite at the mountain was the lifeblood of the area for decades, employing many thousands over those years. The excellent grade of building stone from the mountain was used in many notable structures, including the locks of the Panama Canal, the roof of the bullion depository at Fort Knox, the Liberty National Building in Philadelphia, and the steps in the east wing of the US Capitol in Washington, DC.[10]

In August 1846, New Gibraltar hosted Georgia's first state fair, then known as the Agriculture Fair and Internal Improvement Jubilee. The fair had just one exhibit--three horses and two cows, both belonging to the event's organizer, John Graves. The following year, the village again hosted the event, which featured caskets, marble, embroidery, brooms, bedspreads, vegetables, blooded stock, wheat, farm tools, and a magnetic telegraph. Stone Mountain hosted the event until 1850 when it moved to Macon.[8]

Though DeKalb County voted against secession from the United States, it was not spared the devastation of the Civil War. Stone Mountain Village went physically unscathed until the Battle of Atlanta,[11] when it was destroyed by men under the command of General James B. McPherson on July 19, 1864. Several antebellum homes were spared as they were used as hospitals. The railroad depot had its roof burned, but the building stood, owing to its 2-foot thick granite walls.[12]

From the time of the Village's initial destruction in July 1864 until the following November, Stone Mountain and the surrounding area were scavenged by Union forces, taking corn, wheat, cotton, cattle, and other goods. On November 15, 1864, between 12,000 and 15,000 Union troops marched through Stone Mountain and further destroyed the rail lines. The rails were rendered useless by heating them over burning railroad ties, then twisting them around trees. The term Sherman's neckties was coined for this form of destruction.[12]

After the Civil War ended, housing in the area was rebuilt as Stone Mountain granite was again in demand for construction across the nation. A significant portion of the quarry's work force consisted of African Americans. However, they were generally excluded from areas where white families lived, so a shantytown, Shermantown, came into being at the southeast side of the village; its name was a reference to Union General William T. Sherman.

In 1868, Bethsaida Baptist Church was organized by Reverend R.M. Burson to serve the Shermantown community. A church building was then built under Reverend F.M. Simons at what is now 853 Fourth Street. Simons was among a delegation of southern African American pastors to meet with General Sherman in Washington, D.C. after the war to discuss the treatment of the freedmen. Bethsaida Baptist is still an active part of the Stone Mountain Village.[12]

By the twentieth century, much of Shermantown's original structures had been replaced. Bethsaida's original wooden structure was replaced with stone in 1920. Though Shermantown has mostly integrated into the growing Stone Mountain Village, it retains its own distinct community.

Rebirth of the Ku Klux Klan

1915 was the year of the rebirth of the Ku Klux Klan, a white supremacist organization. Members assembled at Stone Mountain with permission of the quarry owner Samuel Venable, an active member. Their activities, including annual cross-burnings, continued for over 40 years, but Stone Mountain's association with the Klan began to erode when the State of Georgia began acquisition of the mountain and surrounding property in 1958. In 1960, Governor Ernest Vandiver took the bold move to condemn the property the state had purchased in order to void the perpetual easements Venable had granted the Klan. This ended any official link between Stone Mountain and the Klan.[13][14][15] During the Civil Rights Movement's March on Washington, DC on August 28, 1963, Martin Luther King Jr. referred to Stone Mountain in his iconic "I Have a Dream" speech when he proclaimed "let freedom ring from Stone Mountain of Georgia!"[16] The Freedom Bell on Main Street was dedicated in his honor on February 26, 2000 by the late Charles Burris, the Village's first African-American mayor. At an annual ceremony held on Martin Luther King Jr. Day, the bell is rung to commemorate Dr. King's legacy.

The mountain has been known by countless names throughout the centuries. The mountain was called Crystal Mountain by 16th-century Spanish explorer Juan Pardo when he visited in 1567. The Creek Indians who inhabited the area at that time used a name translating to Lone Mountain. Around the turn of the 19th-century, settlers called it Rock Mountain or Rock Fort Mountain.[6] By the close of the 1830s, Stone Mountain had become the generally accepted name. Like the mountain, the village formed at its base was initially known as Rock Mountain but was incorporated as New Gibraltar in 1839 under an Act of the General Assembly. The name was changed again in 1847 to its current moniker Stone Mountain by the Georgia Legislature.[11]

The Stone Mountain Cemetery, established around 1850, is a microcosm of the Village's past. It is the final resting place for roughly 200 unknown Confederate soldiers. There are 71 known Confederate soldiers buried there, along with James Sprayberry, a Union soldier. Another notable site would be the grave of George Pressley Trout, who is buried there with his wife and his horse.[8] James B. Rivers, the Village's first African American police chief, is at rest there on a hillside facing the mountain. The cemetery is still in active use.

Stone Mountain is governed by a council-manager form of government. Citizens elect a mayor and six council members who are all elected at-large. The terms of office are four years, with elections staggered every two years. Daily operations of the city are managed by an appointed professional city manager. Services provided by the city include police, public works, code enforcement, and municipal court.

The city also has standing commissions for historic preservation, downtown development, and planning & zoning. The city holds a City of Ethics designation from the Georgia Municipal Association[17] and is a member of Main Street America.

Stone Mountain is located at the western base of the quartz monzonite dome monadnock of the same name. While Stone Mountain city proper is completely within DeKalb County, the postal regions designated, and traditionally considered as Stone Mountain include portions of DeKalb and Gwinnett Counties. Ghost sign of a fictional company left from a previous film production.

The Stone Mountain area has been a beneficiary of the flourishing film industry in Georgia. The sight of film crews and production personnel have become common in Stone Mountain Village. Due to the demand for filming in the historic downtown area, requests for filming in the Village are handled through the downtown development authority.[23] The proceeds help fund festivals and other public events for the community.

Most of the shops and buildings on Main Street were built right after the turn of the 20th century and maintain many of the original facades. This has provided an appropriate backdrop for a number of filming projects, ranging from period pieces to those requiring a quaint village setting.

Portions of motion pictures like Footloose (2011) and Need for Speed (2014) were filmed in the Village. The growing number of television show credits include The Vampire Diaries, Kevin (Probably) Saves the World, MacGyver, and the popular Netflix science fiction/horror series Stranger Things.

Stone Mountain Village is home to a number of community, civic, and outreach organizations:

The children of Stone Mountain are served by the DeKalb County Public Schools. Stone Mountain Elementary School and Champion Theme Middle School are within the city limits. 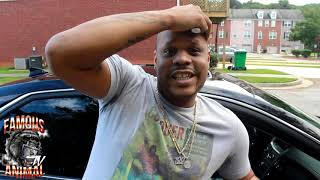 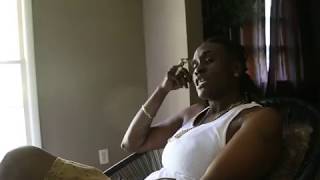 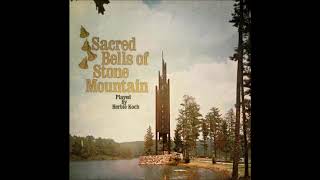 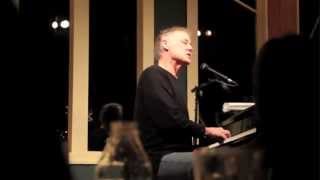 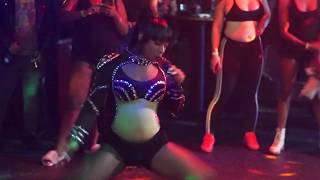 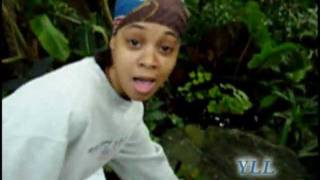 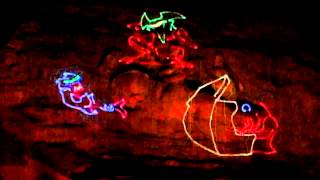 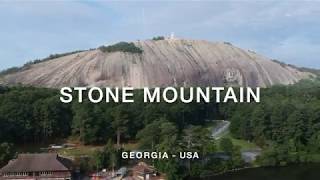 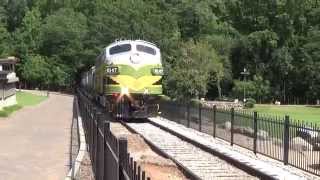 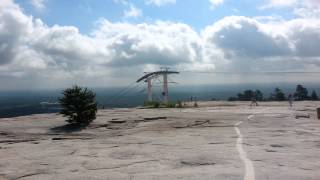 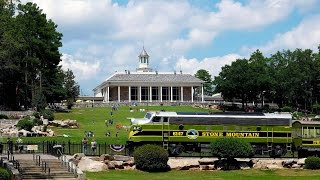 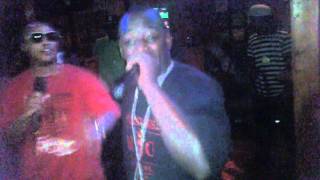 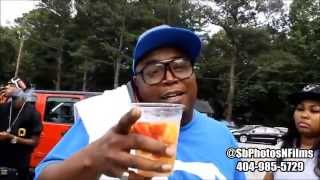 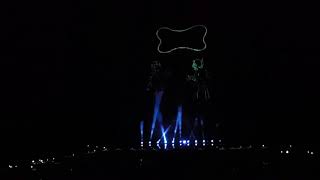 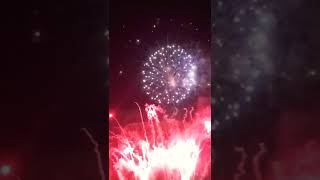 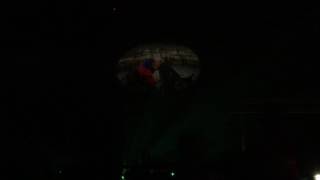 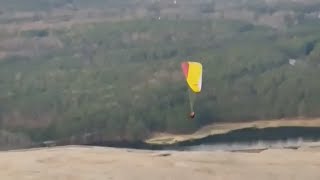 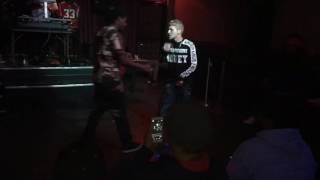