Swartz Creek is a city in Genesee County in the U.S. state of Michigan. The population was 5,758 at the 2010 census. The city is a suburb of Flint and has incorporated land formerly within Flint Charter Township, Gaines Township, and Clayton Township, but is administratively autonomous from all three.

Native Americans traveled the trail that paralleled the Swartz Creek to reach the maple trees, on what would later be the Crapo Farm, to fish, gather fruit, and hunt. This trail terminated in the Lansing area.[7]

The Miller Settlement, and future core Swartz Creek community, was founded in June 1836 when it was first settled by Adam Miller, a German, and his family of eleven children[7][9] in then Flint Township at its original size of 9 township survey areas.[10] On March 11, 1837, just weeks after Michigan became a state, the southern area that would make up the community was placed into Mundy Township.[8]Flushing Township was formed on March 6, 1838, split off from Flint Township,[8] and included the northern part of the settlement. Two settlers were buried on the Miller property before that acre was deeded to Flushing township by Adam Miller.[11]

In 1848, Miller Road was designed as a state road.[7] in 1842, a post office was set up in the community called Swartz Creek after the stream. Soon, the community assumed that name. The Village of Swartz Creek subdivision was platted in 1877.[9]

In 1881, Swartz Creek had a rail station called Hamilton. Serving the station was the Goodyear and Miller elevator and Western Union Telegraph. The locality also had a hotel run by William Brown, a Methodist church and a district school. The creek powered a saw mill and a flour mill at the time. Sommers & Brewer business was a manufacturer of potash.[12]

The first Masonic Temple in the community was built in 1906 on Miller Road.[7] By the 1910s, the unincorporated village's major industry was sugar beet farming with three beet weighing stations. An elevator and two churches were located there by 1916. A private bank, which was managed by Ira T. Sayre as part of a chain, was also open at that time.[8]

In 1927, the community's downtown roads were paved with gravel supplied by the Crapo Gravel Company, which created the now Winchester Lake. Electrical power was brought to the area that same year.[13]

On Wednesday April 7, 1954 at about 7:40 PM, a small tornado hit the community. The tornado destroyed the fire hall, knocking down power lines and taking roofs off homes while only injuring two.[14]

Otterburn as the rest of Flint Township was in Grand Blanc Township at its organized on March 9, 1833 then split off into Flint Township on March 2, 1836 then with the west half of the survey area was place in Flushing Township. The first land purchase in section 31, the general area of Otterburn, was on May 30, 1836 by John W. McNair.[11]

Otterburn was in Flint Township, had about 150 residents and had its own train depot that opened in 1882.[15] The location was known as Otterburn as otters were generally seen there on the Swartz Creek, a burn. On August 27, 1887, Charles F. Shumway assumed the position of postmaster for the post office upon its opening. The post office closed on October 31, 1913.[15] In 1957, a Chevrolet plant, which was also referred to as Otterburn, was built in this area[16] for its service and parts operations moved from the west Flint Chevy in the Hole complex.[17]

Crapo Farm was sold in 1955 after parts were donated for St. Mary's Cemetery and Mary Crapo School.[18] The Winchester Village subdivision was built on the former farm.[9] Which was followed by another, Winchester Woods. All of the village and most of the woods[19] were incorporated into the City of Swartz Creek in 1959 at its founding.

In 1950s, GM executive started a "New Flint" regional/metropolitan government plan to incorporate the metropolitan area into Flint. The proposal was released in 1957 and petition began circulating the next year. Area residents were fearful of the New Flint would take the Otterburn plant into its borders. While New Flint proponents indicated that that would not be the case, area residents campaigned against New Flint while moving to incorporate the area.[17] The city was incorporated on December 1, 1959. The city included parts of Gaines (Winchester Village), Clayton and Flint Townships (Otterburn).[20]

In 1986, Sports Creek Raceway opened. The raceway was a harness racing track.[21] The city received about $425 thousand a year from wager dollars until 1993 when John Engler became Michigan governor. Engler reduced cash flow from the casinos for two years until a new distribution formula allow the state to pay less, $126 to 118 thousand in the mid-2000s.[22]

Gaines and Mundy Townships ceased contributing to cover building cost for the Swartz Creek Perkins Library in the 2000s, while Clayton Tonwship stopped their funding in 2011.[23] In April 2011, the Flint Flames, a semi-professional Women's Blue Chip Basketball League team, changed ownership and its name to Flint Monarchs and move its games to the Cage Field House in Swartz Creek from Flint Northern High School.[24] In 2014, the Monarchs moved their games to Flint.[25]

In 2004, the city formed a downtown development authority.[26] As early as 2006, Meijer was planning to locate in Swartz Creek. Construction finally started in September 2012 on the new prototype store. On May 16, 2013, the store opened on Morrish Road north of I-69.[27]

In December 2013, the city council voted 4 to 3 to adopt a public safety special assessment district consisting of the whole city with a millage levy of 4.9 mills. While a referendum petition could take the assessment to the ballot, some residents threatened a recall.[27] In January and February 2014, the city and Gaines Township was contact by Mundy Township Supervisor David L. Guigear in attempt to meet over regionalization of building department, code enforcement, janitorial and especial police.[28]

Also in December 2013, City Manager Paul Bueche planned for a medical and disability leave from his job with the recommendation that an interim and permanent replacement be hired, city zoning administrator and DDA director Adam Zettel. Zettel was also assistant city manager for the city of Owosso and former assistant city manager for the city from 2006 to 2010. The city council accepted Bueche's recommendation and hired Zettel effective January 1, 2014.[29] Bueche died on May 15, 2014.[30]

Sport Creek Raceway was closed by the Michigan Gaming Control Board on January 1, 2015 when the raceway could not agree to terms with the Michigan Harness Horsemen's Association.[21] Despite being under New Ownership as of January 2019, there were no plans to reopen the track in 2019.[31]

Fourth precinct council member Michael Shumaker died on March 2, 2016 with his appointed temporary replacement being Jim Florence. A council member considered the city charter to have conflicting provisions thus bring into question an interim election in November.[34] After 34 years of council service, Richard B. Abrams, last serving as mayor pro tem and prior mayor, did not seek reelection in November 2016.[35]

On January 9, 2016, the Swartz Creek City Council voted to disband its police department by merging the department with Mundy Township's into the Metro Police Authority of Genesee County effective February 1, 2017.[36] On October 1, 2019, the city turned over the operation of the city's parking violations bureau to the Metro Police Authority.[37] Swartz Creek began receiving Karegnondi Water Authority water treated by Genesee County Drain Commission Water and Waste Division on December 15, 2017.[38]

The City has three parks, Elms Road Park, Winshall Park and Bicentennial Park with Bicentennial being a limited park with a pavilion and a few benches.[43] The city provides a building that is shared by the senior center and the library branch.[23]

The city is served by the following other governmental agencies:

The west branch of the Swartz Creek flows from west to east through the city, generally as the southern border for the east most third, toward the Flint River, leaving the southeast corner of Clayton Township separated from the rest of the township. Just south and parallel to the creek is the Canadian National Railway line, formerly the Grand Trunk line, which runs between Flint and Durand.

This climatic region is typified by large seasonal temperature differences, with warm to hot (and often humid) summers and cold (sometimes severely cold) winters. According to the Köppen Climate Classification system, Swartz Creek has a humid continental climate, abbreviated "Dfb" on climate maps.[50] 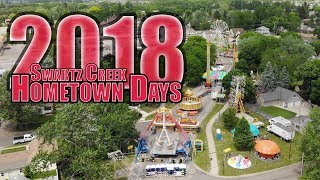 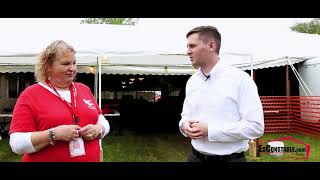 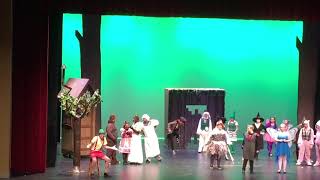 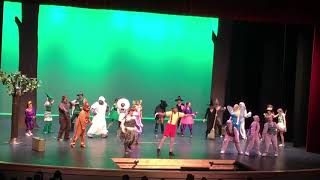 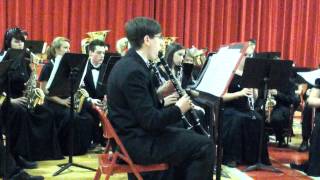 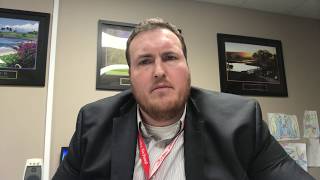 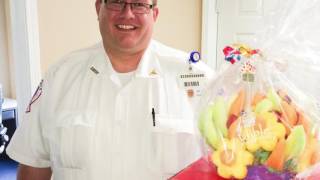 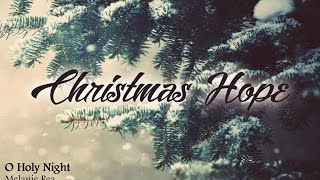 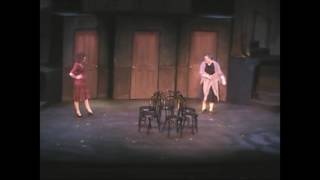 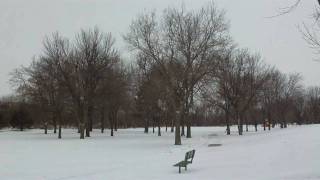 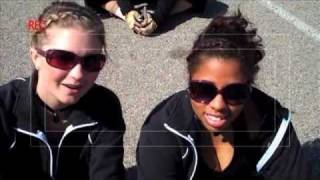 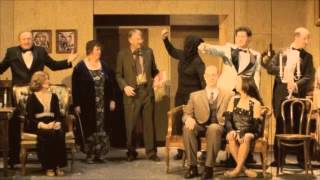 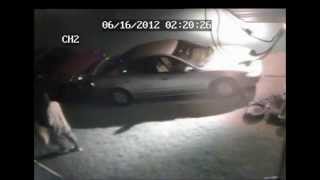 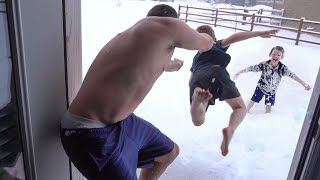 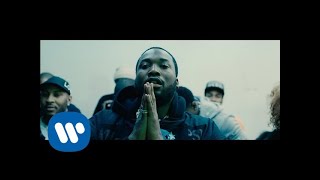 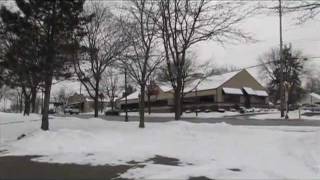 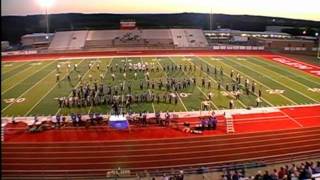 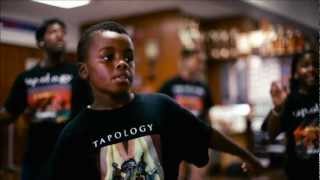 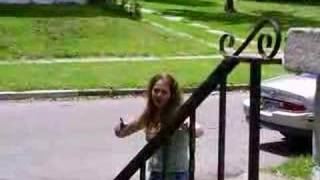