Their debut album Emmerdale (1994) gave them a solid base in their home country and enjoyed some success abroad, especially in Japan. It was not until their second album Life (1995) that an international reputation was secured. Their popularity rose when their single "Lovefool", from the album First Band on the Moon (1996), was included in the soundtrack to the 1996 film Romeo Juliet.[2] Other singles included "Erase/Rewind" and "My Favourite Game" from the album Gran Turismo (1998). After a two-year hiatus the band returned recording and releasing their fifth album Long Gone Before Daylight (2003) a mellower country-laden record. Their last album Super Extra Gravity (2005), a continuation of the country music infused by pop sensibility and further maturing in the band's sound. After a 2006 tour, the band embarked on a long five-year break from musical activities, before reuniting in 2012 to play several concerts. Overall the band sold over 15 million albums worldwide.

Peter Svensson and Magnus Sveningsson, both heavy metal musicians, formed the group on 31 October 1992 in Jnkping, Sweden, with drummer Bengt Lagerberg, keyboardist Lars-Olof Johansson and lead singer Nina Persson.[3] Living together in a small apartment, The Cardigans recorded a demo tape with Persson providing lead vocals on only one of the songs towards the end of the track list. A&R man Ola Hermanson heard the demo and signed the band to his Trampolene imprint. In 1994, they released their debut album Emmerdale in Sweden and Japan; it was re-released internationally in 1997. The album included the Swedish radio hit "Rise & Shine", which was later voted the best of 1994 in a poll in Slitz magazine.

The remainder of 1994 was spent touring Europe and recording Life, which was released worldwide in 1995. Life became an international success, selling more than a million copies and achieving platinum status in Japan. In 1996, Life was released under the label Minty Fresh in the US, but this release was essentially a compilation of tracks from Emmerdale and Life.

After their success with Life, The Cardigans signed with Mercury Records, under which they released First Band on the Moon worldwide in 1996. "Lovefool" was a hit worldwide, particularly in the US and Japan, where the album reached platinum status in three weeks. The album also achieved gold sales status in the US. "Lovefool" was shown on MTV in the late 1990s as a music video with clips from the 1996 hit film Romeo Juliet starring Leonardo DiCaprio and Claire Danes. It also featured in the film Cruel Intentions (1999).

In 1997, the band played themselves on the graduation episode of Beverly Hills, 90210 as the featured entertainment at the fictional California High School's graduation party, hosted by Kelly Taylor's dad, Bill Taylor. The band performed "Lovefool" and "Been It."

1998's Gran Turismo was followed by a long hiatus during which the band members pursued solo side projects. The same year they also released a compilation album of rare B-sides, The Other Side of the Moon as a Japan-only release. The video of the song "My Favourite Game" was censored by MTV for showing reckless driving. Despite this, it went on to become their second global hit song. "My Favourite Game" was featured on the soundtrack of the PlayStation video game Gran Turismo 2 in the intro movie on CD1. That year also saw their song "Deuce" appearing on The X-Files: The Album. Their song "Erase/Rewind" was featured in the 1999 films Never Been Kissed and The Thirteenth Floor. The Cardigans performing in June 2004.

In 1999 the Cardigans recorded a duet cover of Talking Heads' "Burning Down the House" with Tom Jones for his album Reload.[2]

The Cardigans returned in 2002 to record Long Gone Before Daylight (2003), a collection of songs mainly written by Persson and Svensson. Long Gone Before Daylight became one of the best selling albums in Sweden in 2003. After a two-year hiatus from their last album, it was released in Japan on March 19, 2003 and in Europe on March 24, 2003. Later it was also released in Canada (April 22, 2003) and the United States (May 25, 2004).

The album differs from the band's earlier works. Their familiar "happy" pop sound takes on a change to pop songs with more of an American country music influence. It is a much darker album than their previous works, and quieter than Gran Turismo. Indeed, even lead singer Nina Persson dyed her once light blonde hair to jet black, reflecting the band's change of mood.[4] The album was produced by Per Sunding after the group's regular producer Tore Johanssen stepped down, feeling himself unable to provide the country sound the group wanted.

Criticism was generally mixed to positive. Some found the change of direction welcome, and felt the band had matured, making songs that were even better than other experienced country-pop styled artists. Others missed the old pop sound, and accused the band of possibly being ashamed of their former "happy" pop sound. The first single of the album, "For What It's Worth" was released on February 17, 2003. The second single was "You're the Storm" released on June 2, 2003. The third and final single was "Live and Learn" released on December 3, 2003. In the summer of 2004, The Cardigans toured with Liz Phair, Katy Rose and Charlotte Martin on the Chicks With Attitude tour.

On 28 April 2005 the band's iTunes Originals album was released through iTunes. On 19 October 2005 the band released their sixth album Super Extra Gravity to generally favourable reviews.[5]Super Extra Gravity went straight to the #1 spot on the Swedish album chart and was certified gold (sales over 40,000). After the band finished promotional activities in fall 2006, the band entered an extended hiatus and devoted themselves to other projects.

In 2012 the Cardigans received a lucrative offer from Hultsfred Festival to perform the album Gran Turismo in full.[6] After initial hesitation, the band decided to accept the offer "as it felt like a good way of tearing us out of our strange new everyday life," according to Persson.[7] Peter Svensson declined to participate, although he had no objection to the band touring without him. They recruited singer-songwriter Oskar Humlebo to fill in for Svensson, and asked their agent to seek more shows for them to play.[6] Ultimately, the band made their live comeback with shows in Lund and Copenhagen ahead of Hultsfred, before playing in Poland, Finland, Russia, Indonesia, Taiwan and Japan, with a scheduled concert in Israel cancelled by the promoter.[8] Most of these shows involved performing Gran Turismo in full, followed by an assortment of hits from their other albums.

Still with Humlebo in place of Svensson, the band played career-spanning sets when touring resumed during late 2013 with shows in Japan, China and Russia, followed by more dates in 2015 which took them to South Korea, Europe and South America. In interviews promoting her 2014 solo album Animal Heart, Persson suggested that the success of their most recent live dates opened the possibility for future Cardigans recordings, though there were no firm plans. "It's really fun to do greatest hits things, since there's nothing else, but I think if we continue having this much fun we would like to make another record, because we like to create new things," said Persson.[9] The band's only scheduled show for 2016 was at Qstock (Oulu, Finland) on 29 July.[10] In 2017 they performed in Stockholm and in Turku, Finland.

The song "Lead Me Into The Night" was used by Turner Classic Movies as the soundtrack for the 2017 edition of "TCM Remembers".

During the band's first break Nina Persson released an album as A Camp, and Peter Svensson and Bengt Lagerberg worked on the project Paus with help from Joakim Berg from Kent, and Magnus Sveningsson recorded as Righteous Boy.

In 2006, Sveningsson restarted their old label Trampolene and became an A&R for it. The first signing was the Swedish popband The Animal Five, which was a minor success in Sweden and Germany.

Lagerberg and Johansson formed the group Brothers Of End, releasing a debut album The End in 2009, and a second album Mount Inside in 2011. A third album, Shakers Love, was released in 2014, and Nina Persson appeared on the track "Heat".

In November 2006 Persson featured on The Cake Sale, an album set up by Oxfam Ireland. It contained nine tracks from some of Ireland's leading artists. Proceeds from the album went to the fair trade campaign.

Persson also appeared on the Manic Street Preachers' album Send Away the Tigers (May 2007), providing guest vocals on the UK Chart #2 single "Your Love Alone Is Not Enough".[11] She shared vocals with Manics frontman James Dean Bradfield, who also appeared on stage with the band at the Glastonbury Festival 2007, and who has rated Peter Svensson as his second favourite guitarist.[12]

In the band's break of 2007, Persson recorded the second A Camp album Colonia,[13] which was released in early 2009. A Camp supported the US release of Colonia with a tour, which began in New York City on 26 May and completed on 15 June in Los Angeles.[14][15]

Persson released the album Animal Heart under her own name in 2014. 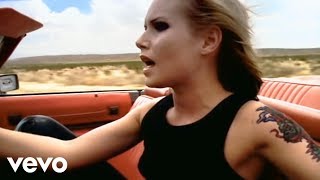 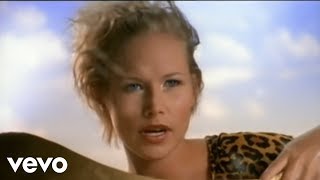 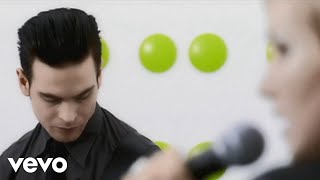 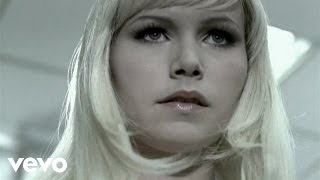 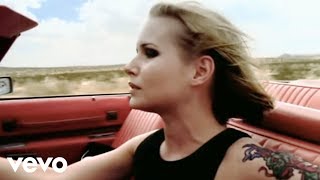 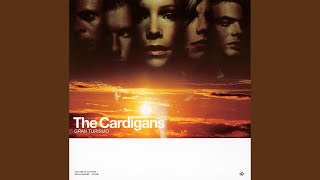 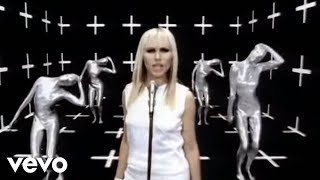 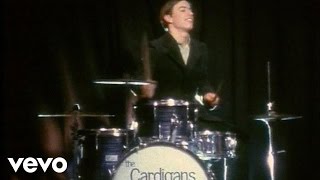 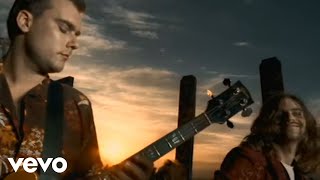 The Cardigans - I Need Some Fine Wine And You, You Need To Be Nicer
Watch   Add to List   Share 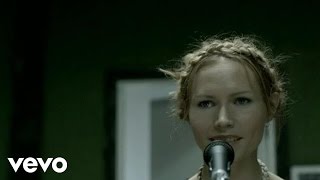 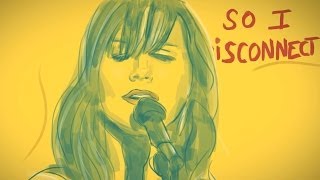 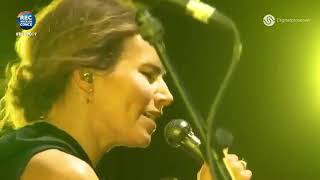 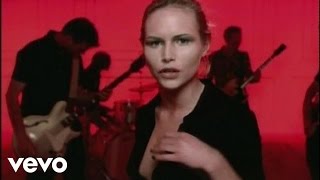 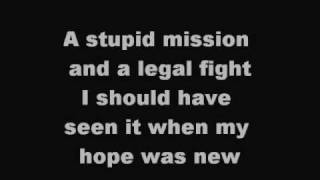 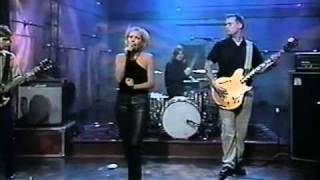