The Cradle Will Rock is a 1937 play in music by Marc Blitzstein. Originally a part of the Federal Theatre Project, it was directed by Orson Welles and produced by John Houseman. A Brechtian allegory of corruption and corporate greed, it includes a panoply of societal figures. Set in "Steeltown, USA", it follows the efforts of Larry Foreman to unionize the town's workers and combat wicked, greedy businessman Mr. Mister, who controls the town's factory, press, church and social organization. The piece is almost entirely sung-through, giving it many operatic qualities, although Blitzstein included popular song styles of the time.

The WPA temporarily shut down the project a few days before it was to open on Broadway. To avoid government and union restrictions, the show was performed on June 16, 1937 with Blitzstein playing piano onstage and the cast members singing their parts from the audience.[1]

The Cradle Will Rock was reprised January-April 1938 as part of the first season of the Mercury Theatre, an independent repertory company founded by Welles and Houseman. An abridged version of the production was recorded and released in 1938, the first original cast recording ever made.

Moll, a young prostitute, is thrown in jail when she refuses to accept money from a corrupt policeman. She is soon joined by the leaders of the Liberty Committee, an anti-union group mistakenly charged with pro-union activities. While the committee members call out for their patron, industrialist Mr. Mister, to free them, a vagrant named Harry Druggist befriends Moll and explains that he lost his business because of Mr. Mister.

Harry then reveals how Mr. Mister came to dominate Steeltown: Years earlier, during World War I, Mr. Mister's wife pays the town priest, Reverend Salvation, to preach sermons supporting her husband's interests. Editor Daily, the head of the local newspaper, begins running articles attacking the steelworker's union and its leader, Larry Foreman, while also hiring the inept Junior Mister as a foreign correspondent. Gus Polack, a newly elected member of the union, is killed in a car bombing that also kills his wife and Harry's son Stevie. Harry is pressured to keep quiet and subsequently loses his business permit, falling into absolute despair.

Eventually, all of Steeltown's prominent citizens join the Liberty Committee, including Salvation, Daily, the painter Dauber, and the violinist Yasha. With their support, Mr. Mister's rule over the town is seemingly unshakeable.

Later that night, Larry is arrested and beaten for distributing leaflets. He urges the others to join him and rise against Mr. Mister, saying that, in time, "the cradle will rock".

A flashback shows Mr. Mister persuading President Prexy of Steeltown University to threaten students with expulsion if they do not join the army. Dr. Specialist, the chairman of the Liberty Committee, is told to cover up the death of a steelworker by writing it off as a drunken accident. He does so even when the worker's sister, Ella Hammer, confronts him knowing the truth.

Later that evening, Mr. Mister arrives and bails out the committee members. He offers to pay off Foreman, but he refuses. As the committee jeers him, he defiantly declares that Mr. Mister's power over Steeltown will soon come to an end as the curtain falls. Marc Blitzstein and the cast of The Cradle Will Rock (1937) 1937 poster for the Federal Theatre Project production at the Maxine Elliott Theatre, where it was never performed

A production of the Federal Theatre Project, The Cradle Will Rock was to begin previews on Broadway June 16, 1937, at Maxine Elliott's Theatre with elaborate sets and a full orchestra.[5] The production was shut down four days before its opening by the WPA,[5] which stated that due to budget cuts, the WPA was reorganizing its arts projects, and all openings of WPA plays, musicals, concerts, and art galleries were to be delayed until after July 1; however, many asserted that the musical had been censored because the pro-union plot was "too radical".[1][6] The theatre was padlocked and surrounded by security to prevent anyone from stealing props or costumes, which were U. S. Government property.[5]

Welles, Houseman and Blitzstein, seeking a way to privately produce the show, rented the much larger Venice Theatre and a piano just in time for the scheduled preview on June 16, 1937.[7] The 600 audience members, who had gathered outside the Maxine Elliot Theatre for the preview, travelled 21 blocks north to the Venice Theatre; many were on foot.[1][5] The sold-out house grew even larger when the show's creators invited people off the street to attend for free. The musicians' union refused to play for the show unless Houseman could provide their full salaries, and Actors' Equity Association stated that its members could not perform onstage at the new theatre without approval of the original producer (the federal government).[5] The show's creators thus planned for Blitzstein to perform the entire musical at the piano.[5] Just after beginning the first number, Blitzstein was joined by Olive Stanton, the actress playing Moll, from the audience.[5] During the rest of the performance, various actors joined in with Blitzstein and performed the entire musical from the house.[8] According to The New York Times's description of the original production, "Persons who heard the opera's score and extracts last night carried no clear impression except that its theme was that steel workers should join a union." Poet Archibald MacLeish, who was in the audience, "praised the 'vitality' of the Federal Theatre Project."[1][9]

Houseman determined that there were no legal restrictions on performing the musical with a new financial backer, and beginning on June 18, Helen Deutsch, press agent for the Theatre Guild, agreed to serve as the financial backer for The Cradle Will Rock; the actors received a two-week leave of absence from the WPA, and, in an agreement with Actors' Equity, Deutsch paid the 19 cast members $1500 for the two weeks' performances.[7] Two days later, Houseman announced that, should the production prove successful, the two-week run would be continued indefinitely.[10] Houseman also announced that the musical would continue to be performed with Blitzstein playing piano onstage and the cast members singing from the audience. He asserted that this made the audience feel like part of the show, stating, "There has always been the question of how to produce a labor show so the audience feels like it is a part of the performance. This technique seems to solve that problem and is exactly the right one for this particular piece".[10] The success of the performance led Welles and Houseman to form the Mercury Theatre.[11][]

The Cradle Will Rock was presented by the Mercury Theatre as part of its inaugural season. On December 5, 1937, it opened in a reduced oratorio version on Sunday evenings at the Mercury Theatre, using the set for Caesar and two rows of chairs. The cast included Will Geer, Howard Da Silva, Hiram Sherman, a chorus of 12, and Marc Blitzstein at the piano.[12]:340

The musical was revived on Broadway on December 26, 1947,[6] at the Mansfield (now Brooks Atkinson) Theater, then moving to The Broadway Theatre) with a cast that included Alfred Drake (Larry Foreman), Vivian Vance (Mrs. Mister), Jack Albertson (Yasha), and original cast member Will Geer (Mr. Mister). The production was directed by Howard Da Silva[14] and played 34 performances.[15]

The Acting Company presented an Off-Broadway production at the American Place Theater from May 9, 1983 to May 29, 1983, directed by John Houseman and featuring a spoken introduction by Houseman, and starring Patti LuPone.[19][20] This production was done "on a dark stage, decorated only with chairs and Dennis Parichy's poetic lighting. At dead center is the upright piano, whose expert player, Michael Barrett, delivers the Brechtian scene-setting announcements as Blitzstein once did."[21] The production was recorded for television and aired on PBS in 1986.[22]

The show was revived in 1985 at The Old Vic (near Waterloo Station) featuring alumni members of The Acting Company.[24] In this production Patti LuPone reprised her role as Moll and was honored with an Olivier Award for Best Actress in a Musical.[25]

Splinter Group Theatre's Chicago production in 1994 was named one of the Ten Best plays of the year by the Chicago Tribune.[26] Directed by Matt O'Brien, with musical direction by Jim Collins, the production style recreated the bare bones approach necessitated by the 1937 production's opening night, and later transferred from Splinter Group's space in Wicker Park to the larger Theatre Building in Chicago, running a total of three months in the two locations.

Mehmet Ergen directed a production in London for the Arcola Theatre's 10th Anniversary in 2010 starring Alicia Davies, Stuart Matthew Price, Morgan Deare, Chris Jenkins and Josie Benson. It was the last show at the Arcola Street location, before the company moved to its new space, opposite the Dalston Junction station.[27]

The Oberlin Summer Theater Festival staged a summer stock production in 2012.[28] Directed by Joey Rizzolo, one of the New York Neo-Futurists (who are known for their Brechtian approach to theater), the production opened to critical acclaim.[29]

The Cradle Will Rock

Front cover of the 1994 book publication of the screenplay for The Cradle Will Rock, an unrealized film by Orson Welles

In 1984, Orson Welles wrote the screenplay for a film he planned to direct--The Cradle Will Rock, an autobiographical drama about the 1937 staging of Blitzstein's play.[30]:157-159Rupert Everett was cast to portray the 21-year-old Welles[31]:117 in the black-and-white feature film. Although the budget was reduced to $3 million,[32] Welles was unable to secure funding and the project was not realized.[30]:215-220

"A couple of studio reports that I've read on the Cradle script seem characteristic," wrote film critic Jonathan Rosenbaum. "Both readers complain that the script assumes an interest in Welles's early life that they didn't happen to share."[32] The unproduced screenplay was published in 1994.[31]

In 1999 writer/director Tim Robbins wrote a semi-fictional film recounting the original production of The Cradle Will Rock. The film, entitled Cradle Will Rock (without "The") blended the true history of Blitzstein's show with the creation (and subsequent destruction) of the original Diego Rivera mural Man at the Crossroads in the lobby of Rockefeller Center (the Rivera mural was actually destroyed in 1934). Several of the original actors from the 1937 production were included as characters in the film, notably Olive Stanton, John Adair, and Will Geer, while others were replaced by fictional characters. Leading man Howard Da Silva was replaced by the fictional "Aldo Silvano" (John Turturro). Although Will Geer played Mr. Mister in the 1937 production, for the movie he was recast in the smaller role of the Druggist and a fictional actor named "Frank Marvel" (Barnard Hughes) portrayed Mr. Mister.

Robbins wrote a book, Cradle Will Rock: The Movie and the Moment, as a companion to the movie; it discusses the original show, his adaptation, and the filming of the motion picture.[33]

A slightly abridged version of Welles's 1937 Mercury Theatre production with narration by Blitzstein was recorded in April 1938 and released on the Musicraft label (number 18). It was the first original cast recording ever made and a digital version is now available through the Internet Archive.[34] In December 1964 the recording was re-released in a limited-edition LP on the American Legacy Records label (T1001).[12]:342[35]:251 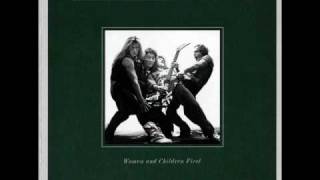 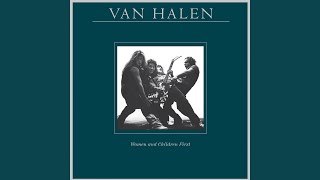 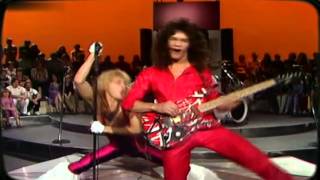 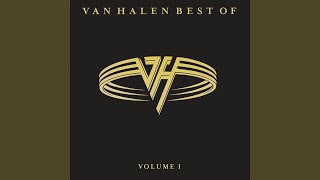 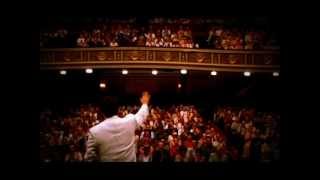 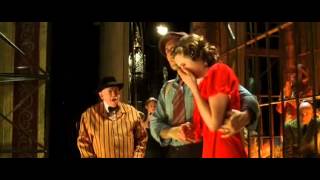 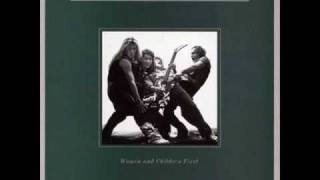 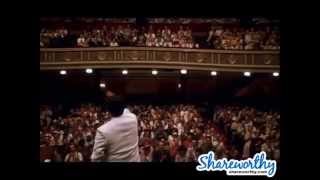 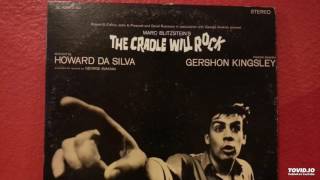 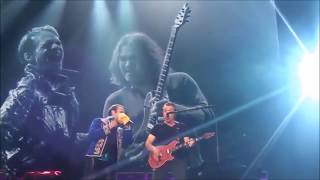 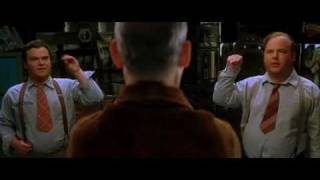 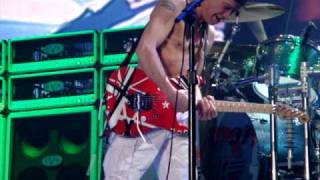 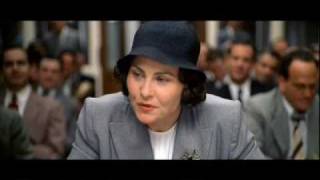 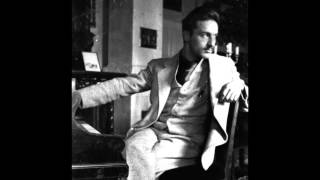 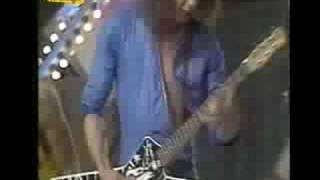 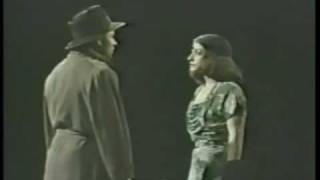 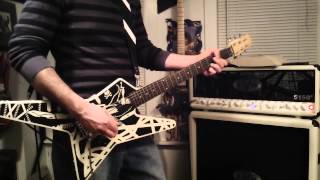 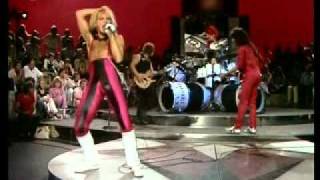 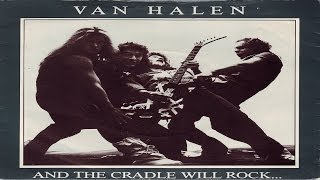