The Grange, officially named The National Grange of the Order of Patrons of Husbandry, is a fraternal organization in the United States that encourages families to band together to promote the economic and political well-being of the community and agriculture. The Grange, founded after the Civil War in 1867, is the oldest American agricultural advocacy group with a national scope. The Grange actively lobbied state legislatures and Congress for political goals, such as the Granger Laws to lower rates charged by railroads, and rural free mail delivery by the Post Office.

In 2005, the Grange had a membership of 160,000, with organizations in 2,100 communities in 36 states. It is headquartered in Washington, D.C., in a building built by the organization in 1960. Many rural communities in the United States still have a Grange Hall and local Granges still serve as a center of rural life for many farming communities. Promotional poster, ca. 1873, that offers a "gift for the grangers"

President Andrew Johnson commissioned Oliver Kelley to go to the Southern states and to collect data to improve Southern agricultural conditions. In the South, poor farmers bore the brunt of the Civil War and were suspicious of Northerners like Kelley. Kelley found he was able to overcome these sectional differences as a Mason. With Southern Masons as guides, he toured the war-torn countryside in the South and was appalled by the outdated farming practices. He saw the need for an organization that would bring people from the North and South together in a spirit of mutual cooperation and, after many letters and consultations with the other founders, the Grange was born.[1] The first Grange, Grange #1, was founded in 1868 in Fredonia, New York.[2] Seven men and one woman co-founded the Grange: Oliver Hudson Kelley, William Saunders, Francis M. McDowell, John Trimble, Aaron B. Grosh, John R. Thompson, William M. Ireland, and Caroline Hall.[3]

Paid agents organized local Granges and membership in the Grange increased dramatically from 1873 (200,000) to 1875 (858,050). Many of the state and local granges adopted non-partisan political resolutions, especially regarding the regulation of railroad transportation costs. The organization was unusual at this time, because women and any teen old enough to draw a plow were encouraged to participate. The importance of women was reinforced by requiring that four of the elected positions could be held only by women.[4] Rapid growth infused the national organization with money from dues, and many local granges established consumer cooperatives, initially supplied by the wholesaler Aaron Montgomery Ward. Poor fiscal management, combined with organizational difficulties resulting from rapid growth, led to a massive decline in membership. By the turn of the 20th century, the Grange rebounded and membership stabilized.

The Granger movement supported efforts by politicians to regulate rates charged by the railroads and grain warehouses. It claimed credit for the ideas of the Cooperative Extension Service, Rural Free Delivery, and the Farm Credit System. The peak of their political reputation was marked by the Supreme Court decision in Munn v. Illinois (1877), which held that grain warehouses were a "private utility in the public interest," and so could be regulated by public law. However this achievement was overturned later by the Supreme Court in Wabash v. Illinois (1886).[5] The Grange also endorsed the temperance cause to avoid alcohol, the direct election of Senators and women's suffrage.

Grange membership has declined considerably as the percentage of American farmers has fallen from a third of the population in the early 20th century to less than two percent today. Between 1992 and 2007, the number of Grange members fell by 40%.[6]Washington has the largest membership of any state, at approximately 13,000.[] As of 2013[update] the Grange continues to press for the causes of farmers, including issues of free trade and farm policy. In its 2006 Journal of Proceedings, the organization's report on its annual convention, the organization lays out its mission and how it works towards achieving it through fellowship, service, and legislation:

The Grange provides opportunities for individuals and families to develop to their highest potential in order to build stronger communities and states, as well as a stronger nation.

In 2019, the National Grange revisioned their Mission Statment:

As a non-partisan organization, the Grange supports only policies, never political parties or candidates. Although the Grange was founded to serve the interests of farmers, because of the shrinking farm population the Grange has begun to broaden its range to include a wide variety of issues, and anyone is welcome to join the Grange.

The Junior Grange is open to children 5-14. Regular Grange membership is open to anyone age 14 or older. The Grange Youth, a group within the Grange, consists of members 13 1/2-35.

In 2013, the Grange signed on to a letter to Congress calling for the doubling of legal immigration and legalization for undocumented immigrants currently in the United States. However, this position has been somewhat revised, and the Grange now emphasizes an expansion in the H-2A visa program to increase legal immigration and address the crisis-level labor shortage in agriculture. They support the enforcement of immigration law but urge discretion with regard to the impact on labor availability.[7] When the Grange first began in 1867, it borrowed some of its rituals and symbols from Freemasonry, including secret meetings, oaths and special passwords.[8] It also copied ideas from Greek and Roman mythology and the Bible. Small, ceremonial farm tools are often displayed at Grange meetings. Elected officers are in charge of opening and closing each meeting. There are seven degrees of Grange membership; the ceremony of each degree relates to the seasons and various symbols and principles.[9]

During the last few decades, the Grange has moved toward public meetings and no longer meets in secret. Though the secret meetings do not occur, the Grange still acknowledges its rich history and practices some traditions.[]

The motto of the Grange is In necessariis unitas, in dubiis libertas, in omnibus caritas ("In essentials, unity; in non-essentials, liberty; in all things, charity"). Indeed, the word "grange" comes from a Latin word for grain, and is related to a "granary" or, generically, a farm.

The Grange and some of its activities featured from time to time in the television series Little House on the Prairie (1974–1983), either in passing or by some of the characters actively and visibly attending Grange meetings in some of the larger centers, such as Minneapolis or Chicago.

The Grange is mentioned in Stephen King's "The Stand".

The Grange is mentioned in The Devil and Daniel Webster.

The National Grange of the Order of Patrons of Husbandry
The Grange Explained in 3 Minutes: US History Review
Watch   Add to List   Share 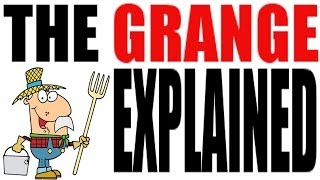 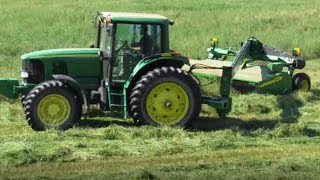 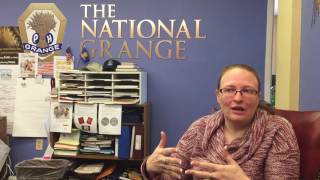 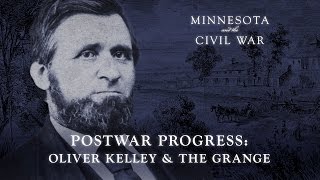 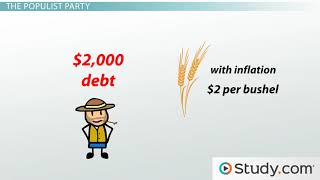 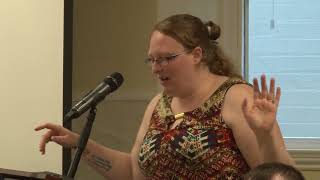 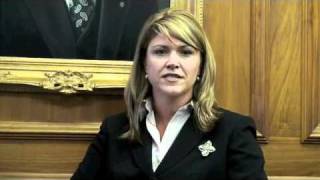 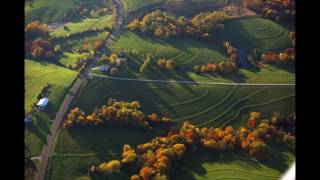 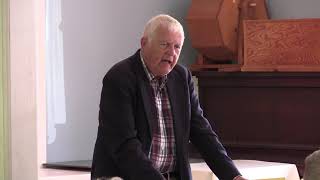 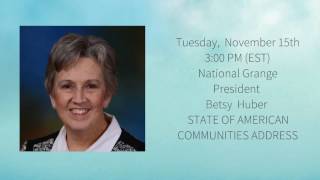 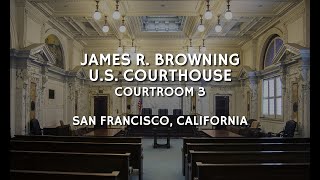 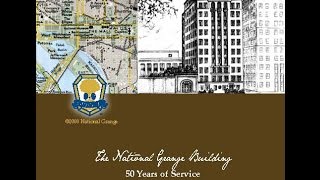 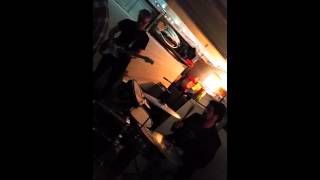 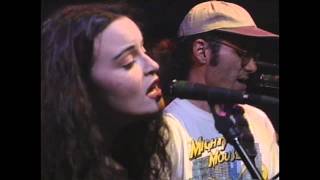 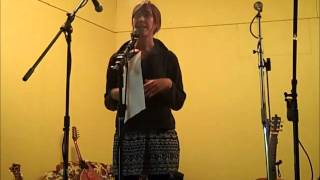 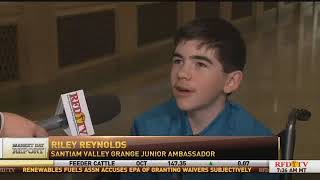 Jimmy Gentry, Overseer of the National Grange addresses the Youth of the Maine State Grange
Watch   Add to List   Share 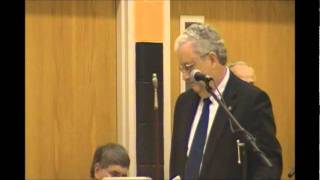